Accessibility links
Education Expert: Don't Discount Charter School Model The debate over school reform is often contentious — and charter schools are often a key part of that debate. Educational consultant Andrew Rotherham explains why he supports strategies that will redesign American public education with the help of charter schools and teacher accountability. 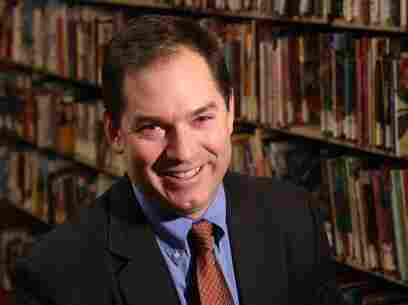 The best schools — whether they're charter schools, public schools or private schools — are intentional about everything they do, says educational analyst Andrew Rotherham.

On Thursday's Fresh Air, Rotherham explains why he supports strategies that will redesign American public education with the help of charter schools, public sector choices and teacher accountability.

Rotherham is a partner at Bellwether Education, a nonprofit organization working to improve educational outcomes for low-income students. Bellwether advises grant-making organizations like The Bill and Melinda Gates Foundation, educational nonprofits and charter school networks on their operational and public policy issues.

Rotherham, who served in the Clinton administration as a special assistant of domestic policy, now spends his days thinking about how to make public and charter schools work for more kids. The public school system worked for him, he says, but only because he grew up in a nice suburb outside Washington, D.C.

"If I had been born just a few miles away, I would have had a very different public education experience," he tells Fresh Air's Terry Gross. "So that's the challenge. It's not about giving up on public schools but it is about acknowledging that right now, when you step back, [only] 8 percent of low-income kids can expect to get a bachelor's degree by the time they're 24. ... [And] when you have a system that produces 8 percent of the low-income kids getting out of college by the time they're 24, something is wrong."

Rotherham cites several character schools he'd like to see used as models around the country, including The Match School in Boston, which focuses on getting kids into college, and the Knowledge Is Power Program, or KIPP, a network of 99 schools in 20 states and Washington, D.C., whose students consistently perform well on state assessments.

"But more than anything else, what I would like to see replicated is that sense of possibility," he says. "These are good schools — there are technical things they do whether it's the way they hire teachers, evaluate performance [or] use data. But I think more than anything else that I'd like to see replicated is that ethos of possibility and thinking differently about what's possible for kids who have been failed by public schools for a very long time."

How The United States Can Improve Education

If the United States is going to get serious about improving academic achievements, Rotherham says, schools need to be intentional about everything they do.

But that model, he says, is often the exact opposite of what happens today in most schools.

"From everything like how much money is spent on these schools to staff, these kids tend to get the least and that's why we see the outcomes that we see," he says "And underneath all of the rhetoric about these various things, that's the problem that we need to solve if we're serious about improving equity."

On charter schools that have been successful

"The Match School in Boston is a really terrific school focused on getting kids into college. There's networks of schools like Achievement First, Uncommon Schools, obviously KIPP is sort of a household name in the debate. And then there's a school here in Washington, D.C., called the Seed School. It's a public boarding school where the kids come in on Sunday nights and they leave on Fridays. ... It's been operating in Washington; they're opening a new one in Maryland and thinking about expanding elsewhere. And that's what I would like to see replicated — the ethos of possibility about what's possible for kids failed by public schools; that sense of thinking big and really doing things differently."

"What we're seeing [is] that a lot of schools struggle to produce a really powerful instructional program for kids and they struggled to do that before No Child Left Behind. Educational history in this country didn't start in 2001. So what you see is a lot of anxiety about the test, you see a lot of counterproductive strategies like drilling kids, cutting out subjects like social studies to focus on reading when research actually shows that the best way to really teach kids in a rich way is to teach kids in a rich way. The schools that don't worry about the test — that actually focus on delivering a powerful curriculum and a powerful instruction to kids — it shows up in the test scores and they do OK."

"Teacher unions get blamed for a lot of things that aren't their fault. It's not the fault of the teachers unions that funding is so inequitable within states, for instance. In many ways, it would be worse without them. I think if you really want to lay blame at their feet today, it would be, 'Are they doing enough to help us address this challenge and are they out in front enough to address this challenge?' And I would say right now the answer is no, but I would say they get blamed disproportionately to their influence and I think if they were to go away tomorrow, there would be a lot of people disappointed in the changes that would actually bring."

"We have pursued a strategy in education over the last 30 years or more. We've hired more and more teachers rather than thinking do you potentially think of hiring fewer and paying more. So we're in somewhat of a box of our own creation. Teachers do need to be paid more. They also need to be paid differently. We have to start differentiating salary much more, and performance pay sort of takes on this outsized-placed in this debate. When we talk about differentiation, it's about, 'What subjects do you teach?' It is easier to find teachers in some subjects than others — we have acute shortages in math, science, special education, foreign languages. ... Some schools are harder to staff than other schools. How can we differentiate and reward that? ... Professionals are rewarded in other fields in non-monetary ways too — opportunities for professional growth, different opportunities for training and so forth. We don't do any of those things at any scale for teachers."