Accessibility links
'Fast and the Furious': A Progressive Force? Wesley Morris, film critic for the Boston Globe, recently wrote that the movies in the Fast and the Furious franchise promote progressive, multicultural ideals. Fast Five, the fifth installment of the franchise, races to theaters this Friday. 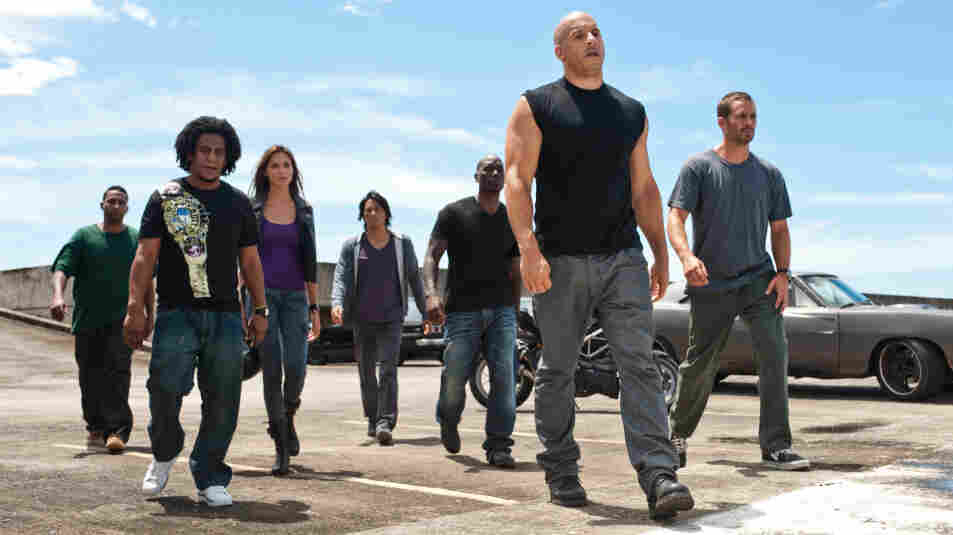 The cast of Fast Five, the latest film in the Fast and the Furious franchise. Jaimie Trueblood/Universal hide caption 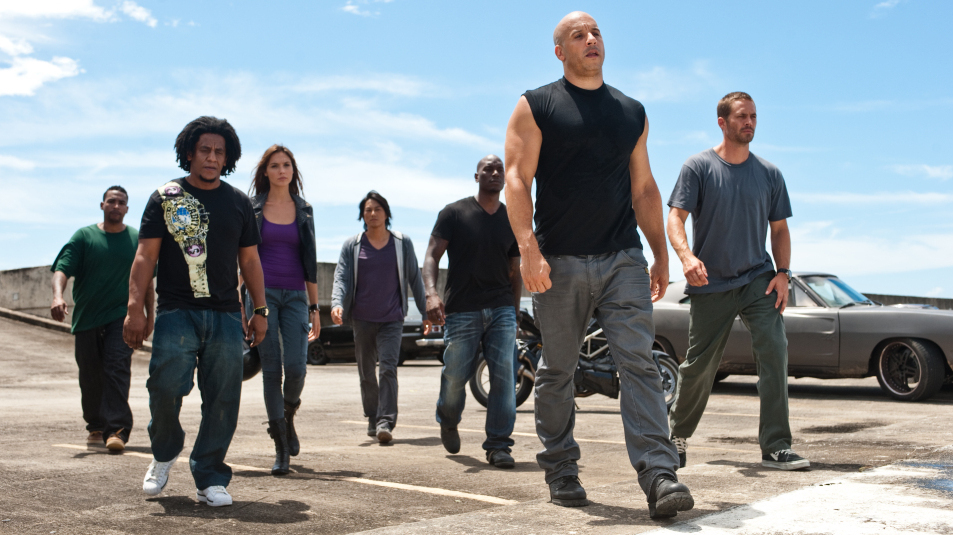 The cast of Fast Five, the latest film in the Fast and the Furious franchise.

The films haven't charmed most critics. But Wesley Morris, film critic for the Boston Globe, calls these bang-'em-up, speed flicks "the most progressive force in Hollywood."

"Basically it promotes race as this very normal thing," Morris tells NPR's Michele Norris. "Around these cars are these very different types of people, but it's not the subject of the movie like it is in most Hollywood movies. Race is just a matter of fact."

Race, he says, "has just sort of exploded into such a thing in these movies that it almost doesn't even matter."

Morris guesses that Vin Diesel, the movie's multi-ethnic star and producer, may have been behind the film's progressive approach.

"I think he's one of those people who's frequently annoyed by having to deal with and answer questions about 'What are you? What background are you?' " Morris says. "And I think one of the things he wants to try to do with these movies — whether consciously or not — in achieving that effect is to sort of eliminate race as a point of conflict and use race as a sort of point of normalcy, which I think is a really revolutionary thing to be able to try to do and achieve."

The movies themselves have been criticized for lacking depth, and recently, The Onion joked that the latest installment had been written by a 5-year-old screenwriter whose goal was to make cars go fast and explode.

"I think there's a degree to which the infantile aspect of the way the movies are laid out serves as a really interesting corollary to how this race thing functions. The audience that sees this movie isn't going to leave this movie saying, 'Wow, it was so awesome to see all those people of color just hanging out like normal.' That's their life. There's nothing to talk about. It's taken for granted. That's just the way it is. But that's not normal in Hollywood."

He points to The Blind Side, which came out in 2009 and stars Sandra Bullock as a white Southern woman who takes in a homeless black teenager.

"You'd think the story would be about him, and having a bad mother and being virtually homeless and not having any options and this woman comes into his life. But the movie is actually about the woman and how good it is that she's brought this kid into her life," Morris says. "It's a vehicle for goodness, and by extension it sort of tells the history of race in Hollywood. It fosters a very familiar liberal idea, which is, 'I, white person, will make myself feel better by bringing you, black person, into my life.' "

While the Fast and the Furious franchise may make strides as a progressive force, Morris admits the women in the films are one-dimensional. However, he notes, pretty much everyone on-screen gets the same treatment.

"I just feel like all the characters are shallow, not just the women," he says. "It's an equal-opportunity shallow here."

But Morris says that in the end, that just doesn't matter.