Accessibility links
Movie Review - 'Cave Of Forgotten Dreams' - Plumbing Time And The Human Spirit A documentary about the Chauvet cave paintings, shot in disconcerting 3-D, is quintessential Herzog — for better or for worse. Hemmed in by strict rules meant to protect the ancient work, the director nonetheless manages to weave art and history compellingly together. 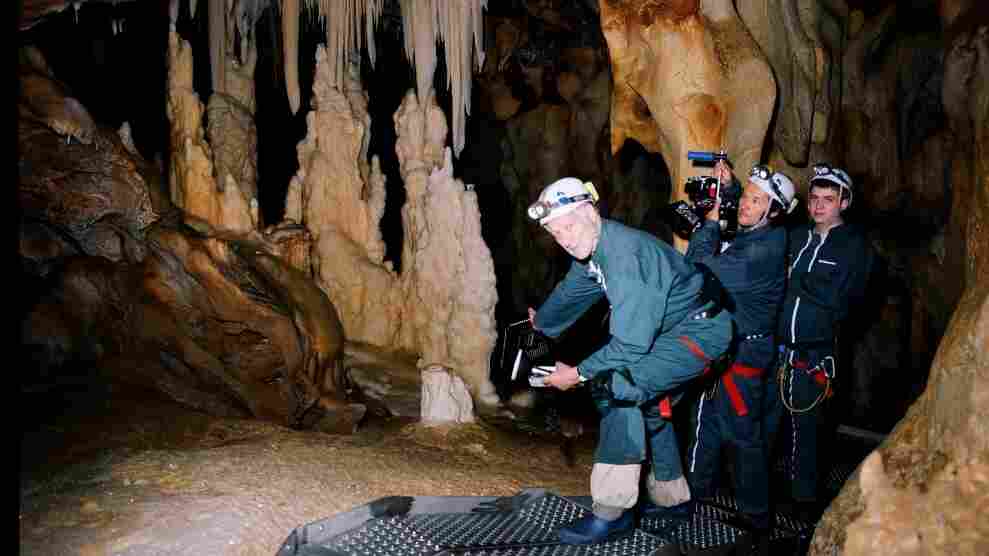 Mind the gaps: Director Werner Herzog was allowed to film some of the world's oldest known cave paintings for his latest documentary — but under strict conditions, and within severe physical and technological limits. Marc Valesella/IFC Films hide caption

'The Mysterious Chamber Of The Lions'

'The Mysterious Chamber Of The Lions'

He has had encounters with happy people, in the wild blue yonder and at the end of the world. Now Werner Herzog, our most blessedly batty cinematic explorer, has set his sights on the beginning of time — or as close as he can get. In Cave of Forgotten Dreams, he wangles his way into the notoriously well protected Chauvet cave system in southern France to film Paleolithic paintings that go back more than 30,000 years. The result is a journey to prehistory that's simultaneously wondrous and tedious, profound and completely nuts — which is to say, quintessential Herzog.

Sealed around 20,000 years ago by a rock slide — until, in 1994, Jean-Marie Chauvet and his team of explorers held their breaths and squeezed through a crack in the wall — the caves are packed with spectacular paintings and relics of extinct species. Confined to a narrow metal walkway (no breathing on the art!) and limited to using nonprofessional cameras, Herzog and a few scientists cheerfully spelunk through the Stone Age. While the geologists marvel at the rocks and the historians assess cave-bear footprints and abandoned skulls, Herzog's steady stream of typically bizarre observations ensure that the claustrophobia and gloominess don't send us to sleep. Gazing raptly on a set of wolf tracks padding beside those of a young child, he wonders: Were they friends, or was the child about to become dinner?

Moments like this, along with the marvelously kinetic images of racing horses and fighting rhinos, make Cave more than just a dry, academic curio — but only barely. Of interest mainly to scientists and hardcore Herzog fans, the film reveals a world that's at once art gallery and graveyard, museum and treasure trove. But the inadequate lighting, the repetitive pans, and the confined perspective of the walkway are eventually headache-inducing, as is Herzog's disastrous decision to film in 3D. Screwing with scale in a major way — a man's head appears to scrape the roof of a cavern; an interviewee seems to dwarf the vista behind him — the format is consistently infuriating. 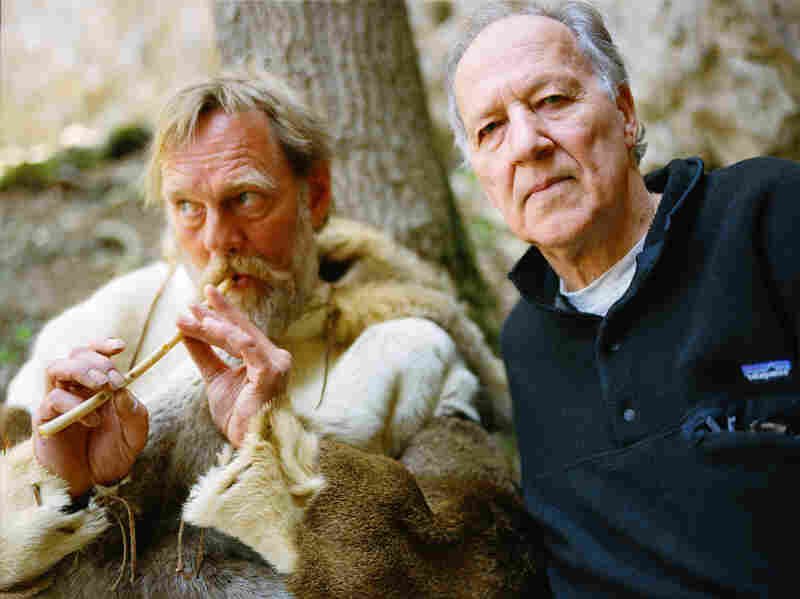 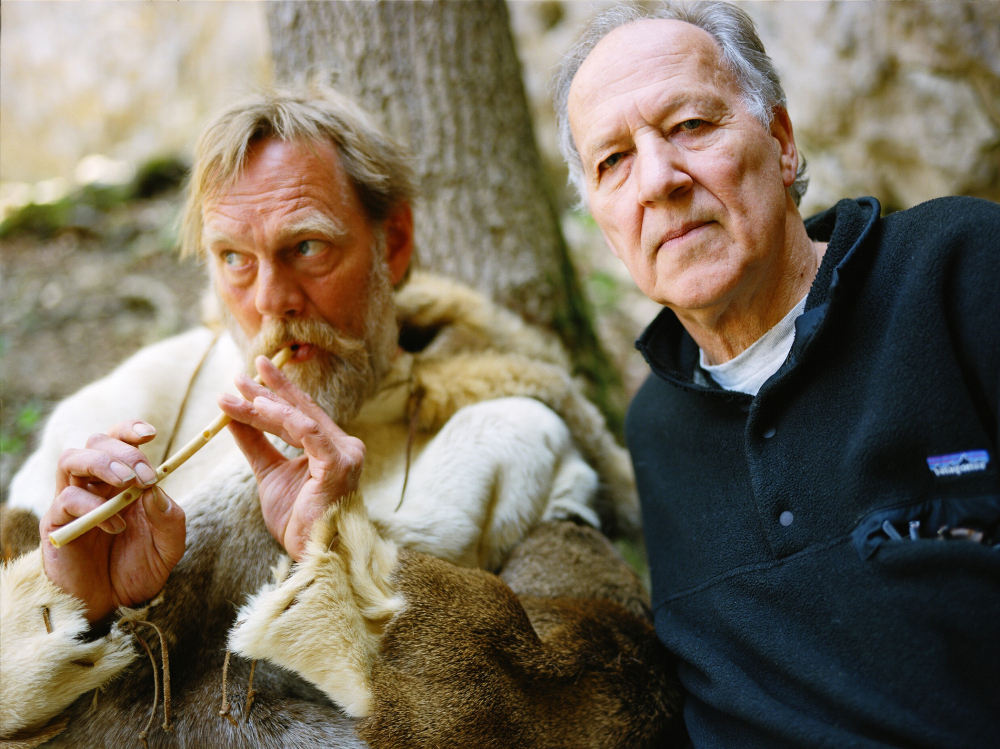 To fill out the full-length documentary, Herzog interviewed a variety of oddball characters, including a pelt-wearing, bone-flute-playing enthusiast named Wulf Hein (left).

But no one can dig into the human mystery like Herzog, and though Cave would have worked much better as a short film, the 68-year-old director knows how to pad. Rustling up as many quirky characters as he can, he shows us a circus-juggler-turned-scientist, a master perfumer who can sniff out underground caves, and a guy wearing reindeer skins who can play the "Star-Spangled Banner" on a bone flute. Nothing in the film is kookier, however, than its coda: an off-the-wall visit to the arboretum of a nearby nuclear-power plant where albino crocodiles secretly paddle and, according to Herzog, "look back into the abyss of time."

With its whispery conversations, sepulchral atmosphere and soothing play of light and shadow (at times the handheld camera incites ghostly movement from the figures on the walls the way firelight once must have), Cave of Forgotten Dreams is probably best enjoyed in a chemically enhanced state of mind. As the scientists ponder prehistoric details, Herzog's relentlessly unscientific musings on the cave's former inhabitants — "Do they dream? Do they cry at night?" — dog their progress.

And when he commands them to stand silently and listen to their heartbeats, it's clear he's on a different quest altogether. His companions might seek data, but Herzog seeks nothing less than the beginning of the human soul.