Accessibility links
'The Kissing Case' And The Lives It Shattered In 1958, James Hanover Thompson and his friend David Simpson — both African American, both children — were accused of kissing a girl who was white. They were arrested, and taken to jail. Prosecutors sought a stiff penalty — living in reform school until they were 21. 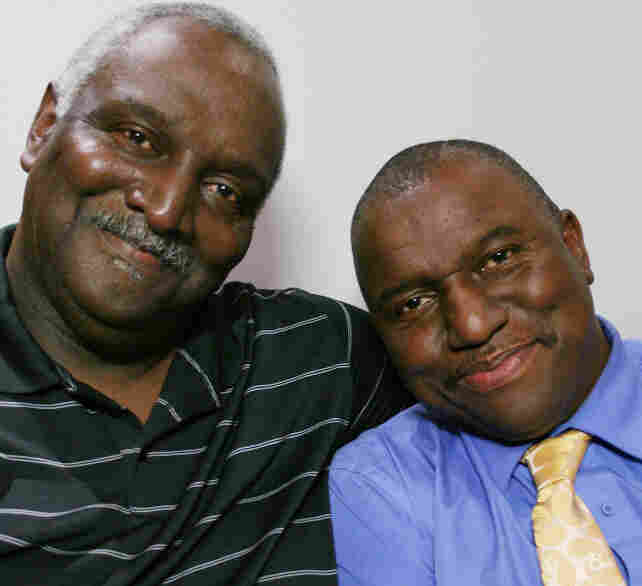 Dwight Thompson (above right) spoke about The Kissing Case with his brother, James Hanover Thompson — and with his sister, Brenda Lee Graham (below). They spoke at StoryCorps in Wilmington, N.C. StoryCorps hide caption 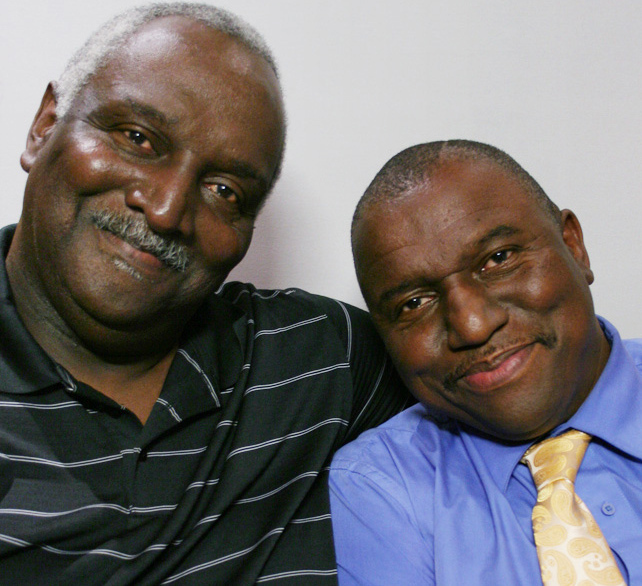 Dwight Thompson (above right) spoke about The Kissing Case with his brother, James Hanover Thompson — and with his sister, Brenda Lee Graham (below). They spoke at StoryCorps in Wilmington, N.C. 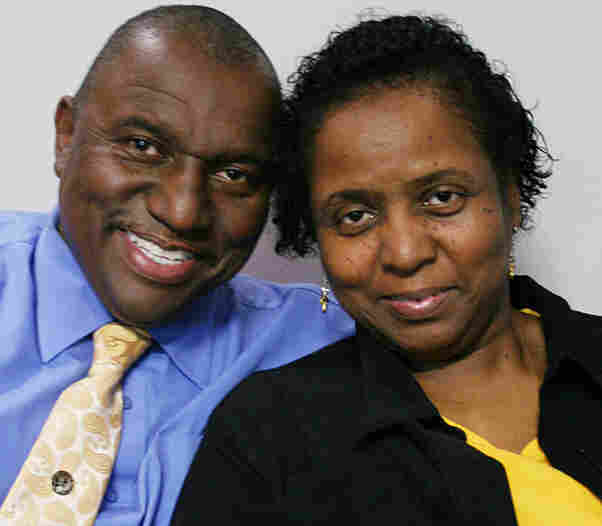 In 1958, James Hanover Thompson and his friend David Simpson — both African-American, both children — were accused of kissing a girl who was white. They were arrested, and taken to jail. Prosecutors sought a stiff penalty — living in reform school until they were 21.

"The Kissing Case," as it came to be known, drew international media attention to Monroe, N.C., at the time. But since then, it's been largely forgotten. Even the Thompson family rarely talked about it. Recently, James Hanover Thompson sat down with his younger brother, Dwight, and told him what happened.

"We were playing with some friends over in the white neighborhood, chasing spiders and wrestling and stuff like that," James says.

But the little girl mentioned the kiss back home, and her parents were furious; the police set out in search of the boys.

"The police car pulled up, and they said, 'We're taking y'all to jail,'" James says. "I didn't know what was going on. But when we got down to the police station, we understand that they said that we had raped a little white girl."

The two boys — James, 9, and David, 7 — were charged with molestation. And their punishment started immediately.

"They uh... took us down in the bottom of the police station to a cell. And they had us handcuffed — they started beating us," James says. "They was beating us to our body, you know? They didn't beat us to the face, where nobody could see it; they just punched us all in the stomach, and back and legs. We was hollering and screaming. We thought they was gonna kill us."

James says that he and David were held in jail for about six days before they were allowed to see their parents. And soon after, they were sent to reform school, with the possibility that they might be released before they turned 21.

News reports of the case spread far and wide — it became the "Kissing Case" in many headlines. Officials from the NAACP and Eleanor Roosevelt were among those who reportedly asked North Carolina Gov. Luther Hodges to show clemency in the case.

Eventually, the governor pardoned James and David, and they were released after spending three months in detention.

James' sister, Brenda Lee Graham, also spoke about those days with Dwight, who was born in 1961, and grew up not knowing much about the incident.

"Mom was a nervous wreck. She didn't sleep," Brenda tells Dwight. "She would be up walking the floors and praying."

Remembering what life was like for the rest of the family while the authorities were holding James, Brenda says, "I remember that at night, you could see them burning crosses..."

"Right there in the front yard?" Dwight asks.

"Right there in the front yard," Brenda says. "And my mom and them, they would go out in the morning, and sweep bullets off our front porch."

James says that each week during his detention, he was sent to a psychologist. "And he'd tell me, 'They should have castrated y'all.' I mean, it was just something," he says.

Brenda says that when James came back home, "it was like seeing somebody different, that you didn't even know. He never talked about what he went through there. But ever since then, his mind just hadn't been the same."

And, James says, while he and David were pardoned, they never got an apology, either.

"I still feel the hurt and the pain from it," he says. "And nobody never said, 'Hey, look, I'm sorry what happened to y'all. It was wrong.'"

He has spent most of his adult life in and out of prison for robbery.

"I always sit around and I wonder, if this hadn't happened to me, you know, what could I have turned out to be?" James says. "Could I have been a doctor? Could I have went off to some college, or some great school? It just destroyed our life."

Brenda says, "My brother and his friend had to suffer on account of that. And I mean, they suffered. From one kiss. I've thought about that. It all started with a kiss."