Accessibility links
At Guantanamo, Big Threats Found In Small Clues Hundreds of classified documents from the Joint Task Force at Guantanamo provide a look at how military officials determined whom they had in custody and whether they might have ties to terrorism. Interrogators were trained to look for subtle clues — among them, a Casio F-91W watch, said to be the favored timepiece of al-Qaida bomb-makers. 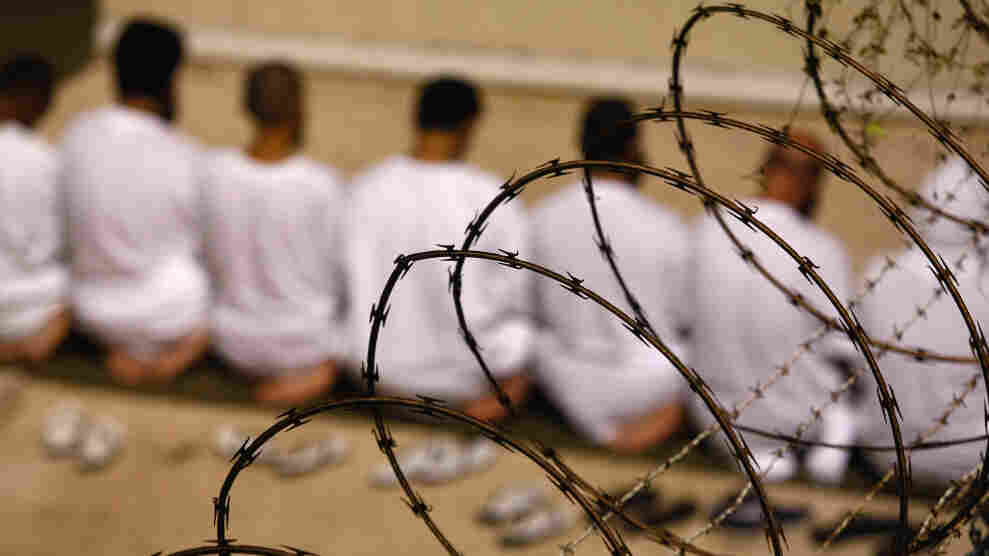 A group of detainees kneels during an early-morning Islamic prayer in their camp at the U.S. military prison for "enemy combatants" in 2009 in Guantanamo Bay, Cuba. John Moore/Getty Images hide caption

If al-Qaida could learn anything from the latest classified documents released by WikiLeaks, it would be this: Lose the Casio watch. More specifically, lose the Casio F-91W — either the black plastic or silver bracelet version.

That particular watch came up nearly 150 times in the cache of Guantanamo prisoner assessments from the Joint Task Force at Guantanamo, which made up the bulk of the latest WikiLeaks release. It is clear from a review of those documents that if you have a Casio F-91 (selling for as little as $9.99 on Amazon.com), you're suspect.

The task force was the team at Guantanamo responsible for figuring out which detainees were al-Qaida members — and a threat — and which were not. A footnote in one of the detainee's files claims the watch was given to graduates of al-Qaida's explosives training program in Afghanistan. The watch apparently makes a good bomb timer because its alarm can be set beyond a 24-hour period. Other footnotes in the documents say that Pakistani officials found more than 600 of the watches in a terrorist safe house in Karachi. 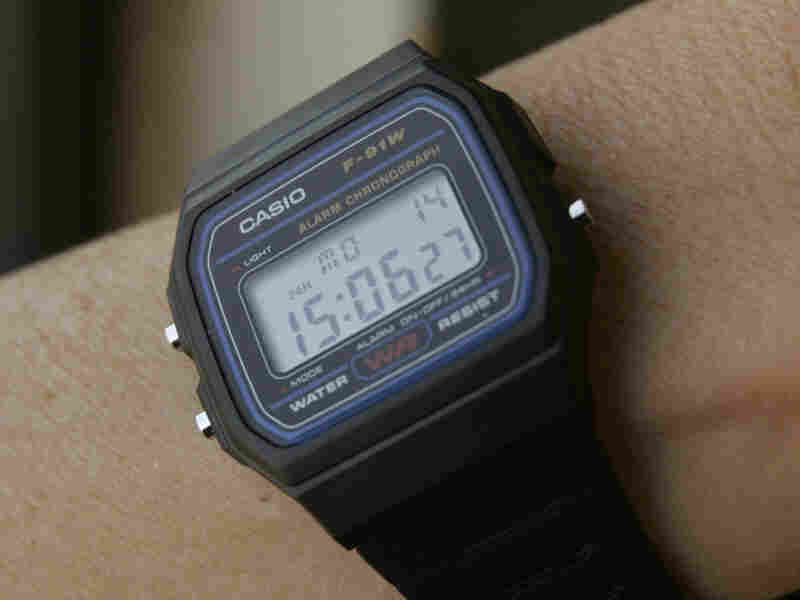 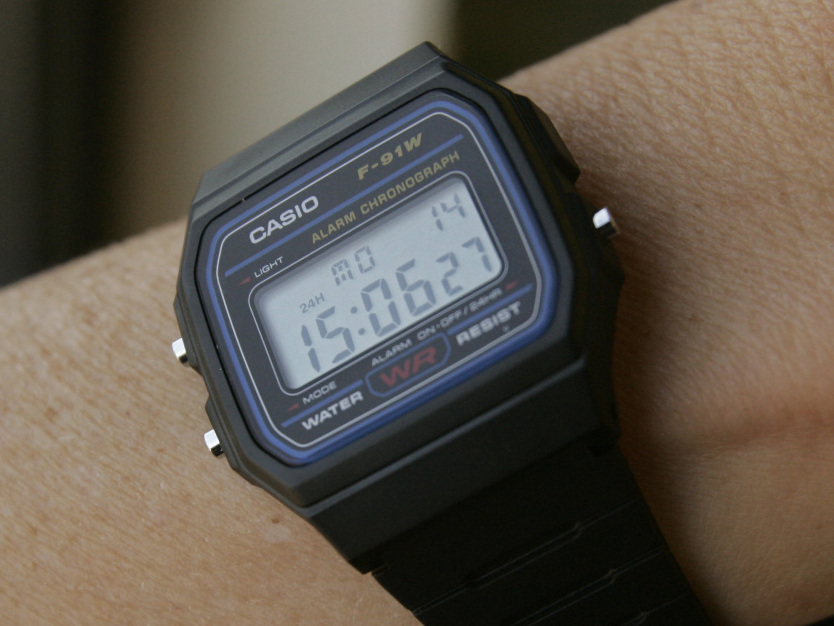 A Casio F-91W 1 casual sport watch. The U.S. government says this type of watch has been used in terrorist bombings.

Knowing all that, the challenge for the Guantanamo task force was to figure out when a watch was just a watch, or when it signaled a link to terrorism. Jim Clemente, who was in charge of the FBI's Behavioral Analysis Unit at Guantanamo, was trying to teach that distinction to young interrogators at the facility.

"One of the methods utilized to verify something from detainees in this situation or any situation is cross-corroboration," Clemente says. He worked with the soldiers to get them to build a rapport with the detainees so they could provide information voluntarily — including information about why they had those watches. "You have to test that information, and you verify or refute it by testing it on other people. A lot of it is basically based on rumor and innuendo, and then you build a consensus of information."

One of the documents contained in the secret files is an 18-page primer on what interrogators should look for. It's essentially a list of things that should arouse suspicion and is full of subtle, spy vs. spy clues. The document was called "The Matrix of Threat Indicators," and the Casio was one item on the list.

The problem is that simply possessing a Casio watch doesn't prove anything.

These files were part of a massive trove of secret documents leaked last year to the anti-secrecy website WikiLeaks. They were made available to The New York Times by another source on condition of anonymity and shared with NPR.

Consider Detainee 194, a Libyan named Muhammad al-Rimi. He told investigators that he was captured by the Northern Alliance and turned over to U.S. custody in Kandahar in 2001. A senior al-Qaida member, however, said he and Rimi were arrested during a raid in December 2001.

When Rimi was picked up, his file said he had two suspicious indicators: 18 $100 bills in his pocket, and a Casio F-91 strapped to his wrist. The document also says the $100 bills had serial numbers in sequence with money found on many Guantanamo detainees. As for the Casio, his file reads: "This watch has been linked to al-Qaida in the past."

Clemente says what officials found on Rimi was enough to warrant closer questioning, but not enough to build a legal case. "Intelligence-gathering just doesn't have the same restrictions on it as criminal prosecution does," says Clemente. "[And at Guantanamo], they often mix the two."

Although Rimi's file says he was never specifically linked to explosives, it concludes that because he had the watch, "the possibility [of explosives training] warrants further interrogation."

Rimi was transferred to Libya in 2006.

In the detention facility's early days, the focus had been on gathering intelligence, making sure there was no follow-up to the Sept. 11 attacks in the offing. Now, with the Obama administration trying to close the prison, gathering evidence for prosecution has become more important.

More From This NPR Investigation

Karen Greenberg, the executive director of the Law and Security Center at New York University, says the problem is that U.S. officials can't easily use raw intelligence, like the watches, as evidence in court. "If there had been more evidence on them, the entire question of Guantanamo and whether or not to try them would have been much easier," she says. "Because with evidence, and reliable substantial evidence, there is no question that there can be trials."

The Joint Task Force document has lots of possibly sinister indicators — walkie-talkies, for example. Detainees who were carrying radios when they were captured were given special scrutiny because, the reasoning went, there weren't many radios to go around, so the only people who had them were those in leadership positions. Going to Afghanistan or Pakistan to find a wife? That, apparently, was a common al-Qaida cover story.

What the classified Guantanamo files don't acknowledge is that very often, young Muslims — with no links to al-Qaida at all — travel to Afghanistan or Pakistan to find wives; and that Casio watches are sold in just about every street market in South Asia.