Accessibility links
James Farmer Jr., Freedom Ride Organizer On Non-Violent Resistance The late James Farmer Jr. was one of the leaders of the civil rights movement and an organizer of the 1961 Freedom Ride, which challenged segregation across the American South. In 1985, Farmer spoke to Terry Gross about his lengthy career fighting discrimination. 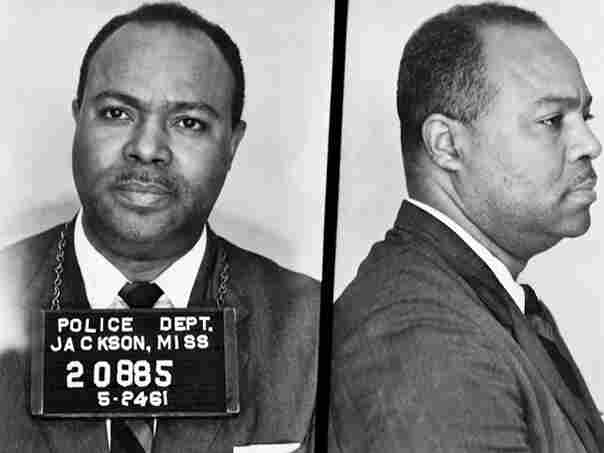 This May 24, 1961, photo provided by the Mississippi Department of Archives and History shows the booking photos of civil rights activist James Farmer, who was arrested — along with many others — during the Freedom Rides. AP hide caption 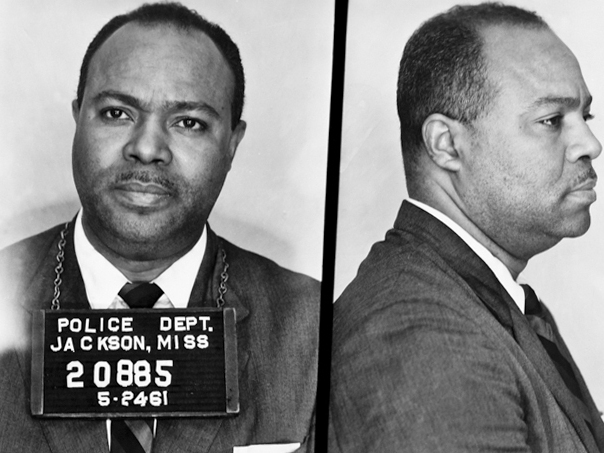 This May 24, 1961, photo provided by the Mississippi Department of Archives and History shows the booking photos of civil rights activist James Farmer, who was arrested — along with many others — during the Freedom Rides.

Portions of this interview were played on Fresh Air today. Below, you can hear the complete interview.

May 4, 2011, marks the 50th anniversary of the first Freedom Ride. To commemorate the occasion Fresh Air is replaying interviews with civil rights activist James Farmer Jr., one of the organizers of the 1961 Freedom Ride, and historian Raymond Arsenault. Arsenault's book Freedom Riders: 1961 and the Struggle for Racial Justice has just been rereleased as a companion volume to the film Freedom Riders, premiering May 16, 2011, on PBS.

The late James Farmer Jr. was one of the architects of the civil rights movement in America. In 1942, Farmer co-led what he believed was the first coed civil rights sit-in in American history at a Chicago restaurant that refused to serve African-Americans.

The same year, Farmer co-founded CORE, the Congress of Racial Equality, which was one of the first civil rights groups to apply Gandhi's principles of nonviolent resistance.

"At that time, I was a pacifist — a conscientious objector from World War II — and as a pacifist, I was concerned with finding nonviolent solutions to violent conflict situations domestically," he told Fresh Air's Terry Gross in 1985. "But my primary interest was, of course, race. And therefore, I was driven to study Gandhi, an architect of the technique which he called satyagraha, meaning soul force. We have come to call it nonviolent direct action, or nonviolent resistance."

Farmer's nonviolent demonstrations were answered by attacks by white mobs and arrests of CORE members during the Freedom Rides in the early '60s.

CORE's early groups of Freedom Riders rode buses through the Southern states, to see to it that the Supreme Court decision banning segregation in bus terminals was actually being enforced. The resulting drama focused national attention on the violence of Southern racism.

Get On The Bus: Fifty Years Of 'Freedom Rides'

"By the time the buses reached Montgomery, [Ala.], one of the buses had been burned to the ground," he said. "Freedom Riders had been brutally beaten. Jim Peck, a white Freedom Rider from New York was left for dead, lying in a pool of his own blood, and he had 56 stitches taken in his head."

As the South desegregated, Farmer's emphasis shifted to fighting economic and political discrimination and other problems faced by black communities.

Farmer attempted to work for social change from inside the government after accepting the position of assistant secretary of health, education and welfare under President Nixon. But he left in frustration after one year and went back to consulting, where he continued to work on issues like education and political discrimination. In 1985, he published his autobiography, Lay Bare the Heart. The same year, he spoke to Gross about his time in CORE.