Accessibility links
Emmylou Harris: The More Things Change The country icon talks about her new album, Hard Bargain, and reflects on her brief time working with Gram Parsons before his death in 1973. 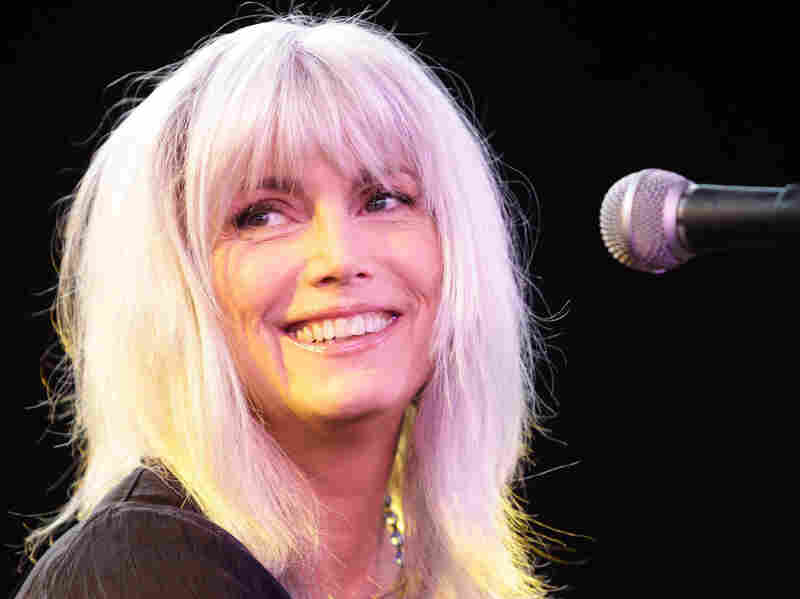 Emmylou Harris says her new album, Hard Bargain, is in part about how her expectations change as she grows older. Brendon Thorne/Getty Images hide caption 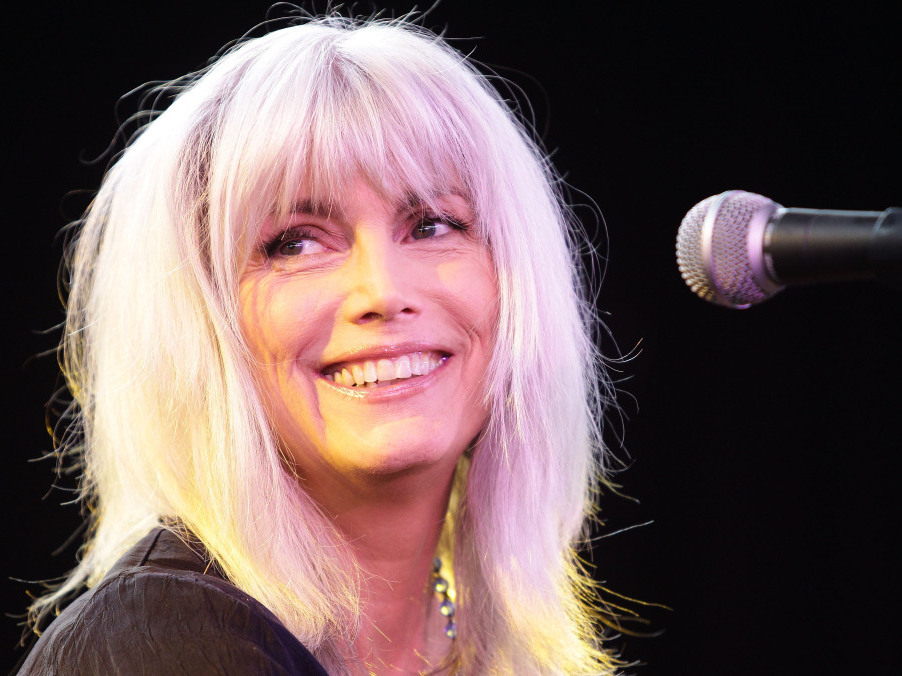 Emmylou Harris says her new album, Hard Bargain, is in part about how her expectations change as she grows older.

Clip 2: The Connection On Stage

Emmylou Harris jokes that she's a "really good ex-wife." (She has three former husbands.) She just turned 64 and wrote most of the songs on her latest album, Hard Bargain. As she tells All Things Considered host Melissa Block, many of those new tracks are about taking stock of this phase of her life.

"Somehow, when you think about yourself in old age, you think you're going to be this completely different person that you don't even recognize — because you can't imagine it, you know?" Harris says. "But you are very much yourself. Obviously very changed and affected and molded by the people that you've known — people that are in your life and people that you've lost — but that core person is still intact."

There's a strain of wistfulness to many of the songs on Hard Bargain. "Lonely Girl" in particular evokes a kind of narrowing of expectations: "Wake up in the morning, and before I even notice / The sun is going down, and I'm left to wonder why," goes one verse. Harris says that kind of introspection is only natural.

"There's a certain grace in accepting what your life is and embracing all the good things that have been — but there's still an expectation of good things to come," Harris says. "Not necessarily what you expected."

Hard Bargain opens with "The Road," a tribute to the artist who kick-started Harris' career. Gram Parsons was one of the first artists to fuse country and rock music; in addition to his solo work, he sang with The Byrds and The Flying Burrito Brothers. In 1971, he asked Harris to join his band after he saw her perform at a Washington, D.C., club.

Shortly thereafter, in an interview, Parsons once recalled the night he tried Harris out as a duet partner: "She just sang like a bird, and I said, 'Well, that's it.' I sang with her the rest of the night, and she just kept getting better and better. ... She's got fantastic eye contact. She can sing anything that you're doing in perfect harmony as long as you look at her."

In 1973, Parsons died of a drug overdose; he was just 26. The words to "The Road" are in part about the shock of his passing: "How could I see a future then where you would not grow old / With such a fire in our belly, such a hunger in our soul?" But Harris says it wasn't just losing someone she cared about that shook her.

Harris says she cherishes her time working with Parsons, but she dismisses the idea that he's remained the driving force in her life all these years.

"You meet a lot of people and have a lot of experiences, and they color you and stay with you — but I'm not the grieving widow," she says. "Life is much more complicated and interesting and full of zigs and zags than that."