Accessibility links
The Cars: The Good Times Are Back Of a Cars reunion, lead singer Ric Ocasek once proclaimed, "Put it out of your mind." But after a 24-year break, the new wave legends are back with a new album called Move Like This. 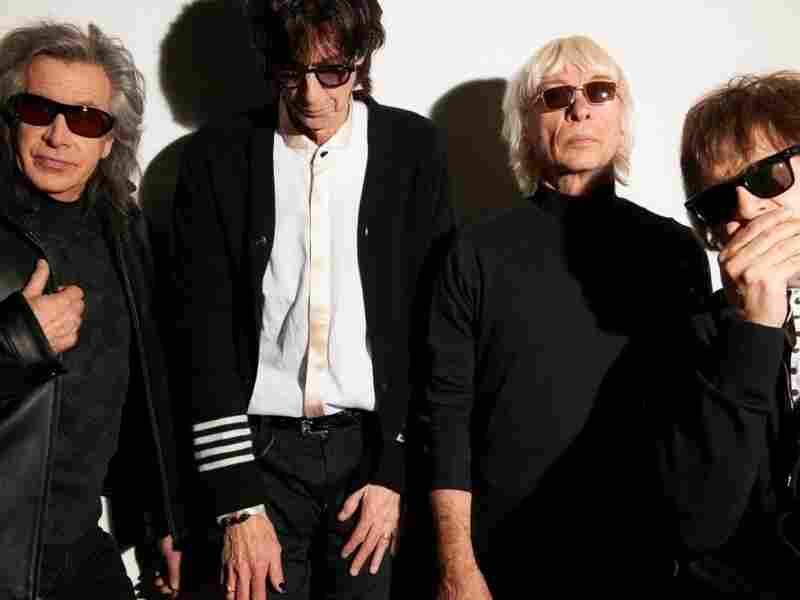 Ric Ocasek (second from left) says the decision to reunite The Cars was simple: He had a batch of new songs, and knew his former bandmates could play them best. Courtesy of the artist hide caption 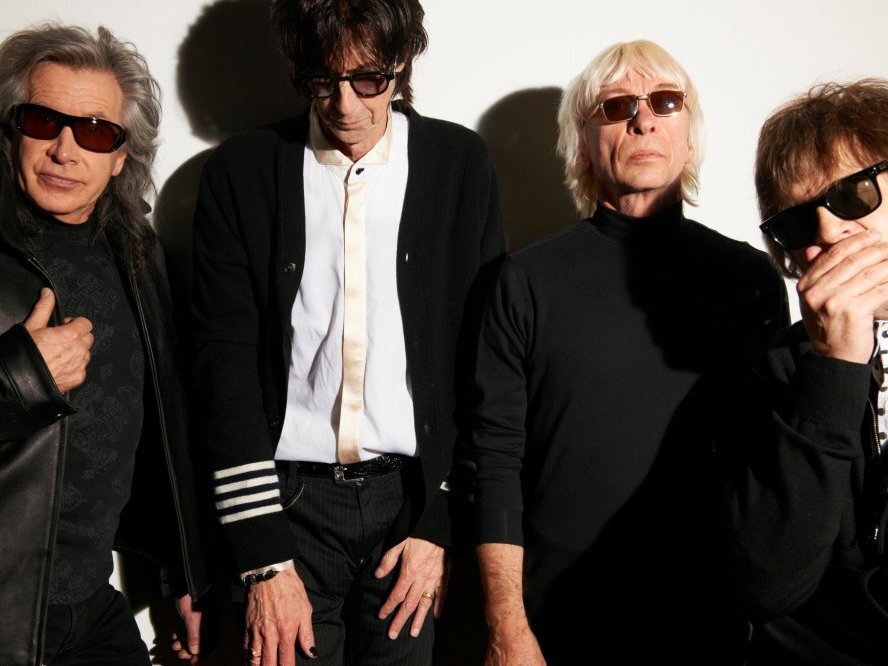 Ric Ocasek (second from left) says the decision to reunite The Cars was simple: He had a batch of new songs, and knew his former bandmates could play them best.

For the early MTV generation, there are few artists more iconic than Ric Ocasek, the frontman of The Cars. Pencil thin, shock of black hair, dark sunglasses, cigarette dangling from his lip — Ric Ocasek was new wave rock and roll. And if the good times stopped rolling for you around the time The Cars split up in the late 1980s, there's good news: Those times are back.

Out May 10, The Cars will be releasing Move Like This, the first record from the band in 24 years. Not too long ago, Ric Ocasek said, "A Cars reunion? Put it out of your mind." Thankfully, something or someone convinced them that millions of us needed them back. Ocasek says he simply had a batch of new songs, and his former bandmates were the best men for the job.

"I thought, 'Well, who could play these [songs] the best? How could I make this easy on myself?,'" Ocasek tells Weekend All Things Considered host Guy Raz. "So I called the guys to see if they wanted to make another record."

At their height in the mid-1980s, the Cars sold more than 25 million records, but you're wrong if you think Ric Ocasek's been living off old war stories from his heyday. In recent years, he's become a kind of mentor to some of the most successful pop and indie acts in the business — No Doubt, Weezer, Guided By Voices and many others.

"I was always fond of producing," says Ocasek, "I just kind of would help them sort the songs out, get the sound they wanted, feel comfortable in the studio. I've always have been a huge fan of anything that's brand new or inventive."

The Cars' original bassist Benjamin Orr, who sang lead on "Drive" and several other of the band's best-known songs, died in 2000 after a battle with pancreatic cancer. Ocasek says Orr's passing made him reluctant to reunite the band at first.

"It was a good reason not to," says Ocasek. "I certainly didn't want to replace him. That's why we didn't — we just kept the four of us." Despite Orr's absence, the band's sound on Move Like This is basically just as they left it 24 years ago. Ocasek says that wasn't a surprise: "It really just comes from the people and their individual talents, so I couldn't have imagined why they would have changed."

As for if there will be another record from The Cars, Ocasek is still undecided.

"Whatever I say, I can manipulate or contradict myself," he says. "If I say I'll do it again, we'll probably never do. Who knows? But we'll see."