Accessibility links
The Nation: Why We Must End The War On Terror Osama bin Laden, the mastermind of the Sept. 11 attacks and leader of al-Qaida has been killed. But as Katrina vanden Heuvel of The Nation notes, his death is a sobering reminder of how the war on terror has impacted all U.S. citizens. It is also an opportunity to end that war.

The Nation: Why We Must End The War On Terror

The Nation: Why We Must End The War On Terror 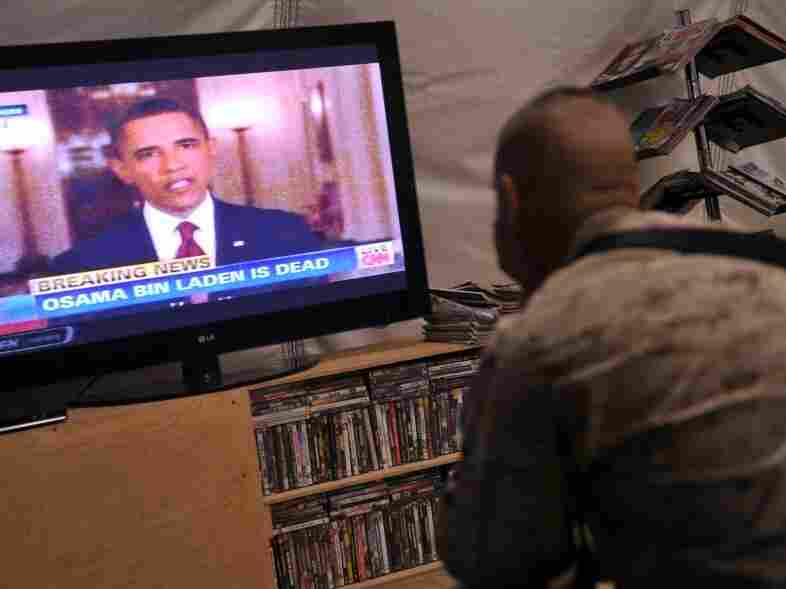 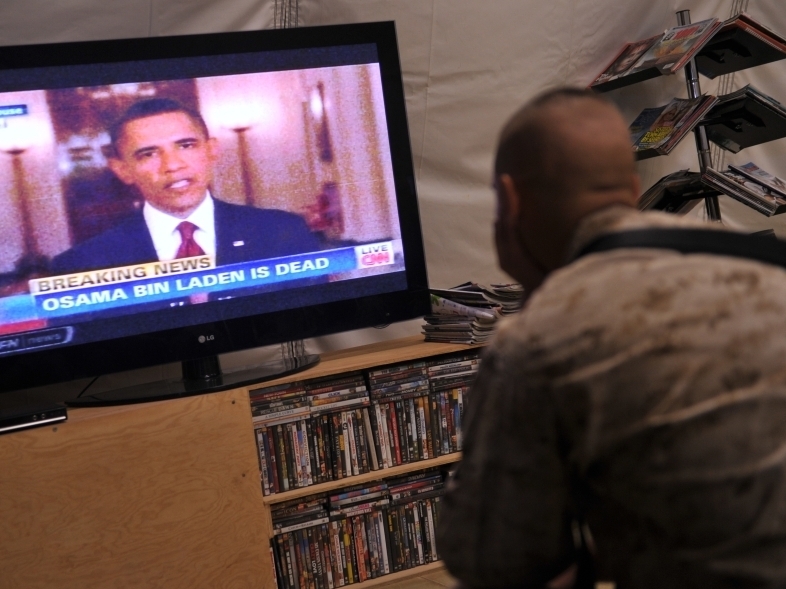 Read A Different Opinion Of The War On Terror

Katrina vanden Heuvel is the editor of The Nation.

In a dramatic, yet sober, Sunday night address to the American people, President Obama announced the capture and killing of Osama bin Laden. He reminded us of the horror, the grief, the tragedy and senseless slaughter of Sept. 11, 2001. He reminded us of how, in those grim days, "we reaffirmed our unity as one American family...and our resolve to bring those who committed this vicious attack to justice."

The President spoke of how the capture and killing of bin Laden was the "most significant effort to date in our efforts to defeat al-Qaida." And he reaffirmed that this country will never wage a war against Islam. For that reason, Obama said, bin Laden's "demise should be welcomed by all those who welcome peace and human dignity."

His call to Americans to remember what unifies us, to remember that "justice has been done," is a defining opening to seize. It is time to end the "global war on terror" we have lived with for this last decade. It is time to stop defining the post Sept. 11 struggle against stateless terrorists a "war." And it is time to bring an end to the senseless war in Afghanistan that has cost this nation so much in lives and money.

Framing the fight against terror as a war was a conscious decision made by Bush and Karl Rove and others in those first days after Sept. 11 — a decision which destroyed the unity President Obama spoke of tonight.

Rove understood that if the indefinite struggle against terror was generally framed as a "war," it would become the master narrative of American politics — bringing with it the collateral damage we have witnessed in these last 10 years.

The "war" metaphor — as retired American Ambassador Ronald Spiers wrote in a provocative piece in March 2004 in Vermont's Rutland Herald, "is neither accurate nor innocuous, implying as it does that there is an end point of either victory or defeat.... A 'war on terrorism' is a war without an end in sight, without an exit strategy, with enemies specified not by their aims but by their tactics.... The President has found this 'war' useful as an all-purpose justification for almost anything he wants or doesn't want to do; fuzziness serves the administration politically. It brings to mind Big Brother's vague and never-ending war in Orwell's 1984. A war on terrorism is a permanent engagement against an always-available tool."

The Bush Administration and, sadly, too often the Obama Administration, used the "war" as justification for undermining the best of America's principles. We have witnessed the abuse of international human rights standards, the unlawful detention of thousands of women and men, and the condoning of torture.

I remember watching the celebration of Washington's WWII memorial just two years after Sept. 11, and how I was reminded of how, during the despair of World War II, a greater threat to the existence of our country than what we face today, President Roosevelt gave America a vision of hope — not fear. Just a decade earlier, during the Great Depression, another grave threat to the country's spirit and unity, Roosevelt told a fearful nation that we had nothing to fear but fear itself. In President Bush and his team we saw people working overtime to convince the American people — through a barrage of historically inaccurate analogies — that there is nothing to fear but the end of fear itself. Today, President Obama and his team have a chance to reset our fight against terrorism.

Yes, we all live in the shadow of Sept. 11 — a crime of monumental magnitude. But terrorism is not an enemy that threatens the existence of our nation; our response should not undermine the very values that define America for ourselves and the rest of the world.

The Bush Administration shamelessly exploited America's fear of terrorism for political purposes. But as we have learned, a hyper-militarized war without end will do more to weaken our democracy, and foster a new national security state, than seriously address the threats ahead. After all, what we are engaged in is not primarily a military operation. It's an intelligence-gathering operation, a law-enforcement, public-diplomacy effort.

President Obama spoke in humane and sober terms tonight. It was a relief to hear in his words reminders of those (too brief) post - Sept. 11 days when the idea of shared sacrifice, respect for the work of public servants, firefighters, first responders, and a sense of a larger common good pervaded our society and politics. Yet after the capture and killing of bin Laden, will political leaders have the courage to say that what we face is not a "war" on terrorism?

President Obama has tragically continued too many of the Bush era's national security policies. Yet he is also a President who understands how wars threaten to undo reform and also undermine the best values of this country. If we as citizens challenge the "war" framing, if we refuse, a decade after the savagery of Sept, 11's attacks, to allow "war" framing to define the national psyche and our politics, if we demand our representatives stop couching virtually all foreign policy discussion in terms of terrorism, we have a chance to build a new and more effective security template.

As Shirin Ebadi, a champion of women and children's rights, the first Muslim woman to win the Nobel Peace Prize and someone who has stood up to the fundamentalists in her native land of Iran, said almost a decade ago: "Governments don't just repress people with false interpretations of religion; sometimes they do it with false cant about national security."