Accessibility links
Lawrence Wright: Bin Laden's Death 'Long In Coming' New Yorker staff writer Lawrence Wright has spent the past 15 years of his career thinking about al-Qaida. Wright assesses what bin Laden's death means for the future of al-Qaida and the United States' relationship with Pakistan. 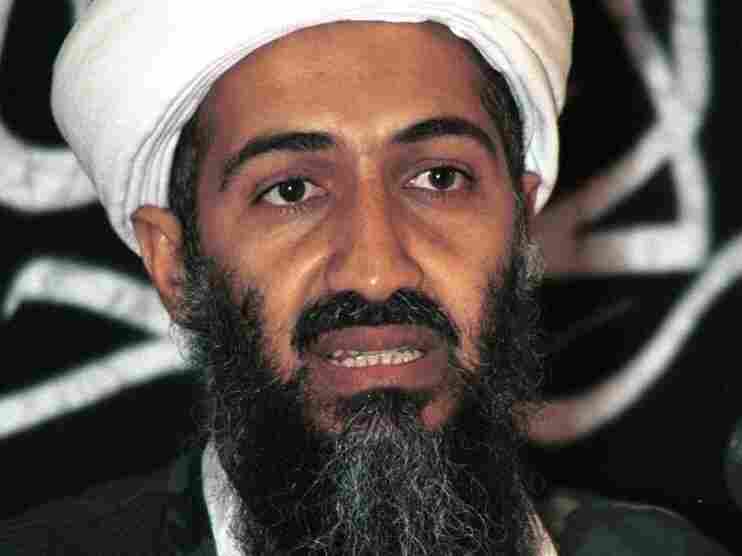 Osama bin Laden was killed by U.S. forces at a compound in Abbottabad, Pakistan. President Obama announced the news late Sunday at the White House, calling the death of bin Laden "the most significant achievement to date" in the war against al-Qaida. AP hide caption 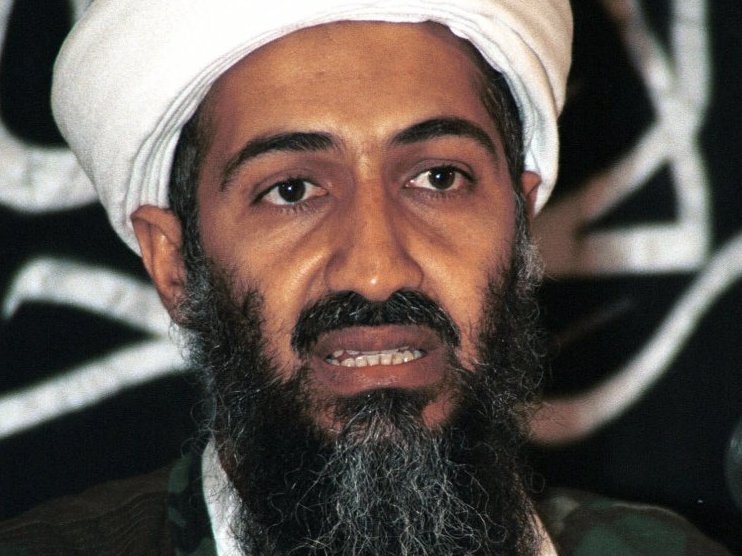 Osama bin Laden was killed by U.S. forces at a compound in Abbottabad, Pakistan. President Obama announced the news late Sunday at the White House, calling the death of bin Laden "the most significant achievement to date" in the war against al-Qaida.

When writer Lawrence Wright heard the news of Osama bin Laden's death, his immediate reaction was one of relief. "This seemed like something that was so long in coming," he tells Fresh Air's Terry Gross. "And with all the changes that had been going on in the Arab world right now, real change — in some ways — couldn't come until this moment happened."

For the past 15 years, Wright has spent his career thinking about bin Laden and al-Qaida. He interviewed more than 500 people, including friends and relatives of bin Laden, for his Pulitzer Prize-winning book, The Looming Tower: Al-Qaeda and the Road of 9/11, and has written extensively about the terrorist group for The New Yorker.

Wright assesses what bin Laden's death means for the future of al-Qaida and America's relationship with Pakistan. He also explains why — nearly a decade after the Sept. 11, 2001, terrorist attacks — bin Laden remains such an important figure.

"Bin Laden is not irrelevant," he says. "He was important all along. Just the fact that he was able to elude capture or being killed for nearly a decade — or more than a decade, if you go back to the embassy bombings in 1998 when we first went after him — he's been a symbol of resistance and of the failure of American policy to reach out and stop this kind of terror. It emboldened other imitators all around the globe. So getting bin Laden is immeasurably important."

Wright is a staff writer at The New Yorker and the author of six books, including Twins: Genes, Environment, and the Mystery of Identity and City Children, Country Summer. He is also the co-writer for the movie The Siege, starring Denzel Washington and Bruce Willis. He is currently working on a script for Ridley Scott.

"He will continue to live as a potent symbol. There's no question that he's going to have an enduring appeal for a number of people — not just perhaps radical Muslims but other groups that will follow the template that al-Qaida created — that's my main concern. Bin Laden is dead. Al-Qaida, eventually, will die. But the model that al-Qaida has created of an asymmetric terror group that has enormous consequences in the world well beyond the size of the group — that's going to endure. Other groups are going to try and follow that model."

On the role of the Pakistani government

"I was surprised that he was living inside an urban area, but I'm not surprised to learn that he was essentially sheltered by Pakistani intelligence and military units. I do make that assumption. I feel that for years, the Pakistani military and intelligence complex has been in the 'looking for bin Laden' business. He was a priceless asset to them because we poured billions of dollars into their pockets to try to find him. If they found him, they'd be out of business. So he was an irreplaceable asset and I think that Pakistan has a lot to answer for. This looks very incriminating. ... This gives us an opportunity to reassess exactly what our relationship with Pakistan ought to be."

On what bin Laden's capture means for him personally

"This is a burden I'm happy to take off my shoulders. I felt the call — after 9/11 it was like a mission — I felt that I had to address myself to what was, I thought, the most significant challenge we were facing as a country and certainly the biggest story I would have as a reporter. So I was ready to respond to that. But it's been a long time. For me, I started working on this when I was working on the script for The Siege in 1996. So 15 years of my time has ... been devoted to paying attention to people whose solutions for the problems they face in life are so wrongheaded and so damaging to the lives of so many others. I'm eager myself to turn the page." 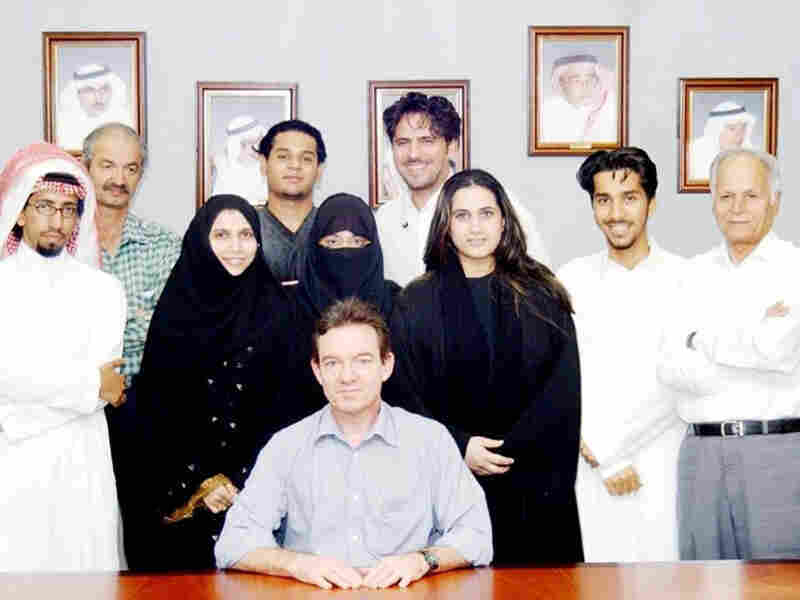 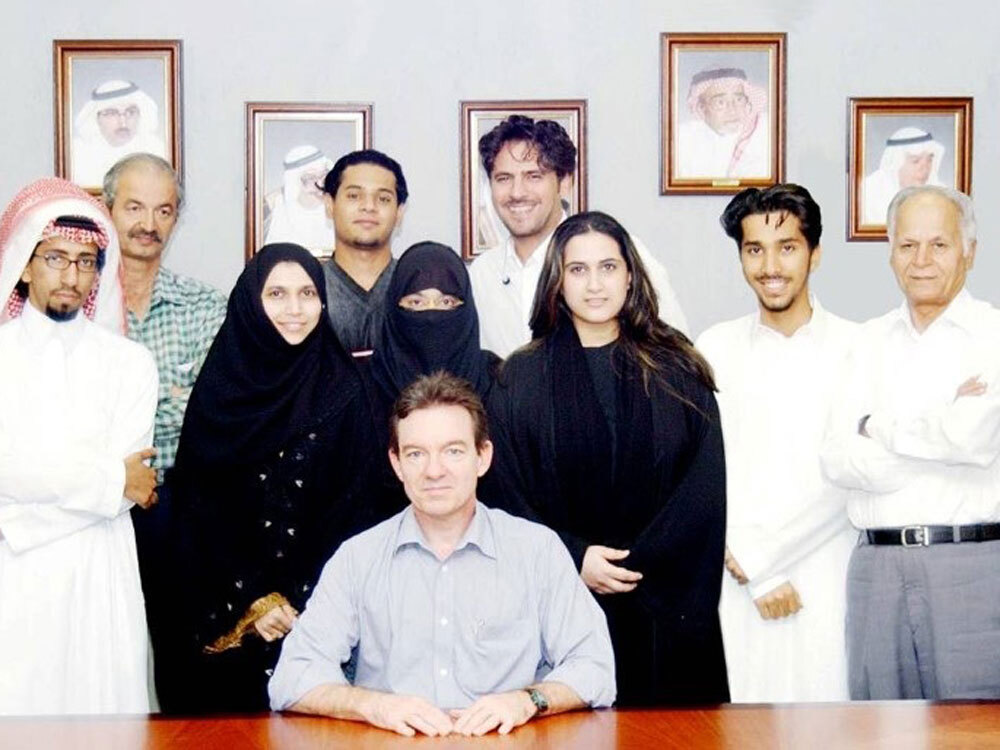 Journalist Lawrence Wright sits with several of the people he interviewed for The Looming Tower, his history of al-Qaida.

In 2007, Lawrence Wright won a Pulitzer Prize for The Looming Tower: Al-Qaeda and the Road to 9/11, his nonfiction account of the formation of al-Qaida. The book, based on more than 600 interviews, examines the circumstances that led to the formation of al-Qaida — and the creation of Wright's one-man off-Broadway show, My Trip to Al-Qaeda. The one-man play focused on the insights Wright gained and the moral dilemmas he faced as he tried to remain objective while researching and writing his book.

A new documentary based on his play premieres Sept. 7 on HBO at 9 p.m. EDT. The film combines footage from Wright's interviews with his sources, many of whom have ties to al-Qaida, with scenes from his play — and raises several questions about the U.S. role in the "war on terror."

In an interview on Fresh Air, Wright explains how difficult it was to maintain composure and objectivity while conducting interviews with his sources.

"The most interesting part to me is that [the research] takes you into deep water that you're sometimes not prepared to be in," he says. "You're asked to sometimes get information from people who have the information. Well, the people who have the information oftentimes have blood on their hands or they have a completely different perspective on the way the world should be than you do. And sometimes that leads to real conflict: It wasn't always possible for me to behave in the professional manner that I like to comport myself. Especially in those first months after 9/11, I found myself engaged in really acrimonious, angry discussions." 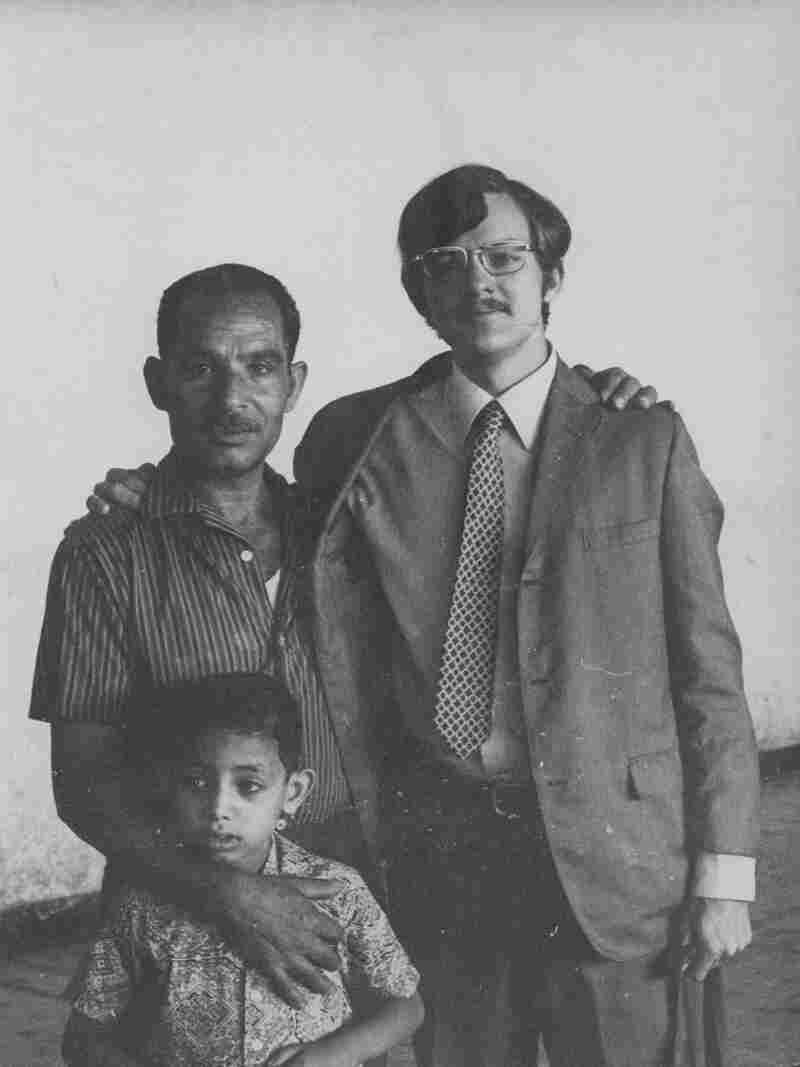 Several archival clips and photographs from Wright's collection are included in the HBO documentary, including this photo of him standing with Shaffei Mohammed Helal and his son Walid Helal. Photo courtesy of Lawrence Wright hide caption 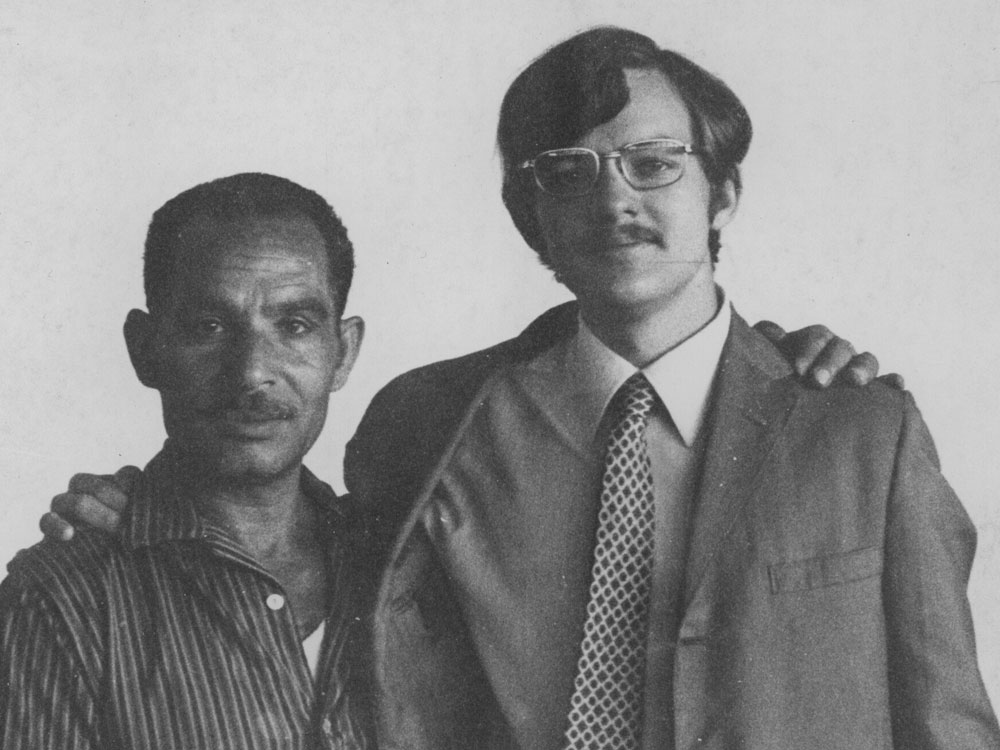 Several archival clips and photographs from Wright's collection are included in the HBO documentary, including this photo of him standing with Shaffei Mohammed Helal and his son Walid Helal.

Wright details a number of things he learned from his sources — and describes how his sources helped him understand the mentality that leads to young men becoming suicide bombers for al-Qaida.

"If you're going to pin down a single word about what is it that characterizes the drive into this radical reaction, I think a word might be despair," he says. "There are many different rivers that lead into despair: there's poverty; there's political repression; there's gender apartheid — there's a sense of culture loss; there's religious fanaticism. All of these elements are present in many different Muslim countries in varying degrees and the world is full of poor countries that don't produce terrorists. And the world is full of repressive governments that don't have violent insurgencies. But when you start mixing all of these different elements together, then you get a very combustible combination."

Lawrence Wright is a staff writer at The New Yorker and the author of six books, including Twins: Genes, Environment, and the Mystery of Identity and City Children, Country Summer. He is also the co-writer for the movie The Siege, starring Denzel Washington and Bruce Willis. He is currently working on a script for Ridley Scott.

On trusting sources and figuring out who is telling the truth

"Journalism is a flawed profession, but it has a self-correcting mechanism. The rule of journalism is: talk to everybody. In the course of writing my book, I interviewed 600 people and I didn't get everybody but I got a lot of people. Some of those sources I interviewed dozens of times and I find that the more people you talk to, you get a broader range of opinion and facts than you can possibly get from any small group — but then you can go back and check things that don't square with what you heard before. So if someone told me, 'I did this,' and someone else says, 'He wasn't there,' then you go back to that source and ask them further questions. You either find out that they have no way to explain the discrepancy or there's a more interesting response than you thought you'd ever get."

On how al-Qaida managed to make suicide a holy thing

"It was actually Ayman al-Zawahiri who pioneered this. He was the very first to use suicide bombers even before the Palestinians did in his attempts on political figures inside Egypt. He even pioneered the use of martyrdom videos. And after 1996, when he had blown up the Egyptian Embassy in Islamabad — killing mainly Muslims — a lot of other Muslims were very angry with him and wanting to understand how he could justify that. So he wrote a response to their queries. He compared the suicide bombers to the martyrs of Christianity. There weren't very many examples he could draw upon from Islam because of this absolute prohibition within the Koran. And it's really ironic that it was Christian martyrs that became the basis of his argument.

"The notion is, is that you're a guided missile and the idea that you're going to be sacrificing yourself for something that's greater than you overcomes the kind of prohibition. It's sophistry. In my opinion, many people don't really pay attention to the argument. I think the young men who are drawn into al-Qaida with a goal of committing suicide have other causes driving them than simply al-Zawahiri's legalistic argument about how you can kill yourself and get away with it. I think there's almost a total ban on the idea of suicide in Muslim countries — it's completely taboo — so if you're feeling despairing and you're the type of person who in another society might want to kill yourself, how do you go about that? Well, al-Qaida offers you a route to paradise, at least they say so."