Accessibility links
U.S. Muslims React: Relief, But Not For All Many Muslim Americans nationwide are celebrating the death of Osama bin Laden. They believe that he gave Islam a bad name — and that his death will make for a more positive attitude toward Muslims. Some U.S. Muslims, though, aren't convinced. 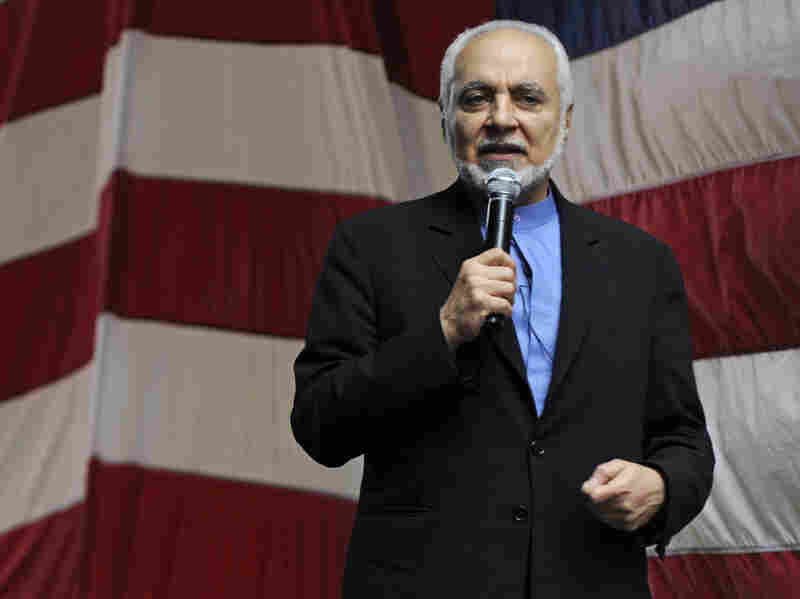 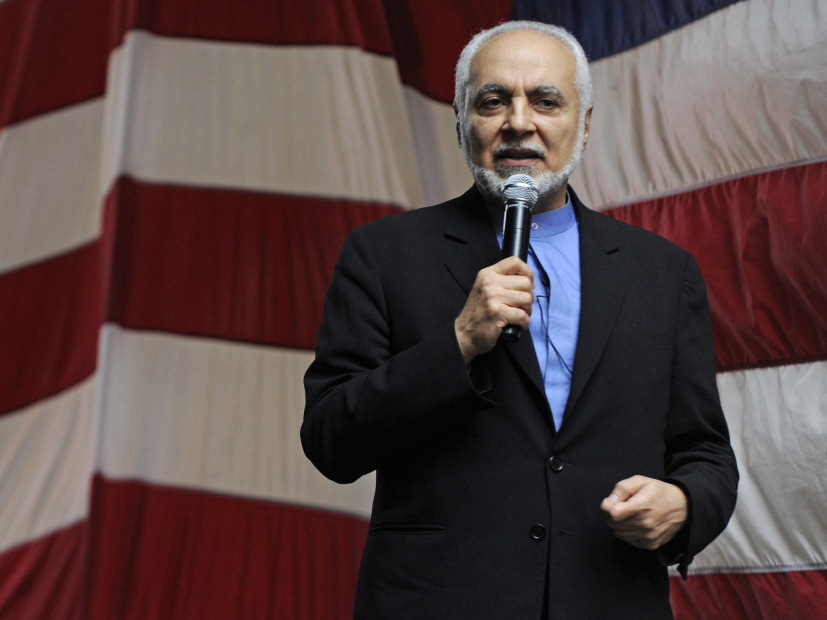 Imam Feisal Abdul Rauf — seen here at a March rally — co-founded a project to develop a Muslim center near ground zero. He believes that Osama bin Laden's death will improve perception of Muslims.

Muslims in the U.S. reacted quickly, and with relief, Monday to the news that Osama bin Laden had been killed. But some wondered if it will really ease tensions that many Muslims feel from their neighbors.

On the streets of Dearborn, Mich., Muslims were reveling in the death of the al-Qaida leader.

"This guy should have been dead a long time ago," says Hassain Yami. "Hopefully the rest them will be dead soon."

"He did not give Muslims a good name, so I think it's definitely a victory for us," says Channah Ali, adding that bin Laden distorted the Muslim faith.

Muhammad Cheab says he hopes that now Americans will see Muslims in a new light. "We're good American citizens," he says. "We pay our taxes and live like everyone else does and we're proud to live here."

Cheab hopes bin Laden's death will take the heat off Muslims here. Feisal Abdul Rauf, the imam who stepped into controversy by trying to locate a mosque near ground zero, believes it will do just that.

"I think that this is a turning point," he says. "There's still an enormous amount of work to be done. But there's no doubt, in the American perception this has helped a lot to bring closure."

It's hard to find an American Muslim leader who has criticized the American military action. Some clerics abroad say burying bin Laden at sea violated Muslim laws and was aimed at humiliating Muslims. But not Nihad Awad, executive director of the Council on American Islamic Relations.

"The most important issue is that this terrorist has been eliminated," he said at a press conference. "And Muslims do not care about the details of how he was buried."

Rather, Awad said, it was a smart move, because now there will be no shrines for bin Laden followers to visit.

And yet, some Muslim leaders such as Imam Johari Abdul-Malik worry that this revenge will only reap more revenge. Abdul-Malik, who serves at a mosque in Northern Virginia, says he is bracing for an angry Muslim reaction — if not in the U.S., then abroad.

"That mantle of violence will only be picked up by someone else seeking revenge, rather than seeking justice," he says.

He says killing bin Laden is not a silver bullet that will cure the problems of Muslims in the U.S.

"I don't believe that it's going to make Muslims in America any more accepted if they dance on the grave of Osama bin Laden."

And yet, he agrees with President Obama — that bin Laden was a mass murderer who killed more Muslims than anyone else — and harmed Islam in the process.