Accessibility links
'The Book Of Mormon' Leads The Pack With 14 Tony Nominations The Tony Award nominations are out, and fans of South Park's style of humor will be happy to know its creators have grabbed a haul of nods for their Broadway show, The Book OF Mormon. 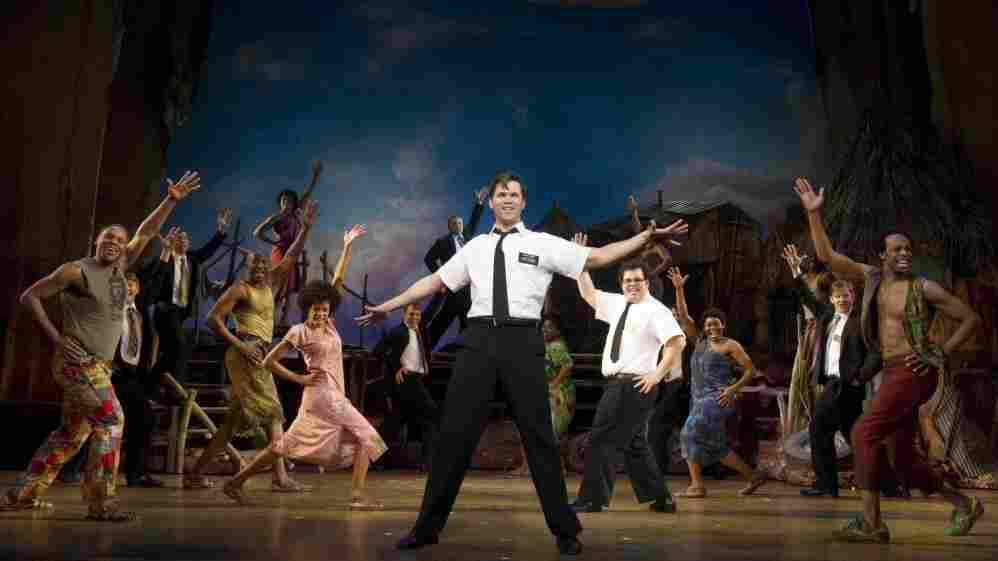 Andrew Rannells performs with an ensemble cast in The Book of Mormon, which is nominated for 14 Tony Awards. Joan Marcus/Associated Press hide caption 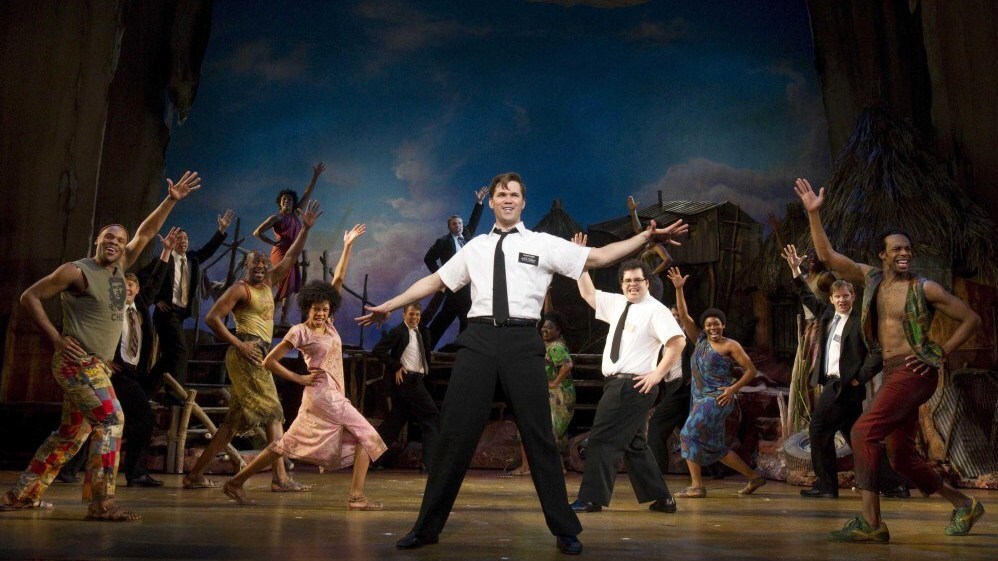 Andrew Rannells performs with an ensemble cast in The Book of Mormon, which is nominated for 14 Tony Awards.

The Book Of Mormon, the irreverent musical from the creators of South Park and one of the songwriters behind Avenue Q, received an impressive 14 Tony Award nominations this morning. Not far behind, with 12 nominations, was another sometimes controversial musical, The Scottsboro Boys, which closed after only 49 performances.

The big haul for The Book Of Mormon included not only Best Musical, but Best Book of a Musical, Best Original Score, Best Direction, Best Choreography, and four acting nominations.

Among other recipients of multiple nominations were the unusual War Horse, a dramatic play performed with puppets, Catch Me If You Can, the flashy musical based on the same con-man tale that inspired the Tom Hanks/Leonardo DiCaprio movie, and The Motherf***ker With The Hat, the cast of which includes Chris Rock.

As always, there are a certain number of actors who have done significant movie and television work who are nominated for turns in theater: Al Pacino in The Merchant Of Venice, Edie Falco in The House Of Blue Leaves, Frances McDormand in Good People, Ellen Barkin in The Normal Heart and Vanessa Redgrave in the revival of Driving Miss Daisy.

The Broadway revival of Anything Goes earned nine nominations, including Best Revival Of A Musical, where the only competition is the revival of How To Succeed In Business Without Really Trying, for which star Daniel Radcliffe was not nominated, though co-stars John Larroquette and Tammy Blanchard were.