Accessibility links
Without Bin Laden, How Dangerous Is Al-Qaida? Having learned to operate without Osama bin Laden's regular leadership, al-Qaida and its affiliates will continue to launch attacks, analysts say. But some say the group's ambitions and its ability to recruit may be diminished by his death.

Without Bin Laden, How Dangerous Is Al-Qaida?

Without Bin Laden, How Dangerous Is Al-Qaida? 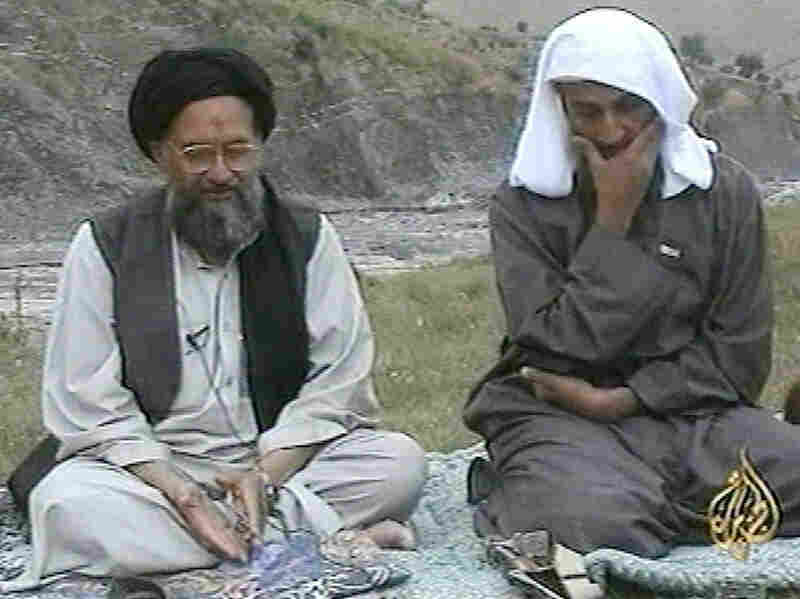 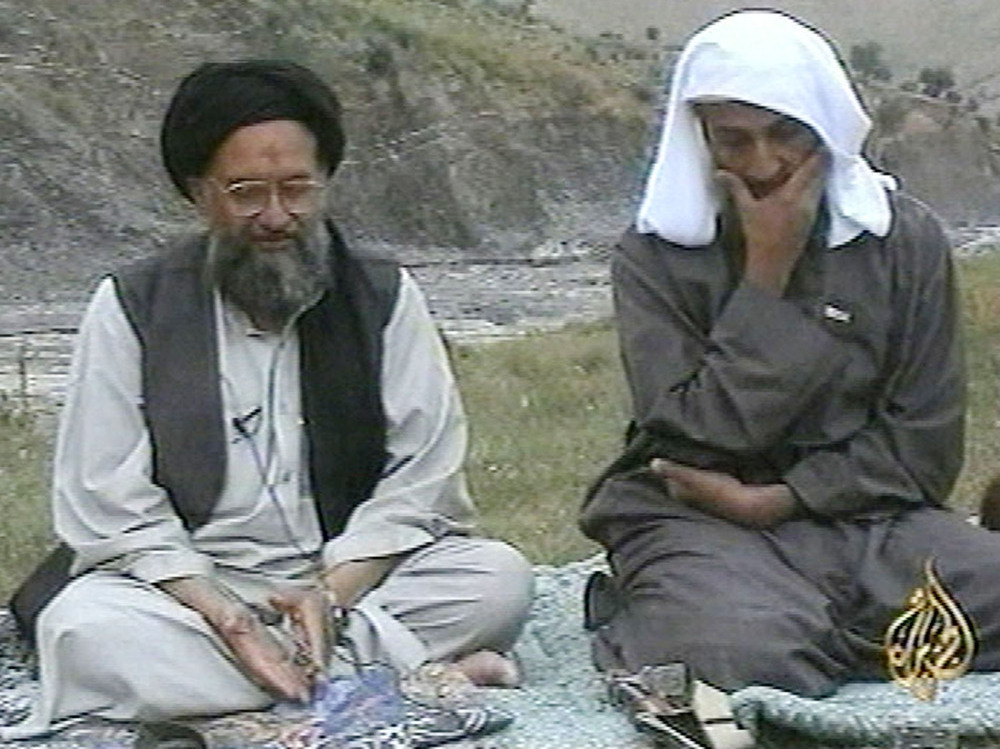 Al-Qaida can survive without Osama bin Laden, its slain leader. But how dangerous a threat will the terrorist group be without him?

"This is the great question," says Rick "Ozzie" Nelson, director of the counterterrorism program at the Center for Strategic and International Studies. "Has he been able to create a movement that's self-sustaining, or is it a cult of personality that depends on him for inspiration?"

Al-Qaida has metastasized over the past decade into a decentralized organization — something almost akin to a franchise operation. With bin Laden and his top deputy, Ayman al-Zawahiri, subject to intense manhunts, semi-independent affiliate groups in places like Iraq, Somalia and Yemen have proved more deadly in recent years than al-Qaida central.

That suggests that al-Qaida relies less on bin Laden's personality cult than it did in its early years, analysts say. But the splinter groups, while still a major threat, have also been unable to pull off attacks of the scale that made al-Qaida a dominant security concern for the U.S. and its allies in the first place.

Even as al-Qaida prepares retaliatory attacks — and, doubtless, a propaganda campaign that will seek to elevate bin Laden into martyrdom — the group's fear factor, which dogged the West and thrilled some in the Muslim world, may diminish.

"It's hard not to think that al-Qaida's great days are now behind it," says Philip Zelikow, who served as executive director of the 9/11 Commission.

Less Of A Central Role

He wasn't hiding in a cave, as it turns out, but bin Laden's ability to control and direct events appears to have slipped in recent years.

"The al-Qaida core has had significant leadership losses and is finding it more difficult to raise money, train recruits and plan attacks outside the [South Asia] region," Daniel Benjamin, the State Department's coordinator for counterterrorism, said in a speech last Friday.

That didn't mean the central command was toothless, he emphasized. It was "clearly weaker," but the central group retains the ability to conduct attacks and has forged close ties with other militant groups in and around Pakistan, Benjamin said.

Ayman Al-Zawahiri: At A Glance

Osama bin Laden's second in command is well-positioned to take the helm of the terrorist group, experts say. 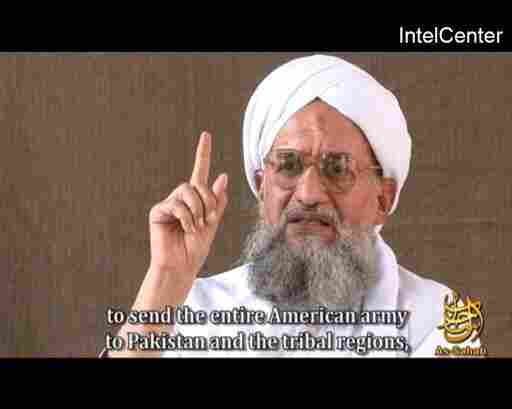 Born in Egypt to a well-respected family of scientists and scholars, Zawahiri attended Cairo University's School of Medicine before becoming the leader of the Islamic Jihad in Egypt and later founding al-Qaida with Osama bin Laden.

Zawahiri's involvement with bin Laden began in the mid-1980s, when the Egyptian went to Pakistan to support bin Laden's troops in their fight against the Soviet regime in Afghanistan. Before that, in 1981, he was accused of involvement in the assassination of Egyptian President Anwar Sadat and spent three years in jail. He drew international attention during the trial when he was filmed loudly describing scenes of torture in the prison to the media.

Zawahiri has also been indicted by the U.S. for masterminding the 1998 bombing of U.S. embassies in Kenya and Tanzania, and he was charged by Interpol with helping plan the Sept. 11 attacks along with bin Laden.

Zawahiri has been described by Middle East analysts as the brains behind al-Qaida and as bin Laden's right-hand man. He's known for his ability to recruit members and create underground terrorist cells but is not considered to have bin Laden's charisma and respect.

"Finding and killing Osama bin Laden is a huge blow to al-Qaida in Pakistan and Afghanistan, because it shows they're vulnerable even inside Pakistan," says Kori Schake, a defense analyst at West Point and the Hoover Institution. "It will have less effect on al-Qaida cells in Yemen and the Horn of Africa, which seem to operate independently."

Long before bin Laden's death, there were questions about the effectiveness of "leaderless jihad," Peter Bergen, a national security analyst with CNN and the New America Foundation, points out.

There has been an ongoing debate within the national security community for years about whether, with bin Laden on the run, al-Qaida was basically a spent force, or whether it remained a potent threat in its new form as a network of semi-autonomous killers.

U.S. officials have made it clear — both before and after bin Laden's death — that they consider al-Qaida a major threat, regardless of what role he could play personally.

They have been especially nervous of late about al-Qaida in the Arabian Peninsula, the group's offshoot in Yemen, which is blamed for the attempted Christmas Day bombing aboard an airliner in 2009 and the plot to send package bombs aboard cargo ships last year. AQAP may be able to take advantage of the turbulence in Yemen during the negotiations and protests aimed at ousting President Ali Abdullah Saleh.

The Importance of Leadership

Although "leaderless" cells have launched numerous plots since Sept. 11, 2001, Bergen notes, the deadliest and most threatening attacks have been carried out by well-organized groups.

"The more complex and deadly the attack, the more likely it was to be organized not by a group of ad hoc 'self-starting' jihadists but by an organization," Bergen writes in his 2011 book, The Longest War: The Enduring Conflict Between America and al-Qaeda. "After all, 9/11 itself, the most lethal terrorist attack ever, was carried out by arguably the most organized terrorist group in history."

Al-Qaida may now not only be less organized but less able to recruit new members, suggests Richard Fontaine, a senior fellow at the Center for a New American Security.

In addition to Ayman al-Zawahiri, there are others who could rise to the fore:

Zawahiri, bin Laden's second in command, lacks the same charisma and stature, Fontaine says. And, although there are other figures who may emerge as top leaders — notably Anwar al-Awlaki of AQAP, Fontaine suggests — the fact that there will be rivalries for attention and influence within al-Qaida's sphere necessarily suggests a less cohesive leadership.

Nelson, the CSIS analyst, wonders whether Americans, having seen Public Enemy No. 1 taken out by Navy SEALs, will perceive al-Qaida as less of a threat.

"It's much easier when the enemy has a face," he says.

And the potential leadership vacuum could also affect the way al-Qaida is perceived within the Muslim world.

Al-Qaida is Arabic for "The Base," but within the Arab world, al-Qaida has had more difficulty gaining traction of late. Iraqis turned against its local affiliate because of its propensity for killing fellow Muslims. And the terrorist group has seemed largely irrelevant during the so-called Arab spring, the upheavals across the Middle East and North Africa that have blazed a different path toward change.

Al-Qaida, while still dangerous, is no longer a major political force in the Arab world, Schake suggests.

"The symbolic leader is killed and it is a remarkable convergence because the struggle all along has been about the future of the Arab and the Muslim world," says Zelikow, the 9/11 Commission director, who teaches history at the University of Virginia. "Taken together, these two trends or events will make it feel in a lot of the Arab world like a page has turned, and will lead to the increasing marginalization of al-Qaida."

Fontaine, the CNAS senior fellow, agrees that killing bin Laden represents "a serious blow to the appeal of al-Qaida. Along with the Arab spring, it will help marginalize al-Qaida."

But, he says, while al-Qaida may not present quite the same threat it once did, it remains a serious problem. "We have thought they were marginalized before, but they always came back with attacks," Fontaine says.

"This is not the defeat of al-Qaida," he says. "It's not going away. It's still the No. 1 security threat because of these franchise groups."