Accessibility links
Battles: Sunny Skies Over Stormy Seas For all its summer-jam ambitions in "Ice Cream," Battles brings precision and muscle even to the frivolous stuff. 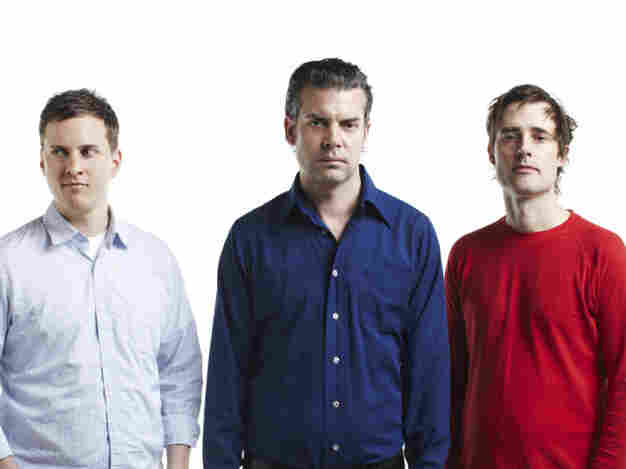 For all its summer-jam ambitions in "Ice Cream," Battles brings precision and muscle even to the frivolous stuff. Jason Frank Rothenberg hide caption 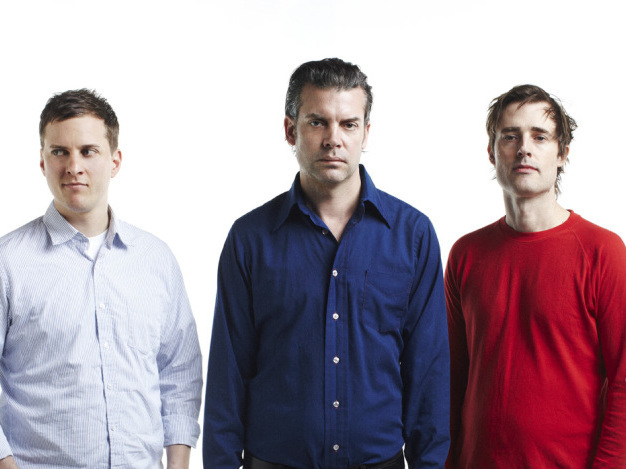 For all its summer-jam ambitions in "Ice Cream," Battles brings precision and muscle even to the frivolous stuff.

"Ice Cream," an appropriately sunny track from Battles' sophomore album Gloss Drop, features guest vocals from Argentinean techno producer Matias Aguayo. Aguayo fills in for former singer Tyondai Braxton on this single, which will inevitably be compared to 2007's "Atlas" — the band's best-known song, characterized by a loopy melody and Braxton's pitch-shifted voice, set against a churning rhythm section. Braxton's reputation as a composer (and son of free-jazz iconoclast Anthony Braxton) may have enhanced the performance, because Aguayo — an oddball associated with the taste-making electronic label Kompakt — sounds a little dislocated. He plays music that's laidback and a little frayed around the edges, always seemingly headed to the beach. Amid the bright patches of guitars processed to sound like keyboards and Stanier's busy drumming, Aguayo's voice struggles at first to keep pace with its newly intense surroundings.

Although it's not an obvious choice, drafting Aguayo is a compelling one. It reestablishes the flirtation between experimental rock and electronica that reached one apex in the '90s, when they were sometimes grouped under the umbrella term "post-rock." Two of Battles' members have careers that go back to that decade — guitarist Ian Williams played with Don Caballero, while drummer John Stanier was in Helmet — when labels like Matador and Thrill Jockey brought albums from forward-thinking European artists like Oval, Mouse on Mars and Burger/Ink to listeners in the U.S.

In retrospect, Don Caballero's math-rock and Mouse on Mars' IDM were on similar trajectories: Whether using virtuosity or powerful software, the idea was to zoom in on classic rock and electro until something new emerged. Guitar solos and breakbeats were picked apart and extended until they became busy textures, while the big, communal gestures of concerts and raves were turned inward.

Founded in 2002, Battles established itself during a divisive time, when the intellectual posturing of post-rock was declining and the anti-intellectual appeal of electroclash was on the rise. Battles evolved a sturdy sound that relishes complexity but privileges groove and melody — a streamlined and durable approach that modestly acknowledges Battles' quasi-supergroup status. These connections add to the obvious summer-jam ambitions of "Ice Cream": The trio brings precision and muscle even to the frivolous stuff. "Ice Cream" probably won't replace Braxton's munchkin vocals as Battles' calling card, but for now, it's as tasteful as cross-genre collaborations get.