Accessibility links
Cheering The End Of Bin Laden: Let The Kids Yell Upon the announcement of Osama bin Laden's death, crowds of people swarmed outside to cheer, and to express their gratitude and relief. Some commentators have bemoaned this revelry, but author Julianna Baggott says that kids have a reason to be relieved. 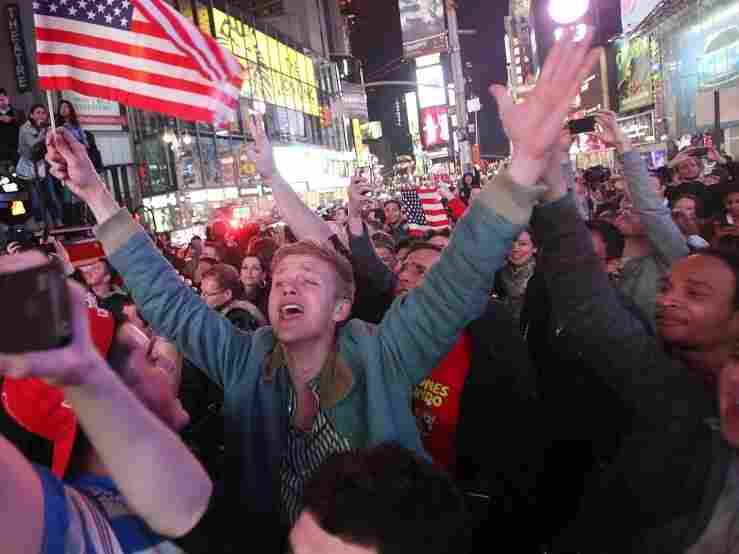 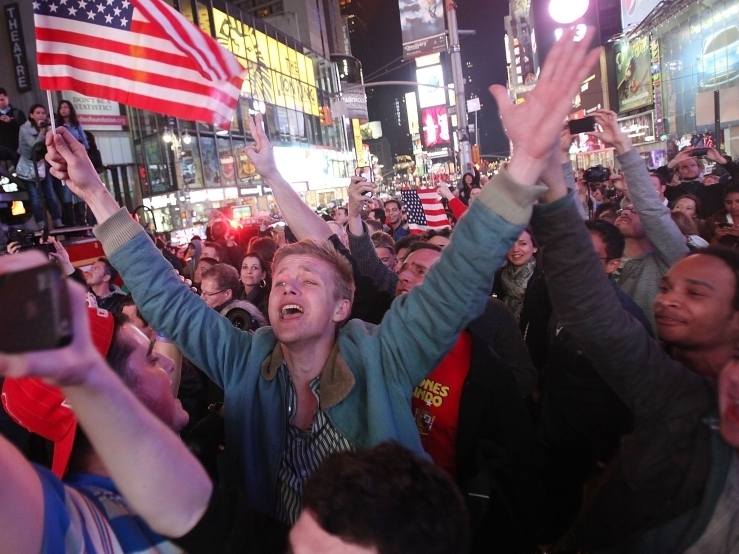 Crows of people celebrate in Times Square after the death of Osama bin Laden. A U.S. operation killed the Sept. 11 mastermind outside Islamabad.

Julianna Baggott is the author of 17 books, including The Provence Cure for the Brokenhearted. It is written under the pen name Bridget Asher.

There's been a lot of pushback against the spontaneous cheering crowds who took to the streets after the announcement of Osama bin Laden's death — notably, a poignant and shaming opinion piece by David Sirota at Salon.com. I deeply understand feeling out of sync, emotionally, with your countrymen. But I think people are mistaking relief and a release of fear and collective breath-holding for hate.

In a piece for The Nation, sportswriter Dave Zirin scolds baseball fans for breaking into chants of USA during a Phillies ballgame. For the love of all things holy, giving people at a sporting event in a stadium a hard time for spontaneously chanting USA? That seems like it was written by someone who has never really chanted something in a stadium. People chant in stadiums. It's what they do. Now, I don't like chanting in general and it's why I avoid big sporting events, but, in stadium-speak, this is actually a statement of unity, not necessarily jeering.

I'm also not in college. I'm middle-aged. And so when I'm flooded with relief, my grand action is to sigh. When I was 20, however, I generally whooped at every chance given. There is simply a very different individual and collective energy in the young. Their cheering is proof that they are, in fact, paying attention and emotionally invested.

Columnist Kevin Cullen in his Boston Globe piece expresses his ambivalence about college kids, "many of whom would have been 9 or 10 years old when the Twin Towers fell," celebrating the death of bin Laden. "Watching the jubilation in Kenmore Square felt oddly uncomfortable, as if bin Laden ... had managed to brutalize all of us just a little ..." He writes later in the piece that "for most Americans, including many in Kenmore Square, including me, the biggest sacrifice we've made in the last 10 years is having to take our shoes off at the airport."

One of the kids who took to the streets in Newark, Del., is a nephew of mine. And I know the worry and fear that have surrounded the young boys in our family — the fear of a renewed draft. This might feel old-school to Cullen, but I have three sons myself (and a daughter) and acts of war make you look at your children with greater protectiveness. These are the kids who have friends over there now — friends their own age. The young faces of soldiers that flash on TV reflect their own. 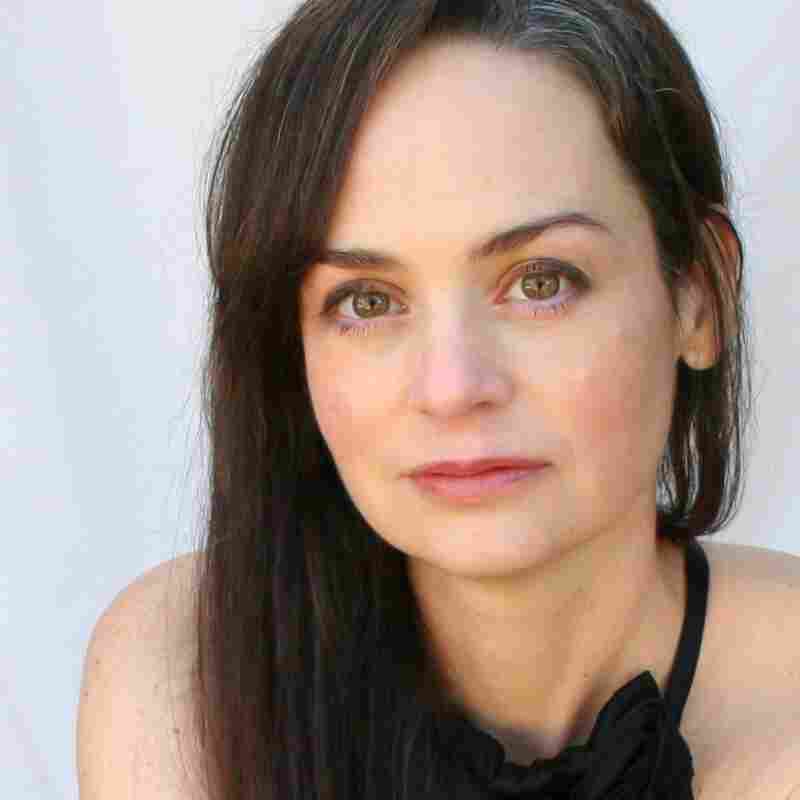 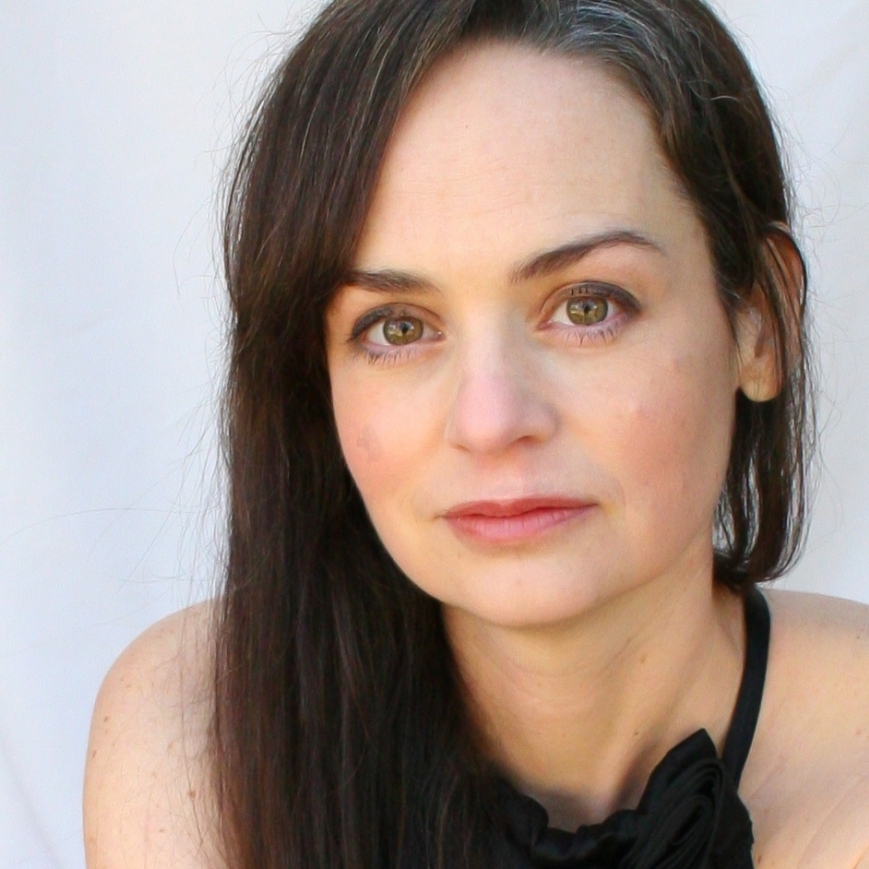 Julianna Baggott is the author of the forthcoming trilogy Pure.

To say that we're annoyed at airport security doesn't capture the national emotion at this point in history. Most Americans are weary, tired, broke, feeling beat up. This upsurge of emotion feels to me simply honest. And, let's be frank, in the sober light of day, we've calmed down.

Don't shame the young for releasing their pent-up fear. Let them remember how they took to the streets on a warm clear night in Boston or D.C. or Philly, or even the small college town of Newark, where they closed down Main Street because of the spontaneous joyful crowds. Let them remember that they raised their voices, loudly, together.

It's a good skill to learn because maybe before the next war starts, they'll be the ones who learned to take to the streets, chanting; maybe next time it will be in protest against war. They were claiming their voices. Let them remember it proudly.