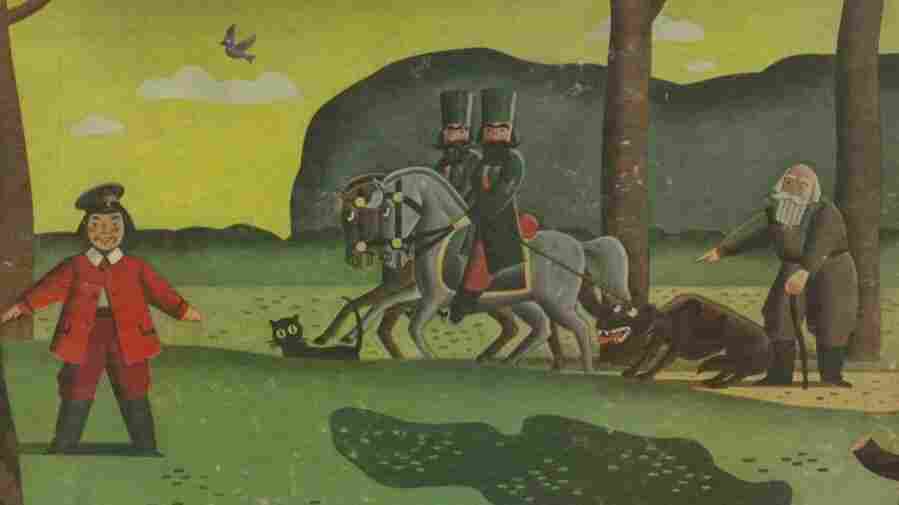 Cover art for the American release of Peter And The Wolf on RCA Victor. Courtesy RCA Victor hide caption 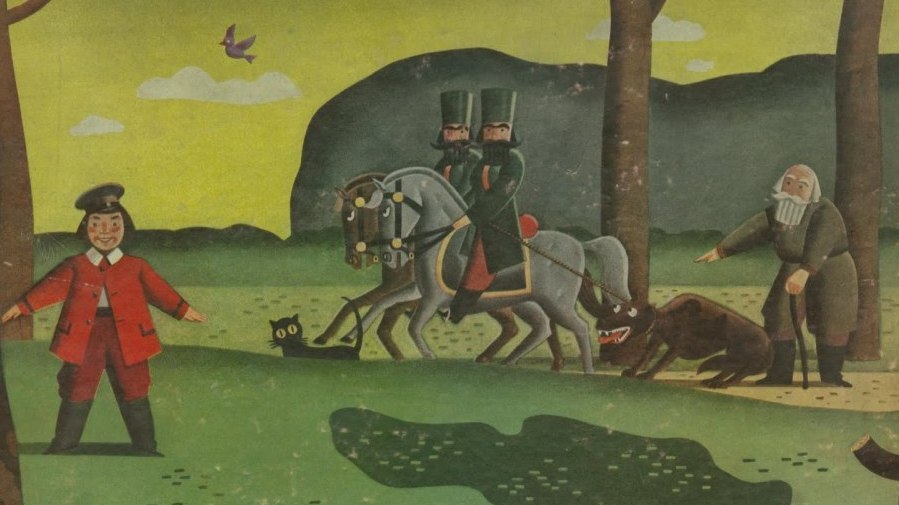 Cover art for the American release of Peter And The Wolf on RCA Victor.

Once upon a time, there was a famous Russian composer who wrote a fairytale with music about a boy, his trip to the meadow and his adventures with some local animals, most notably a wolf.

Sergei Prokofiev's Peter and the Wolf made its debut 75 years ago Monday. And, although the story sparkles with innocence, the times in which Prokofiev wrote it were far from cheerful.

It was 1936, and the composer had just decided to move back to Moscow after spending years abroad in New York and Paris. Harlow Robinson, Prokofiev's biographer, says it was an uneasy time, as Stalin's purges and the show trials of the early Bolsheviks were about to begin.

"The atmosphere was already changing in 1936, and that was something obviously Prokofiev was not counting on or thinking about when he went back."

Peter and the Wolf: An NPR Special Report

But soon after he arrived, he met a woman who ran a children's theatre. She was brave enough to ask the great composer to write a work for her. Prokofiev liked the idea and went to work immediately, completing Peter and the Wolf in two weeks.

Although the premiere failed to attract attention, the piece didn't take long to catch on — especially in America, where it found a fan in Walt Disney. Then, the flood of recordings began. Serge Koussevitzky and the Boston Symphony Orchestra were the first to record the work in 1939, with narrator Richard Hale. The list of famous people who have lent their voices to performances is virtually endless: from Boris Karloff and David Bowie to Eleanor Roosevelt, Leonard Bernstein and Sharon Stone. Even NPR personalities Robert Siegel, Nina Totenberg and Sylvia Poggioli have had a go at it.

A modest little children's piece, Peter and the Wolf became one of the most recorded classical works ever and a must-hear for generations of kids who sat mesmerized by this musical story. But, because they were children, they didn't know anything about the real-life circumstances that surrounded it. In the fairytale with music, everyone lived happily ever after — but not Prokofiev.

"Many of his friends were being arrested, even executed," Robinson says. "And his first wife spent eight years in a gulag. So Peter and the Wolf was just before this terrible storm that overtook him and so many of his friends."

Prokofiev went on to write great music during the worst of times. Those two weeks he spent writing Peter and the Wolf were among the best for him, and in his efforts, he turned out a work that would give joy to countless kids.