Accessibility links
James Levine: The Fresh Air Interview Conductor James Levine is known for bringing out the best in musicians and ensembles. Here, he reflects on his 40-year tenure with the Metropolitan Opera, his life in music and the back troubles that recently led him to step down as the musical director of the Boston Symphony Orchestra. 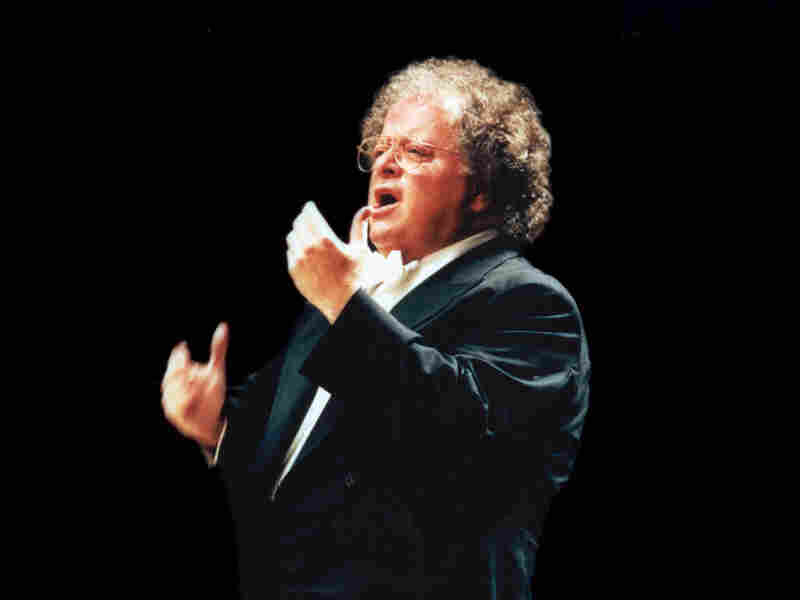 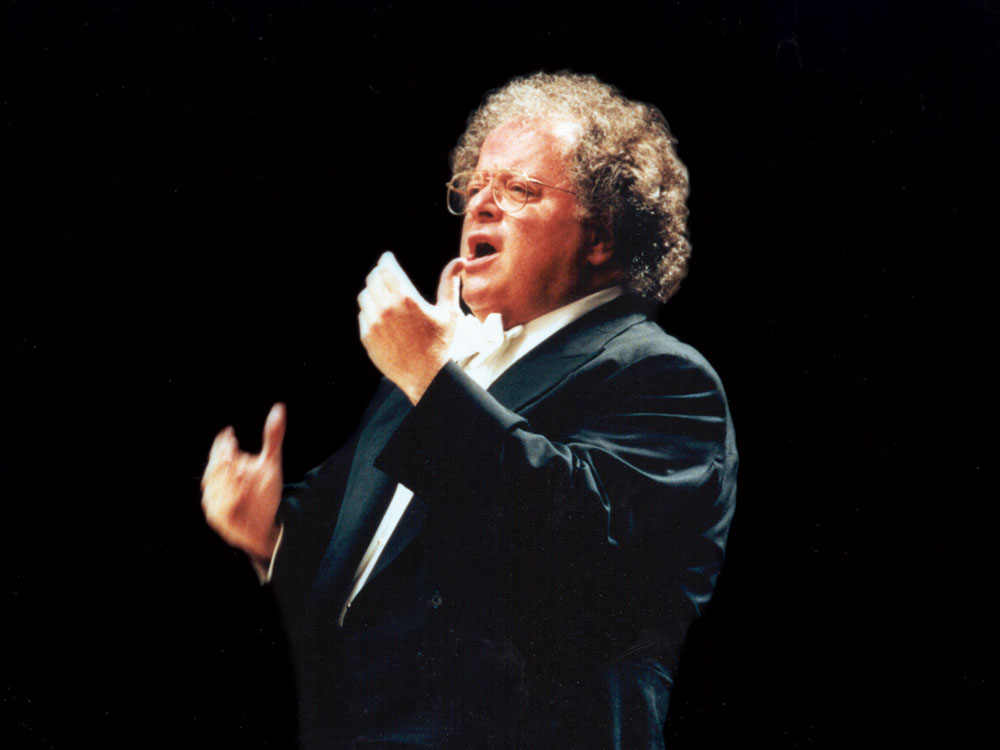 James Levine has conducted the Metropolitan Opera for 40 years.

On June 5, 1971, James Levine lifted his baton and stepped up on the stage at The Metropolitan Opera. The occasion was a festival performance of Tosca. It was also the 27-year-old Levine's debut performance at the Met.

Since then, Levine has conducted works by Verdi, Mozart, Wagner, Rossini, Stravinsky, Debussy and countless others during his 40-year career with the Met. But, he says, he still remembers that first night on the stage.

"I was very excited, but I wasn't nervous," he tells Fresh Air's Terry Gross. "I kept thinking I should be nervous, but I wasn't. And I think the reason was I had really grown up concentrating on music and on opera, and particularly on the Met. ... So when the time came that I was actually standing there conducting, I remember feeling amazingly at home."

Levine rehearsing with members of the Lindemann Young Artists Program

Levine rehearsing with members of the Lindemann Young Artists Program

Levine during a rehearsal for Simon Boccanegra with Domingo

Levine during a rehearsal for Simon Boccanegra with Domingo

Levine recently announced that he would be stepping down as the musical director of the Boston Symphony Orchestra, which he first conducted in 1972. But he'll continue his tenure at the Met, where he's known for bringing out the best in his musicians and in the company orchestra. In 1994, The New Yorker's Frederic Dannen credited Levine with "developing the orchestra from a mediocre pit band into a world-class ensemble." Levine says that any changes he made were slow and methodical, and always with his musicians in mind.

"Year after year, as we played a more and more diverse repertoire, as we learned a lot of new things [and] as we repeated the difficult and special works more frequently, all these bits and pieces added up to what we needed to make improvements," he says. "We began to play symphonic repertoire and chamber repertoire, which is absolutely essential for orchestra members to improve, and I think ... essentially [we tried to] find every possible constructive solution to the problems that we had. And I think, for the most part, that's the way it's played out for the past 40 years."

Levine tells Terry Gross that one of the most important things he does as a conductor is something he actively tries not to do — get in the way of the artistry of the musicians who are playing.

Levine's style at the podium has always been more muted than that of some of his colleagues. He does not gesticulate wildly or move his arms rapidly because, he says, he does not want to interfere with his audience's perception of the music.

"If your orientation is to watch the conductor, you get your aural sense interfered with in a way that is not completely controllable and conscious — because you see the conductor gesturing in a way that shows something about his feeling about the passage. And this, unconsciously, you measure against what you hear," he says. "And I think the most satisfying pieces that I hear live are usually conducted by conductors who have a very clear-cut idea of what their function is at a rehearsal and what their function is at a concert."

In rehearsals, Levine says he uses everything in his power to make the orchestra conscious of every single detail in the music. He'll gesticulate and stop the rehearsal, sometimes repeatedly, to illustrate sudden tempo or chord changes within a piece. 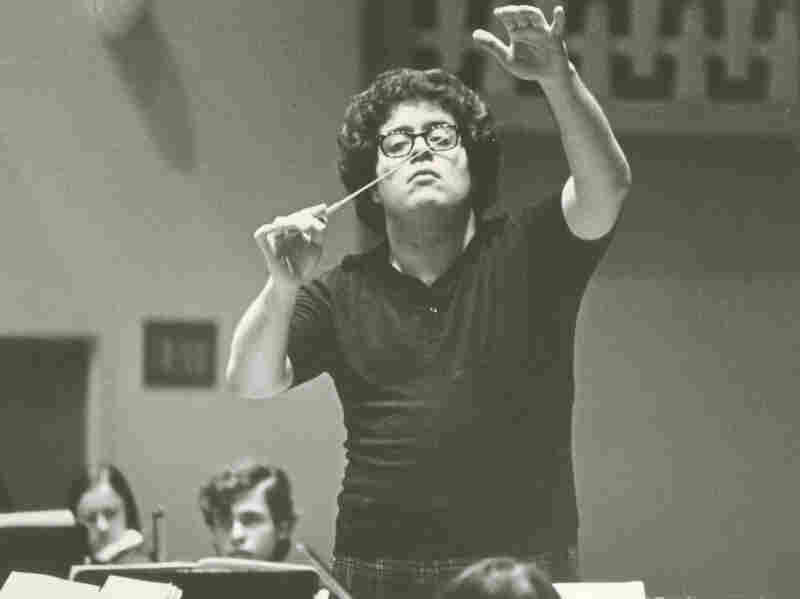 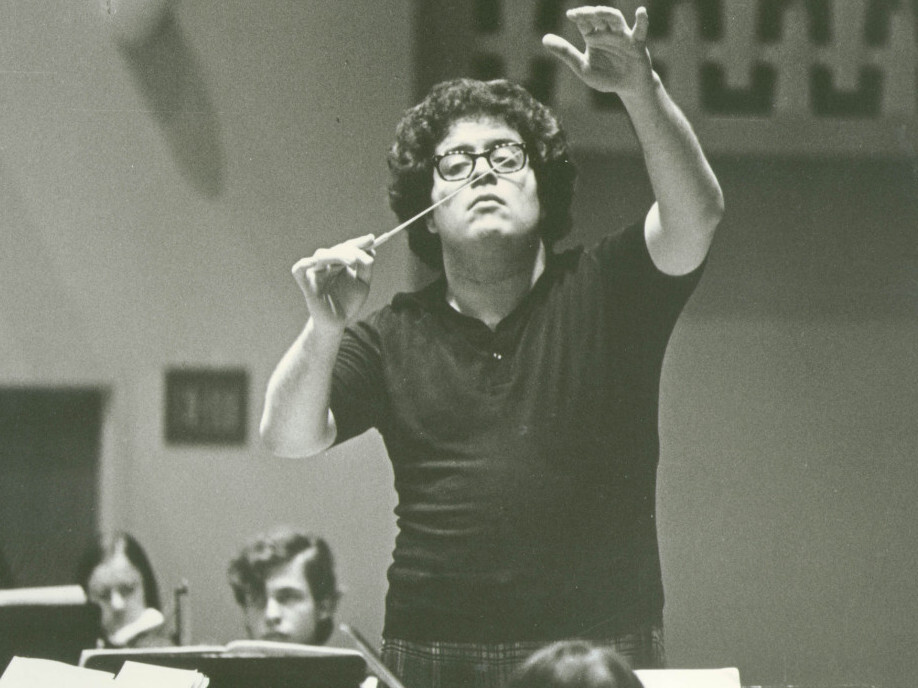 James Levine conducts during a rehearsal before his debut with the Metropolitan Opera on June 5, 1971.

"But when the performance comes, the orchestra has to be empowered to function within this conception without having to check with the middle man," he says. "It's not possible to feel and play and respond to what you feel inside and keep looking to have a constant alignment with the gesture of the conductor."

On Working With Singers 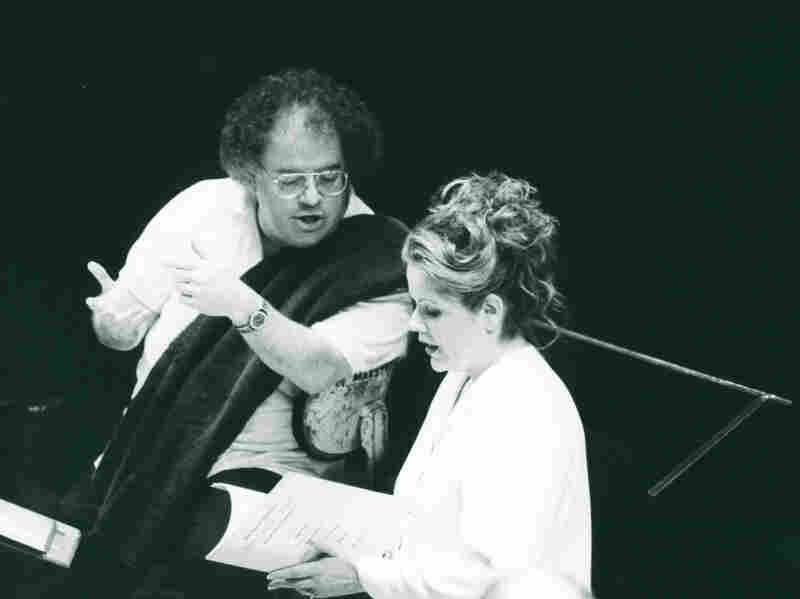 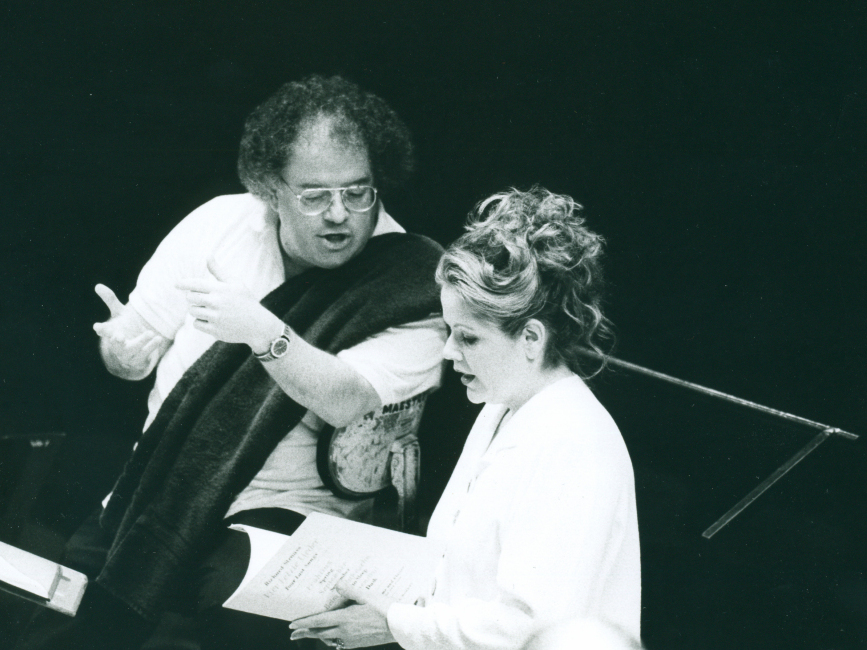 "Some of the things that you work on, when you're working on interpretation and communication, they have technical aspects. And you have to include those technical aspects, or you can't get at the diagnosis of the problem or the solution. But I don't spend sessions giving people voice lessons, per se. I'm not a voice teacher. But I'm a conductor and a coach, and a lot of technical observation goes into that."

On Stuttering As A Child

"When I was a little kid, I used to reach up high and try to play the piano when I passed by. And I also, at that time, could sing a tune coherently, but I had a very strong speech impediment. And when my parents said to the doctor, 'Well, what do you think?' — when they told him about my banging on the piano, he suggested piano lessons. And I started piano lessons when I was not quite 4 years old. And the speech impediment promptly disappeared, and I got very interested in the piano."

On His Debut At Age 10 With The Cincinnati Symphony Orchestra

"I hear a great deal of music differently now, because the more music you know and the longer you live, the more insight you have to the complicated music. But fortunately, there are some pieces, and Mendelssohn's Piano Concerto No. 2 is one of them, that have a fairly exuberant and adolescent conception, and it was a very appropriate piece for me to play at that age. And my feeling for it was strong then and has never abated. I still think it's a marvelous piece."

On His Back Pain

"My general health has always been so good, and my life has always been so fortunate, so even when this has really made my life miserable for periods of time, I still feel like a very, very lucky guy. I look around me, and I don't see anybody who doesn't have to solve some kinds of problems; everything can't be perfect. Human beings go through things. And my doctors all think that, in the course of the next year or two, I still have one area giving me pain. And if we do, in fact, solve that — we still have some things we can do to solve it — I may wake up one day and be free of back pain again."