Accessibility links
A Midsummer's 'Great Night,' Lost In San Francisco A novel by Chris Adrian brings the Bard to Buena Vista Park, where three strangers on their way to a summer fete find themselves lost in a fog-shrouded forest. Little do they know another group shares their wandering paths — Titania, the faerie queen, and her magical subjects. 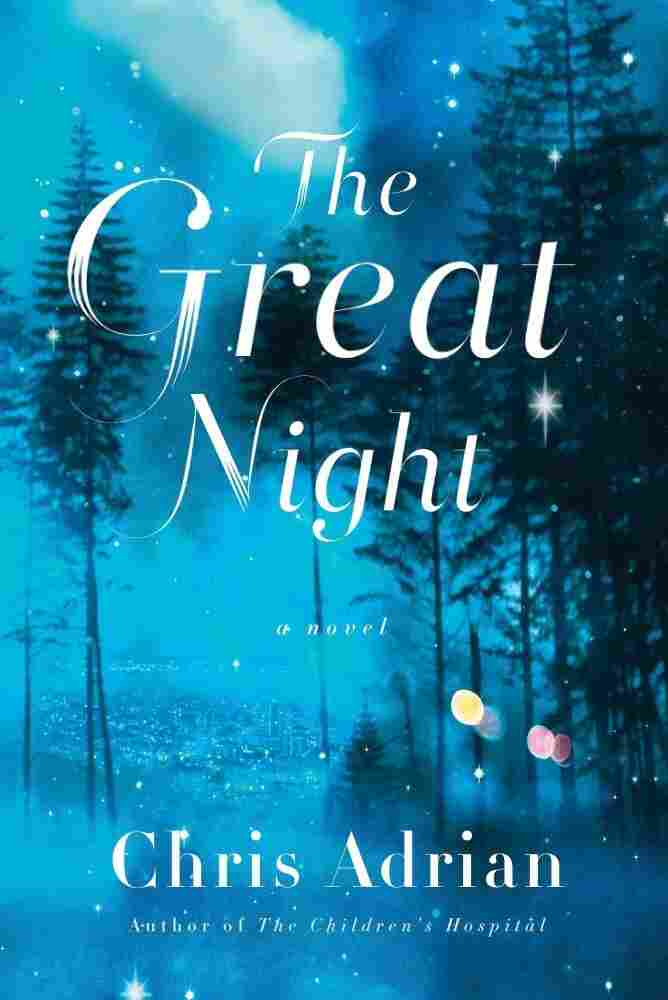 In Chris Adrian's magical third novel, the unbearable heaviness of being finds both expression and relief in the supernatural world of faeries and beasts. Based loosely on Shakespeare's A Midsummer Night's Dream, The Great Night interweaves fantasy, mythology, enchantment and ribald sexuality to revisit several of this dazzling, deeply humane writer's pet themes: grief over failed relationships and dead brothers, the intolerable fact of childhood cancer and the not always straightforward connection between happiness and love.

Adrian, author of Gob's Grief and The Children's Hospital, has set his most complex work to date on the the summer solstice of 2008, the shortest night of the year. Three strangers, all San Franciscans recovering from heartbreak, head separately into Buena Vista Park just after dark on their way to a party celebrating summer. They all become hopelessly lost on their metaphorical journeys to self-discovery.

Little do Adrian's would-be partiers know that on this very night, the faeries who live deep in the hill are up in arms. Their queen, Titania, desolate after the death from leukemia of her adopted human son and the rupture of her marriage to philandering King Oberon, has unleashed an old menace, the puckish Beast — noxious "distillation[s] of sadness and heartbreak and despair" — who threatens to consume them all.

Its characters chase around the fog-shrouded forest, befuddled by mistaken identities, each seeing in the night's phantasmagoric events a reflection of their own obsessions.

The Great Night, like its Shakespearean template, features multiple plotlines that interconnect as its characters chase around the fog-shrouded forest, befuddled by mistaken identities, each seeing in the night's phantasmagoric events a reflection of their own obsessions. Molly, recovering from her boyfriend's suicide, is convinced that she has finally cracked up and it's all a figment of her imagination. Will, an arborist and short story writer who has lost a brother to drugs, hopes to win back his girlfriend, an artist obsessed with her dead brother and a mysterious tree in her back yard. Henry, who, like Adrian, is a pediatric oncologist, feels "at ease in the habit of culpability" and blames "the obsessive prisons of his imagination" for his devastating breakup with his boyfriend — whom he comes to conflate with the Beast that stole his innocence.

Meanwhile, a group of homeless people have also gathered in the park to rehearse a camp musical version of the cult 1973 sci-fi movie, Soylent Green, to protest the city mayor's outrageous policies toward the destitute. Their leader, convinced that the Beast is the Mayor, hooks up with Titania to defeat him with a raunchy assertion of life. 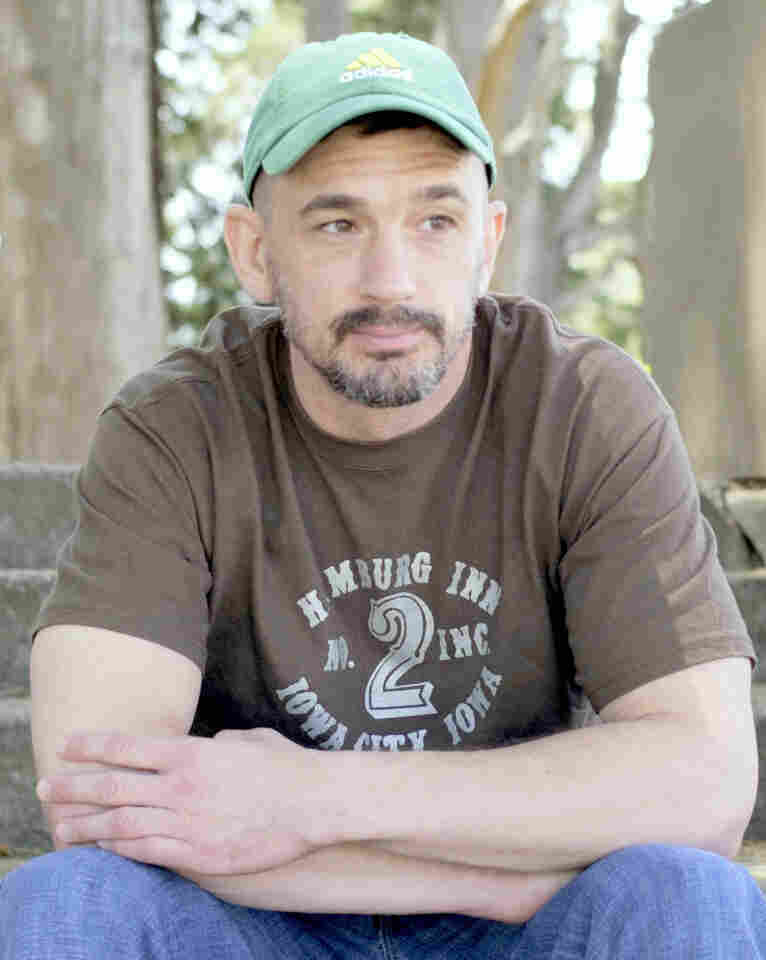 Chris Adrian is the author of The Children's Hospital and has written for McSweeney's and The New Yorker. He lives in Boston and San Francisco. Gus Elliott hide caption

The Great Night recalls Vikram Seth's wonderful 1986 novel in verse, The Golden Gate, which transposed another classic to contemporary San Francisco — Alexander Pushkin's Eugene Onegin — and also explored the universal, often thwarted pursuit of love. But Adrian, who holds a master's degree in Divinity from Harvard and a Master of Fine Arts degree in writing from Iowa in addition to his medical degree, uses Shakespeare's comedy not for a virtuosic display of stylistic mimicry but as a vessel to help him access and contain the amazingly bountiful, sparkling "jewels from the deep" (as the Bard called them) of his rich imagination. This speech, from Act V, Scene I of A Midsummer Night's Dream, aptly describes the nature of Adrian's remarkable talent:

Lovers and madmen have such seething brains,
Such shaping fantasies, that apprehend
More than cool reason ever comprehends.
The lunatic, the lover, and the poet
Are of imagination all compact. 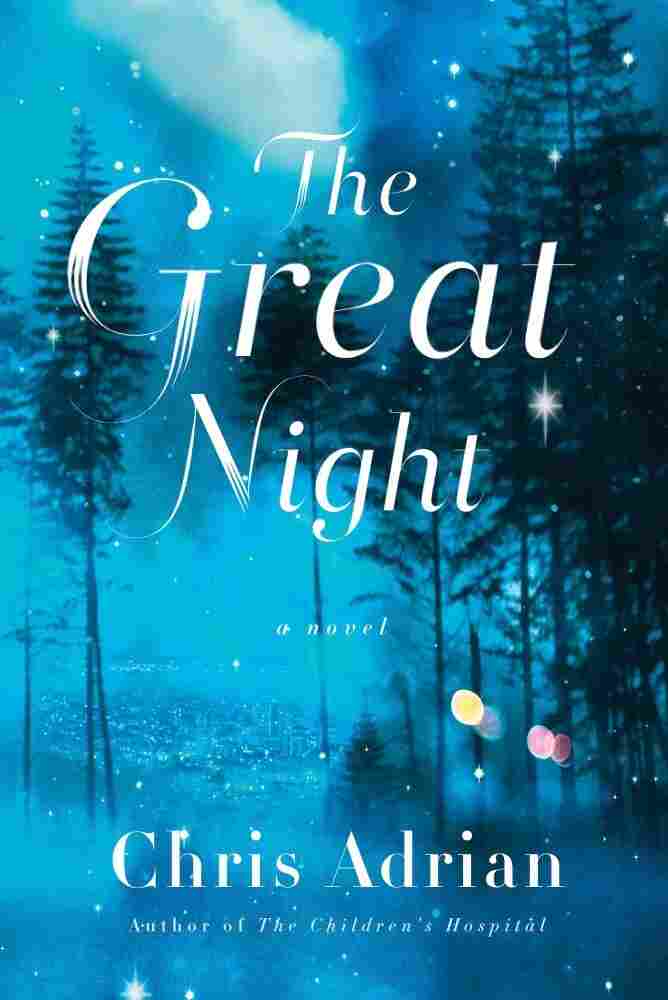 One night in the middle of June, three brokenhearted people walked into Buena Vista Park at nearly the same time, just after dark. One came from the north, out of the Haight, another climbed up out of the Castro from the east, and the last came from the west, out of the Sunset and Cole Valley: this one was already going in the wrong direction, and shortly all three of them would be lost. They were gong to a seasonal party of the famously convivial Jordan Sasscock, at his home at 88 Buena Vista West (Molly was headed, mistakenly, to 88 Buena Vista East). Jordan's parties were as famously convivial as he was, and the invitations, while prized, were not exactly exclusive, because it was in the nature of his conviviality never to leave anyone feeling left out. There were swarms of people who trudged up the hill in the middle of every summer to drink Jordan's beer and wine and stand on his roof and dance in his expansive garden. He was a lowly resident at the hospital nearby, but his grandmother had died five years before when he was still a medical student, leaving him the house and the garden and all the treasures and garbage she had stuffed into it in the eighty-nine years she had lived there: ruined priceless furniture and money under the mattresses and case after case of fancy cat food in the basement, and fifteen cats, only five of which were still alive on the night of the party, because, affable as he was, Jordan didn't much like cats, and he didn't take very good care of them.

Three months before, he would have stayed home on a night like this, in the context of an invitation like this, entertaining potential scenes of confrontation or humiliation or trickery: Jordan telling him quietly to leave, or asking from the middle of a group of encircling unfriendly faces if he could see Henry's invitation; didn't Henry know an invitation was necessary to come to the party? But Henry had turned over a new leaf since his lover had issued his latest and most final rejection. He was spending less time imprisoned in imaginary scenarios, and through no recognizable effort of his own he was becoming, day by day, a better man. It was a shame, really, that all the faults and neuroses and quite considerable pathologies that had helped spoil the relationship were finally lifting from him just in time to be too late. The timing was ridiculous, and it added significantly to his heartbreak that it had done no good to demonstrate his renaissance to Bobby, who had been out to San Francisco for a month to work (and expressly not, he said, to visit Henry). Bobby had issued his most detailed, hope-abolishing rejection on the day before he left, and they hadn't talked in all the months that had passed since then. It was a dismal discovery; there were so many different intensities of rejection, and every successive "no!" could feel worse and worse. It had put Henry into a state of what felt like perpetual agony, and yet he wasn't exactly depressed, or at least he was depressed in a totally different way than he had been all his remembered life up until then. Dull, quotidian misery had been replaced with a brighter sort of suffering, and he flet more connected to everything and everyone around him than he had for twenty years. Each day for weeks he had given up some neurotic quirk: excessive hand washing; fear of doorknobs and the ground; a reluctance to touch the sick children of smokers; fear, most recently, that having a single drink of alcohol would transform him into a monster. "People like us shouldn't drink," his mother had told him, over and over and over, "because of the horrible things that have happened to us." With one hand she would mime throwing back a shot and with the other draw an imaginary knife across her throat. "Ack," she'd say, as her invisible lifeblood poured out. "Instant addict." Never mind all that. He had already decided to drink a lot of beer at the party.

There remained, of course, the fear of the park itself, part and parcel of his old habits of bleaching and hand-washing and hand-wringing. The place had used to make his skin crawl, and the whole city and even the state around the park had made him uneasy even before it became intolerable to imagine being there. He had lived in San Francisco as a regular child, and then as a child abducted, and those unremembered years between the ages of nine and thirteen had cast a pall over the whole city. The story, as little of it has he had reconstructed, was as weird as the behaviors he had manifested when it could not be contained any longer in unmemory, and the strangeness of it had attracted Bobby in the beginning, as much as it had ultimately tortured him and driven him away in the end.