Accessibility links
Understanding The 'Economics' Of The World's Poor Many believe that one of the biggest challenges poor people face is hunger, but economist Abhijit Banerjee argues that the economics of poverty are often much more nuanced. Banerjee looks at how poor people make economic decisions in his book, Poor Economics. 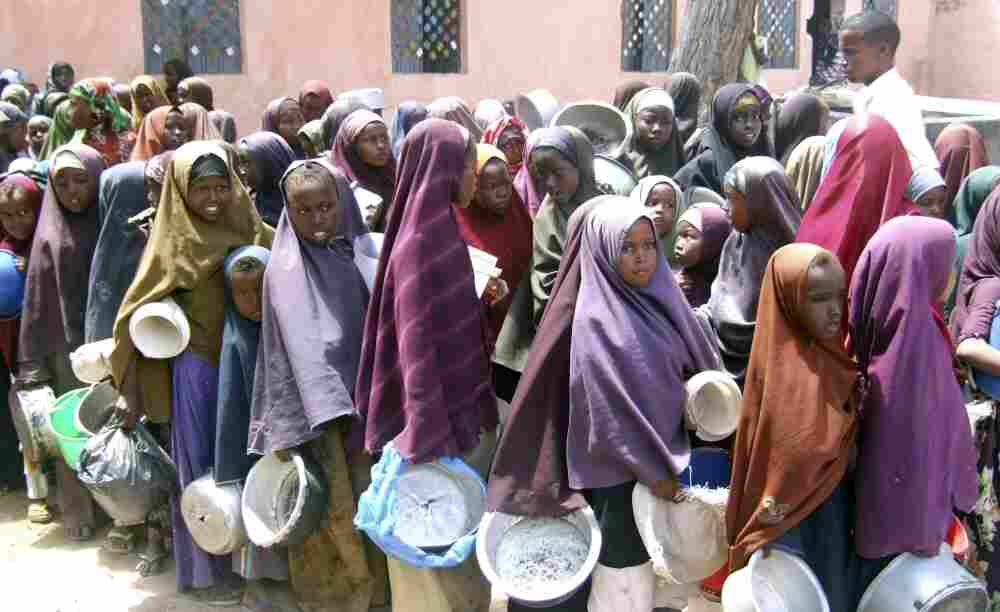 Economist Abhijit Banerjee argues that international aid organizations place too much focus on providing food, and should take a more nuanced approach to meeting the needs of their aid recipients. Mohamed Sheikh Nor/AP hide caption

It's a commonly held belief that one of the biggest challenges faced by the world's poorest populations is hunger. But according to Massachusetts Institute of Technology economist Abhijit Banerjee, the economics of poverty are often much more nuanced. 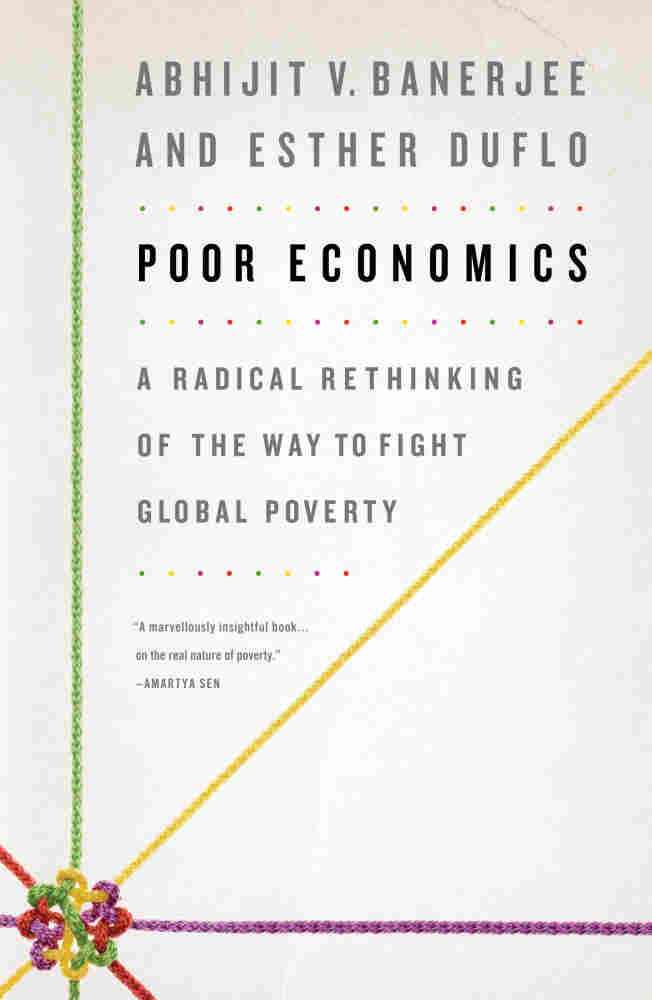 Banerjee is co-author of the book Poor Economics, which addresses the pitfalls of current aid programs and advocates for a radical new approach to thinking about poverty.

"Many of our programs are designed as if it doesn't matter what the recipients think of what we, as the munificent donors, are about to bestow on them," Banerjee tells NPR's Steve Inskeep.

Motivated by the idea that the poor are starving, development policy often focuses on providing food, Banerjee says. But he argues that while nutrition is important, it's not necessarily a poor person's only priority.

"The evidence is that the poor don't act as if they're starving," he says. "They seem to be willing to trade off a little less food for an opportunity to buy a television."

And that trade-off means that, contrary to popular belief, the poor aren't necessarily going hungry.

"We are assuming that they're going hungry, because we think that somehow they're poor, so they must be eating too little," he says. 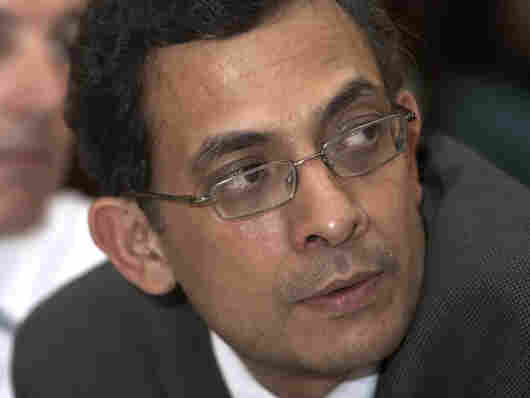 Abhijit Banerjee is currently the Ford Foundation International Professor of Economics at the Massachusetts Institute of Technology. Courtesy of PublicAffairs hide caption 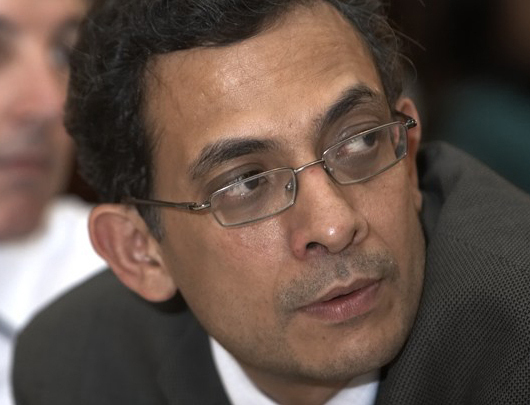 Abhijit Banerjee is currently the Ford Foundation International Professor of Economics at the Massachusetts Institute of Technology.

"When people get slightly richer, they are looking for pleasure as well as nutrition, even at the lowest levels of income," Banerjee explains. "If you give them some extra money, they don't go and buy more nutrition — they buy more tasty foods, like we would. They want to live a life; they don't want to just invest in their future."

Banerjee argues that food policy should work with human behavior, not against it. So if there is a real and established deficit of vitamins in the diets of the poor, you could strategically introduce more micronutrients through, for example, micronutrient-rich candy.

"Make it cheap, make it available in all schools," Banerjee says. "Children love candy, and they'll get lots of nutrients from it."

When it comes to the billions of dollars that the West spends in aid, Banerjee says we shouldn't worry about it going to waste. Instead, we should focus on increasing its impact and making it go further.

The Psychology Of Savings

Understanding the way people think about the future can help us understand why the poor often have lucrative opportunities to save but do not use them. Andrei Shleifer, probably the best exponent of the theory that many people sometimes do silly things, who had just returned from Kenya, shared with us something that he had noticed there: a huge difference between the farms run by a group of nuns, which were lush and vibrant, and those run by their neighbors, which were much less impressive. The nuns were using fertilizer and hybrid seeds. Why, he asked us, were the farmers not able to do what the nuns were doing? Could it be a sign that they were much more impatient (the nuns' profession presumably inclines them to patience because the rewards are mainly in the afterlife)?

He had hit on something that had long been a puzzle for us. In surveys conducted over several years, Michael Kremer, Jonathan Robinson, and Esther found that only about 40 percent of the farmers in the Busia region in western Kenya (not far from Sauri, the village where Jeffrey Sachs and Angelina Jolie met Kennedy, the young farmer who had not been using fertilizer before the project gave it to him) had ever used fertilizer, and just 25 percent used fertilizer in any given year. Conservative estimates, based on offering a random group of farmers free fertilizer to use on a small part of their fields and then comparing the harvest on that plot to that on a similar plot of land belonging to the same farmer, suggest that the average annual return to using fertilizer exceeds 70 percent: For $1 paid in fertilizer, the average farmer would get $1.70 worth of extra maize. Not quite the returns the fruit vendors could make, but seemingly well worth the effort of saving a little. Why were they not doing it more? It may be that farmers do not know exactly how to use fertilizer. Or they could underestimate the returns. But if that were true, then at least the farmers who got the offer of free fertilizer (and a demonstration of how best to use it) and earned the high returns should be hugely enthusiastic about using it in subsequent seasons. In fact, Esther, Kremer, and Robinson found that the farmers who were given free fertilizer one season were 10 percentage points more likely on average to use fertilizer in the very next season after the study, but that still meant that a majority had gone back to not using fertilizer. It was not that they were unimpressed with what they saw: The vast majority claimed to be convinced and initially said they would surely use fertilizer.

When we asked some farmers why they did not end up using fertilizer, most replied that they did not have enough money on hand to buy fertilizer when it was time to plant and use it. What is surprising is that fertilizer can be purchased (and used) in small quantities, so this is an investment opportunity that seems easily accessible to farmers with even a small amount of savings. It suggests that the issue, once again, is that farmers find it difficult to hold on to even very small sums of money for the period from harvest to planting. As Michael and Anna Modimba, a couple who farm maize near Budalengi in western Kenya, explained, saving is hard. On their farm, they had used fertilizer in the last growing season, but not the one before, because they had had no money left to buy it then. Saving at home is difficult, they explained, because there is always something that comes up that requires money (someone is sick, someone needs clothes, a guest has to be fed), and it is hard to say no.

Another farmer we met the same day, Wycliffe Otieno, had found a way to solve this problem. He always made the decision about whether or not to buy fertilizer just after the harvest. If the harvest was sufficient to pay for school fees and provide food for the family, he immediately sold the rest of his crop and used the money to purchase hybrid seeds, and if he had any leftover money, fertilizer. He stored the seeds and the fertilizer until the next planting season. He explained to us that he always bought the fertilizer in advance, because, like the Modimbas, he knew that money kept in the house would not be saved: When there is money in the house, things always happen, he said, and the money disappears.

We asked him what he did when he had already purchased fertilizer (but not yet used it) and someone got sick. Wasn't he tempted to resell it at a loss? His answer was that he never found the need to resell the fertilizer. Instead, he tended to reevaluate the true urgency of any need when there was no money lying around. And if something really needed to be paid for, he would kill a chicken or work a bit harder as a bicycle taxi driver (a job he did on the side when he was not too busy with farming). Although they had never purchased fertilizer in advance, the Modimbas had the same view. If a problem came up but they had no money (say, because they had purchased fertilizer), they would figure something out — perhaps borrow from friends or, as they put it, "suspend the issue"; but they would not resell the fertilizer. It was their opinion that it would be a good thing for them to be forced to find an alternative solution, instead of using the cash at home.

So to help people like the Modimbas, Esther, Kremer, and Robinson designed the Savings and Fertilizer Initiative (SAFI) program. Right after the harvest — when farmers have money in hand — they are given the opportunity to purchase a voucher entitling them to fertilizer at sowing time.6 ICS Africa, an NGO working in the area, implemented the program. Fertilizer was sold at market price, but an ICS field officer visited the farmers at home to sell the vouchers, and the fertilizer was delivered to their homes when they wanted it. The program increased the fraction of farmers who used fertilizer by at least 50 percent. To put this in perspective, the effect of this program was greater than the effect of a 50 percent reduction in the price of fertilizer. Just as Michael and Anna Modimba and Wycliffe Otieno had predicted, as long as it was brought to their door at the right time, farmers were very happy to buy fertilizer.

But that didn't explain why the farmers did not buy the fertilizer in advance on their own. A huge majority of the farmers who bought the vouchers went for immediate delivery, then stored the fertilizer and used it later on. In other words, just as Wycliffe Otieno had told us, once they had fertilizer, they didn't resell it. But if they really want fertilizer, why don't they go ahead and buy it themselves? We asked the Modimbas. Their answer was that the fertilizer shops did not always have fertilizer available immediately after harvest — they only got it later, just before planting. As Michael Modimba said: "When we have money, they don't have fertilizer. When they have fertilizer, we don't have money." For Wycliffe Otieno, this was not such a problem: Because his job as a bicycle taxi driver brought him into town all the time, he was able to regularly check whether fertilizer had come in, and then buy it from whatever shop happened to have it. But for farmers like the Modimbas, who lived about an hour's walk from the market town and had few reasons to go there, checking the stores was more difficult. It was this small inconvenience of keeping an eye out for fertilizer delivery (asking a friend to check, calling the store) that was holding back their savings and productivity. All our intervention really did was to remove this minor bottleneck.

From Poor Economics: A Radical Rethinking of the Way to Fight Global Poverty by Abhijit V. Banerjee and Esther Duflo. Copyright 2011. Reprinted by permission from PublicAffairs. 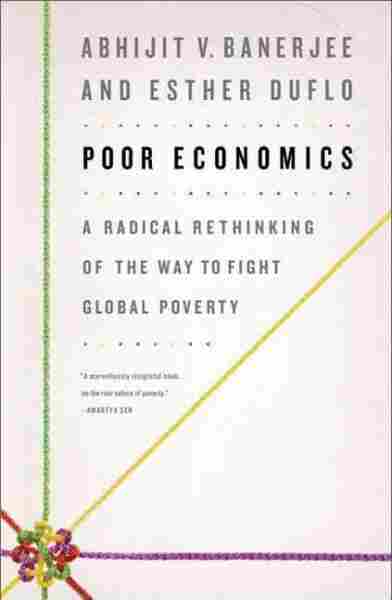 A Radical Rethinking of the Way to Fight Global Poverty

by Esther Duflo and Abhijit Banerjee