Accessibility links
Developer: Plans For N.Y. Mosque Moving Forward A year since the controversy over the so-called ground zero mosque erupted with harsh rhetoric, demonstrations and a threat to burn a Quran, Sharif El-Gamal is moving forward with his plans. Even though he says working on the project has been hard without Cliffs Notes, he is convinced it's going to happen.

It's been about a year since the controversy over the so-called ground zero mosque erupted with harsh rhetoric, demonstrations and a threat to burn a Quran.

Now, many of the names formerly associated with the proposed Islamic Cultural Center two blocks from ground zero are no longer involved.

And there's been a split between the owner of the building and the original imam who was involved.

But the owner — real estate developer Sharif El-Gamal — is moving forward with his plans for a mosque.

How The Controversy Started

Months after a group of investors bought the building now called Park51, The New York Times ran a story on the proposed center. It was December 2009. No one noticed. When the wife of Imam Feisal Abdul Rauf, the imam who was originally associated with the center, was interviewed by Laura Ingraham on Fox News, Ingraham was positive.

The city and the mayor approved the idea.

Then conservative blogger Pamela Geller went on Fox. "What could be more insulting and humiliating," she said, "than a monster mosque in the shadow of the World Trade Center buildings that were brought down by an Islamist jihadist attack."

Opponents flocked to community meetings. By the summer, Republican politicians were all over the issue.

"This is a slap to those innocent victims that were murdered that day on 9/11," said Sarah Palin. Former House Speaker Newt Gingrich said, "We would never accept the Japanese putting up a site next to Pearl Harbor."

By last September, the Rev. Terry Jones threatened to burn a Quran if the center was not moved.

On the ninth anniversary of Sept. 11, there were demonstrations on the streets of New York. People chanted, "Not here, Not here."

Then came the election, and after that, for most people, it all went away.

'We've Made Mistakes Along The Way'

So what's the status of the Islamic Cultural Center now?

Rauf is no longer involved with Park51. His wife, Daisy Khan, says they are developing their own vision for a different center, which they will announce in a couple of months. And while there are no specifics, the imam has raised very little money, according to tax records of his organization, The Cordoba Initiative. 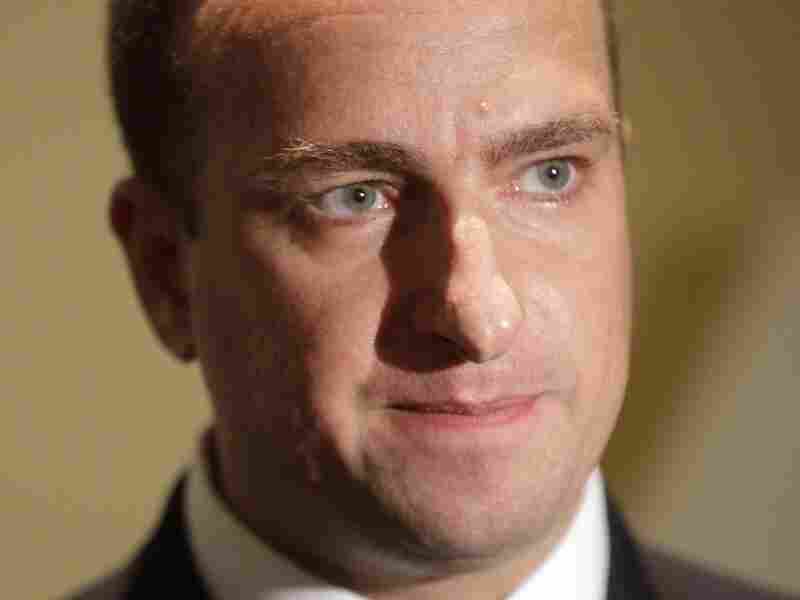 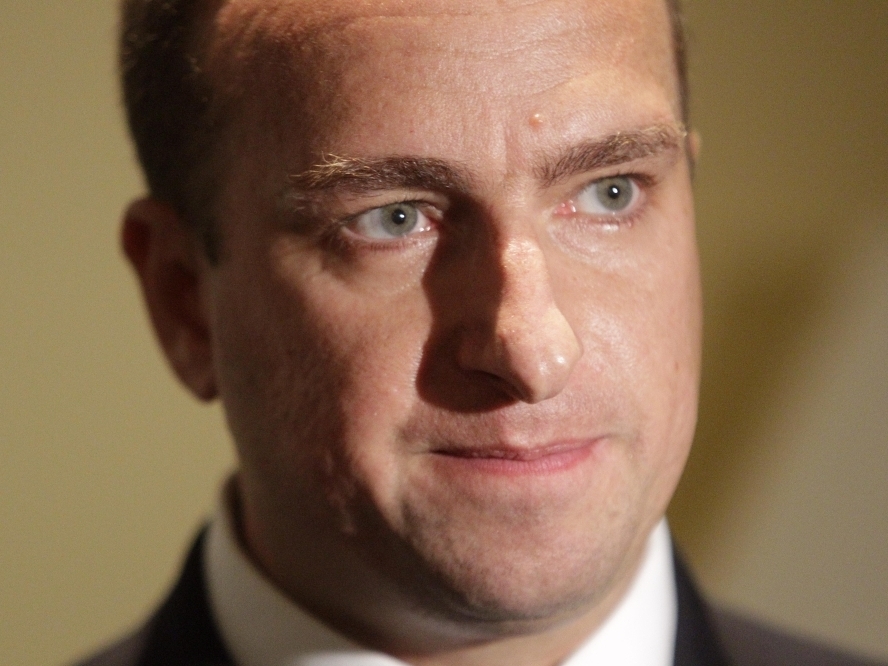 So the main action is at the Park51 building.

Gamal says they've been building their board and their advisory board, and their staff is inching close to a dozen people.

They applied for 501(c)(3) status in November; it can take up to a year. They have a thick, glossy, fundraising document, and a PowerPoint presentation for potential funders.

Gamal has always said the model is New York's Jewish Community Center, which has all the services of a YMCA. But the JCC raised the money first — then thought about a building.

Gamal and his team did it the other way. And, he adds, "We have made lots of mistakes along the way." The mistakes include announcing the name of one funder who got besieged by the media and emphasizing two imams who are no longer associated with the project.

"It started turning into a project of individuals," Gamal says.

They won't get big funders until they get tax-exempt status, and they don't want to give out names until there are a dozen members of the board, and a group of funders to announce at the same time. There are also economic issues.

But events are happening in the old building on Park Place.

At last Friday's prayers there were several hundred people. The building has been used for film showings, for Arabic classes and to hold a meeting between Shiites and Sunnis. 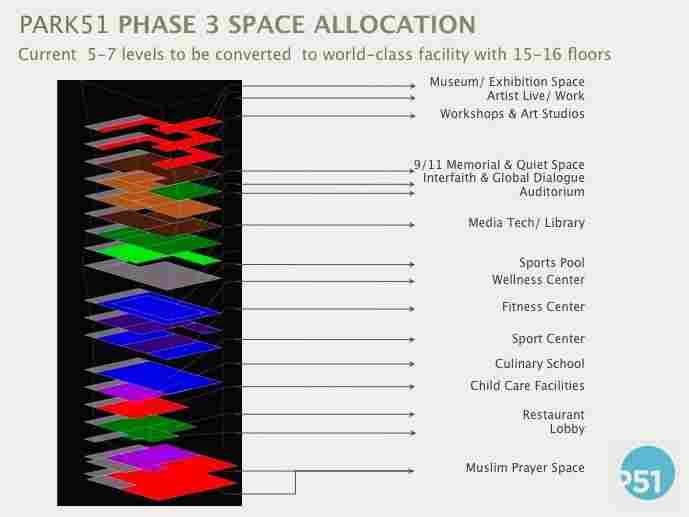 The developer's vision of the new mosque and what will be on each level. Courtesy of Sharif El Gamal hide caption 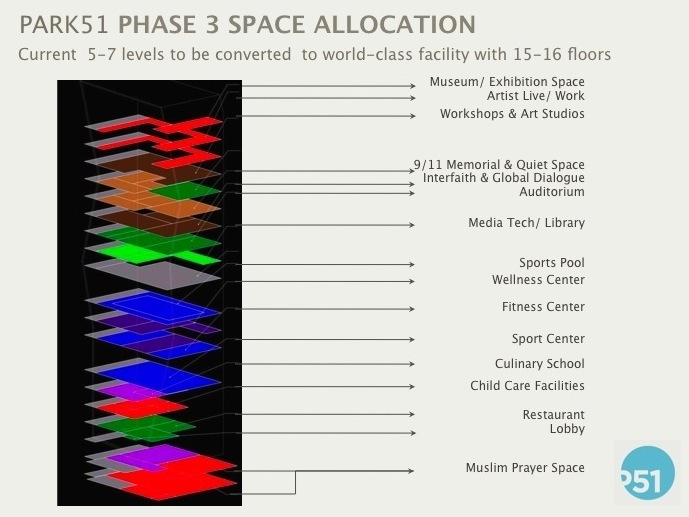 The developer's vision of the new mosque and what will be on each level.

There is a four-phase plan. But the board admits the timeline for a new building is years away. Gamal says it's going to take a minimum of five years. Given the financial and political complexities in New York City, that seems optimistic. The Jewish Community Center took 11 years.

As for what the building may look like, the PowerPoint presentation shows the mosque on Level 1. The 13-15 floors include museum space, a Sept. 11 memorial, a place for interfaith meetings, an auditorium, a media-tech library, a sports pool, a wellness center, a fitness center, a sports center, a culinary school, child care facilities and a restaurant.

Gamal, 38, sees his institution as representing both Islamic traditions and American traditions. He calls jihadists "criminals" acting in the name of his faith. Gamal owns about 10 buildings, and he's put more than $2 million of his own money into this project, he says.

He says working on this project is very hard. "There are no Cliffs Notes," he says.

But he's convinced it's going to happen.