Accessibility links
In Libya, An Eerie Quiet On The Eastern Front Fighting between rebel forces and troops loyal to Moammar Gadhafi is at a standstill in eastern Libya. But a rebel fighter says they have gotten the go-ahead for a new offensive in the coming days. The remaining residents of Ajdabiya are bracing for a new round of fighting. 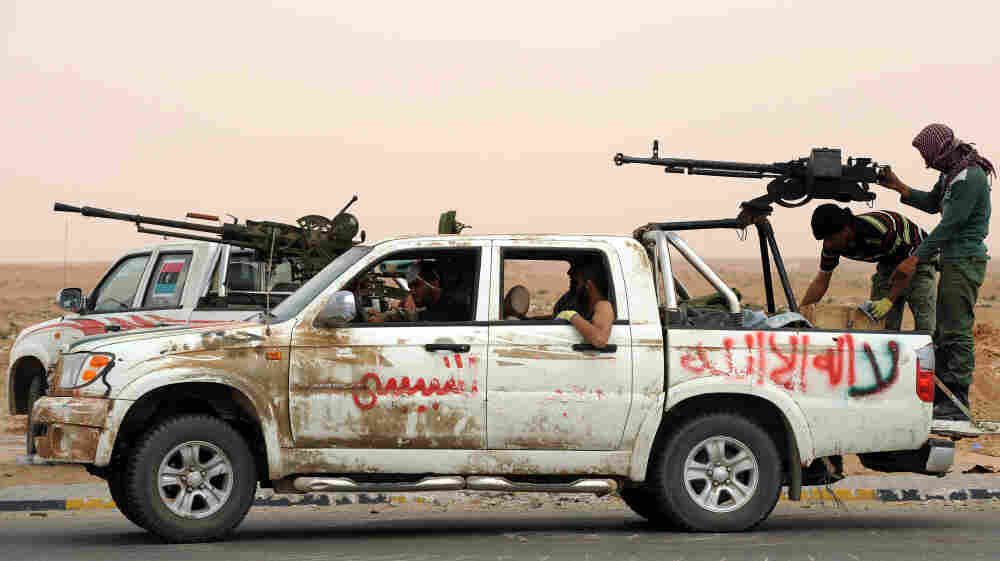 Libyan rebels head to the front line on the outskirts of the eastern city of Ajdabiya on May 1. Saeed Khan/AFP/Getty Images hide caption

In Libya, fighting is still raging around the besieged western city of Misrata. It's also strong near the Tunisian border, where the rebel-held town of Zintan is under attack by forces loyal to Moammar Gadhafi.

But one area that has been out of the headlines recently is in the east — where the battle lines are static and neither the rebels nor Gadhafi's forces can advance.

On the western edge of Ajdabiya, about 25 miles away from the front line, there's an eerie quality. The only vehicles in sight are rebel-driven pickup trucks with weapons mounted on the back. There seems to be no sense of momentum in this part of the conflict.

Despite rebel propaganda that front-line fighters are now highly trained former soldiers, the men here are volunteers from all walks of life with seemingly little experience.

Ibrahim Nass, a former taxi driver who is manning a checkpoint near the front lines, has been here for about six weeks.

But something crucial has changed: He says the rebels are now coordinating with NATO.

NATO, Nass says, has told the rebels not to advance, so now their lines are holding just outside the city. He says the advantage is that the new buffer zone keeps the rebels and civilians safe. The downside is that a stalemate is settling in.

But Nass says the rebels have gotten the go-ahead for a new offensive toward the town of Brega in the coming days.

At Ajdabiya's main hospital, doctors confirm they are bracing for a new round of fighting. Right now though, the hospital halls, which were once stained with blood, are spotless and empty. 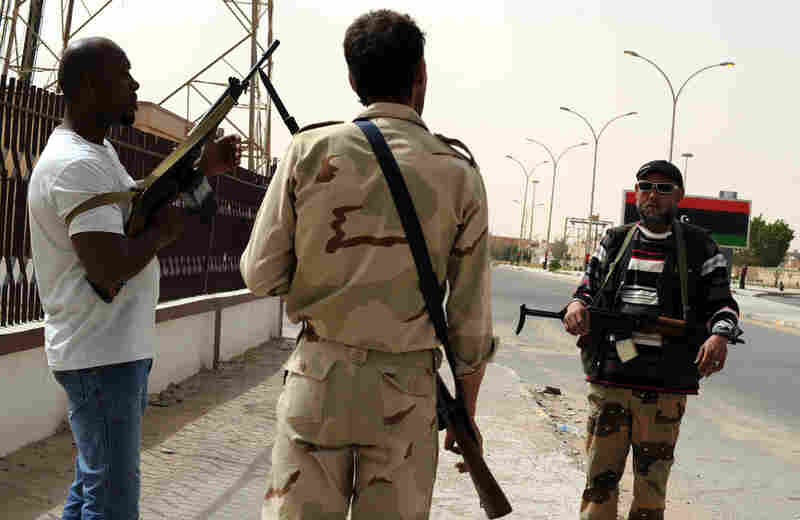 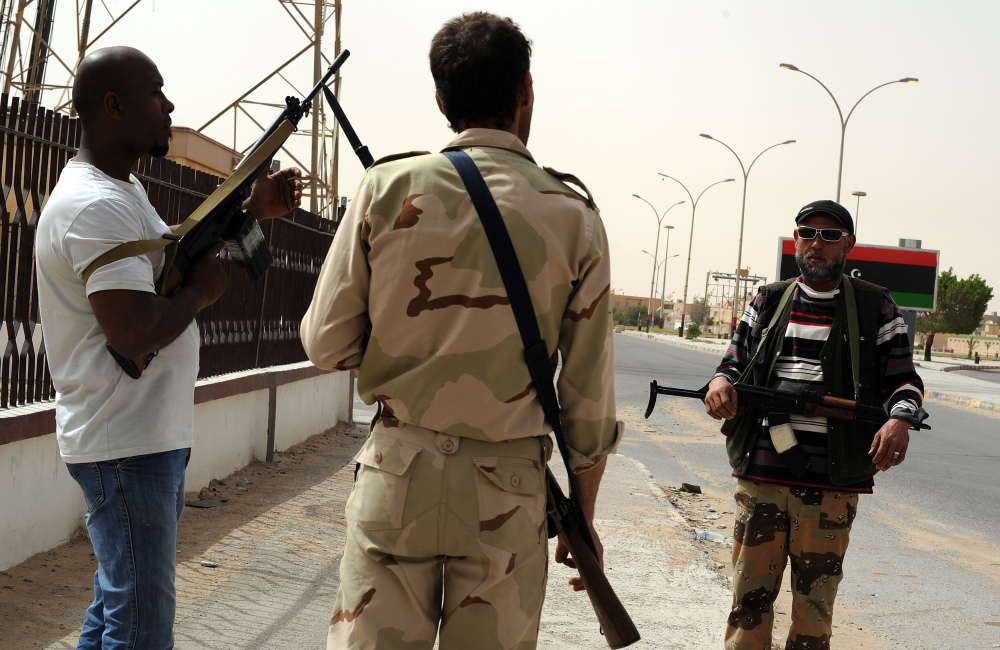 Libyan rebels patrol the streets of the almost deserted eastern Libyan city of Ajdabiya on May 1.

Ajdabiya has been won and lost several times since the uprising began, and the hospital bears the scars: It is pockmarked with bullet holes. Mohammed Abdul Karim, a doctor who has been working here throughout the conflict, says that before the rebellion the hospital had a staff of 130.

Now, "about seven or eight doctors only in the hospital stay with us here," he says. "I am from Ajdabiya, and so we should stay."

But this front-line city is a ghost town now. Everything is shuttered. Buildings have holes in them from tank rounds; the streets are littered with twisted metal from the remains of the tanks shattered in NATO airstrikes.

One of the few concentrations of people is at the bakery, one of the few shops open in the city. Salah Mohammed is standing in line. The 25-year-old is staying alone at his house to protect it from looters.

The situation is very unstable, Mohammed says, adding there is no safety and there are shortages of everything, including gas, food and water.

Almost everyone has fled to the rebel stronghold of Benghazi, about a two-hour drive away. Mohammed left, too, the last time Gadhafi's troops took the city.

He's worried Gadhafi's forces, located just a few dozen miles to the west, could come back at any moment.

And with a possible new offensive in the works here, Mohammed says he will flee his home once again, if the fighting comes back to Ajdabiya.