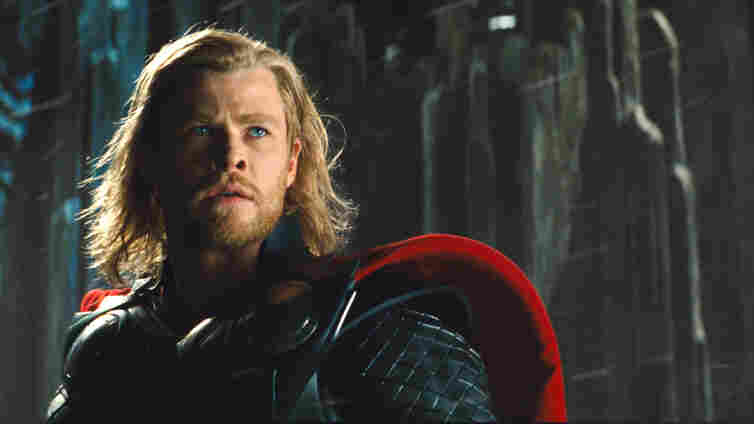 Comic relief: Chris Hemsworth fits the strapping, swaggering, hammer-toting bill as a god who's a little clueless when it comes to fitting in on Earth. Paramount Pictures/Marvel Studios hide caption

It's origin-story time again at the multiplex: Godlike superhero falls from sky and gets adopted by earthlings, who discover in short order that he is in fact a godling.

The earthlings in question are astrophysicist Natalie Portman and her assistant Kat Dennings, who are accompanied by a mentor played by Stellan Skarsgard. (Because they needed someone who might credibly be up on his Norse mythology?) While those three take their charge to the hospital, the film heads for a flashback in Asgard, whence he fell.

In that realm, which seems to have been imagined for the purposes of this picture by Maxfield Parrish, we meet our hero's trickster brother Loki (Tom Hiddleston) and his one-eyed dad Odin (Anthony Hopkins), who's seriously annoyed about the war Thor's started with the Frost Giants. Hopkins is classically trained, as is director Kenneth Branagh, who naturally sets him to conjuring verbal thunderbolts straight out of King Lear.

"You have betrayed the express command of your king, opened this peaceful realm and innocent lives to the horror and desolation of waaaarrrrrrrr," thunders Odin, before banishing him to Midgard (Earth).

Happily, things feel more down-to-earth down on Earth, where Thor's hammer lodges itself in a stone, Excalibur-style, and can only be pulled out by someone who's earned the right to be king. Thor's comics-medium creator, the legendary Stan Lee, has a quick cameo trying to extricate it, as do some men in black aided by Jeremy Renner's Hawkeye. (Another blink-you'll-miss-it cameo, this one designed to set up next summer's Marvel movie The Avengers.) 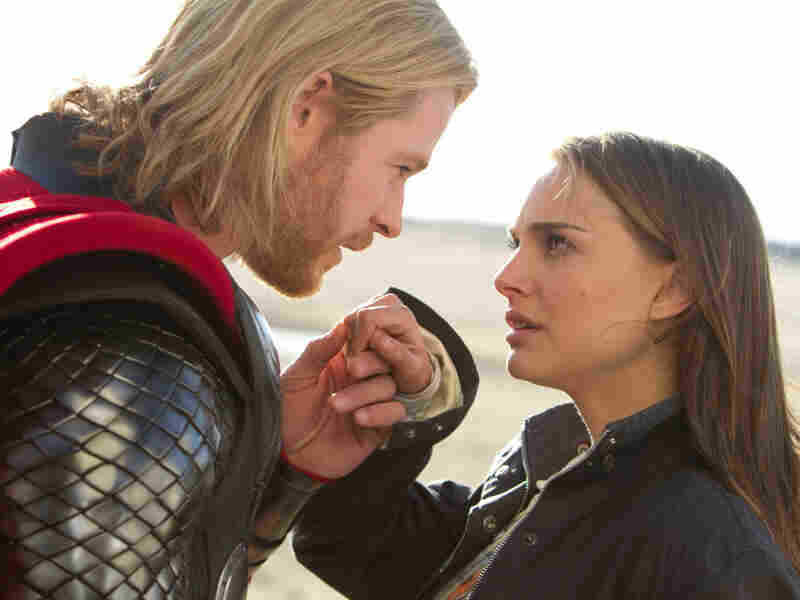 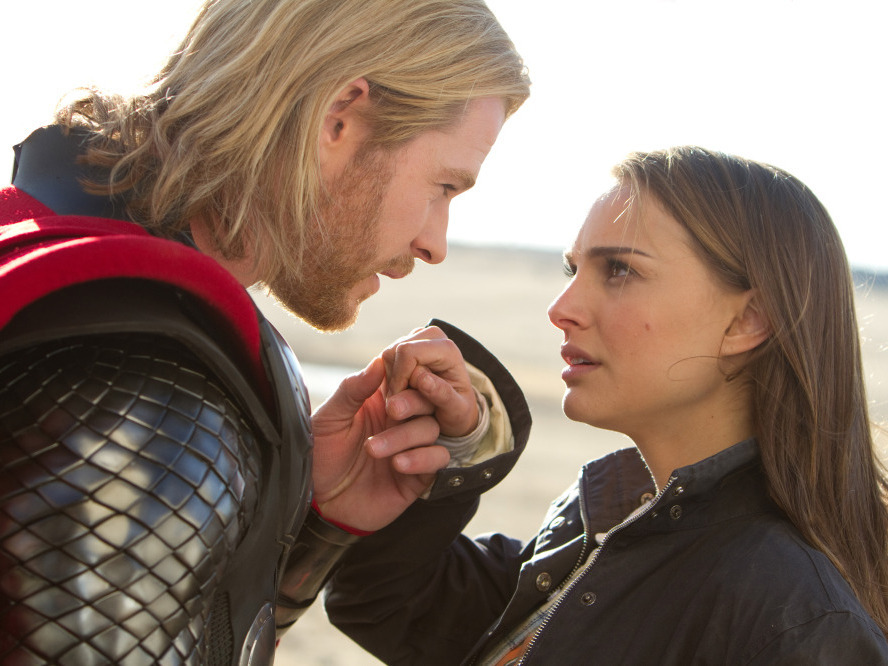 Jane Foster (Natalie Portman, right), an astrophysicist who discovers Thor in the desert, guides the hero through life among humankind.

But the dude with the blond mane and bulging biceps clearly owns that hammer. And when the screenplay gives him something besides arrogance to work with, he owns the movie too — a frat-boy god-out-of-water, amusingly clueless about when throwing his weight around is manly and appealing, and when it just makes him a jerk. In a diner, say, smashing coffee cups.

In the Marvel Comics firmament, Thor qualifies a second-tier superhero, and despite its classier-than-usual director, his film's kind of second-tier too, with lavish effects and big digital battles that register as pretty routine even in 3-D — although setting one showdown on a Wild West main street counts as a nice touch, a month after Rango and three months before Cowboys And Aliens.

Less nice is wasting Japan's hippest movie star, Tadanobu Asano, in a bland sidekick role, and not getting Natalie Portman to make much of a case for inter-realm romance. Except for Hiddleston, who brings a bit of nuance to Loki's machinations, secondary characters aren't this film's strong point.

But give the producers credit for casting that slab of beefcake with the blazing smile. Hemsworth looks and acts like a comic-book superhero come to life — no 3-D or special effects required.