Accessibility links
Movie Review - 'The Beaver': Redemption For Mel Gibson? David Edelstein's friends all say they just won't see a Mel Gibson movie. But Edelstein says the actor's new film The Beaver, directed by Jodie Foster, might be worth a look — if only for a certain cameo appearance. 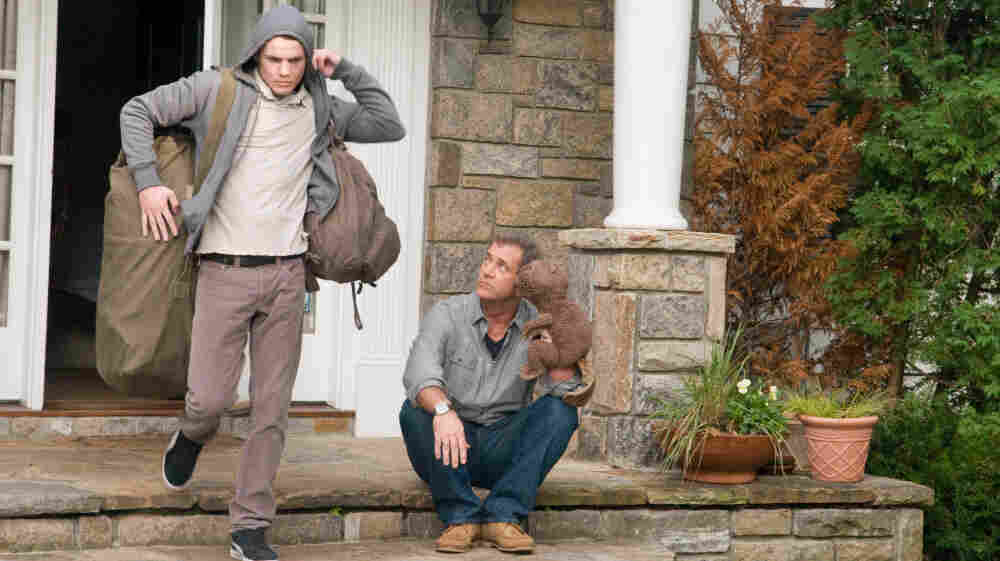 Every single person to whom I've mentioned The Beaver has announced that he or she has no intention of seeing another movie starring Mel Gibson — even if he's playing a nut job like they think he is in life.

But I couldn't wait. I think Gibson is a fascinating actor, and he was especially good playing crazy in the 1997 thriller Conspiracy Theory, a welcome change from the usual Make Mel Mad template where he's driven to take vengeance on those who kill or kidnap his wife or lover or child or dog.

In The Beaver, Gibson plays Walter Black, a near-catatonically despondent business owner who finds a beaver puppet in a dumpster and begins to talk through it using a blunt Cockney accent. Although Walter plainly manipulates the puppet and makes no ventriloquist-like attempt to conceal the movement of his own lips, the Beaver claims to be alive and speaking on Walter's behalf. To engage Walter, you must literally talk to the hand.

Walter even gives his stricken wife, played by director Jodie Foster, a card introducing the Beaver that says: "Hello, the person who handed you this card is under the care of a prescription puppet designed to help create a psychological distance between himself and the negative aspects of his personality. Please treat him as you normally would but address yourself to the puppet. Thank you."

Despite its bizarre trappings, Kyle Killen's script for The Beaver is rather tidy: It's a problem drama on the theme of defense mechanisms. Walter, through the Beaver, explains that instead of living in misery, he has "wiped the slate clean" and become someone else. For contrast, the movie presents his high-school son Porter, played by Anton Yelchin, who seeks to confront his own demons — most of them having to do with his father — and purge them in a way more conventionally psychotherapeutic.

Porter has also made it his mission to force the girl he has a crush on — played by Jennifer Lawrence — to acknowledge the death of her older brother instead of repressing it. That doesn't prove to be the fastest way to a girl's heart — but neither, at the other extreme, is his father's planting a kiss on his wife's lips with a hand puppet. 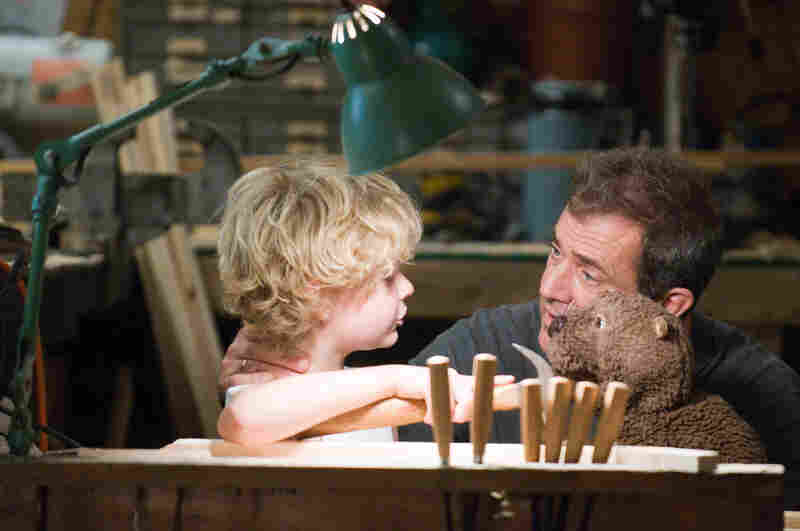 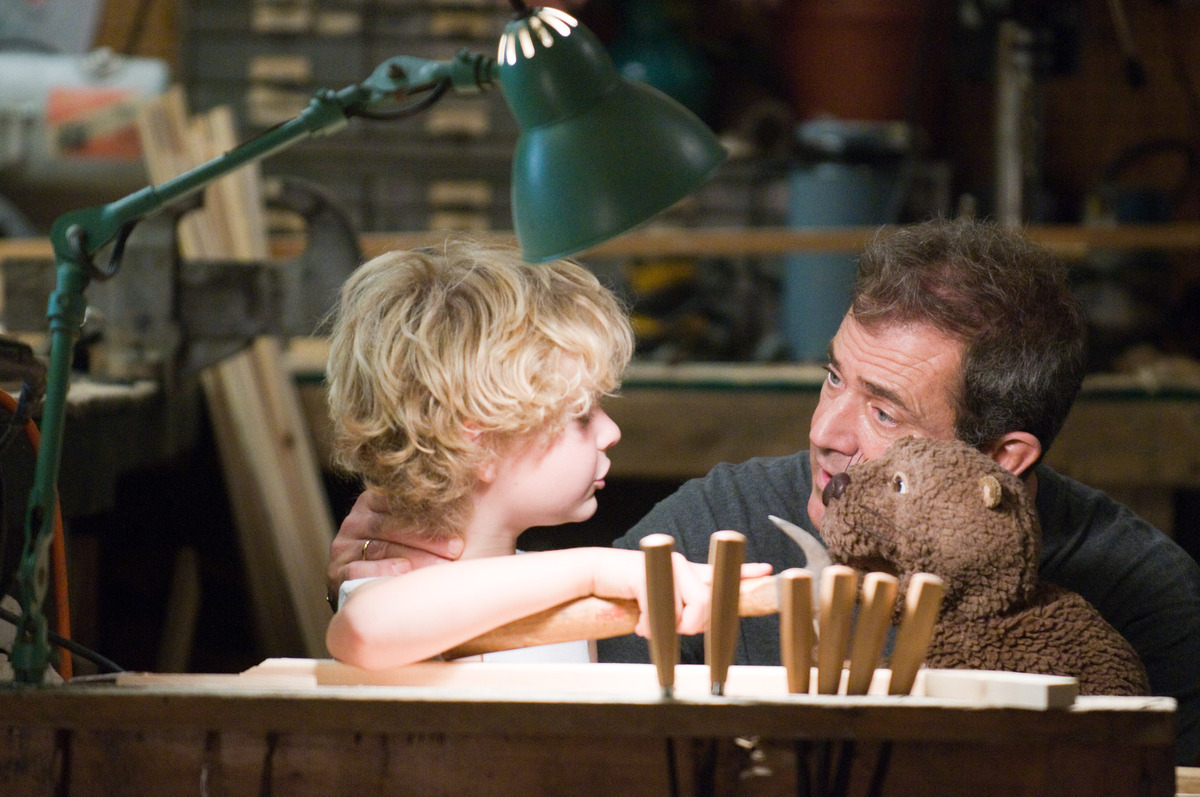 It's too bad that the Beaver itself isn't much to look at, being an ordinary hand puppet with anatomically correct small eyes. Worse, what comes out of its mouth — or Walter's — isn't especially witty. You never see how Walter in the short term could be liberated by giving in to his aggressive and confident side, how he could actually have fun being madcap and filthy-minded. Gibson bites his lower lip as if chagrined and makes his face into a blank, so that you register only his wounded blue eyes and sagging features. He abstracts himself.

My guess is that Jodie Foster was so afraid of trivializing Walter's mental illness that she forgot she was an artist and not a social worker. Her pacing is so glum that the movie could have been directed by her character, Walter's troubled wife — "a Meredith Black film."

In the later scenes, Gibson begins to rebel against the Beaver, which starts making like the demonic ventriloquist dummy in the old Anthony Hopkins thriller Magic. But even their grisly final confrontation doesn't liven the movie up much. I swear the biggest laugh is when Walter makes the rounds of talk shows and ends up on Fresh Air opposite Terry Gross.

I won't spoil her joke. I guess to hear it, you might have to be one of those people who go to a Mel Gibson movie.