Accessibility links
Without A College Degree, Hard-Pressed For Jobs Two years ago, siblings Natalie and Chris Geymayr saw a straight line to college and a middle-class life. But when their mother died and the recession hit, the pair dropped out of college to make money. Now, they're struggling to earn what they need — showing just how difficult it is to advance in this economy without a college degree. 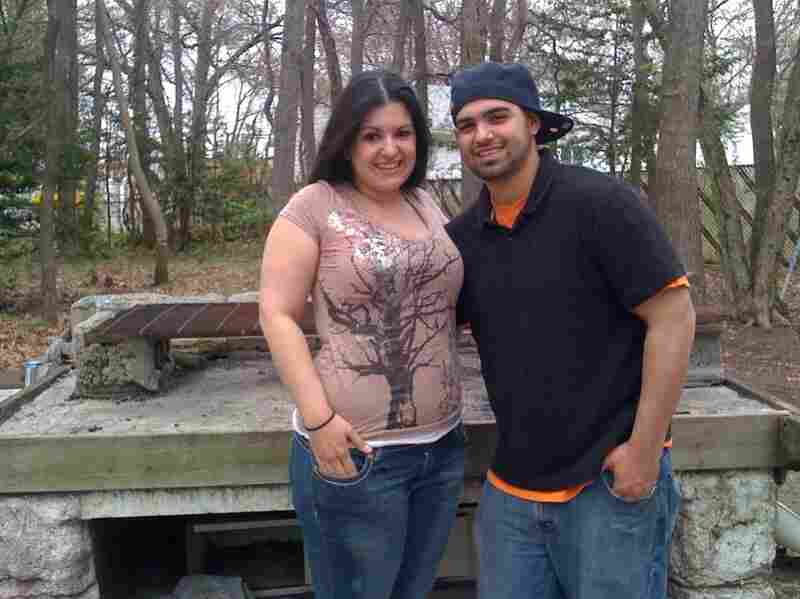 To keep up with house payments, siblings Natalie and Chris Geymayr left college after their mother's death and the recession hit. Without degrees, they're struggling to find jobs that pay well. Zoe Chace/NPR hide caption 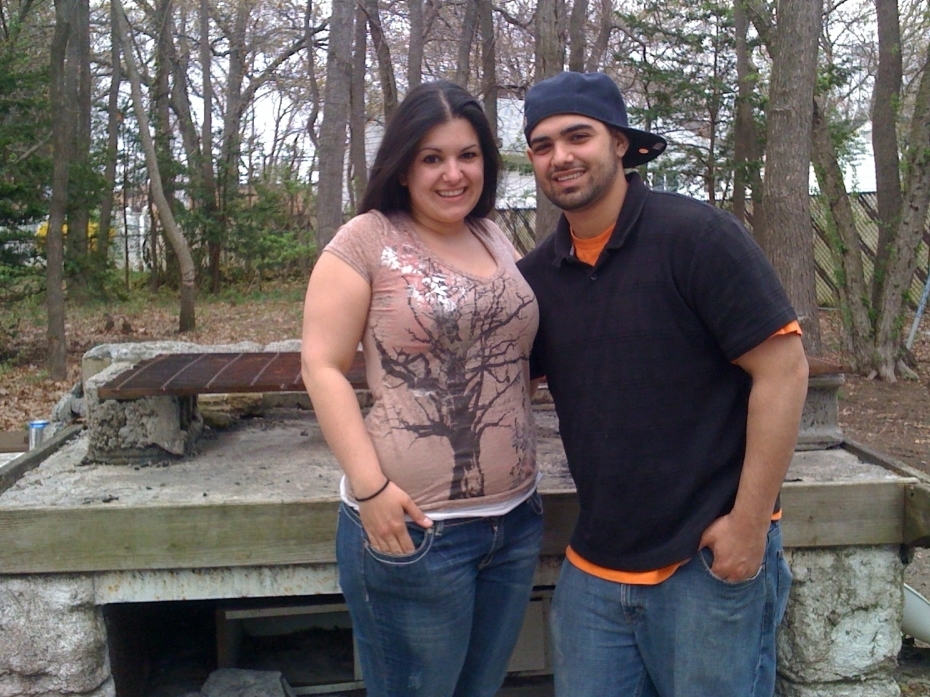 To keep up with house payments, siblings Natalie and Chris Geymayr left college after their mother's death and the recession hit. Without degrees, they're struggling to find jobs that pay well.

The recession hit everyone — rich and poor and in-between. The recovery, though, hasn't been so democratic; the "in-between" — people living above the poverty line but below the average wage who made big plans during the last decade — are now fighting just to get a job.

Picture 10 years ago. Property values are shooting up. Mom's buying a new house and moving the kids out of the old neighborhood. The oldest is planning on college in the fall — first in her family.

"It seemed like everything was ahead of us," says 26-year-old Natalie Geymayr.

She's standing in her backyard in front of what's got to be the biggest grill on Long Island.

"We're Argentinean, so we're really big on barbeques," she says. "You know, full cow on the grill type barbeques."

"I'm a little more easygoing," he says. "I love her to death, but she gets a little crazy."

A couple of years ago, they did not see themselves grilling on the lawn, middle of the work week, at the house they grew up in. Chris thought he'd be taking finals. Natalie thought she'd be working.

Now they have a new strategy.

"We were thinking, 'Well, if I stay out of work and just go to school full time, he'll get a full time job, so I could try to finish,'" Natalie says.

And once she finishes, Chris will be able to go back to school.

"She's too smart," Chris says. "I've always been the dumbass in the family. But she's 4.0 every semester, you know, and it's just like, I see that, and I see how much she really needs it. And me, I can deal with other stuff."

Where her brother is practical, Natalie is a dreamer. She's easily nostalgic, and wistful for the life they had before — before their mom died of cancer in 2003, leaving the family with two houses that both needed work, and two mortgages.

Natalie was a senior in high school then. Dad wasn't really in the picture. Her grandparents, both retired, wanted her to go to college like she'd planned. And she went, on academic scholarship.

"At the time, we still had equity in the houses," she says. "The value was still higher, so my grandparents were able to pull money out, cover us."

But she still racked up some serious debt.

"I otherwise wouldn't be able to survive, if it wasn't for the credit cards at the time," she says. "I didn't know how else to do it."

Credit card debt of $15,000, plus mortgage payments, school payments, and you can see where this is going — Natalie dropped out of college in 2007. She just let go.

"She really fits the profile that many Americans experienced just before the recession," says labor economist Bill Rogers.

He also says Natalie's debt was typical for that period, when personal debt rose to all-time highs.

After leaving college, Natalie moved home — to the old house — and got a job as a secretary.

"Eight months into being there, the recession hit," she says. "There was, like, no work when I got laid off. It was scary."

But Natalie did keep finding work, going through a series of secretary gigs. Each one paid less and less.

"As jobs were drying up — the jobs that are gonna be paying better wages — she's now with less education," Rogers says. "She's competing for those better jobs."

Chris was in college by then, barely getting by. About two years in, he came home.

"I decided why spend the money that I am on rent and stuff like that, when I could just put that towards the mortgage, and help pay taxes," he says.

They both need that one job — the one that will get their plans back on track. But neither of them can find it.

Chris is selling TVs right now, but it's part time. Natalie got laid off again. They pool what income they have, allocating it on a triage — to the credit cards, to Chris's dental work, to the house.

"Natalie and her brother, they don't want to sell the house, or they can't sell the house — if they do, they take a major loss," Rogers says. "So in a way, they're limiting their search options."

But while a lot of people out of work are stuck where the jobs aren't, there's one business venture that Natalie has on lock.

The hot dog used to be called the Depression Sandwich. They're still really popular.