Accessibility links
Can You Know Where Charity Dollars Go? A controversy surrounding the accuracy of the best-seller Three Cups of Tea raises questions on how to determine a group's reliability. Despite the murky waters of nonprofit oversight, experts say donors can ask the right questions to see if a charity is really doing what it says it's doing.

The controversy over Three Cups of Tea author Greg Mortenson and his charity has donors asking this question: How do I know if my charitable dollars go where I think they're going?

Not easily, answers Daniel Borochoff, president of the American Institute of Philanthropy. He was one of the first to raise red flags about Mortenson's charity, Central Asia Institute (CAI). Last month, CBS' 60 Minutes also questioned how the group spent its funds. 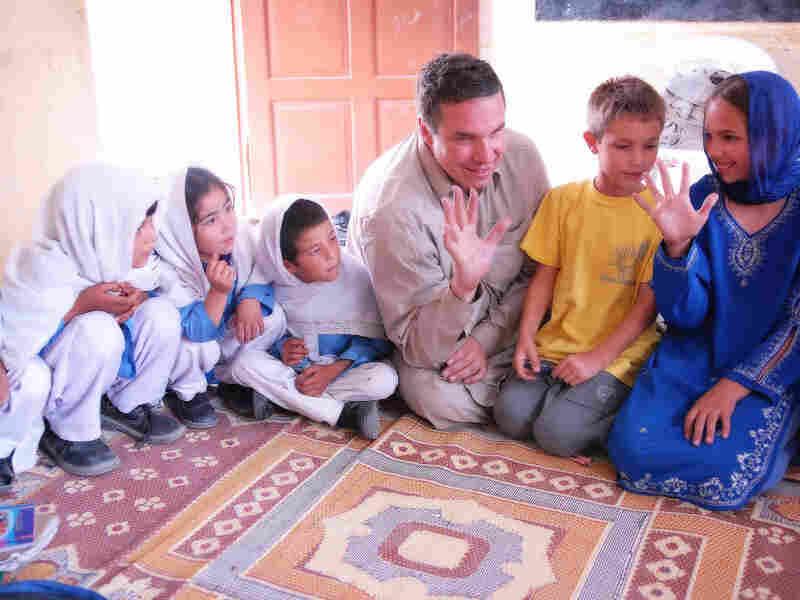 Three Cups of Tea author Greg Mortenson, with son Khyber and daughter Amira, sit with students at the Gultori War refugee school in Pakistan. A 60 Minutes report questioned some of the stories Mortenson tells in the book and his charity's use of funds. Deidre Eitel/PR Newswire/AP hide caption 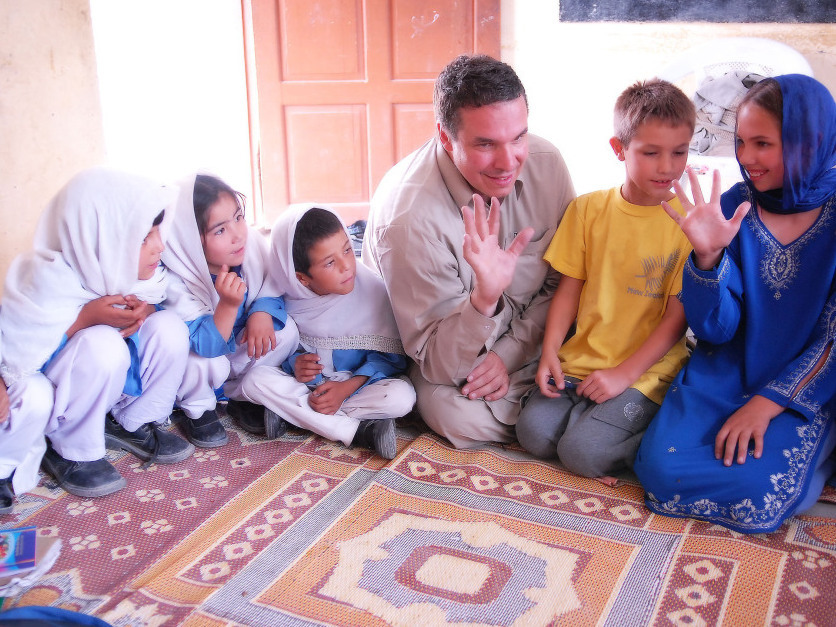 Three Cups of Tea author Greg Mortenson, with son Khyber and daughter Amira, sit with students at the Gultori War refugee school in Pakistan. A 60 Minutes report questioned some of the stories Mortenson tells in the book and his charity's use of funds.

"It ought to be legally required that if you're raising money for a cause, you have to be specific about what exactly that cause is," says Borochoff.

But he says that's not currently the case, and charities are often vague.

CAI notes on its website that it spends 85 percent of its money on programs, such as building schools and hiring teachers in remote areas of Pakistan and Afghanistan. It fails to mention that its "programs" also include promoting Mortenson's books and lectures — something the charity says helps to educate the public about its cause.

"So as a donor, you've got to find out what is the charity's program, because they're not clear about it," says Borochoff.

He adds that donors can do some checking on their own. All charities file tax forms that are publicly available and include valuable information. In its latest filing, CAI clearly states that in 2009 it spent more on lectures and guest appearances in the U.S. — what it calls "domestic outreach" — than it did on overseas schools.

Leslie Lenkowsky, with the Center on Philanthropy at Indiana University, says it's unclear whether Mortenson's group did anything illegal. Charities have a lot of leeway, by design. But he says there are broader concerns.

More on this story

"One thing I would certainly encourage all donors to look at are things like composition of board of directors and turnover in key staff," he says.

Central Asia Institute has only a three-member board, including Mortenson himself. That's allowed, but it's not considered a very good model for oversight. An association of nonprofits in Montana, where the charity is based, recommends five board members at least.

"And then there's always the lesson that we all learn from our parents at a young age," says Lenkowsky. "If it seems too good to be true, it probably is. And the notion that an organization in a short period of time could build as many schools as this one claimed to build, in very difficult parts of the world, would strain one's credulity."

So many experts warn donors not to get carried away by celebrity-driven causes. A big name doesn't mean a well-run charity. Questions have also been raised about nonprofits run by Madonna and by Haitian singer Wyclef Jean.

So what's a donor to do? They're often directed to independent rating sites, such as Charity Navigator. But even Charity Navigator's CEO, Ken Berger, says the system has shortcomings. He's revamping it next year to focus more on the actual impact charities have.

If it seems too good to be true, it probably is. And the notion that an organization in a short period of time could build as many schools as this one claimed to build ... would strain one's credulity.

"And [to] provide data on what kind of meaningful changes they're providing in people's lives," Berger says. "What kind of statistics do they have that corroborate the stories that they tell?"

Berger hopes this will provide a more complete picture than the financial reports his site now relies upon. In fact, Charity Navigator gave Mortenson's group its highest rating, four stars, because it's financially sound. However, the rating site now also advises donors that CAI is the subject of an inquiry by Montana's attorney general. CAI says it will cooperate fully in that investigation.

Some watchdogs, including Borochoff, think more government oversight and regulation would help put donors' minds at ease. But there's resistance from charities. Tim Delaney, president of the National Council of Nonprofits, says the overwhelming majority of charities already do a good job.

"The answer is not to play gotcha at the back end," says Delaney. "The answer is getting in front of the problem and preventing situations in the first instance."

He says this means providing more training for those who run charities on how best to be transparent and more accountable to donors, so there are no unpleasant surprises.