Accessibility links
Uncovering A Grandfather's Secret Nazi Past Journalist Martin Davidson knew his German grandfather had something to hide. After the old man died, Davidson discovered the secret: He'd been an officer in the SS. 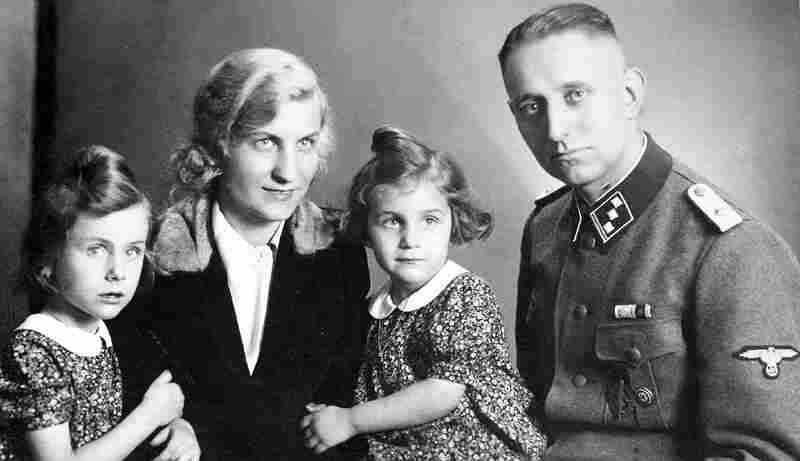 Uncovering A Secret Past: In a family portrait taken in 1941, Bruno Langbehn poses with his wife and children. It was not until after Langbehn's death, at 85, that his grandchildren learned he was not just a German dentist, but a dedicated Nazi and a member of Hitler's Schutzstaffel — the Nazis' chief paramilitary arm. Courtesy of Martin Davidson hide caption 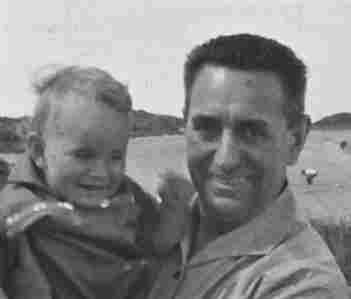 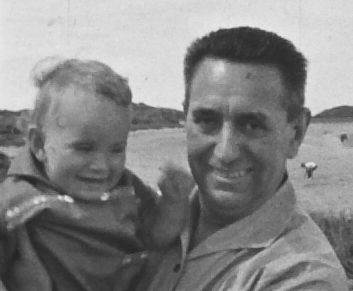 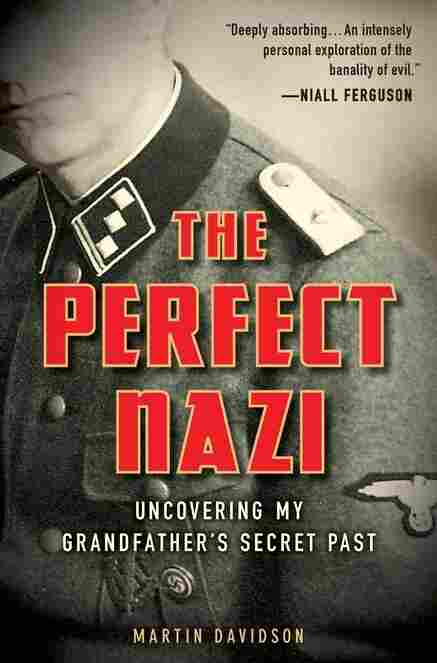 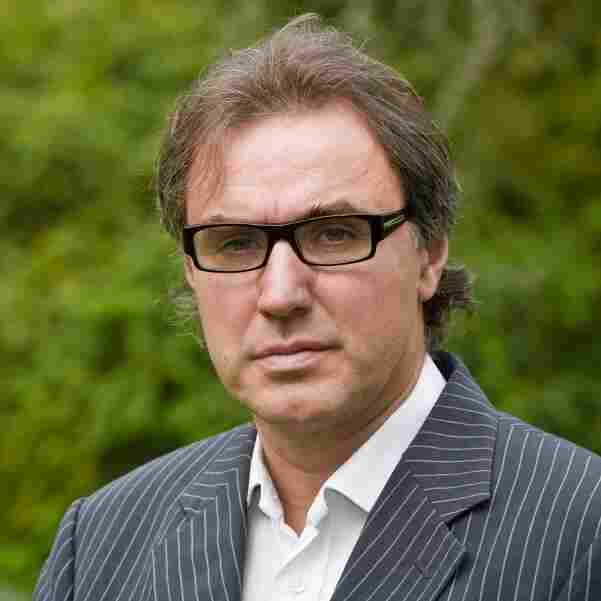 Martin Davidson is the commissioning editor for history and business programs at the BBC. Courtesy of author hide caption 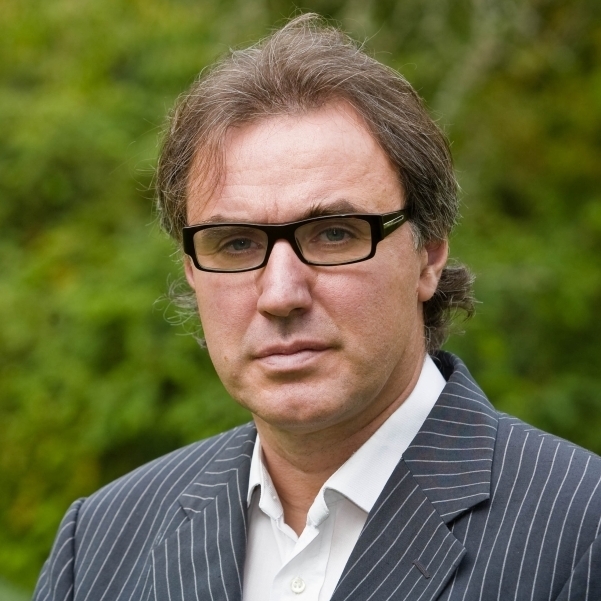 Martin Davidson is the commissioning editor for history and business programs at the BBC.

When Martin Davidson was growing up in Scotland, he thought his grandfather Bruno Langbehn was just another pensioner — he'd been a dentist in his native Germany, he liked a nightcap of schnapps, he was full of colorful stories and very proud of his grandson.

But when Davidson became older, he started to notice a darker side to his grandfather.

"There was an aura of forbidden knowledge that he exuded," Davidson tells Guy Raz, host of weekends on All Things Considered. "He had a swagger to him, you know, he enjoyed having the last word in an argument. And even, even as a child, I could do the math. I could work out, well, what age was this man when all of that Nazi stuff was happening?"

Davidson tells the story of his search for answers in a new book, The Perfect Nazi: Uncovering My Grandfather's Secret Past.

Bruno Langbehn died at the age of 85, just after the Berlin Wall came down, and it wasn't until after the old man's death that Davidson says he put all the pieces together.

"And alongside being devastated by my discovery, I was also dumbstruck at how stupid I'd clearly been, how unobservant I'd been all those years in his company," Davidson says.

Davidson pried one more damning admission out of his mother after his grandfather's death: Yes, Lang­behn had been a Nazi, but more than that, he had been in the Schutzstaffel or SS. His dedication to the aims and ideals of Nazism had been absolute.

"I discovered that he'd joined the Nazi party at an astonishingly early age, barely 18," Davidson says.

Langbehn was the proud recipient of a Gold Honor Party Badge, the decoration given only to those who'd supported the Nazis in their early days on the fringes of power.

He'd been a storm trooper with the SA, beating up communists in the streets of Berlin before joining the SS and taking over the management of the city's dentists. And he only took off his uniform days after Germany surrendered in 1945.

Davidson calls his book a sort of reckoning, a calling to account of the man who never appeared to repent his actions in the slightest. "I think he was unaccountable," Davidson says. "He'd felt he'd got away with it. And posthumously, my book is an attempt to redress that."

For thirty-five years of my life, my sister and I lived in the shadow of an unanswered question: What had Bruno Lang­behn, our German grandfather, done during the war? When we were young, we didn't know how to ask it. But even as we grew older, and understood better, we still couldn't broach it. We knew it was there, but, like the rest of the family, tiptoed round it. It became a taboo. The answer, when it came in the early 1990s, proved that, in a world full of dark family secrets, ours had lost none of its power to appall. For the next ten years, it burrowed its way deep inside me, until I could bear it no longer. I had to know everything. I was driven by curiosity. But trepidation, too. What would I find out? Did I really want to know? Having once embarked, there was no turning back. I was determined, once and for all, to know the truth about my Nazi grandfather. Bruno may not have been a participant in the darkest of Nazi atrocities; there were many Nazis more heinous than he. Nei­ther a camp Kommandant nor an architect of the Holocaust, neither a Höss nor an Eichmann, he was nevertheless an enabler of evil, one of its indispensable, and very active, minions.

Men like Bruno propelled the Nazi movement from the fa­natic fringes into the mainstream. Their support gave it life long after it should have fizzled out in the Munich beer cellars of its birth; they made sure it took root in the minds of more than just a handful of madmen. Bruno and fellow early joiners provided the energy, the determination — and the violence — that overcame all obstacles to power. They formed the backbone of the apparatus of terror that ensured compliance in the new Third Reich and they were in the front line, fighting the war that erupted six years later, regarding it as the final great expression of Nazi values and its most important project.

As a self-declared Nazi militant, Bruno did none of this out of coercion, or even convenience, but from deeply held, long-term conviction. His commitment to National Socialism never wavered. He remained true to its world vision until the bitter end. He had no reservations about Hitler's genius or its conse­quences for the people of Europe. Only self-preservation eventu­ally forced him to renounce it.

No account of Bruno's life could therefore be complete that did not confront his beliefs or interrogate the values that he found so inspiring, values that he was prepared not just to sup­port but also to help realize, even to the point of war. The Nazi movement set out to destroy all that was liberal, decent, and humane, which they regarded as weakness and corruption, and they came close to doing it. Bruno proudly wore uniforms that he felt embodied a truth that was superior, stronger, and more heroic than what were, in his mind, the outmoded values held by the rest of the civilized world.

He was a very particular kind of Nazi, but one whose story rarely gets told. We know lots about the top-level henchmen, and even about the wider German population who may, or may not, have been seduced by Hitler's message. It's the willing agents, the factotums, the managers — like Bruno — who are taken for granted, who function as unthinking givens. They were there at the beginning, were crucial at every juncture, and were there at the end — and beyond. The Nazi story is inconceivable without them. Bruno's ambition was to become as respected and trusted a Nazi as he could, and in this, at least, he succeeded.

It's not hard to see why those of us who came after Bruno would prefer caginess to confrontation. Who wants to be touched by a secret as toxic as this, especially when it is lodged deep in the heart of the family? It has been a difficult book to write, with a story I find hard to come to terms with. But it is an important one, and I have learned much while doing it.

Bruno was never a repentant man. Everyone acquainted with him could see that he felt he had nothing to answer for. His cause had lost, but he was quite prepared to move on and enjoy the compensatory benefits of a postwar German economy. Nor did he see any reason to explain what had happened, far less offer any contrition. Why would he? There had been no sacrifice, certainly no sanctions, and he got to live to the fine old age of eighty-five — old enough to see the Berlin Wall come down and the dissolution of the USSR. There was no final reckoning, be­yond having to forfeit the right to boast about what an important man the Third Reich had made him — at least to those outside the circle of his fellow Kriegskameraden

This book is therefore intended to redress Bruno's well-insulated sense of non-accountability, to probe, if only post­humously, his apparent circumvention of any material or moral consequences of a long and embattled Nazi career. In writing it, I have been driven to ask not just what he did, but why. What motivated him? Why did he believe these things as fanatically as he did? What was it about National Socialism that spoke to him so loudly and irresistibly? What kind of man regards Adolf Hitler as the answer to his political dreams? Insofar as Bruno's life con­tains a "warning from history," then it is here; not just in specific crimes, but in his mind-set, which spurred him to join the move­ment and compelled him to work tirelessly on its behalf.

That is why this book is neither a conventional biography nor a case study. In researching it, I was forced to reassess everything I thought I knew about the Nazi system and Bruno's place within it. I have extrapolated where I needed to, joining the gaps in his story as well as the dots, tracking his Nazi career over a quarter of a century, trying to understand what drove each key stage. The events of his Nazi career betray an underlying pattern, which I have used in combination with my residual memory of his per­sonality to help reconstruct his journey from teenage fanatic to Third Reich perpetrator.

It helped that Bruno was neither a reticent nor an enigmatic figure. What views about the world he had he wore on his sleeve. Some of this was the bravado of an egotistical old man, but some of it represented the afterglow of the biggest adventure of his life — his years as a Nazi activist. He had spent decades convinced he was in possession of a great and transcendent truth, and the habit never entirely left him.

In a period when family history has burgeoned on television and in books and magazines, I realize that I belong to a generation who see themselves as custodians of their grandparents' lives. We are voluble and emotional about their experiences, where they were modest and reticent. Usually, the result is a kind of retro­spective pride, a greater recognition of achievements than they received during their own lifetime. In my case, of course, there is none of that. There can be no self-satisfaction here: only the so­bering realization that barely fifty-four years separate our respec­tive dates of birth, though, mercifully, our worlds could not be more different.

Of course, Bruno was forced to be tight-lipped about his past — to his very considerable chagrin. It wasn't the result of natural modesty, but of a powerful postwar embargo, motivated at first by the need to avoid exposure and arrest, then later as part of a much more widespread national reticence that chose to turn a blind eye to the past. This, then, is as much of his arche­typal Nazi career — and the path of a generation of Germans born in the early years of the last century — as I have been able to piece back together. Some, at least, of Bruno's story is now out in the open, where it should be. 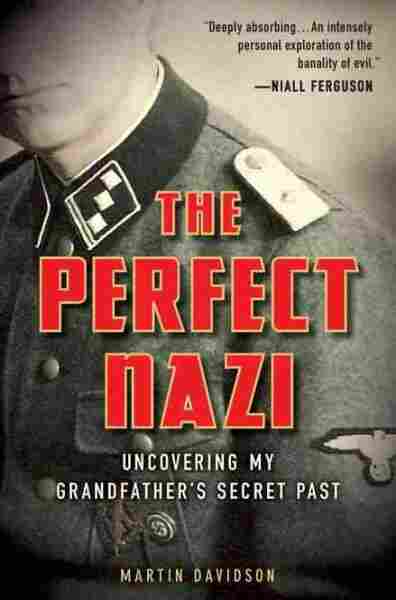 Uncovering My Grandfather's Secret Past