Accessibility links
With Death Of Bin Laden, Al-Qaida Vows Revenge A message dated May 3 and signed by "the general leadership" of al-Qaida confirmed the death of Osama bin Laden. The four-page screed was the first word from the group since bin Laden's death Monday in Pakistan, and analysts say it clears the way for succession.

Al-Qaida Vows To Remain 'A Curse'

Al-Qaida Vows To Remain 'A Curse' 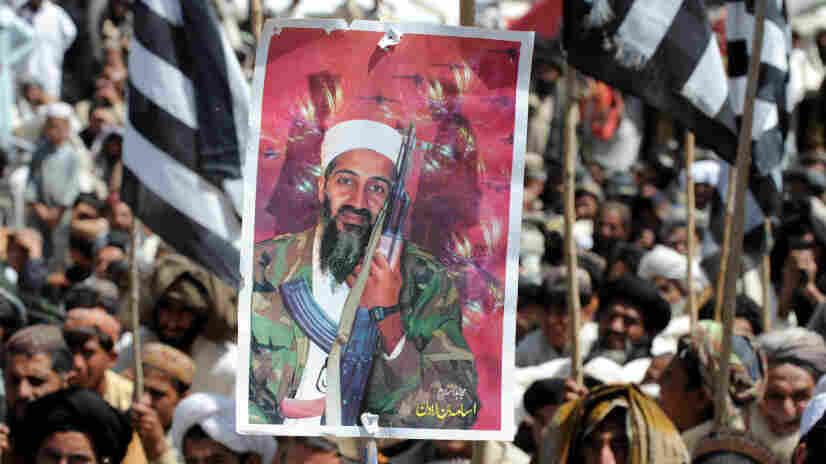 Pakistani Islamists railed against the killing of Osama bin Laden during a protest Friday on the outskirts of Quetta. The rally came as al-Qaida released a statement confirming bin Laden's death. Banaras Khan/AFP/Getty Images hide caption 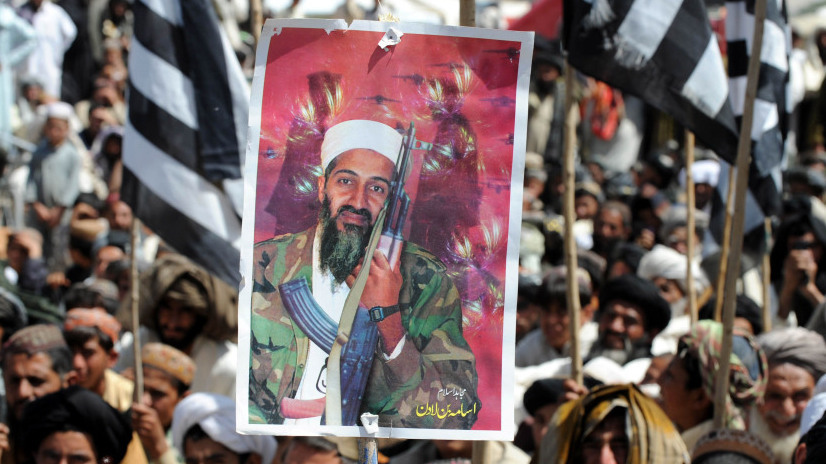 Pakistani Islamists railed against the killing of Osama bin Laden during a protest Friday on the outskirts of Quetta. The rally came as al-Qaida released a statement confirming bin Laden's death.

Al-Qaida has confirmed the death of Osama bin Laden in a fiery, four-page screed that vows revenge.

The message, dated May 3 and signed by "the general leadership" of al-Qaida, was just released on Islamic and other websites and warned Americans that their "happiness will turn into sadness." It is the first word from the group since bin Laden's death Monday in Pakistan, and analysts say it clears the way for succession.

"We stress that the blood of the holy warrior sheik, Osama bin Laden, God bless him, is precious to us and to all Muslims and will not go in vain," read the statement, which was translated and posted overnight on the SITE Intelligence Group's website.

"We will remain, God willing, a curse chasing the Americans and their agents, following there outside and inside their countries. Soon, God willing, their happiness will turn to sadness and their blood will be mingled with their tears."

The message also called on the people of Pakistan "where Sheik Osama was killed" to rise up against its leaders and to stay tuned because a message that bin Laden had recorded a week before his death would soon be released.

Meanwhile, U.S. officials were continuing to go through materials seized at the bin Laden compound during Monday's raid in the city of Abbottabad. An initial scrub of the information reveals that the al-Qaida leader had a much more active role in the organization than previously thought. Intelligence officials had long assumed that bin Laden was in such seclusion that he was unable to give al-Qaida much direction.

The documents suggest that theory was wrong.

U.S. officials told NPR that handwritten notebooks and computer files found in the house suggest that bin Laden was helping hone attacks and was making suggestions about future targets. In one notebook, they said, there was an entry dated February 2010 in which bin Laden mused about launching attacks against the U.S. rail system this year either to coincide with the anniversary of the Sept. 11, 2001, attacks or possibly timed for other big events such as the State of the Union address.

In response, the Department of Homeland Security released an advisory to law enforcement Thursday telling them to be extra vigilant about the rail system, but it added there was no reason to think this was an operational plot.

"We have no information of any imminent terrorist threat to the U.S. rail sector, but wanted to make our partners aware of the alleged plotting," DHS spokesman Matt Chandler said Thursday night. "It is unclear if any further planning has been conducted since February of last year."

One intelligence source told NPR that while the new information suggests that bin Laden still played an active role in al-Qaida, he was clearly hamstrung by communication issues. "There was a tremendous lag time between when bin Laden received messages and when he could respond to them," the source said. "It could take three or four weeks to send and then receive a message."

That's because couriers would often drive hundreds of miles from the Abbottabad compound to place a phone call or send an Internet message on bin Laden's behalf. The security precautions were meant to keep his location a secret. Ironically, it was that courier system that ended up providing U.S. intelligence with enough information to track bin Laden down and kill him.

There are also new details coming out about the run-up to the U.S. raid. A former senior intelligence official with knowledge of the operation told NPR that there was a CIA safe house close to the bin Laden compound. U.S. operatives were not only supposed to be watching who came in and out of the compound; they were originally going to play a key role in the raid. At one stage in the planning, they were supposed to be in charge of perimeter security in case Pakistani authorities arrived at the compound while the assault was under way.

Eventually, U.S. officials decided that was too risky and moved most of the safe house operatives out of Pakistan before the operation even started.

Officials are quick to say that exploiting all the information confiscated from bin Laden's house will take time. The 10 hard drives they found are encrypted. The information has to be translated from Arabic, and then coded messages have to be deciphered.

A more immediate source of information appears to be bin Laden's fourth wife, who is currently in Pakistani custody.

Officials told NPR that Navy SEALs had intended to sweep bin Laden's family out of Pakistan when the raid ended. The thinking was that they could provide information on where bin Laden had been the past 10 years, with whom he had associated and how he moved around.

But one of the helicopters used in the raid hit a wall outside the compound and couldn't fly out. That meant U.S. forces had to go to Plan B and couldn't take the family out as planned. The SEALs ended up leaving the wife and a handful of children at the compound.

Pakistani authorities are questioning the wife, identified as Amal Ahmed Abdullfattah. They say she told interrogators that she had been at the compound for five years and had never left the third-floor apartment where she was living with the al-Qaida leader. It is unclear whether bin Laden was with her the whole time.

U.S. officials have asked to interview her and members of bin Laden's family, but Pakistani officials apparently have refused the request.