Accessibility links
Lawn Jockeys: The Kentucky Derby's Earliest Stars "The most exciting two minutes in sports" has its own dress code: If you want to enter the Jockey Club, the Finish Line suites or the Turf Club, it's no jeans, shorts or tennis shoes allowed. We're not so picky here, though, so chug that mint julep and grab a slice of Derby pie, because NPR librarian Kee Malesky is taking us to the races! 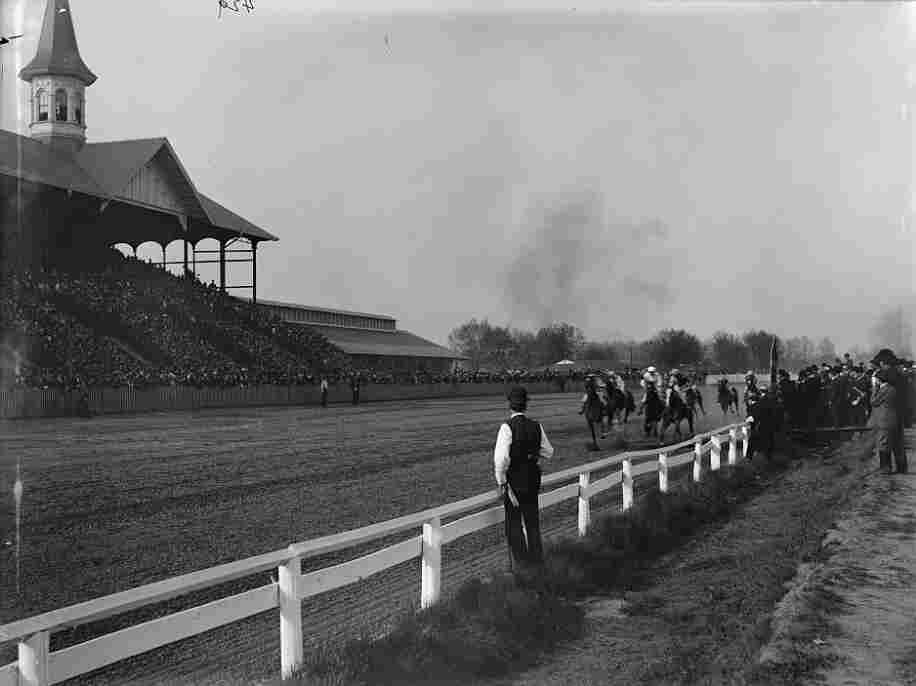 The horses hit the 1-mile mark during the 1901 Kentucky Derby. Library of Congress hide caption 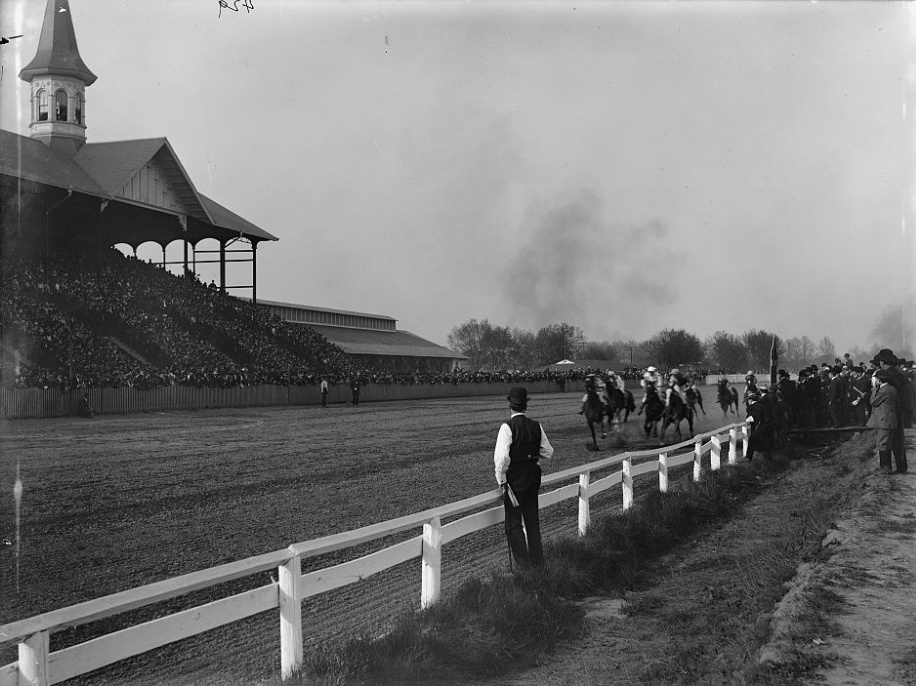 The horses hit the 1-mile mark during the 1901 Kentucky Derby.

"The most exciting two minutes in sports" has its own dress code: If you want to enter the Jockey Club, the Finish Line suites or the Turf Club, it's no jeans, shorts or tennis shoes allowed. We're not so picky here, though, so chug that mint julep and grab a slice of Derby pie, because Kee Facts is going to the races!

Born To A Famous Name

Churchill Downs racetrack and its most famous event, the Kentucky Derby, were founded by Meriwether Lewis Clark Jr. — a name that probably sounds familiar. Indeed, he was a grandson of the famed explorer William Clark, of the Lewis and Clark Expedition.

Horse racing had been very popular in Kentucky since the late 18th century. Clark, inspired by a visit to the racecourses of England and France, leased 80 acres of land from his uncles, John and Henry Churchill, to create what was originally called the Louisville Jockey Club and Driving Park Association.

Yet Clark's was not a happy ending. Beset by illness and financial difficulties, he committed suicide in 1899. The Chicago Daily Tribune reported that he "was one of the most notable figures of the American turf. Over twenty-five years of his life were devoted to it, during all of which, no breath of scandal has ever assailed his name." 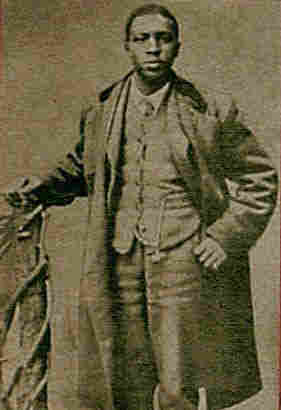 The track officially opened on May 17, 1875, with more than 12,000 people attending. The winner of that first Kentucky Derby was a horse named Aristides, ridden by African-American jockey Oliver Lewis.

It was actually very common to have black jockeys in the 1800s; many of them were slaves or sons of slaves. They won 15 of the first 29 Kentucky Derbys, according to Edward Hotaling, author of The Great Black Jockeys. He calls those jockeys "the first great American sports heroes."

They were the inspiration for those little statues of black men in racing outfits, popular in front yards until they became a symbol of racial insensitivity. These "lawn jockeys" weren't necessarily racist in the beginning, Hotaling said in a 2001 Milwaukee Journal Sentinel interview, "they became racist caricatures later on."

A Co-Ed Sport, More Or Less

With one female jockey and two female trainers competing, this year's race has been nicknamed "The Year of the Woman" by the Louisville Courier-Journal. No fillies are running this year, and only 36 have ever raced in the Derby's 136-year history. Three have won: Regret (1915), Genuine Risk (1980) and Winning Colors (1988). While colts and geldings carry 126 pounds, fillies carry only 121 pounds — which includes the weight of the jockey and his/her equipment.

Only The Best Of The Best Can Run

Owners can nominate their horses to run in the Derby, and more than 400 do so each year. The right to run goes only to the top 20 money-winners from the winter's biggest races. Only 11 horses have managed to claim racing's Triple Crown, winning the Derby, the Preakness and the Belmont Stakes all in a single year. The last Triple Crown winner was Affirmed, in 1978.

Faster Than The Fastest Animal On Earth

The cheetah is the fastest animal on Earth — in sprints. But in endurance races, the thoroughbred is faster and can maintain a speed of 45 miles per hour for a distance of more than a mile. That also makes the Derby's 1 1/4-mile-long race the fastest two minutes in sports, not just the most exciting.