Accessibility links
Osama Bin Laden Joins His Own Legacy Of Death Osama bin Laden mesmerized his followers by rolling a few grains of truth into fantasies about what he said was the weak and evil West, and by saying, " . . . may the peace of the Prophet be upon you" — as if that would wash away the blood on his hands. 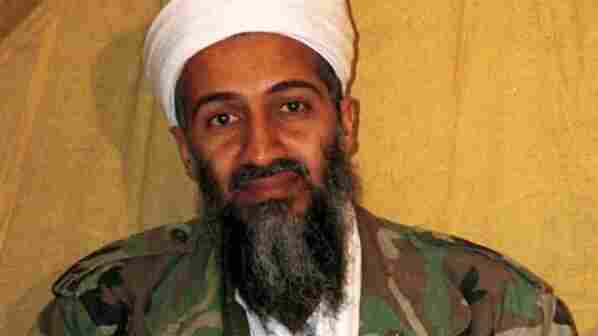 When I covered the siege of Sarajevo, I heard stories about a slim, tall renegade Saudi prince who reportedly went there a couple of times bearing sacks of money.

"Our Muslim brothers are being killed, our women raped, our children massacred, all under the eye of the United Nations," the prince was said to have declared. "The West sends Blue Helmets and dried beans. We bring you guns and men."

It wasn't until later in the 1990s that I learned he was Osama bin Laden.

Over the years, and especially since 2001, bin Laden's light, milky eyes and gray waterfall beard became the portrait of evil for Americans — and not just Americans.

A few years ago, I was writing a novel about the siege of Sarajevo and went back to find reports of some of bin Laden's remarks in the early 1990s, wondering how a man who had killed so many people — including so many Muslims, in Kenya, Tanzania, Egypt and New York — had become so compelling a figure that Osama was reportedly the most popular boy's name in many parts of the Arab world.

I wasn't surprised to find that he traced much of what he despised back to Jews. That song has been sung for centuries. He assailed all non-Muslims as Crusaders. But bin Laden had a pattern of rolling grains of truth into fantasies.

When he told an Arab newspaper, "Oil is the elixir of their lives in the West," I remembered all of the American columnists who had said that, too. When he admonished young Muslims to avoid being dazzled by Western music, movies and materialist toys, he almost sounded like a beleaguered suburban father in Shaker Heights. "They take your soul, and give back nothing," he said.

He told Arab interviewers, "I am rich, and I live among refugees," although of course bin Laden spent millions to kill people, and to try to save his own skin.

The only inspiration he offered was his willingness to kill. He mocked Americans for whisking U.S. troops out of Somalia in 1993 after 19 U.S. soldiers died in Mogadishu, telling Britain's Channel 4, "Americans are afraid of death. They are like little mice." But the young who rallied to him, he said, "know that those who are not killed are going to die [one day], and that the most honorable way to die is to die for the sake of God's cause."

He seemed to end each presentation by saying, "may the peace of the Prophet be upon you," invoking the name of the great religious leader he professed to serve as some kind of linguistic lather that he thought could rinse cold blood from his knuckles.