Accessibility links
Jewish Slave Owners No Fiction, Though This Book Is All Things Considered book reviewer Alan Cheuse's new novel tells the story of a family of slaveholding Southern Jews before the Civil War — and what happens when a northern relative comes to visit. 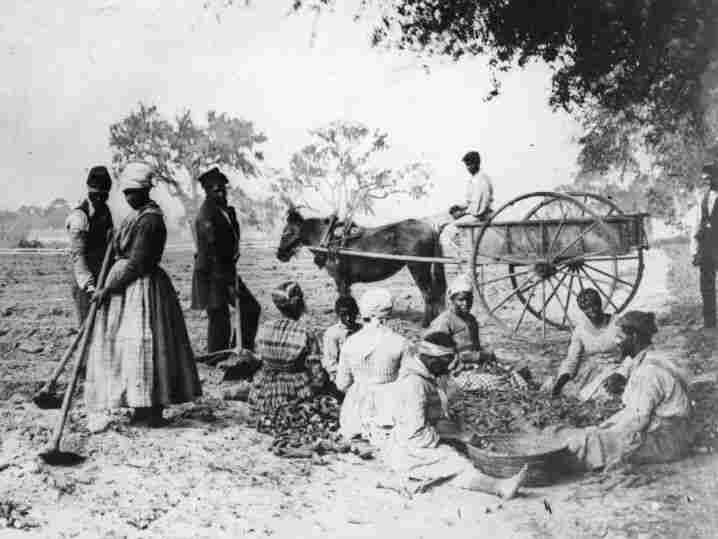 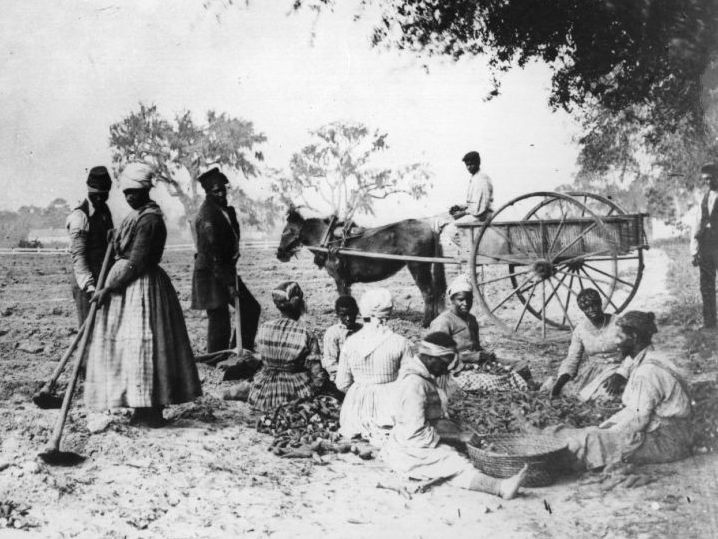 Alan Cheuse's Song of Slaves in the Desert explores South Carolina plantation life before the Civil War from a Jewish New Yorker's point of view.

All Things Considered book critic Alan Cheuse has spent more than two decades reviewing other people's work. Now, he's putting himself under the critical microscope with a new novel, Song of Slaves in the Desert.

It's the story — two intertwined stories, really — of a slave-owning Jewish family in South Carolina before the Civil War and a slave girl growing up on their rice plantation.

Cheuse tells Guy Raz, host of weekends on All Things Considered, that he got the idea for his book from an unlikely fraternity brother. "I went to Lafayette College for a year — that's in Easton, Pa. — and I joined a Jewish fraternity, the president of which was a black guy, Len Jeffries," Cheuse says. "He was a scholar and a gentleman — and a friendly guy."

In the 1990s, Jeffries became a professor at the City College of New York, and gained national prominence with a series of controversial statements. "He declared that black people were 'sun people,' and white people were 'ice people,' " Cheuse says, "and he asserted that the Jews bankrolled the American slave trade."

It prompted Cheuse's decision to research the history of Jewish slave owners. He found that they did exist, though in relatively small numbers. "The sad, pathetic truth of the situation is that some of these Jews, the descendants of the people whom Moses led out of the land of bondage, bought into the system," Cheuse says.

"For me, it's the great existential temptation," he adds. "To have the possibility of holding this great power over someone and taking it, rather than refusing it."

Excerpt: 'Song Of Slaves In The Desert' 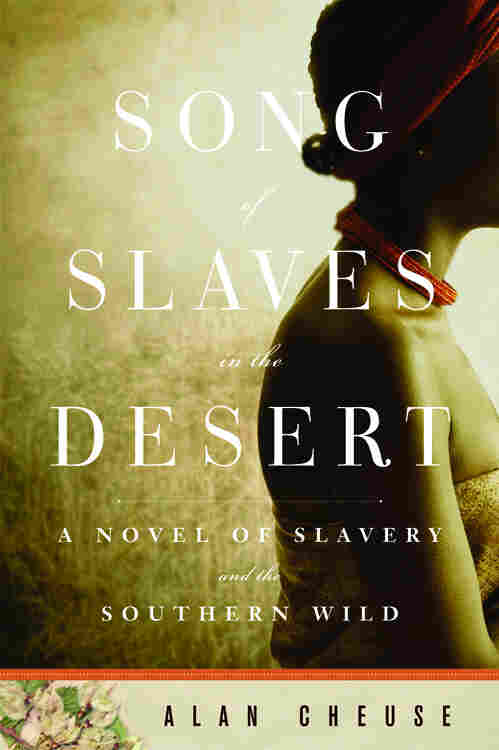 Some time ago, before our nation split in two and the opposing ter­ritories, north and south, initiated a great war over the question of freedom, yours truly, Nathaniel Pereira, climbed the plank on a Manhattan winter morning to board a south-bound yawl called the Godbolt. My father had charged me with a mission of some family business of the import-export variety. Earnest young man that I was, sandy-haired, blue-eyed, with a handsomely bent nose (which Marzy, our family servant, often joked with me about when I was a child) and just the beginnings of a beard on my pink cheeks, I could then little imagine how much such a journey would change my life and the lives of others in the family.

I awoke that special morning, before dawn, somewhat divided within myself and feeling my nerves. It had been a night of odd dreams about an army of Jews on horseback racing across a windy desert — yes, Jews, Jews, Jews, though I have never been a terribly observant member of my faith — and next came a dream-visitation, not uncommon to me in those days, by my dear late mother, who whispered imperatively about wearing a hat to keep away the cold and the importance of living as a Jew. After saying to the air the elemen­tal prayer we Hebrews make each morning — "Hear, O Israel, the Lord our God, the Lord is One" — and, as was my wont, reading a psalm aloud — for the poetry, as my dear old mop-haired fish-eyed master of a teacher George Washington Halevi always suggested (this one being Psalm 32, which I chose, as I usually did, at random, and begins "Blessed is he whose transgression is forgiven, whose sin is covered...") — I lay abed a while despite the urgency of the day.

Sluggard, arise! I heard Halevi's voice in my mind.

To further prepare me for my inheritance — the care of the family business — my father had hired him as a tutor who worked with me on mathematics and history, philosophy, and Scripture. George Washington Halevi, whose own grandfather had been one of the few Jews who had fought in the Revolutionary War. His grandmother had been a farm girl from a Bronx estate, who attended to a soldier wounded in the Battle of New York. They produced his hybrid father, and his father had wed a Jewess from Rhode Island who produced him. Instead of going to Europe to study for the rabbinate, Halevi had attended Harvard College and was given the only divinity degree our people had received in the New World. Neither a full Hebrew in his own mind nor a Protestant of any standing, Halevi was a curious mixture of Old World and New, Jew and Gentile. A smart fellow then, with only a few difficulties, he was, first, so shy that he could scarcely talk to me about my subjects without trying to withdraw into the woodwork. Second, his breath smelled like manure. And, third, he sometimes stuttered in a terrible way.

Though his manner of speaking in public was less than pleasing, when he settled into himself and found the reassurance to speak, his voice dropped to a whisper and listening to him was like riding a winter sled down a nicely sloped snow-covered hill.

"Master Nathaniel," he would say in that hoarse rasping way of his (and I laughed to myself as I lay abed recalling it), "to-to-today we will consider the P-P-Principia of Sir Isaac Newton." Or, "My question for you to consider is the origin of the stars." Or, "F-free will, Nathaniel, d-d-does it exist?" On this latter topic, we would talk for hours, because in my childish stubbornness I could never agree with his position.

"If God wants us to do something, we do it," I said, hearing myself speak as though I were some wise sage instead of a slender boy with freck­les, one slightly drooping eye, and legs so full of life that they would not stop quaking the more excited I became in our discussions.

"The pagan philosophers say that we have a choice."

"Do I have a choice this moment to speak or not speak?"

"But if I don't, you will tell my father and he will be quite angry with me."

"Our Hebrew God says what?"

"Nothing on the subject of free will. Obey and please Him, d-d-disobey and he will be quite angry."

"Angry, but will He punish me?"

"An odd master," I said, wise before my time — or by mere momen­tary accident.

"Y-yes," my tutor said. "A quixotic plight we have, we Jews. Only the Christians have it worse."

"Many of them believe their wills are bound to either evil or good. With no choice for them."

"They bend their wills to His."

"Choose to give up our will? And is that freedom?"

My tutor shook his head.

"Let me consider this."

But I pursued it further just then.

"When our republic broke from the British Crown, we chose to do so. And gained our freedom. Therefore freedom was not bending our wills to the throne but breaking away from it."

"Bravo, young Nathaniel," my tutor said. "You have made a good point, sir. A good point."

The day I asked him about whether or not he thought my pretty talking parrot Jacobus had a soul, he was also quite pleased. We spoke a little while of that, and then swerved back to his favorite topic, leaving me to ponder the question of the bird soul in my private thoughts.

"We have no literature here in this country of ours," he said. "The ground is seeded, but it has not yet bloomed. We have no time, as in his­tory. And how can you have a story without history for it to blossom in? Read Shakespeare. We have not yet spawned our own."

"This doesn't sound good," I said.

"It is neither good nor bad," he said. "Think of it in this manner. We Jews do not yet have our savior, but one day the savior will come."

Though there was one American book he put forward. Which is how eventually I came into possession of a volume that I took to like a fish to water — the autobiography of our great Benjamin Franklin. Some boys worship their fathers, some worship themselves. I gave all my admiration to young Ben and hoped to live a life like his and emulate his rise from nothing to something.

Such thoughts inspired me that fateful early morning some time after my formal tutoring had ended, and I threw myself out of the bed, dressed, and descended, carrying my bags, to the street level kitchen as quietly as I could for fear of waking my Aunt Isabelle, my late mother's sister, who had become as much of a mother to me as any woman not my mother could. 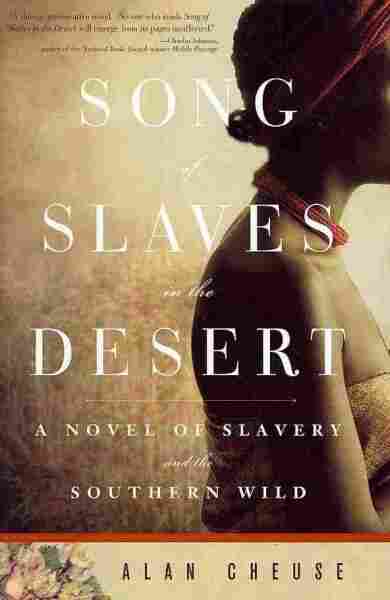 Song of Slaves in the Desert

Title
Song of Slaves in the Desert
Author
Alan Cheuse