Accessibility links
Calling All 'Cool Aunts': It's Time To Get 'Savvy' Just in time for Mother's Day, Melanie Notkin has come out with Savvy Auntie, a guidebook for women who don't have children, but still love them. A proud aunt to many, Notkin explains how to play a fun and supportive role in the lives of your nieces, nephews and god-children. 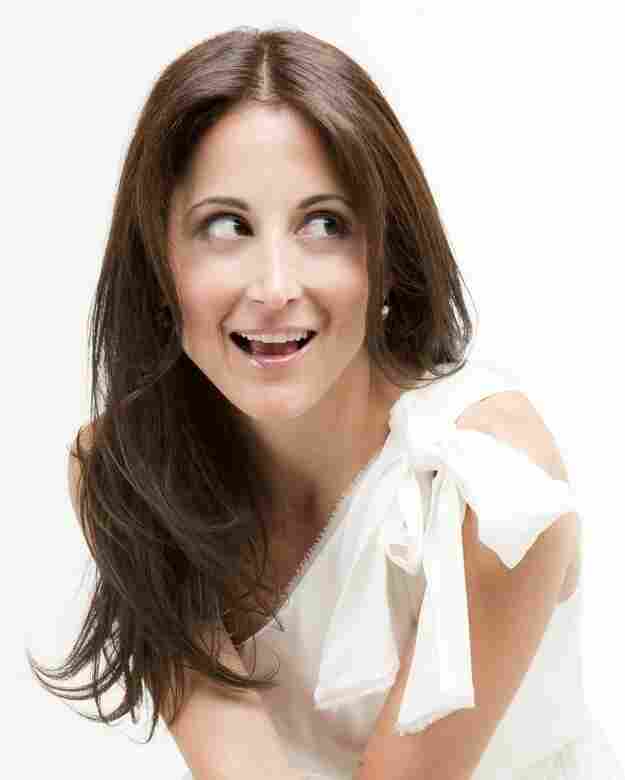 "Cool aunt" Melanie Notkin is the founder of SavvyAuntie.com. She is a proud "PANK" — that is, Professional Aunt, No Kids. Ana Schechter hide caption 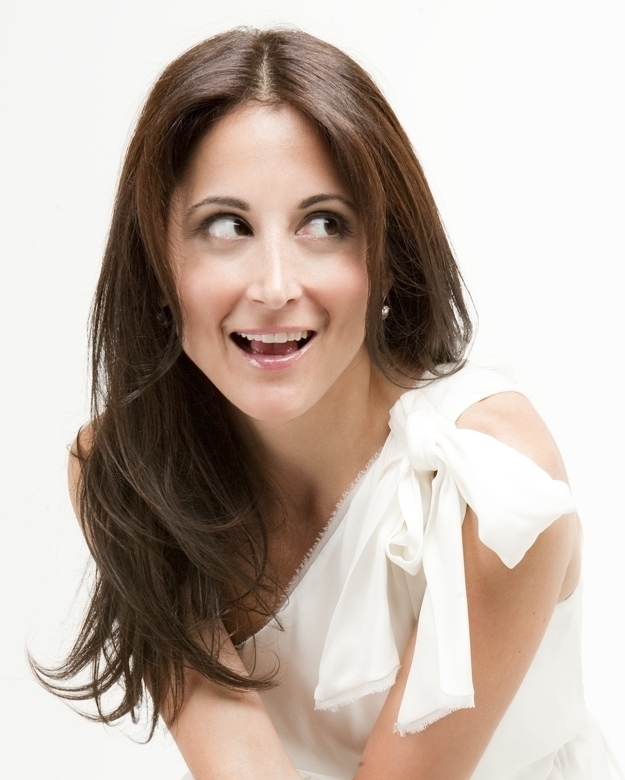 "Cool aunt" Melanie Notkin is the founder of SavvyAuntie.com. She is a proud "PANK" — that is, Professional Aunt, No Kids.

Mother's Day may honor the mothers of the world, but Melanie Notkin argues that being a mother isn't just limited to the biological definition. As the founder of the website SavvyAuntie.com — the first online community for aunts and godmothers — Notkin celebrates the lifestyle of women who don't have children, but still love them.

Notkin is a proud "PANK," which is short for Professional Aunt, No Kids, she tells NPR's Liane Hansen. Although Notkin is the biological aunt to six, she has many more nieces and nephews by choice. "Those are children that I choose to have in my life based on friendships that I have," she explains.

Women who opt out of having children can remain an important part of the lives of the children close to them, Notkin says. And just as parents need guidebooks, so do aunts. So Notkin's written a new book, Savvy Auntie: The Ultimate Guide for Cool Aunts, Great-Aunts, Godmothers, And All Women Who Love Kids.

"Life doesn't come with rules ... and yet as we spend more and more time with the children in our lives, we want to make sure that we can be the best support for the parent and the best aunt for our nieces and nephews," she says.

Notkin isn't alone — there are plenty of women who enthusiastically take on responsibility for children who are not their own. "When nearly 50 percent of American women are not mothers, it becomes very important for us to be able to be the savviest aunts we can be," she says.

But being an aunt is a delicate balance between being a fun role model and a disciplinarian. Notkin says that it's crucial to be an ally for your nieces' and nephews' parents. "Our first rule is it's the parent's child, it's their rules," she says. 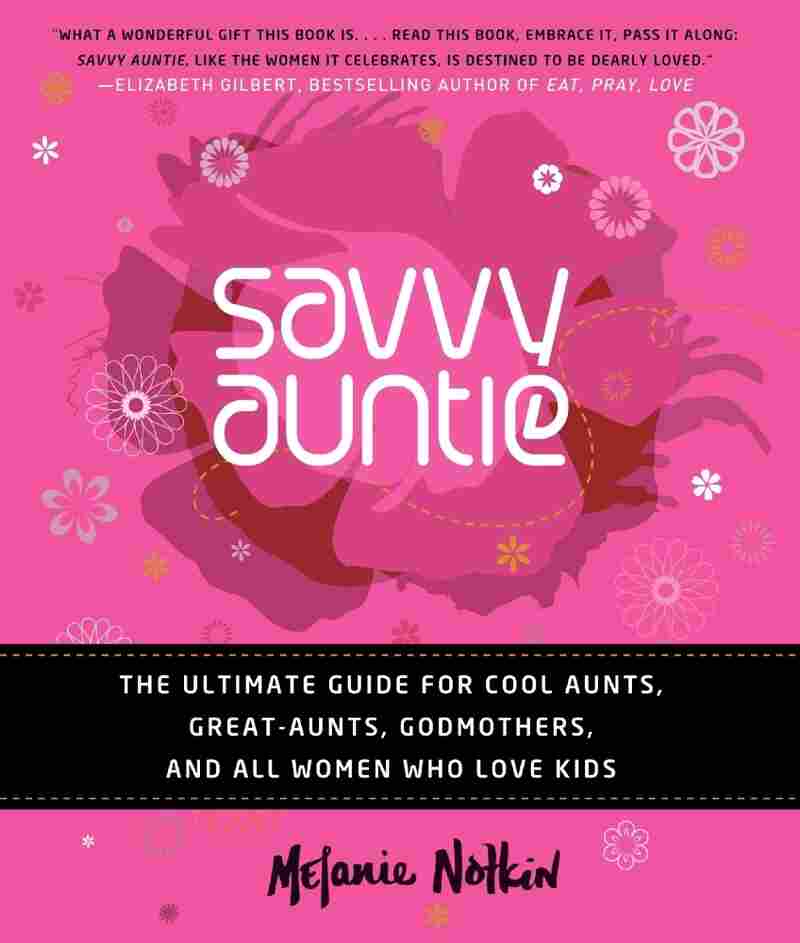 The day my nephew was born, I took a photo of the sky to remember what the world looked like the day my life changed forever.

When I cradled him in my arms for the first time, I felt the weight of his tiny body. I felt the weight of my devotion to him. I felt more joy and love than I had ever felt in my life. In fact, what I felt was a love I'd never known before. A powerful, unconditional, prideful love.

But as the days, weeks, and months passed, I realized that as much as my nephew changed my life, my life actually didn't change that much. I still went to work, on dates, out with my friends. Other than photographs, I had no badge of honor to express my aunthood. And believe me, I looked. But in a city as big as New York, all I could find was a little onesie that read "If You Think I'm Cute, You Should See My Aunt."

It started to dawn on me that I was sort of in limbo. Becoming a parent gained a person automatic membership into a huge tribe of fellow parents, with access to all the advice and expertise he or she might seek. Yet there I was, a savvy senior executive at a global cosmetics company, living a very cosmopolitan life but having hardly the first clue about being an aunt. In fact, all I really did have was a very strong desire not to screw up this whole auntie-ing responsibility. I had no books written for me to read, no online resources, no tribe. Where was my tribe?

It took me a while to answer that question, but in the summer of 2008, I finally did. I launched SavvyAuntie.com. And with it, our tribe.

I thought, if I felt this way and my friends felt this way — and if nearly 50 percent of the adult females in the United States are nonmoms (which is only the first of several surprising statistics you will read in this book) — then it's possible that a large part of the American community is being neglected. This meant that there were aunties out there like me who didn't even know there were other aunties out there like them.

As I began to connect with this community (and with the parents of their nieces and nephews), I started to see just how important a role an auntie plays in what I've come to call the American Family Village. An auntie is a woman who makes sacrifices, whether that means taking on extra work during another woman's maternity leave or contributing part of her income toward a niece's or nephew's education. And while this woman may be highly valued within her immediate family and circle of friends, in the greater, collective sense, she was woefully underrepresented and underappreciated.

Even in our modern, politically correct society, the auntie — when she is a woman without children of her own, as nearly half of all American women are — is often called selfish, pathetic, or made to feel "less than." How can this woman, when everything she does for a child-not-her-own is a generous gift, ever be called selfish? How can this woman, who is every other woman in the United States, be an oddball?

These questions remind me of what Helen Gurley Brown set out to resolve with her revolutionary 1962 book Sex and the Single Girl. "Nobody was championing [single women]," Brown said in a 1967 interview. "Volumes had been written about this creature, but they all treated the single girl like a scarlet-fever victim, a misfit, and . . . you can't really categorize one-third of the female population [a figure that's only grown since then] as misfits."

Like Ms. Gurley Brown, I set out to start a movement! After all, we're talking about a pretty influential segment of women, culturally, politically, and financially. I dubbed this segment PANK®: Professional Aunt No Kids. 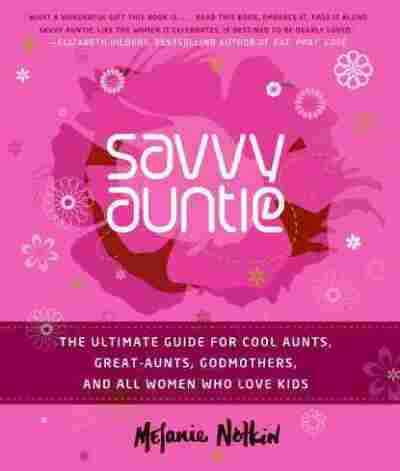 The Ultimate Guide for Cool Aunts, Great-Aunts, Godmothers, and All Women Who Love Kids