Accessibility links
The Lonely Island: The Hottest Thing In Fake Hip-Hop The Saturday Night Live joke-rappers behind the viral smash "Lazy Sunday" discuss their new album and the importance of teamwork in comedy. 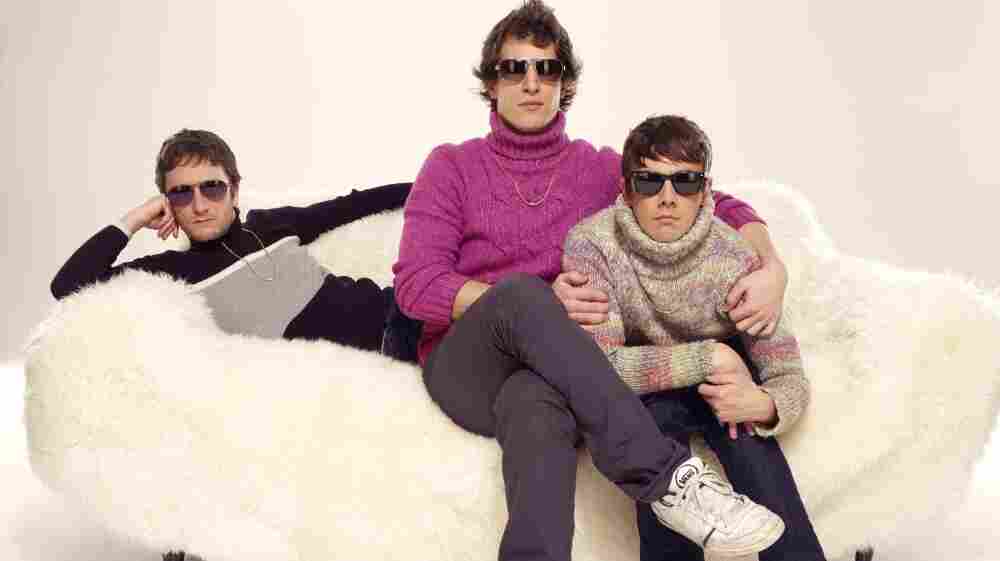 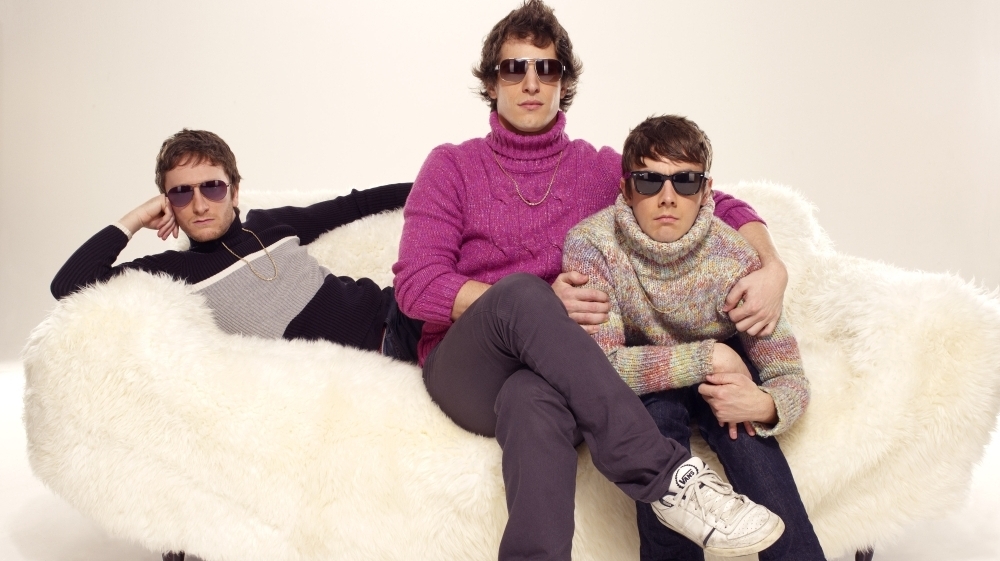 Back in 2005, Saturday Night Live's relationship with the Internet changed forever when one of its short skits landed online. It was a music video about two guys catching a matinee showing of the first Chronicles of Narnia movie — in short, a "Lazy Sunday."

SNL had mostly been appreciated via the airwaves, but it was now getting massive play on the Web. Pulling in more than 7 million views, "Lazy Sunday" was an immediate viral sensation on YouTube — and, remember, this was back when YouTube didn't produce one of those every week.

The song was written by SNL cast member Andy Samberg (who appears in the video with former cast member Chris Parnell) and SNL writers Akiva Schaffer and Jorma Taccone. Together, they're the comedy trio known as The Lonely Island, and their songs and music videos since "Lazy Sunday" have earned them an Emmy award and a Grammy nomination. Now, they have a new album called Turtleneck & Chain.

Andy Samberg calls this song 'an anthem for all the jerky little kids out there who scream at their moms.'

The three first met as teenagers in Berkeley, Calif. Samberg tells Weekend Edition Sunday host Liane Hansen that they had one specific thing in common: "We all have parents from New York," he says. "We all sort of attribute our immediate kinship to sarcastic parents."

When they graduated from college, Samberg, Schaffer and Taccone decided to move to Los Angeles, where they started making comedy videos together and posting them online. In the process, they bonded over a shared love of some comedy greats: SNL forebears like Adam Sandler, Chris Farley and Mike Myers, as well as luminaries such as Steve Martin, Mel Brooks, the Monty Python troupe and the Marx Brothers.

"We definitely went through a Marx Brothers phase when we were living in L.A.," Samberg says. "We watched a bunch of old Marx Brothers movies and decided that every time we told a joke that all three appreciated, we would shake each other's hands and go, 'Very nice! Thank you! Congratulations!' "

The members of The Lonely Island agree that they've succeeded as a team in part because they almost always find the same things funny — and when they don't, they keep it from getting in the way.

"In general, if one person doesn't get it and is like, 'I don't know why you guys think that's so funny,' they just need to leave the room and let the other two keep pushing forward with it, rather than naysaying until it slows down," Schaffer says.

"There's no time in comedy for naysaying," Samberg adds.

Since the trio often crafts jokes by reducing an idea to the absurd, there's another important factor to their success: never taking themselves too seriously.

"I think self-deprecation is a big part of our humor," Taccone says. "I still occasionally die laughing just thinking that my name is Jorma. Like, that's really funny."