Accessibility links
Beastie Boys: Rap's Elder Statesmen Go Back In Time The clown princes of hip-hop talk about their eighth album and its epic companion video, which finds them poking fun at their younger selves. 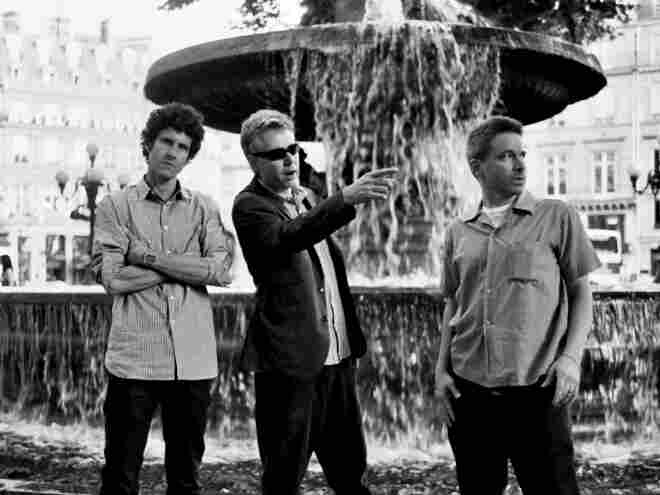 The Beastie Boys' eighth album, Hot Sauce Committee Part Two, is out this month — along with a long-form music video that takes a comedic look back at the group's early days. Courtesy of the artist hide caption 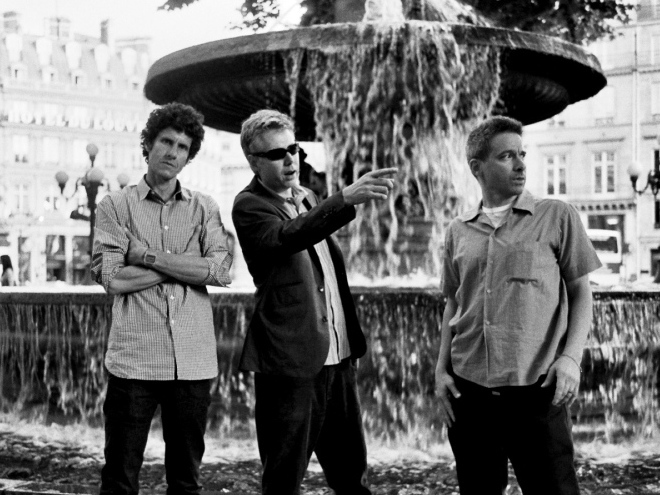 The Beastie Boys' eighth album, Hot Sauce Committee Part Two, is out this month — along with a long-form music video that takes a comedic look back at the group's early days.

"In film terms," says Mike Diamond, "this is a period piece."

He's talking about the latest music video by the Beastie Boys, which was just released in conjunction with their long-anticipated eighth album, Hot Sauce Committee Part Two. Diamond and Adam Horovitz, better known by the stage names Mike D and Ad-Rock, started the group with their bandmate Adam "MCA" Yauch three decades ago. They burst onto the scene in 1986 with the album Licensed To Ill and its iconic first single, "(You Gotta) Fight for Your Right (to Party)."

Don't Play No Game That I Can't Win

To mark the song's 25th anniversary, the trio decided that the video for the newest Beastie Boys single, "Make Some Noise," would be a look back at their breakout moment. What they didn't anticipate was the scale the project would take on.

"It was supposed to be a video for a three-and-a-half-minute song. Before you knew, it was a 30-minute short film," Diamond tells Morning Edition's Steve Inskeep. "It takes place in 1986 when the 'Fight for Your Right (to Party)' music video finishes shooting — and then the hijinks ensue."

The plot of the video, which the group dubbed "Fight for Your Right (Revisited)," is intricate. You see the Beastie Boys of the 1980s, played by Elijah Wood, Seth Rogen and Danny McBride. They encounter three more actors, playing the 40-something Beastie Boys of today. The older guys have come back from the future — in a souped-up DeLorean, of course — to challenge their younger selves.

In classic form, the video is goofy, irreverent and self-referential. It's also a rogue's gallery of Hollywood stars, with appearances from Will Ferrell, Jack Black, Susan Sarandon, Stanley Tucci, Steve Buscemi, Jason Schwartzman and many others.

The Secret History of Huey Lewis and the News

Clearly, the Beastie Boys have come a long way since their debut — but maturity brings its own challenges. The album that became Hot Sauce Committee Part Two was originally slated for a much earlier release, but was delayed when Adam Yauch (not present at this interview) was diagnosed with cancer in 2009. Horovitz says the group is handling the situation one day at a time.

"[We're] just holding on," he says. "He's in treatment and things are looking good." Diamond adds, "He's obviously our lifelong best friend. You have to just sort of hope for the best."

Of course, getting older has its quirkier moments as well. Diamond says he recently ended up in a tight corner when his kids saw some of the user comments on the Beastie Boys website.

"Of course, people's comments were expletive-filled," he says. "So then I was explaining how, to a certain degree, I do get paid to use profanity."

You can watch "Fight for Your Right (Revisited)" below. WARNING: This video contains explicit language and content that may not be suitable for some viewers.