Accessibility links
Raphael Saadiq: Comfort Music, Reimagined Like Sly Stone and Stevie Wonder back in the day, Saadiq draws from styles and sounds that came before him, which can trigger remembered emotions while also creating new ones. 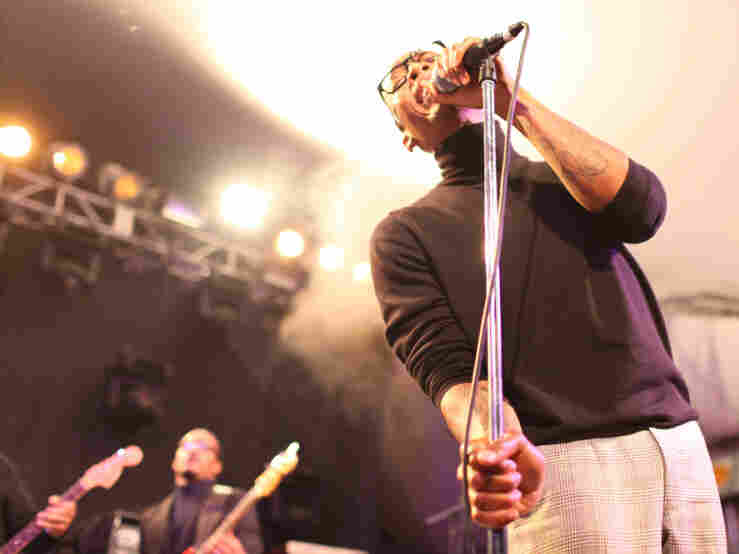 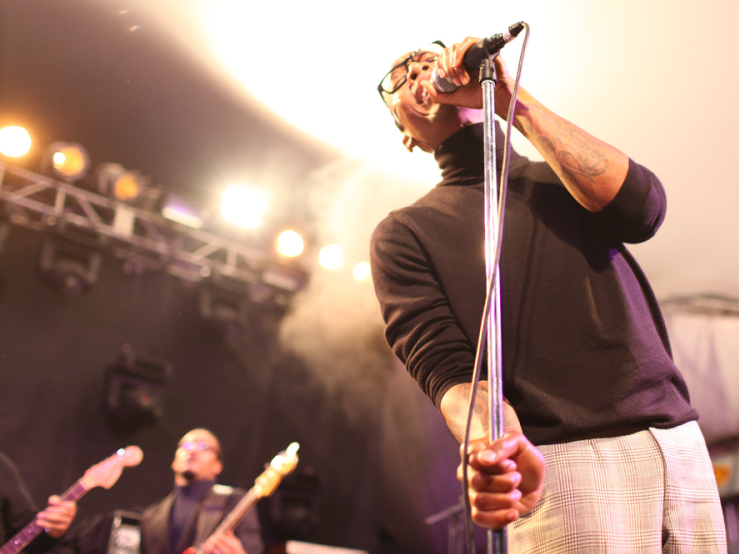 Raphael Saadiq triggers remembered emotions and creates new ones on his latest album.

I've been thinking a lot lately about pop music's obsession with the past, because my two favorite records of the year so far both sound like they could have been made in the late '60s. One is Helplessness Blues by Fleet Floxes, a young band that sounds like it was suckled on Crosby, Stills & Nash records. The other is Stone Rollin' by Raphael Saadiq, who wears cardigans and Malcolm X-style glasses, and leads off his latest record with a song Sly and the Family Stone might have played at Woodstock.

But wait a minute: What's that organ drone in "Heart Attack"? It's actually a Mellotron, an old keyboard that was the signature of British prog-rock groups like The Moody Blues and King Crimson. There are a lot of moments like this on the record — like they were produced by that cartoon dog, Mr. Peabody, and his time-traveling WABAC Machine, which always scrambled things up in the process of bringing together past and present.

Then there's a song called "The Answer," which begins with a guitar-chord progression that sounds like Radiohead, then morphs into orchestral soul music that recalls mid-'70s Stevie Wonder.

I often feel that music should always evolve, progress, move forward like everything else. And I feel guilty for fetishizing old styles. But that's as harebrained a notion as thinking music stopped being good after 1972 — or '86 or '93, or whenever you graduated school and got a job and maybe stopped listening to music so closely. Like Sly Stone and Stevie Wonder back in the day, Raphael Saadiq draws from styles and sounds that came before him, which can trigger remembered emotions and also create new ones. It's a lot like comfort food, but reimagined by a really talented 21st-century chef.