Accessibility links
Republicans Try To 'Tweak' New Financial Rules Along with trying to repeal environmental regulations and the new health care law, congressional Republicans are targeting the new rules for the financial industry. The GOP says it's only proposing "tweaks" to the law governing Wall Street. But Democrats say "they're trying to nibble it to death." 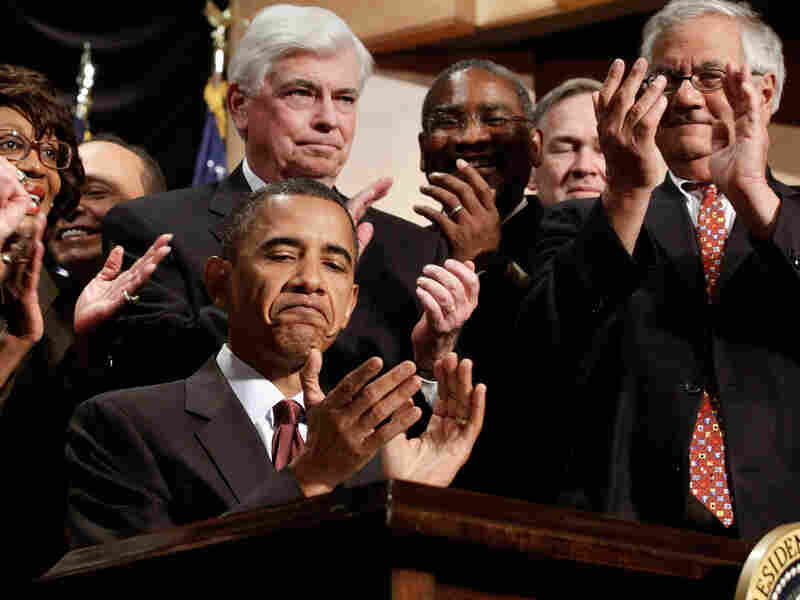 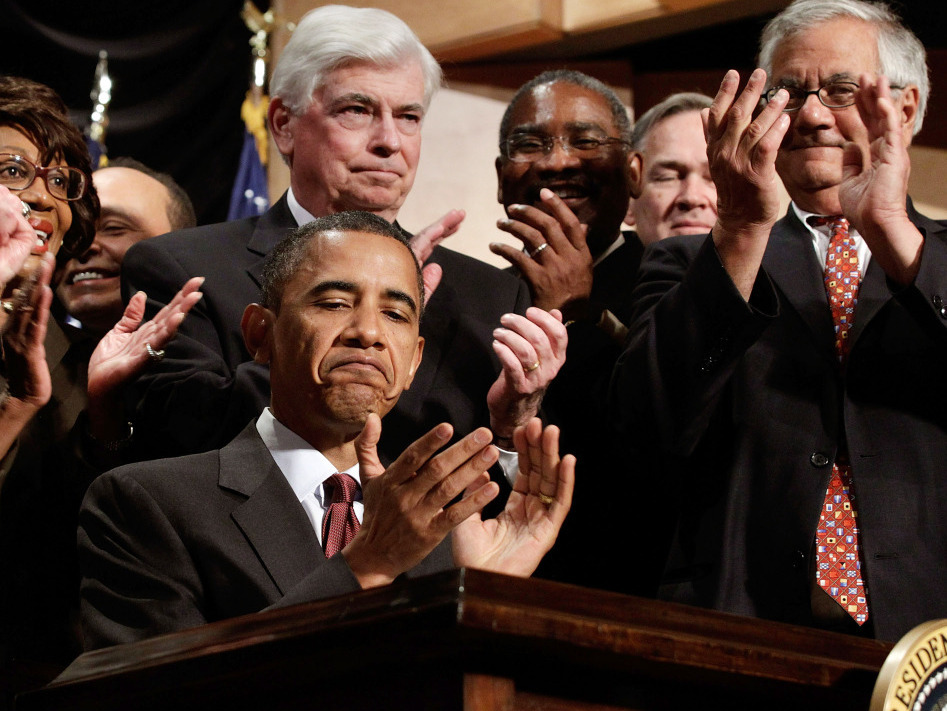 One of the first bills Republicans filed on the first day of this Congress was one repealing the new law governing Wall Street. But since then, the repeal bill has languished untouched, with barely a half-dozen co-sponsors.

That doesn't mean Republicans are giving up, however. The GOP's latest plan is what detractors call death by a thousand cuts.

'They're Trying To Nibble It To Death'

On the website of the House Financial Services Committee, there's a Republican video highlighting what the party says is wrong with the Wall Street law. Splashed across the screen are daunting stats: 2,600 new bureaucrats; 300 new regulations. But instead of seeking a repeal, the GOP is calling for "fixing the failed policies of Dodd-Frank," the bill named for its authors, Rep. Barney Frank (D-MA) and former Sen. Chris Dodd (D-CT).

Republican Rep. Nan Hayworth, a Tea Party-backed freshman from New York, has had to dial back expectations that the Wall Street law would be taken down in the House the way the health care law was.

"The more we depower, defund Dodd-Frank, the better," she says. "But we are doing so in a way that we feel will have the greatest results within the time frame of the 112th Congress."

Republicans are trying to retool the new law — even the parts of it that haven't hit the books yet, says Frank, the ranking Democrat on the Financial Services Committee.

And now is as good a time as any, as many of the law's regulations are still unwritten.

"They are able to do it — they think; I don't think they'll get away with it — because attention is focused on the debt limit and on health care," Frank says. "They are trying to do this ... beneath the radar screen."

Republicans have been working on four bills aimed at one part of the financial industry law — the Consumer Financial Protection Bureau, which is supposed to oversee financial products from credit cards to home loans.

Freshman Republican Rep. Sean Duffy of Wisconsin is among those proposing what he calls "tweaks" to the law. His proposal would make it easier to override rules written by the new consumer bureau.

I get concerned when I see regulation after regulation, and we just pile it on, and we don't have a comprehensive review to see, what impact ... all of these massive rules have on our banking system.

"I get concerned when I see regulation after regulation, and we just pile it on, and we don't have a comprehensive review to see what impact ... all of these massive rules have on our banking system," he says.

Of course, Democrats such as Minnesota Rep. Keith Ellison don't see it that way.

"If the rules were firmly in place and we had some experience under the rules, then we would know whether or not the legislation or the rule needs to be ... 'tweaked,' " he says. "We don't know that yet, because all this stuff is being fashioned now."

There's also a bill that would bar the consumer bureau from acting on its full power until a director is in place. Another measure would replace the director with a five-member commission.

But there is no appetite in the Democrat-led Senate to take up those measures, according to Sen. Mark Warner (D-VA), a member of the Banking Committee.

"I think there are areas in Dodd-Frank that could stand tweakings, but the concern I think here on the Senate side is that we don't want to relitigate the whole issue," Warner says. "And if you open up one of these bills, then you don't know what might end up coming back."

There is also still a Senate battle looming over who will head the new consumer bureau. President Obama appointed Harvard professor Elizabeth Warren to get it up and running, with a launch date in July.

Whether Warren will be his choice as the first director is one question — and whether Democrats have the votes to confirm her is still another. Senate Republicans have written the president, saying they would refuse to confirm any nominee unless there are changes to the law.