Accessibility links
Through 'Transition,' Chastity Bono Becomes Chaz For decades, Chastity Bono struggled with the feeling of being born into the wrong body. So at the age of 40, Chastity decided to transition to life as a man. In the new documentary Becoming Chaz and an accompanying memoir, Transition, Chaz — the child of Sonny and Cher — shares his journey. 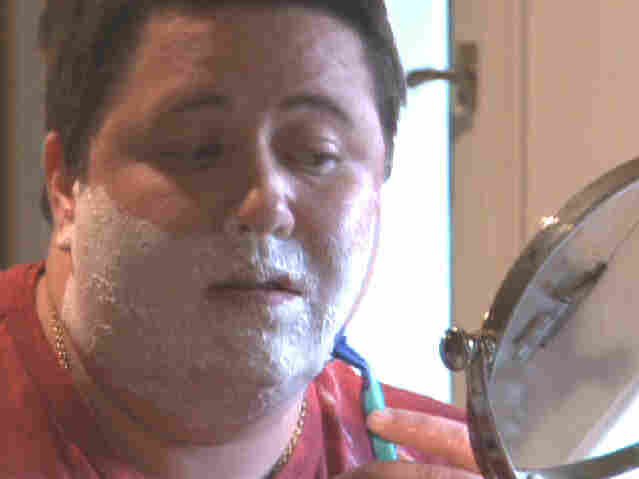 As Chaz Bono becomes increasingly male in the documentary, his partner, Jennifer, must deal with the new man in her life. OWN: Oprah Winfrey Network hide caption 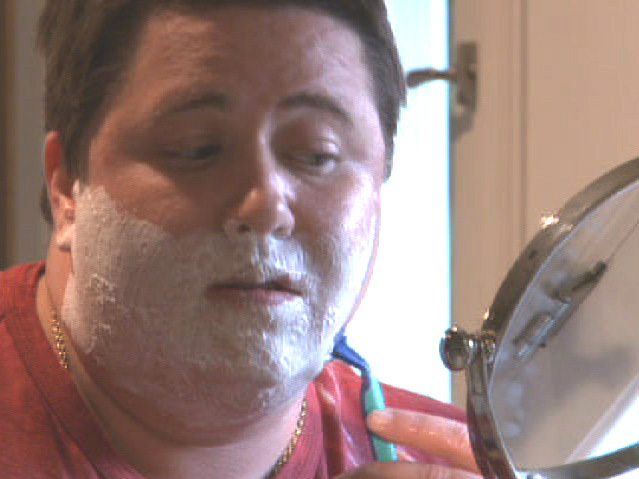 As Chaz Bono becomes increasingly male in the documentary, his partner, Jennifer, must deal with the new man in her life.

For decades, Chastity Bono struggled with the feeling of being born into the wrong body. So at the age of 40, Chastity decided to transition to life as a man.

In the new documentary Becoming Chaz and an accompanying memoir, Transition, Chaz — the child of pop music duo Sonny and Cher — shares his long and often difficult journey.

"It was a process of eliminating a lot of fears that I had in my life about it," Bono tells NPR's Neal Conan. "Mostly centered around being a public figure ... a lot of fear of rejection, and a lot of fear about what other people would think of me."

After he announced he'd be making the transition, Bono received a great deal of press attention. But rather than hiding away from the public eye during the process, he chose to have a film crew document it. He says it helped him get over his fears, but also enabled him to tell his story, his way.

"If I'd ... just made the statement but been quiet about it," Bono says, "there would have been a lot of people talking for me and not doing a good job." 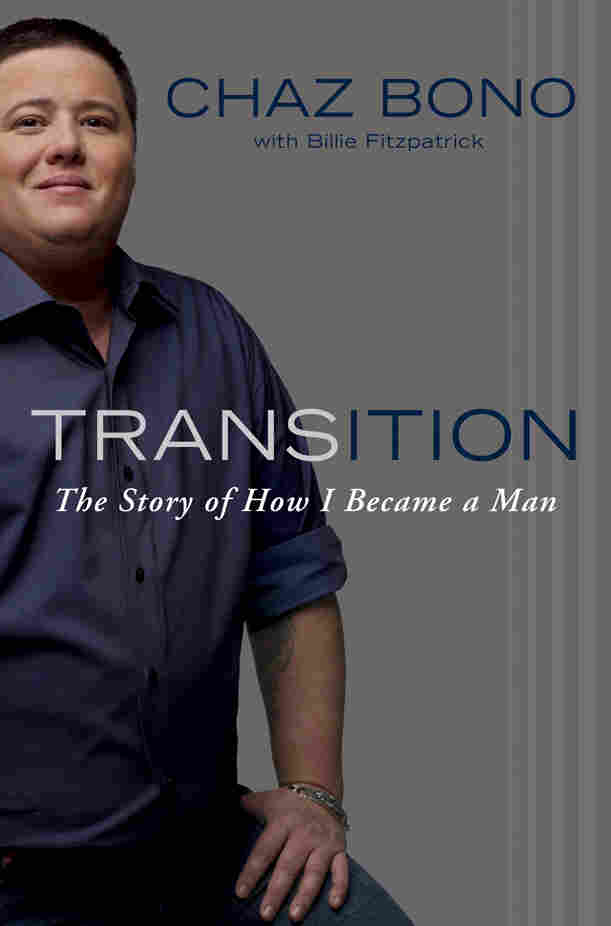 Transition: The Story of How I Became a Man
By Chaz Bono
Hardcover, 256 pages
Dutton Adult
List Price: $25.95

"When you transition, everyone kind of has to transition around you," he says, including his partner, Jen. "We definitely went through some difficult times," Bono remembers, but he says they made it through.

Bono describes the positive effects taking testosterone had on him.

"It's kind of made me sharper, and my thinking more linear, and I'm probably less talkative now and more solution-oriented," he says. "In my core I'm definitely the same person with the same beliefs and set of values."

He says the testosterone has also expanded his emotional range.

"Before, I had a really difficult time accessing anger as an emotion at all," Bono says. "Now, that's changed, and I had to learn how to deal with that."

In a way, he says, transitioning is kind of like experiencing a second puberty — hair growth, acne, sex drive and all.

In the end, Bono says he wanted to use his celebrity to make his transition public, so he can help others with the process.

"I was born in 1969. We didn't know about any of this in the '70s," he says. "One of the things that motivates me is to bring light to this issue, so that other people don't have to wait till they're 40 years old to do this."

Transition: The Story Of How I Became A Man
By Chaz Bono
Hardcover, 256 pages
Dutton Adult
List Price: $25.95

This truth that was slowly emerging had a hazy beginning. Since I was a child, I'd been aware of a part of me that did not ﬁt. At first, I thought this sense of not fitting in was about me being gay. But as time went on, and I tried different ways of "being a lesbian" — from lipstick to stone butch — I had to admit to myself that the "something" nagging at me was a lot more complicated than just my sexual orientation. Even when I was active in the gay community, I never felt completely at ease. There was something else about me that didn't make sense, something that was much more profound and a lot more threatening. And it took me years to put my finger on what about me felt so disturbing.

This realization didn't happen as a sudden epiphany. No — as with most instances of self-understanding, there were a lot of smaller events that seemed to hint at this larger, more encom­passing truth. But the direction that these hints seemed to point to was so frightening and disconcerting that, true as I knew it was, I did everything in my power to shut it down, to deny it, to talk myself out of it, and to block it — with drugs, with ill-fated relationships, with isolation, anything that seemed to push that truth from view.

I can remember going to Washington, DC, while my father was still alive, for the reintroduction to Congress of the Employ­ment Non-Discrimination Act. After his congressional session, my dad took me onto the floor of Congress. I remember think­ing at that moment how cool it would be to run for office one day. I began to envision my own career in politics and how proud I'd be to serve my country. But then it occurred to me that I'd have to be called a "congresswoman" — and that one word just stopped me short.

I got a little closer to understanding what was going on with me during my first attempt at sobriety. I recall being at an all-lesbian barbecue with some new friends. At the time, I was involved with a woman who was very social (as well as sober) and I was doing my best to expand my own social life, after being so withdrawn. Newly clearheaded, I still found myself two steps removed from the group, observing their interactions, listening to their stories, and not as engaged as I could have been. And it occurred to me that day: I am not like any of these women. I'm not a femme lesbian; I'm not a jock lesbian; I'm not even a stone butch, despite my mannish shoes and clothing. I had tried on all these quintessential lesbian identities, but none of them had ever really ﬁt. No, I thought to myself. I'm something other, something entirely different.

Over time, it began to dawn on me that though embodied as a female, I was not a woman at all. That despite my breasts, my curves, and my female genitalia, inside, I identified as a man. This meant, of course, that I was transgender, literally a man living in a woman's body. I have always felt more comfortable wearing boys' and men's clothes. Without a doubt, as a child I thought of myself as a boy. But the process of coming to terms with the reality that I am in fact transgender was horrific. It upended my entire life.

Most of us grow up with the expectation that the way we view ourselves and experience ourselves will eventually make sense. As young children and adolescents, we muddle along, helped and sometimes hindered by those who raise and care for us. We reach adulthood with varying degrees of self-understanding, hoping that a road map to a happy life will emerge. This process of figuring out our lives is never without challenges to overcome, wrong turns, successes and failures. But when something as basic as the physical body doesn't match the internal view we have in our minds, then there is a searing division within the self. And when the sex of the brain and the sex of the body clash, then the only treatment is some form of transition to the other gender. Without this treatment, in my opinion, lives are never fully lived. In many cases, they are shortened by suicide or self-destructive lifestyles.

Excerpted from Transition by Chaz Bono. Copyright 2011 by Chaz Bono. Reprinted with permission of Dutton, a member of Penguin Group U.S.A. 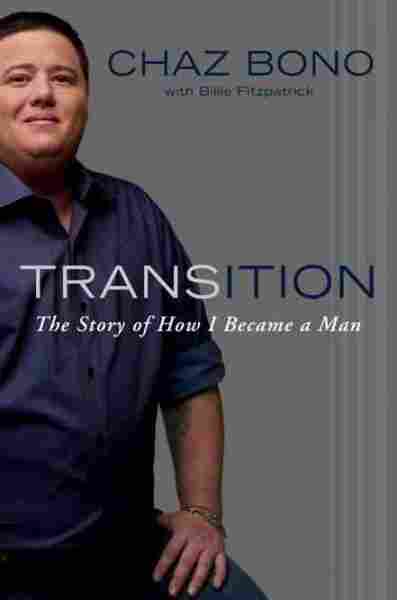 The Story of How I Became a Man

by Chaz Bono and Billie Fitzpatrick