Accessibility links
Glimpse Of The Great War Shaped A Young Gingrich The former House speaker visited the World War I battlefield of Verdun, in France, as a 15-year-old Army brat. That glimpse of the brutality of war, he says, set him on his course in politics. 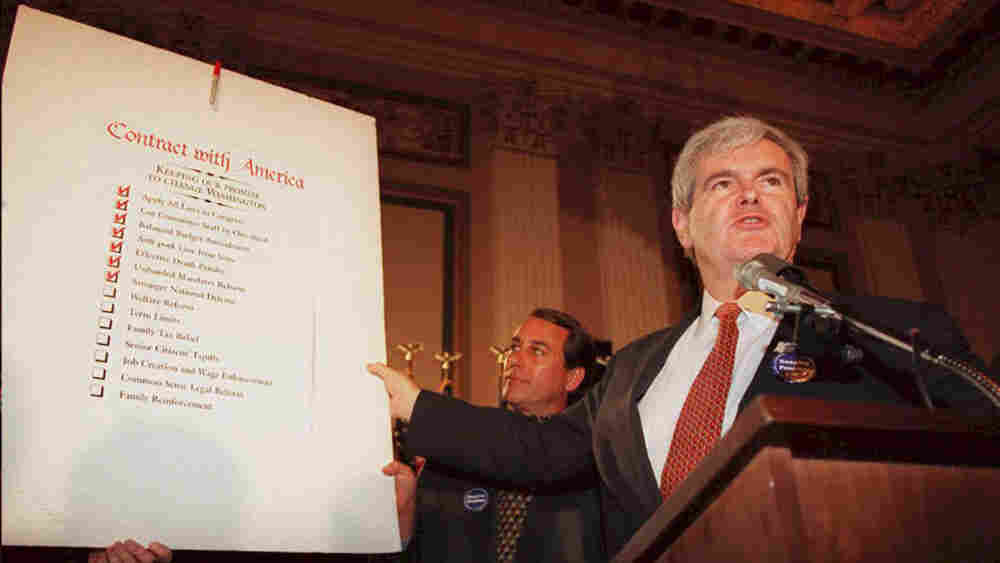 Then-House Speaker Newt Gingrich holds up a copy of the Republican Party's "Contract with America" during a rally to celebrate the first 50 days of the Republican majority in Congress in 1995. Joshua Roberts/AFP/Getty Images hide caption

NPR has been profiling some of the Republicans who are considering a presidential run in 2012, to find out what first sparked their interest in politics. Read more of those profiles. 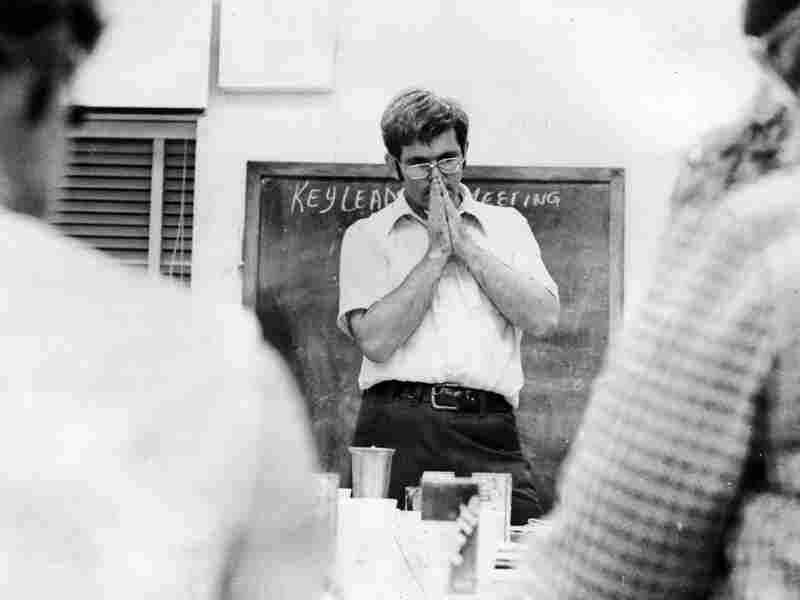 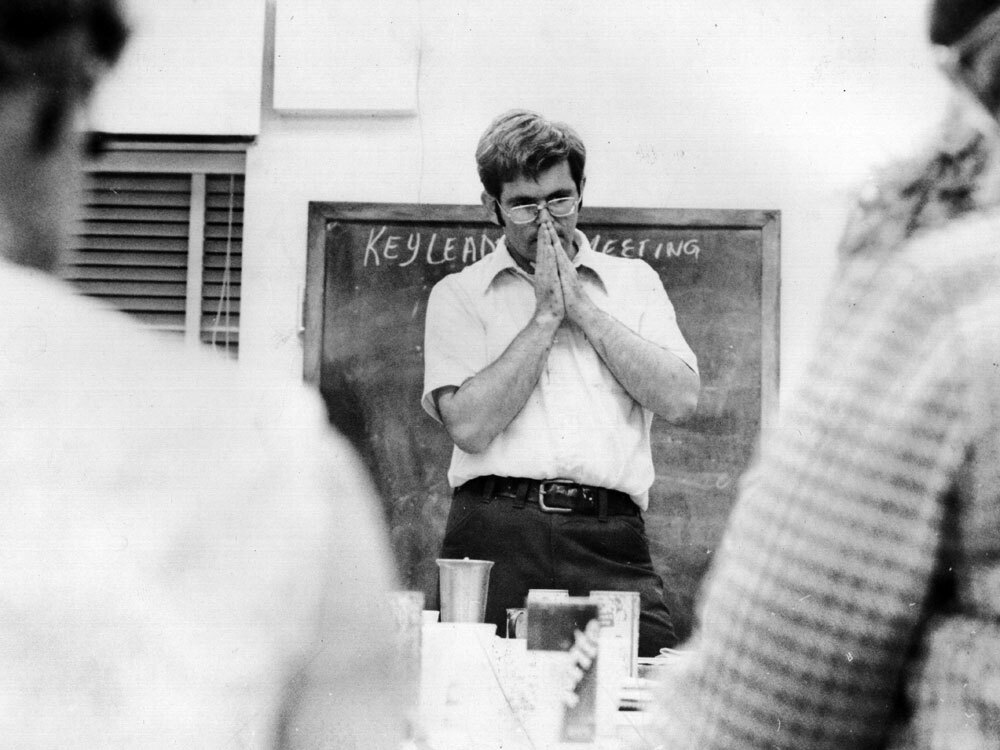 When you ask many politicians what inspired them to a life of public service, you often hear familiar words about a commitment to helping people, or perhaps a desire to run government more like a business.

Newt Gingrich has a different story to tell.

His stepfather was a career soldier, and in the 1950s, he was stationed in Europe. As an adolescent, Gingrich, raised an Army brat, witnessed some profound history. He was in Europe at the time of the 1956 uprisings in Hungary. Two years later, his stepfather, then stationed in France, took 15-year-old Newt to visit the World War l battlefield of Verdun.

"Verdun still had bomb damage, or artillery damage, from World War I — 42 years earlier," Gingrich recalled in a 1986 interview with C-SPAN.

A sense of uselessness came over him at that point. [He asked himself], 'What is it all about? All of these people died, and what does it really matter? What does it mean?'

"The last day," he continued, "we went to the ossuary, which is a big building — a glassed-in basement [that] has the bones of 100,000 men who were killed ... [who were] literally just laying rotting in the fields or blown apart from artillery."

Mel Steely, a retired professor who was on the panel that hired Gingrich to teach history at what is now the University of West Georgia, has written a biography of his former colleague. He says seeing Verdun had a powerful effect on young Newt.

"A sense of uselessness came over him at that point," Steely says. He says Gingrich asked himself: "What is it all about? All of these people died, and what does it really matter? What does it mean?"

Gingrich returned to the States that summer on an ocean liner with his family. The young man who had at one time wanted to be a zoo director now headed on a different course.

"He talks about just standing there on the railing and trying to figure out, 'What am I going to do?' " Steely says. " 'Where am I going to go? I really want to serve my country, but how do I do this?' And he came up with the idea that politics would probably be the best way to do it."

Gingrich volunteered on a congressional campaign in 1960. He was always a Republican, and even formed a Young Republican Club as an undergraduate at Emory University.

But Gingrich was not always a conservative. In fact, in his first involvement in a presidential campaign in 1968, Gingrich supported, of all people, then-New York Gov. Nelson Rockefeller. 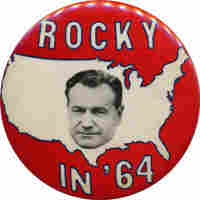 As a grad student at Tulane, Gingrich tried to get his fellow students interested in attending a Rockefeller rally, Steely says.

"He came on the idea at the time of getting a big bus and putting two tubs of ice and beer on it. And then he would pull up in front [of] a fraternity house and say, 'Let's go meet Nelson Rockefeller. We got free beer,' " he says.

Gingrich taught history at West Georgia, but his interests were more and more political. In 1974, he decided to challenge incumbent Democratic Rep. Jack Flynt.

The timing wasn't great. It was the height of the Watergate scandal — the year Nixon resigned — and it was hard on the GOP everywhere. Still, Gingrich won 48 percent of the vote.

Two years later, he tried again — again coming up short. But in 1978, he finally prevailed.

The 'Man Of The Year'

Gingrich rose up the House ranks as a backbencher, lobbing rhetorical grenades at the entrenched Democratic majority. He elbowed aside GOP congressional leaders whom he considered too comfortable with their second-class status in the House.

In 1994, the Gingrich-led Republicans won control of the House for the first time in 40 years.

In the majority, Republicans staged a showdown over the budget with then-President Bill Clinton. Gingrich's take-no-prisoners style of rhetoric was on full display.

"When he gets rid of the campaign advisers and quits the campaign speeches, and sits down with somebody who knows policy, and has somebody actually explain to him what we're doing," Gingrich said at the time, "I think that he will find that it's dramatically better than anything that he's ever proposed. And I think that he'll have every reason to sign it." 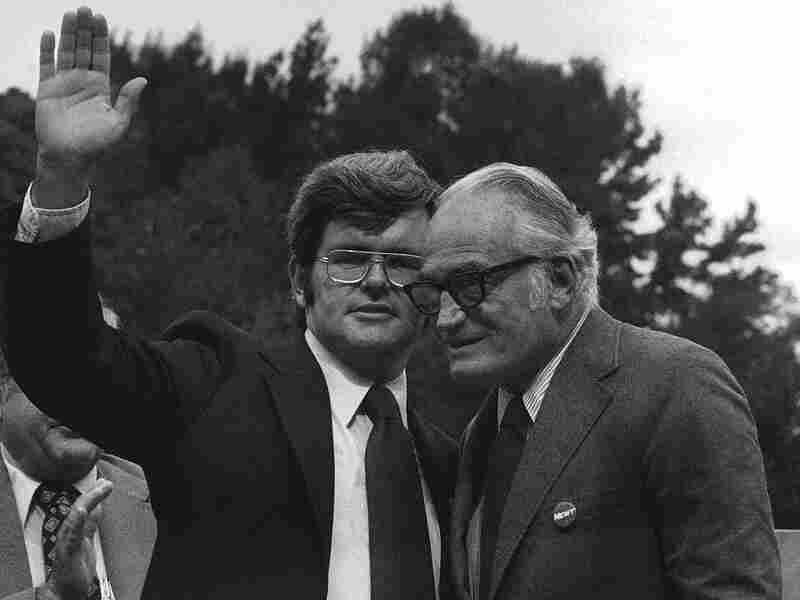 Gingrich (left, then a congressional candidate) waves to an East Point, Ga., crowd in 1976. He's joined by Sen. Barry Goldwater, who campaigned for him. OBJ/AP hide caption 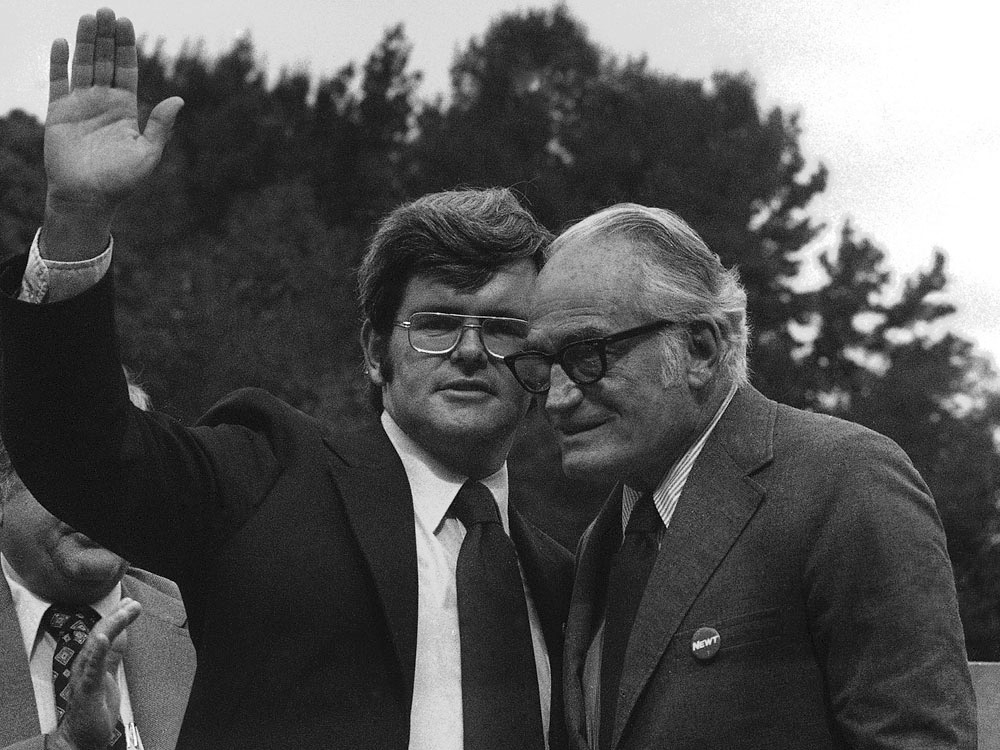 Gingrich (left, then a congressional candidate) waves to an East Point, Ga., crowd in 1976. He's joined by Sen. Barry Goldwater, who campaigned for him.

In 1995, Gingrich was everywhere. He held sometimes daily news conferences; his manifesto, To Renew America, topped the best-seller lists; he was Time magazine's Man of the Year.

But he was also a lightning rod. Two years later, after a lengthy investigation, he was fined $300,000 by the House Ethics Committee for violating rules against using a tax-exempt organization for political purposes.

By 1998, he had even worn out his welcome with House Republicans, who suffered surprise losses in that November's election.

Facing a challenge for the speaker's gavel, Gingrich uncharacteristically walked away from the fight. He confided in some colleagues, including then-Minnesota Rep. Vin Weber.

"So, it was really a decision about what was in the best interests of House Republicans and the Republican Party and the country," Weber says.

Out Of Office, But Not The Spotlight

Though perhaps chastened, Gingrich never fully moved out of the spotlight. He gave speeches, wrote books and became a commentator with Fox News.

His personal life also drew attention. In August of 2000, he divorced his second wife and 10 days later married his third, Callista, a former House staffer.

Although he spent the decade in private life, he was never entirely out of the public eye. After Barack Obama's election as president in 2008, Gingrich became one of his chief critics.

"I believe he stands for a politician-defined, bureaucratically implemented, Washington-centered system," Gingrich said. "He believes in a government-centered society in which government takes care of you, in which government runs virtually everything. I mean, just read what he says — none of this is made up."

As Gingrich told C-SPAN in 1986, the visit to Verdun set him on his path.

"I guess out of that experience, I came to the conclusion after my freshman year in high school that all this is real," he said. "That when you step out there late at night and you look up at the U.S. Capitol, and it's lit up and it's beautiful, this is the center of freedom on the planet. The capacity of our elected leadership to understand the challenges and to lead us and to guide us is the key test of a free society," he said.

And now, Gingrich seems ready to set off once again, hoping his vision of leadership will propel him to the White House.