Accessibility links
Detroit's Education: Are Charters A Solution? Detroit's public schools have a deficit of more than $300 million — even though dozens of its schools have already been closed. Now, Michigan has ordered the city to close half its schools in two years. But the district's manager has a contingency plan: turn weak schools over to charter operators. 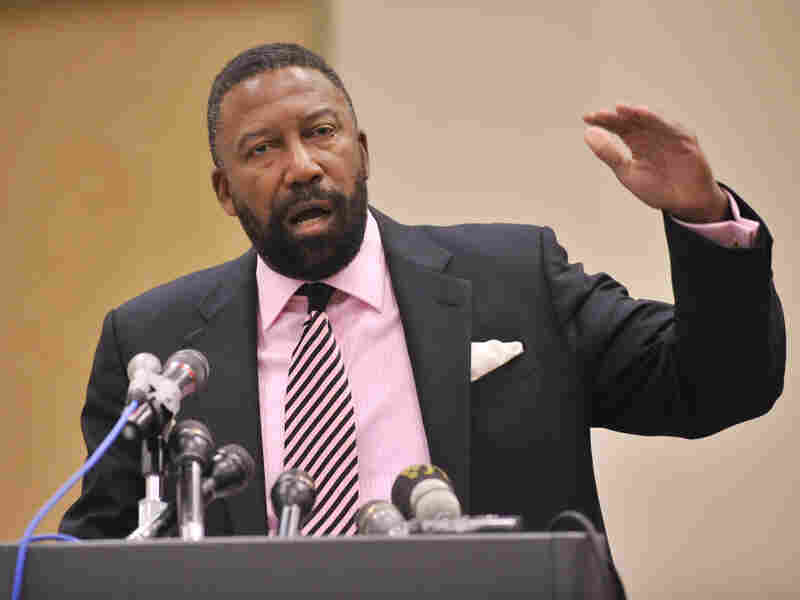 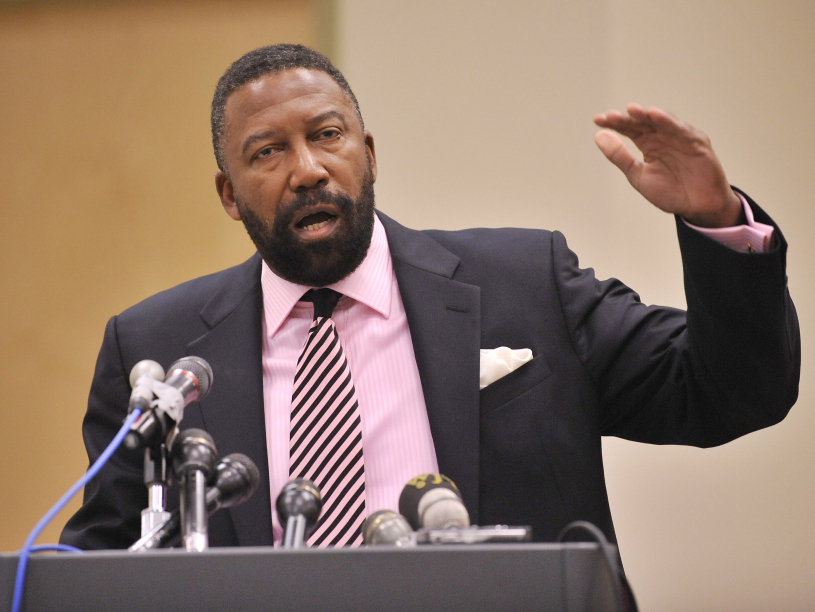 Robert Bobb — Detroit Public Schools emergency financial manager — proposed the charter school idea. His contract with Michigan expires in June — before the full results of the plan will be apparent.

In the past two years, Detroit has closed 59 schools and cut 30 percent of the school system's workforce. But the district is still staring at a deficit of more than $300 million, and thousands of students continue to flee every year.

"If you do the math and you look at the numbers, the question is: Do we continue to close schools here in the city of Detroit to have more vacant and burned-out buildings? Or do we take a bold step forward to create DPS as a service provider of education?" asks Anthony Adams, president of the Detroit Board of Education.

The "bold step" Adams wants to see would convert as many as 45 of the district's traditional schools to charters.

Financially, this transition would help the district shed staffing expenses, including costly pension obligations. It would get management fees and lease revenues from charter operators. And it wouldn't have to shoulder the costs associated with shutting schools down, securing them and demolishing them.

Academically, the hope is that charter operators would be able to turn around schools with low achievement. Robert Bobb, the state-appointed emergency manager for Detroit Public Schools, proposed the charter idea.

"Let me be clear," he says. "We will only accept proposals from those that have been successful in terms of student achievement."

Jose Afonso says his company's schools have that track record of success. He's with SABIS Educational Systems, which operates charter schools in nine cities across the U.S.

Afonso attended a bidders' conference the district held recently to answer questions about the plan. He says SABIS is interested in taking over more than one Detroit school. But he says getting a school ready by this fall won't be easy.

"There just is not a whole lot of time to recruit staff, to diagnose the students, to enroll the students," Afonso says. "It's doable, but it's going to be challenging."

The Right Context For Charters?

So far, 18 companies have submitted bids to take over schools this fall.

And partly it's because the school district's leadership is in flux. Robert Bobb's term expires at the end of June. Michigan's governor has appointed a former General Motors executive, Roy Roberts, to take over then.

Critics of converting traditional schools to charters say it's troubling that Bobb put the plan in motion on his way out the door.

"It sounds to me and it looks to me like this is planned liquidation," says Keith Johnson, the president of the Detroit Federation of Teachers.

But Johnson also says he's heartened by the fact that Bobb's successor has said he'll look over the restructuring plan, and make changes if they're needed.

As for parents, many aren't sure what to think of the plan. Some say they'd rather see their children's school convert to a charter than close.

Chapman's two boys are each in a school that's targeted for closure or charter conversion. She volunteers five days a week in her older son's special needs classroom.

Chapman says she worries her sons might not get the special education services they need in a charter school. And she also wonders whether they would continue to get bus service.

No matter what, though, Chapman's sons will find themselves in new schools this fall. They'll find out by June whether their schools will close or convert to charter.