Accessibility links
Iggy Pop: A Punk Rocker Devoted To Imperfection Over the course of 40 years, Iggy Pop has changed from a noisy brat with seemingly no chance at stardom to a widely respected founder of punk. A new box set, Roadkill Rising, collects many of his unreleased concert bootlegs. 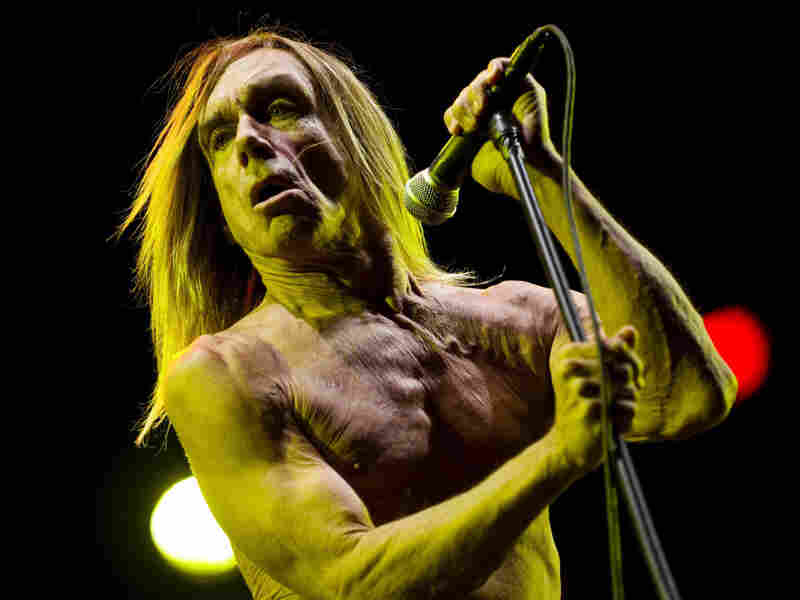 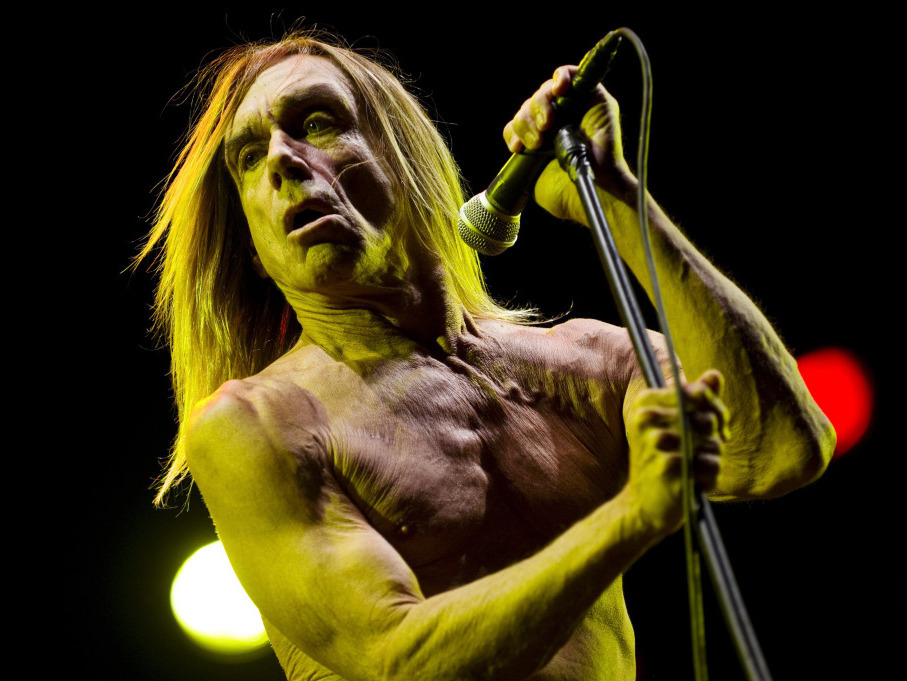 I'm not presenting much of a consumer guide here. If you even think you would enjoy four CDs of unreleased Iggy Pop concert bootlegs — with dropouts, feedback and lots of flubbed notes — you don't need me to tell you about it.

This is more of a reflection on surprising endurance. Back in the late '70s, Iggy, like Keith Richards, was supposed to already have a coffin with his name on it. Yet 10 years into the 21st century, he has enough of an established audience to support a boxed set of rough-edged performances that span more than four decades. So you have to ask — has success spoiled Iggy Pop?

Perhaps a better question is, how can you spoil someone so devoted to imperfection? Flaws and foul-ups have been part of Iggy's plan from the start — part of what makes him an arch-punk.

In the early days of rock-and-roll songs, a constant character was the social outcast — a misfit who was, deep down, a knight in black leather. Of course, these were stand-ins for the performers themselves, good guys pushing what the squares considered pernicious garbage. And hippies were a milder, fuzzier version of the same misunderstood souls.

Iggy Pop would have none of it. From Day One in the late '60s, he was bad and mad all the way down. He was "the world's forgotten boy" and, in one deathless turn on the track "I Wanna Be Your Dog," a submissive canine. 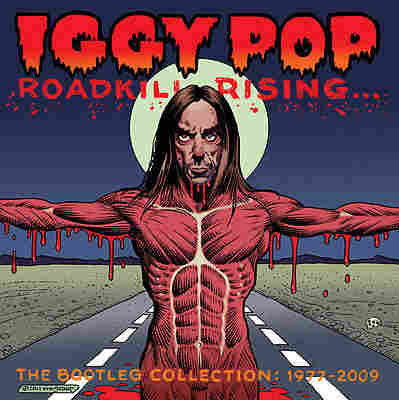 The Roadkill Rising set confirms that Iggy's biggest flaw is that he has trouble with slow tunes. He cannot develop momentum or build to a big finish — when his tempo falls, the show usually slides to a halt.

In his weird way, however, Iggy can turn that to an advantage. During a heated show in 1980, he can't get the audience to calm down enough for him to cover "One For My Baby (And One More For the Road)." He curses and rages at the fans and they do the same at him. He starts the tune over and over again until you want to holler that trying to sing a boozy dirge to a crowded mass of zonked maniacs may not be a smart plan. But it is perverse. And that's what Iggy wants.

As the fourth disc indicates, lately he's tried to kick the perversity up a notch by showcasing his sensitive side. Singing in French and suchlike. That's a sick twist too far for me.

The slowish number that works best on Roadkill Rising is Iggy's hearty but tender reading of the McCoys' "Hang On Sloopy." For all his screams of personal nihilism and fury, it may be the most autobiographical statement on the set.

So is Iggy less captivating now that he's no longer beneath the underdog? Not necessarily. He founded a style as much as Little Richard or Buddy Holly and he has a core cluster of wild man anthems that will make people gasp and laugh for a long while. He's a shirtless, good-guy knight after all.