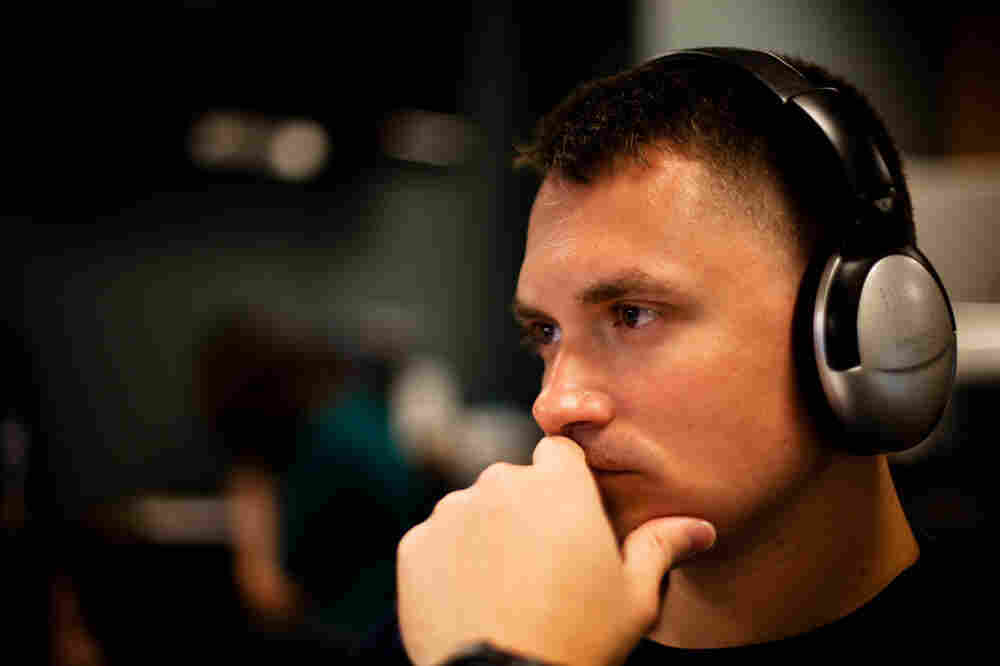 Wounded troops often spend months in physical therapy to regain strength in their damaged bodies. Now, the military is trying something similar for military personnel with injured brains.

The approach is intended for people like 1st Lt. Frederick Simpson.

About a year ago, Simpson was knocked unconscious by the explosion of a rocket-propelled grenade during a firefight in Afghanistan. He was also struck by a bullet that shattered his left shinbone.

Over the next few months, doctors at Walter Reed Army Medical Center in Washington rebuilt his leg. But Simpson says there wasn't any operation to fix what the explosion had done to his brain.

"I would get confused," he says. "I had real poor short-term memory — real poor long-term memory, for that matter. I had trouble staying focused. I would be talking to somebody and then I would just kind of drift off."

Simpson would also forget where he was going or whether he'd turned off a burner on the stove. So he started visiting the Brain Fitness Center at Walter Reed. It's one of several centers set up by the Defense Department in the past few years to help people with brain injuries recover. 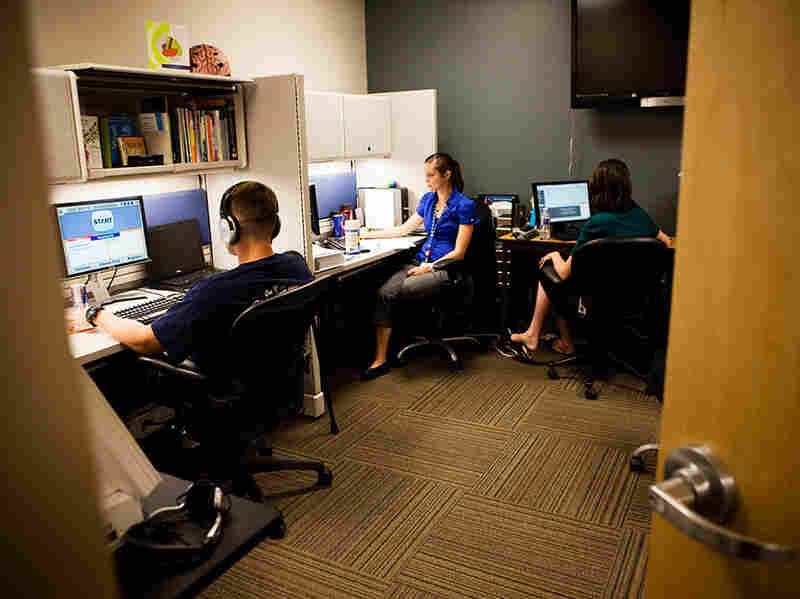 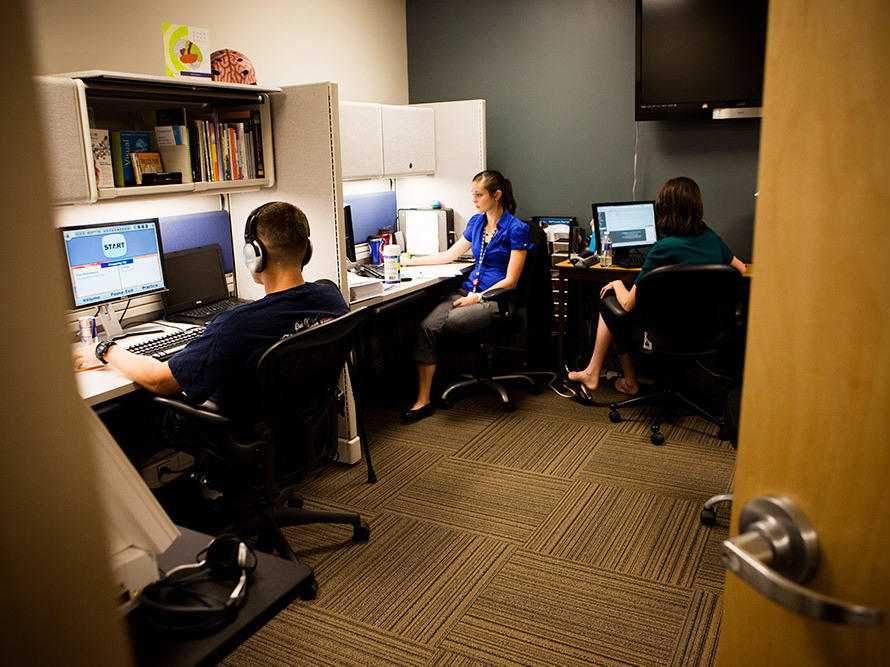 Working Your Brain To The Limit

The center at Walter Reed isn't much to look at: It's a small, interior room with a half-dozen computers running programs that look and sound a bit like video games.

The games involve tasks like remembering words or details in a picture or figuring out what a distorted voice is saying. And for people like Simpson, they can be as grueling as any physical workout.

"I don't like coming in," he says. "But I do because I know it works. It's beneficial for me."

Simpson does four 15-minute sessions a day. He says even those short sessions are enough to cause headaches and frustration.

"Some days you just want to crush the mouse 'cause you just can't get it," he says. "It's all on the tip of your mind, but it just won't come. And sometimes your mind has a breakthrough and you can really kind of skate through all the exercises."

Some days you just want to crush the mouse 'cause you just can't get it. It's all on the tip of your mind, but it just won't come. And sometimes your mind has a breakthrough ...

1st Lt. Frederick Simpson, who was injured in Afghanistan last year, on the impact of brain training exercises

The brain fitness programs are a lot like physical rehabilitation, says Katherine Sullivan, a speech pathologist who directs the Brain Fitness Center. The idea is to work your brain to the limit, she says.

"Just like going to a gym, you could stay here for 30 minutes and not really get a great workout," she says. "But sometimes if you push yourself to that threshold that's ideal and optimal for training, you're going to see more benefit."

Some of the computer programs at the center are the same ones sold to consumers trying to sharpen their memory or thinking. Others are more ambitious efforts from companies studying how best to strengthen an injured brain.

Sullivan says the people who use them often say things like "I feel more confident going out and doing things. I feel a little bit more like myself. I'm thinking maybe a little quicker." Some even say "my marriage seems a little better," she says.

'Most Of These People Can Be Substantially Better'

One reason the military likes the computer-based approach is that soldiers can work on the their brains anywhere they have a computer and a connection to the Internet, Sullivan says.

"These training programs are a work in progress," says Michael Merzenich, a professor emeritus and neuroscientist at the University of California, San Francisco. Merzenich is also a co-founder of Posit Science, a company that makes one of the brain training programs used at Walter Reed and other military and veterans hospitals.

Timeline: The Battle To Track And Diagnose Brain Injuries

Merzenich says he is confident that brain training, like physical training, is doing something.

"That doesn't mean that everyone is going to be in the tip-top shape they were in before they went over to Afghanistan," he says. "But most of these people can be substantially better."

However, the effectiveness of most brain training programs hasn't been tested scientifically on normal brains, let alone injured ones, Merzenich says.

There are studies under way at Walter Reed and other institutions. The goal is to find out just how much difference a particular program makes and how it compares with other programs, Merzenich says.

Simpson says brain training has been useful for him. His memory and ability to focus have improved enough that he can now travel on his own without worrying about getting lost, he says.

And Simpson says he plans to keep training his brain so he'll eventually be able to attend nursing school.