Accessibility links
Outgoing FCC Commissioner To Lobby For Comcast Washington's revolving door is spinning again this week, with FCC chief Meredith Attwell Baker's announcement that she is resigning to become a lobbyist for Comcast. The move comes just months after she voted to approve the merger of Comcast and NBC Universal.

Washington's revolving door is spinning again this week, with Federal Communications Commissioner Meredith Attwell Baker's announcement that she is resigning to become a lobbyist for Comcast.

Baker's last day on the commission will be June 3, a few weeks before the end of her term, and just over four months after she voted to approve the merger of Comcast and NBC Universal. 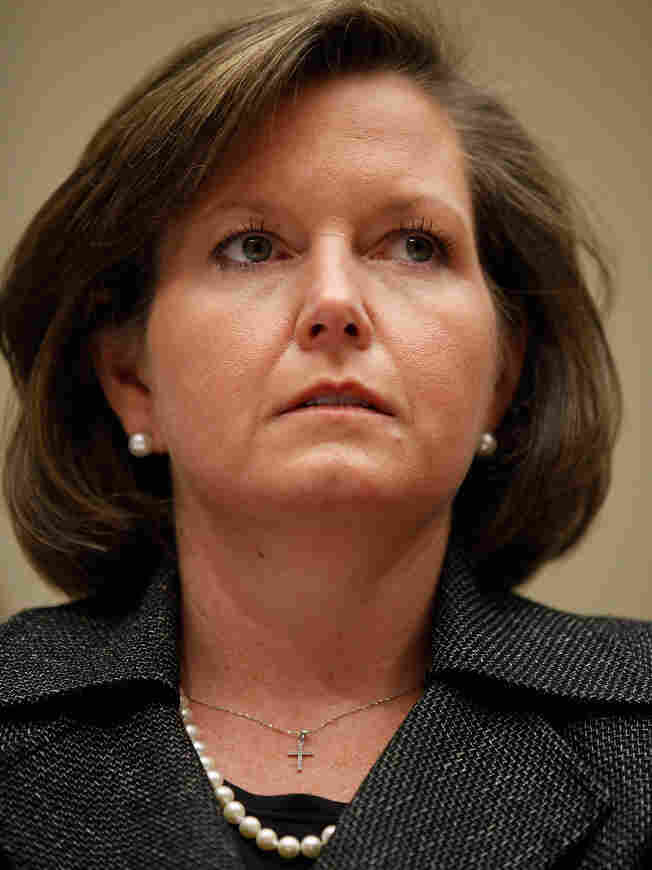 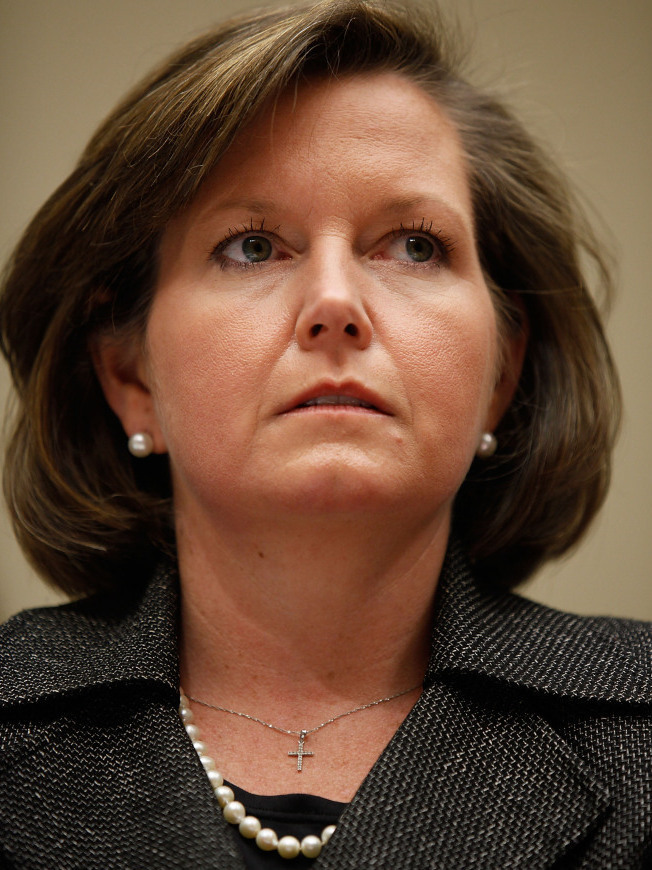 Federal Communications Commissioner Meredith Attwell Baker, shown at a hearing on Capitol Hill in March, is resigning to become a lobbyist for Comcast.

Back in 2009, when the merger was proposed, Baker said on C-SPAN that the commission shouldn't try to regulate too much.

"You shouldn't attach conditions that are extraneous to the actual deal in front of you," she said at the time.

And when the vote came last January, Baker complained that some extraneous conditions were there. She said that FCC rulings were too regulatory and could discourage job-creating investment. Still, she voted with the 4-1 majority for the merger.

Now, Baker, an Obama appointee, is resigning her post to go across town and lobby for the newly merged Comcast-NBC operation.

Her office declined an interview request, but her critics aren't so shy.

"People should be outraged about this kind of blatant revolving-door activity, where one day you're supposed to be a public servant, and the next day you simply go to work advocating for these big companies," says Craig Aaron, president of the media advocacy group Free Press.

Federal law says Baker can't lobby the FCC for two years. But lobbying Congress is OK — and that's what she'll do.

For a good part of the Washington establishment, that's nothing new.

"The fact that so many people inside Washington think that there's nothing to see here shows you just how corrupted and captured by industry our policymaking is," says Aaron.

Three of the best-known examples of the revolving door at the FCC: Richard Wiley, FCC chairman in the 1970s, who went off to launch one of Washington's powerhouse law firms, Wiley Rein; former Chairman Michael Powell, a Clinton appointee and now CEO of the National Cable and Telecommunications Association, the lobby group for the cable industry; and the immediate past chairman, Kevin Martin, who heads up the communications law practice at Patton Boggs, another of the go-to law firms in Washington.

People should be outraged about this kind of blatant revolving-door activity, where one day you're supposed to be a public servant, and the next day you simply go to work advocating for these big companies.

As much as this makes Washington look like an inside game, there is a philosophical argument for the revolving door — and Thomas Susman is willing to make it.

"I'm a big fan of the revolving door," says Susman, head lobbyist for the American Bar Association and a longtime student of ethics-in-government issues.

He says it's good to let people move between business and government, and that laws can catch those who abuse the public trust.

"I don't like the results of saying you can't do it," he says. "And so, therefore, I suspect I'm willing to live with public perception, you know, of cronyism, and the occasional situation where it actually proves detrimental to the public good."

He says he can't see a way to completely regulate the revolving door without blowing up people's careers.

"If the alternative is to develop a cadre of government officials who never have been in private practice ... and are never going there, I'm not sure that that's the kind of people I want having so much power over our economy," he says.

So when Baker takes the next step in her career, her new boss at Comcast will be Kyle McSlarrow — someone who has worked for the George W. Bush administration, a presidential campaign and three Republican senators.