Accessibility links
Spring For Music: The St. Paul Chamber Orchestra Maria Schneider is used to writing for her own jazz band. Hear her first classical work, written for soprano Dawn Upshaw, at the Spring for Music festival at Carnegie Hall. 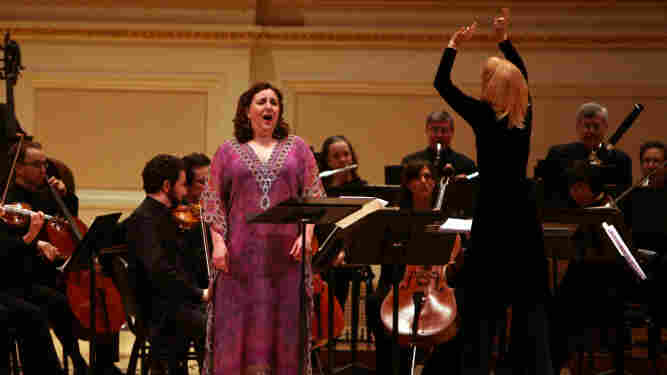 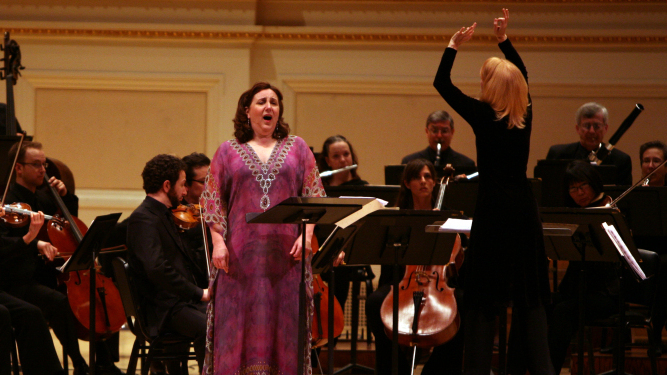 When soprano Dawn Upshaw asked Maria Schneider to compose a piece for her to sing with the St. Paul Chamber Orchestra, Schneider told her that was crazy. Schneider is one of the most respected composers in jazz, the leader of her own New York-based big band for almost two decades and the recipient of two Grammys. But she had compelling reasons to deny Upshaw's request.

"I was just in love with Maria's music," Upshaw said. "She's an extraordinary human being. Her joy, her warmth — you hear all those things in her music. I loved being surrounded by her music when I listened to it. I felt better."

In 2007, Upshaw was just starting a three-year artistic partnership with the SPCO, a gig that found her tapping non-traditional artists who would use her voice as a muse. She began following Schneider's career at the suggestion of composer Osvaldo Golijov, and attended the bandleader's annual concerts at the Jazz Standard in New York.

Terrified or not, Schneider accepted Upshaw's commission, and in 2008 the SPCO premiered the Carlos Drummond de Andrade Stories, Schneider's settings of poems by the Brazilian poet. The piece received enthusiastic reviews and became the linchpin in the SPCO's Spring for Music program at Carnegie Hall tonight. It is being performed alongside music by Haydn, Stravinsky and Bartok.

As Schneider explained in a WQXR interview, writing original, lushly orchestrated works has long been a specialty. Many of her pieces bear the influence of her mentor, master arranger Gil Evans, best known for orchestrating the Miles Davis albums Sketches of Spain and Porgy and Bess.

"For years now I've been writing for big band," she says. "I've been trying to make it sound like an orchestra by using all sorts of woodwinds, using a lot of mutes in the brass and all sorts of different colors and combining with guitars." But in fulfilling the SPCO commission, she had a full palette with French horns, oboes and strings.

The words were a different matter. Schneider spent several months researching poets while staying in contact with Upshaw by phone and e-mail. She settled on Drummond, arguably the most popular Brazilian poet of the 20th century. For the opening movement, Schneider uses the Brazilian song form known as choro, with wordless singing by Upshaw. The movements that follow are based on four poems and filtered through the Brazilian quadrille, Spanish flamenco and other Latin sounds.

"These poems read like little stories," said Schneider. "His poems are really loved by the Brazilian people. They have everything from a lot of drama to sweetness to out-and-out humor in them." 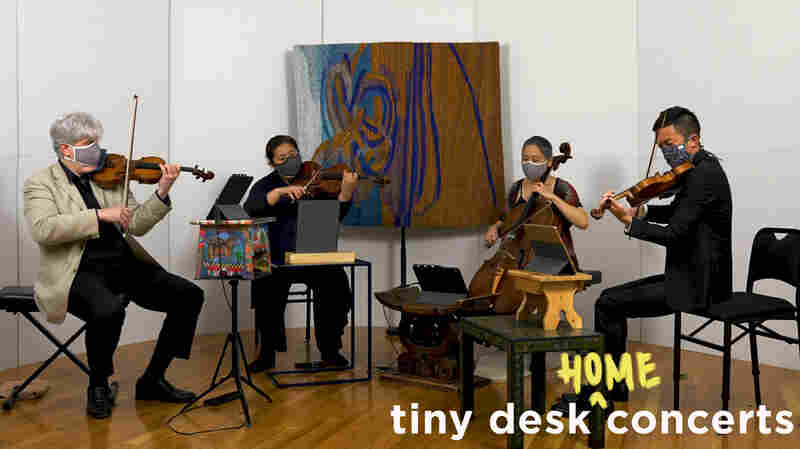 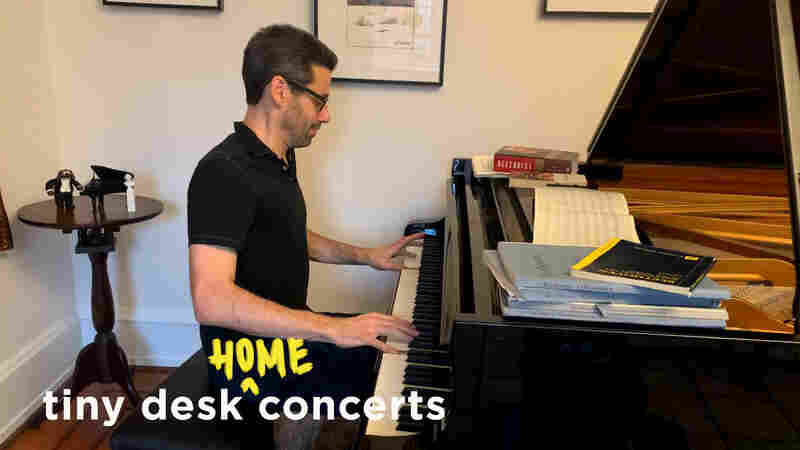