Accessibility links
A 16-Year Hunt For New York's 'Mad Bomber' Michael Greenburg's new book, The Mad Bomber of New York, tells the story of the hunt for a man who planted 33 homemade bombs in public places around New York City and managed to elude capture for more than 16 years. 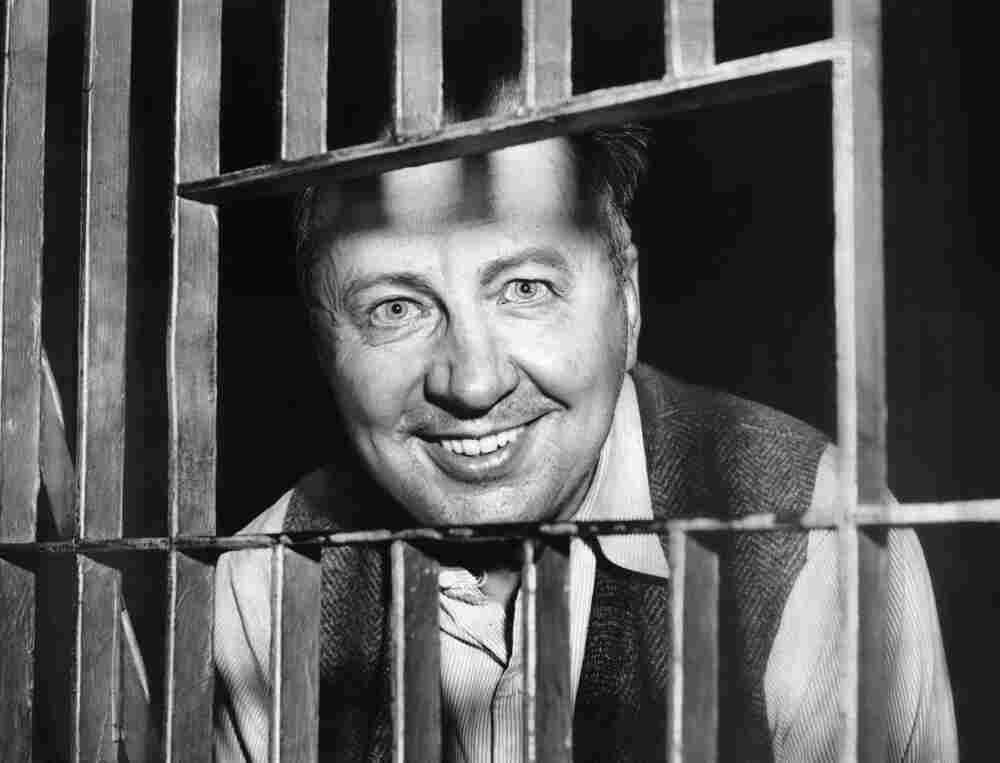 George Metesky, who confessed to being the "Mad Bomber," looks through the bars of his cell at the Waterbury, Conn., Police Station. Judd Mehlman/New York Daily News via Getty Images hide caption 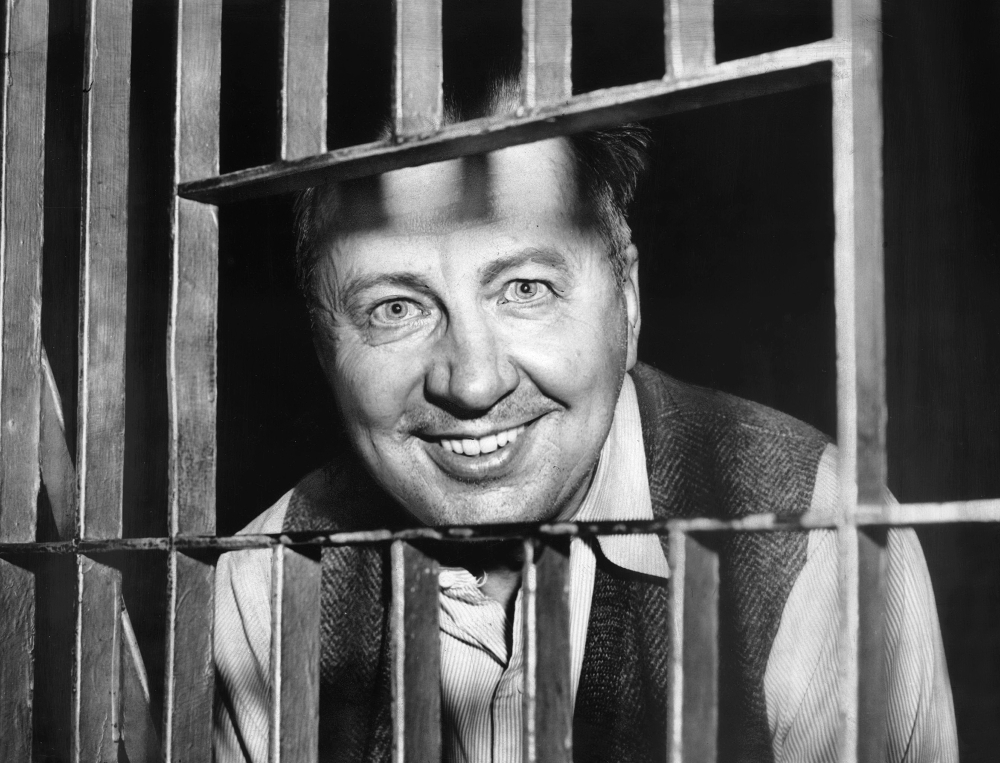 George Metesky, who confessed to being the "Mad Bomber," looks through the bars of his cell at the Waterbury, Conn., Police Station.

Beginning in 1940, a man named George Metesky hid 33 pipe bombs in public spaces in New York City. Twenty-two of those bombs exploded, injuring 15 people. Until he was captured in 1957, Metesky was known to the press, the police and an increasingly anxious populace as the "Mad Bomber."

Now, 54 years after he was caught, Michael M. Greenburg has written a history of the search for Metesky called The Mad Bomber of New York: The Extraordinary True Story of the Manhunt That Paralyzed a City. 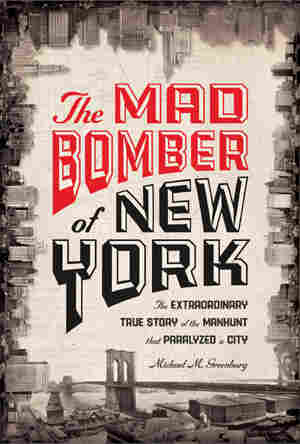 Metesky hid his bombs in phone booths or public restrooms, terrorizing the city in a way that is echoed in today's terrorism threats. And as Greenburg describes it, the police force's hunt for the Mad Bomber contained innovations that echo in investigations today.

But at the time, Greenburg tells All Things Considered's Robert Siegel — who was a 9-year-old New Yorker when Metesky was captured — everyone wanted to know one thing: Why did it take so long to catch him?

"Metesky became very adept at melting into society and kind of cruising under the radar," Greenburg says. "One of his lawyers referred to him as someone who could pass as your next-door neighbor. And he just didn't stand out as the type of person that could be the Mad Bomber. He didn't look like the kind of person that people were looking for."

The Mad Bomber turned out to be a fastidious man in his mid-50s, with a garage full of bomb-making tools, and an astonishingly inappropriate affect. In the photos of him, Metesky — under arrest and often surrounded by police officers — grins inexplicably.

Those photos graced the cover of papers like the New York Daily News, and in fact, another paper — the Hearst-owned New York Journal-American — and its publisher, Seymour Berkson, played a significant role in the manhunt.

"During the period of time when the bombings reached their crescendo, there was, you know, panic, apprehension, a great deal of fear in the city," Greenburg says. "And Mr. Berkson got together with his staff, and decided that the best way to approach this story would be to publish what he called an open letter to the bomber. And this letter promised good treatment to the bomber if he would reveal himself and turn himself in. Well, this had the effect of drawing out the bomber, so to speak. And he got into a very public dialogue with the newspaper, and it really created an ethical dilemma for Berkson, who was working very closely with the New York Police Department, who had asked him on several occasions to withhold information. So it was the journalist's paradox: trying to balance his commitment to the community against his duty to zealously cover the news."

Metesky responded with a letter to the paper and revealed that he blamed Consolidated Edison [the power company] for an injury on the job that he believed led to his developing tuberculosis. Details from the letters helped lead to Metesky's capture by police on Jan. 21, 1957.

"Seymour Berkson was criticized for setting up some type of a ploy, [as if] it was a publicity stunt to increase his circulation. And it did have the effect of increasing it, but he vehemently denied that this was somehow designed to increase circulation," Greenburg says.

One innovation of the hunt for the Mad Bomber, Greenburg says, was the very first use of a psychiatrist to construct a criminal profile of a suspect in an active investigation in the United States. That psychiatrist, Dr. James Brussel, used evidence to draw conclusions about what the bomber might be like, the sort of thing that might be commonplace today but was highly unconventional in 1957.

"At the time, there was a tremendous amount of internal frustration within the police department and political pressure on the top brass of the department to make an arrest," Greenburg says. "Brussel concluded that the Mad Bomber suffered from a case of progressive paranoia, and from that he was able to create an inferential mosaic of probable characteristics. He called it his private blend of science, intuition and hope."

In some cases those guesses were very right, and in some very wrong: He was off by 10 years on the age, and Metesky was wearing pajamas when he was arrested, though he did typically wear a double-breasted suit.

"Dr. Brussel was criticized to some extent, but by and large the profile that he developed was widely accepted as accurate," Greenburg says. "And whether or not it had the effect of assisting in the investigation, which truly it probably did not, it had the effect of shining the light of awareness on this little-used and little-known crime-fighting tool."

When Metesky was arrested, he immediately admitted to his crimes.

"One of the interesting things about Metesky's later crusade, which became trying to prove his competency to stand trial, wasn't that he was so much interested in gaining his freedom, but he wanted his day in court to show the evils of Consolidated Edison Co. He wanted to bring that crusade to life in a courtroom. And he felt like he needed a platform to do that, and he thought that a trial would be the best way to accomplish that." 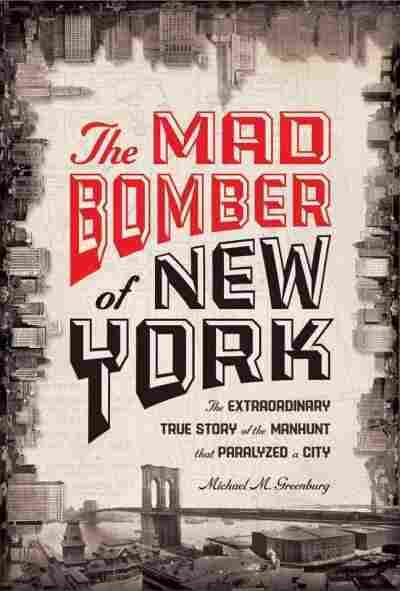 The Mad Bomber of New York

The Extraordinary True Story of the Manhunt That Paralyzed a City

Title
The Mad Bomber of New York
Subtitle
The Extraordinary True Story of the Manhunt That Paralyzed a City
Author
Michael M. Greenburg