Accessibility links
Saddle Up For A Wild Western Ride, L'Amour Style The gun-slinging glory of Louis L'Amour Westerns might be romanticized past the point of reality, but not even American history scholar Elizabeth Cobbs Hoffman can resist the pull of their ruggedly glamorous adventures that sweep across the Great Plains. 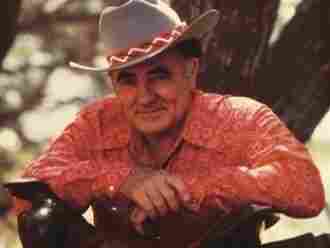 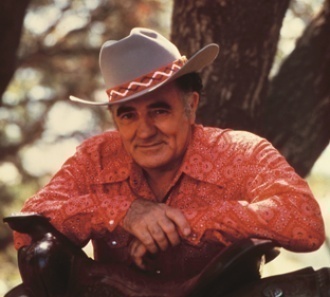 Louis L'Amour authored 17 rugged Western novels about the gun-slinging Sackett clan. He died at age 80 in 1988.

They always had men on the front cover. Tall, handsome, rugged men — their rifles slung across the saddle, looking towards the dusty green, burnt sienna buttes of Colorado or New Mexico.

My uncle Thaddeus kept two stacks on the dinged-up coffee table, and another on the laminated kitchen dinette. Sometimes, I'd slip my hand behind the recliner cushion and find one that had slipped down the back, chased by crinkled candy wrappers.

My uncle never knew, but when I was about 12, I read every Louis L'Amour novel I could find in his little tract house in El Cajon, Calif. We lived over the mountain, down a two-mile dirt road, and drove into town on weekends so the grown-ups could play pinochle. We called our cousins "city-slickers" because they wore shoes all the time. Even in the house. It seemed a sorry habit until we saw the grimy sidewalks. Give me clean dirt anytime.

But it was in suburbia that I found the West. L'Amour made me wish I had been born on the Great Plains in the 19th century, and turned me into a historian. I grew up with the Sacketts, that clan of laconic gunslingers with a dry sense of humor who killed a man only when he needed it. Gamblers and cheats invariably underestimated Tell Sackett and his brothers. "Trouble was," Tell observed about one such fellow, "he wouldn't be content with one mistake, he had to make two," and they buried him outside town.

Although Tell Sackett and his brothers had a hard time spelling, they could read a Comanche trail at a gallop. They took no pleasure in killing Indians, but Indian warriors needed it, too, sometimes. 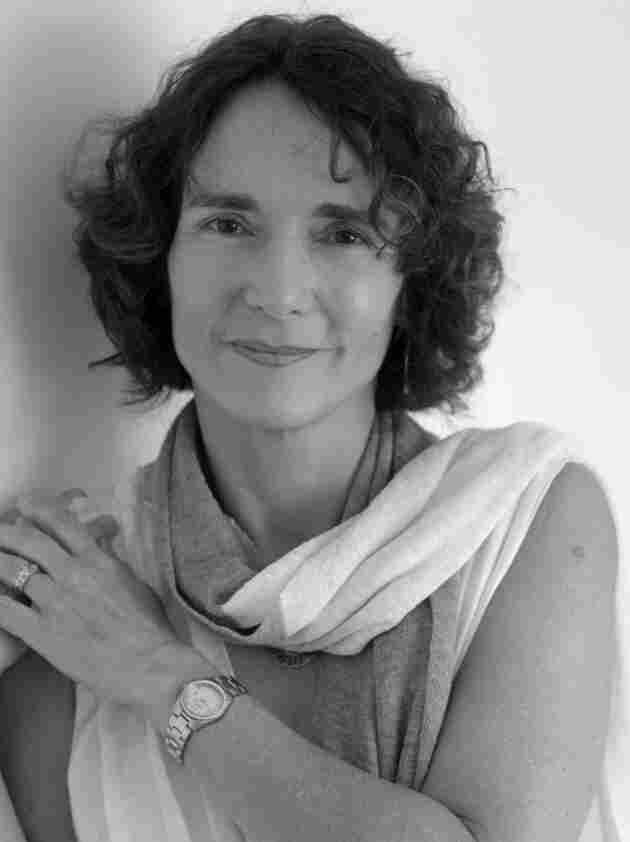 Elizabeth Cobbs Hoffman is the author of Broken Promises: A Novel of the Civil War. Betsy Crimmins hide caption 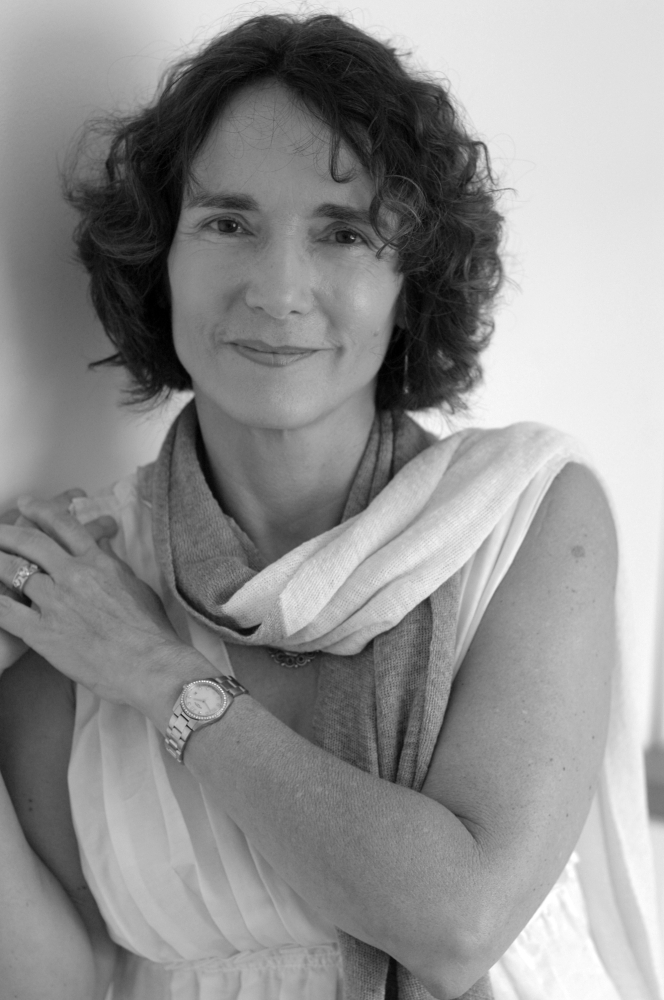 Elizabeth Cobbs Hoffman is the author of Broken Promises: A Novel of the Civil War.

L'Amour's characters gave zeitgeist a western twang. "No Sackett was ever much on the brag," Tell says. "We want folks to leave us alone and we leave them alone, but when fighting time comes, we stand ready."

The Sackett brothers were shy around women, but I knew I could put them at ease. I would make 'em pie, and show them round the ranch. My blanket roll and mess kit could be ready in 10 minutes.

When I became a historian — chockfull of postmodern theories on subalterns and The Other — I realized that L'Amour would never find his way into footnotes. Cowboys and Indians, not usually enemies in L'Amour's novels, were now. And don't even mention senoritas, or we'll be on about the feminization of Mexico all night. If a Sackett strayed into the ivory tower, he might find himself at the business end of a noose.

It wasn't simply that L'Amour was a dimestore novelist. He wrote about a West that no longer existed even in history books.

I branched out. I read Larry McMurtry, who took higher aim. I read Max Brand, commended by Franklin Roosevelt. Having specialized in American foreign relations, I dug up The Cowboy and the Cossack by Clair Huffaker, a nod to Cold War diplomacy and a blow against stereotypes of Russians.

But some Americana is not to be missed. For a glimpse into the beating heart of the west, and if you ain't too proud, you must read Louis L'Amour.

You Must Read This is produced and edited by Ellen Silva with production assistance from Rose Friedman and Lena Moses-Schmitt and Amelia Salutz. 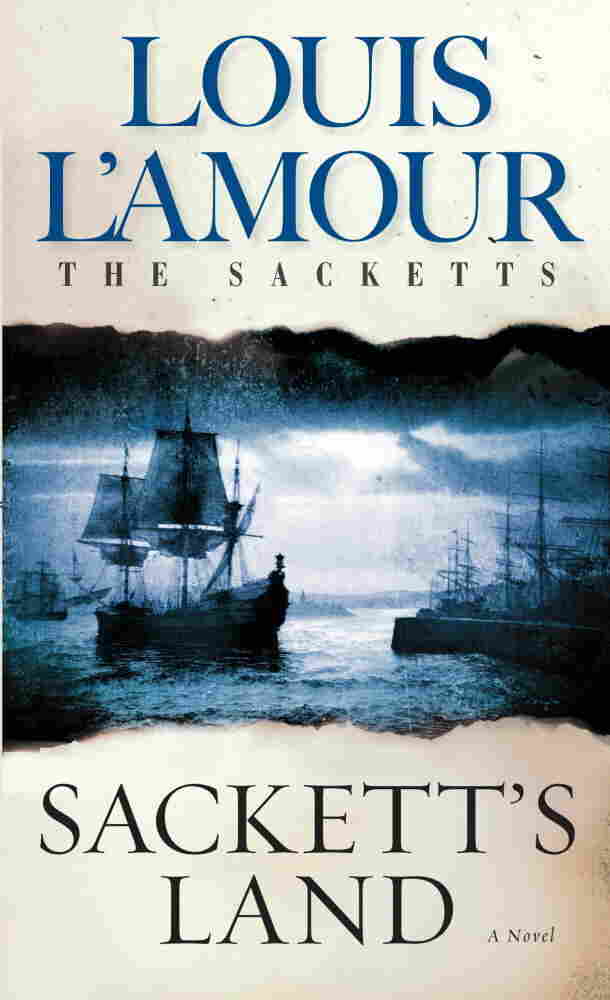 It was my devil's own temper that brought me to grief, my temper and a skill with weapons born of my father's teaching.

Yet without that skill I might have emptied my life's blood upon the cobblestones of Stamford, emptied my body of blood . . . and for what?

Until that moment in Stamford it would have been said that no steadier lad lived in all the fenlands than Barnabas Sackett, nor one who brought better from his fields than I, or did better at the eeling in the fens that were my home.

Then a wayward glance from a lass, a moment of red, bursting fury from a stranger, a blow given and a blow returned, and all that might have been my life vanished like a fog upon the fens beneath a summer sun.

In that year of 1599 a man of my station did not strike a man of noble birth and expect to live — or if he lived, to keep the hand that struck the blow.

Trouble came quickly upon me, suddenly, and without warning.

It began that day near Reach when I slipped and fell upon the Devil's Dyke.

The Dyke is a great rampart of earth some six miles long and built in the long ago by a people who might have been my ancestors. These were the Iceni, I have been told, who lived in my country long before the Romans came to Britain.

When I slipped I caught myself upon my outstretched palms to keep the mud from my clothing, and I found myself staring at the muddy edge of what appeared to be a gold coin.

Now coins of any kind were uncommon amongst us, for we did much in the way of barter and exchange. Merchants saw coins, but not many came our way. Yet here it was, a gold coin.

Shifting my position a bit I closed my fingers over first one coin and, then, yet another.

I stood up slowly, and making as if to brush the mud from my hands, I knocked and wiped the mud from the coins. In a pool of muddy water at my feet, I washed them clean.

No English coins these, nor was the wording English, nor the faces of the men upon them. The first coin was heavy, of quite some value judging by the weight. The second was smaller, thinner, and of a different kind.

Slipping them casually into my pocket, I stood there looking about.

The hour was before dawn of what bid to be a gray day. Clouds were thick above, and during the night there had been heavy rain. It was a lonely place, where I stood, a place about half the distance from Reach to Wood Ditton. We had worked in the quarries at Reach, some of us, and slept the night on a tavern floor to be near the fire.

Long before day I awakened, lying there thinking of the distance I had yet to go, with the work now ended. So, quietly I had risen, put my cloak about my shoulders, and took my way to the Dyke, the easiest route in any weather.

It was a time when few men got more than a mile or two from their door, unless following the sea or the fishing, but I was a restless one, moving about and working wherever an extra hand might be needed, for it was in my mind to save money, buy a bit more land and so better my position.

Now I had come upon gold, more than I was likely to earn with my hands in a year, although it was little enough I knew of gold. Had my father stood by me he could have told me what each coin was worth.

I made a thing of brushing my knees, which gave me time to look more carefully about.

I was alone. There were willows yonder, farther away oaks and a hedge, but nowhere in the vague light of beginning day did I see movement or sign of men. Carefully I studied the ground where I had fallen. For where there had been two coins there might be three . . . or four.

Something had scarred the slope here, and rain had found it, as rain will, gouging a small ditch to escape over the Dyke's edge. Where the trickle of water was, I could see what appeared to be the rotting edge of a leather purse, or sack. A bit of a search with my fingers in the mud and I held three more pieces of gold, and a moment later, another.

That was the lot. I kicked mud over the spot, turned about a couple of times, then walked slowly on, plodding as if tired, stopping a time or two to look about.

At a pool of rain water I paused to wash the mud from my hands. Six gold coins! It was a fortune.

Two of the coins were Roman. Likely enough some brawny legionnaire had come this way from the fighting, and when about to be overtaken had buried them. It was likely he must have been killed then, for he had never recovered his coins.

Such a strong leather purse, if well buried, would need years to rot away, and it might have been some later traveler. Whoever it was, his ancient loss was my present gain.

Yet if I appeared with six gold coins, what would happen?

By some manner of means they would certainly be taken from me. A poor man, even a yeoman such as I, had small chance of maintaining his rights. There were many tricky laws, and the rascals would surely find one that would deprive me of my findings.

I was a freeman living on a small freeholding at the edge of the fens, a bit of land given my father for his deeds in battle. Actually, a great piece of the fens was mine, but it was of small use except for the eeling and occasional mowing.

There was a small piece of land adjoining mine, of good, rich drained land that I coveted. Now I could have it for mine, and more, too, if it were up for the selling.

But if I came forward with gold it would set to wagging half the tongues in the shire, so I had best be thinking of a better way.

It was then I remembered the man from Stamford. An oldish man, and bookish. His name had been mentioned to me in the streets of Chatteris. A curious man, he would go miles to look upon some old wall or a ruined monastery.

His name was Hasling, and sometimes he had bought some ancient thing found by a workman or farmer. It was said he wrote papers about such things and talked of them with men from Cambridge.

He had the look of a kindly man with nothing of the sharper about him, and I'd been told he paid a guinea for a bronze axe dug up in a field. So it was that I went to Stamford.

Excerpted from "Sackett's Land" by Louis L'Amour. Copyright 1975 by the Louis D. and Katherin E. L'Amour Trust. Reprinted with permission from Bantam Books. 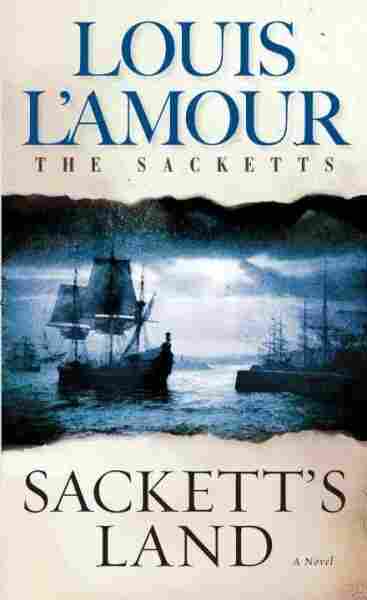