Accessibility links
Walt Bogdanich: Reporting On The Hidden Dangers Of Medical Radiation New York Times investigative journalist Walt Bogdanich discusses his ongoing series on mistakes made during radiation treatments. He also details what a patient should always ask before receiving any type of X-ray, scan or radiation treatment. 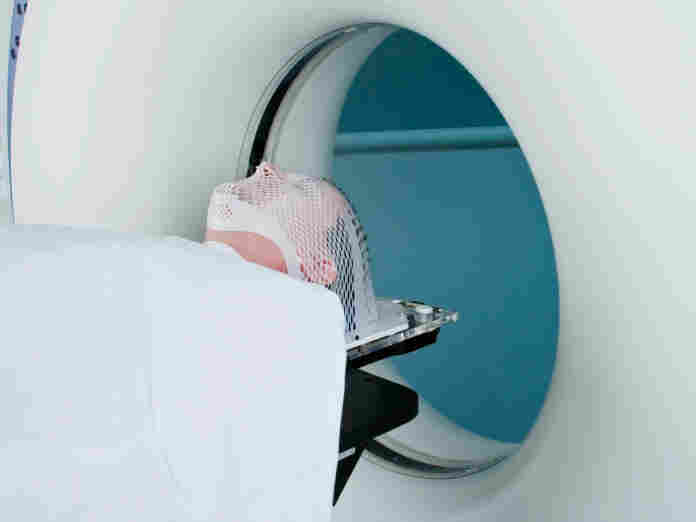 In 2009, Walt Bogdanich of The New York Times reported that more than 300 patients were over-radiated by CT scans at Cedars-Sinai Medical Center in Los Angeles. iStockphoto.com hide caption 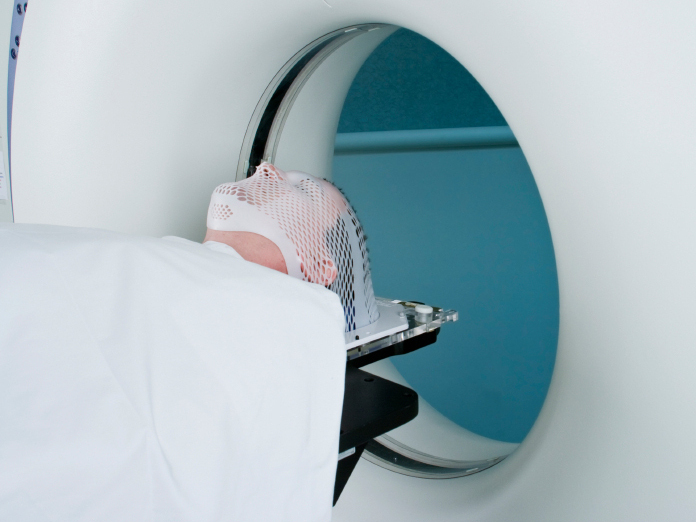 In 2009, Walt Bogdanich of The New York Times reported that more than 300 patients were over-radiated by CT scans at Cedars-Sinai Medical Center in Los Angeles.

Two years ago, New York Times reporter Walt Bogdanich received a tip from a source at a major New York City hospital. The source said premature babies at the hospital were receiving much higher doses of radiation during procedures than what was typically recommended. Some premature infants were receiving full body scans, with much higher doses of radiation, when a chest X-ray — with a much lower dose of radiation — would have sufficed.

"I think what caught my eye, other than the fact that babies shouldn't be over-radiated, was that this had been going on for some time," Bogdanich says. "And that told me that there was not proper oversight within the hospital and not proper oversight within the state government. ... That indicated to me that there was perhaps a systemic problem, and if it was happening at this New York hospital, then it probably was happening elsewhere."

Bogdanich's stories about over-radiation at the State University of New York Downstate Medical Center in Brooklyn prompted a state investigation, but problems at the hospital persisted.

"The state found that the problems had continued, even after we reported them, and that's where it stands right now," Bogdanich says. "At some point, I suppose there will be some discipline imposed, but it was quite surprising to us — and to the state — that after these serious issues were laid out on the front page of The New York Times that people in the radiology department were continuing to make mistakes."

On Monday's Fresh Air, Bogdanich discusses his ongoing Times series about the medical and regulatory issues that have arisen as radiation therapies have become more ubiquitous in both dental and doctors' offices.

"I think we made it clear [in the series] that these are wonderful devices [for treatment] that save countless lives, and people need to get it when they need them, but they need to ask questions," he says. "People were not asking questions, and, frankly, doctors who were treating the patients were not giving the patients the information they needed."

Sorting Out the Alphas, Betas and Gammas of Radiation April 1, 2011
CT Scanners Scrutinized For Radiation Risks May 17, 2010

Bogdanich reported that many radiation errors continued for weeks because few regulations are in place to catch calibration errors. One breast cancer patient, who was receiving precise machine-generated radiation, was over-radiated for 27 days in a row and eventually died after developing a radiation burn that extended down to her ribcage.

"The mistake should have been obvious to the operators that the proper radiation was not being delivered, and yet that was ignored 27 days in a row," he says. "This was one of the devices that has saved many people, but when it's used improperly and in a hurry without proper training, bad things happen."

The woman's over-radiation was part of a pattern Bogdanich found at facilities around the country. But under-reporting and the lack of regulatory agencies make finding the scope of the problem difficult. Both regulatory agencies and professional licensing requirements differ from state to state — and states can vary widely in their credentialing, radiation-dosage reporting, training techniques and medical error reporting.

"Many states do not require that accidents be reported, and there's no central place where different kinds of radiation accidents are reported," he says. "As a result, we really don't know when they happen."

In 2009, Bogdanich reported that more than 300 patients were over-radiated by CT scans at Cedars-Sinai Medical Center in Los Angeles. Some 260 patients received up to eight times more radiation than they should have. The errors continued for 18 months, until patients started losing their hair in a pattern that mimicked the treatment they received from the machine.

"These kinds of bald patterns, where it's as though you took a razor and a ruler and, in a perfect straight line, shaved the head — that doesn't occur in nature," he says. "What was amazing to me and, frankly, spoke volumes about our inability to recognize radiation injuries, is that this went on over and over and over again, and doctors saw this and for some reason never asked the patient, 'Recently did you have some kind of medical procedure on your head?' That would seem to be a very obvious question. ... And for some reason it wasn't."

Cedars-Sinai Medical Center said that upon discovering the overdoses, it immediately informed the appropriate government agencies, the Times reported in 2009.

"The hospital blamed its own flawed procedures for the overdoses. ... Its chief executive, Thomas M. Priselac, said the manufacturer could help to prevent future errors by improving its internal settings and by installing more safeguards," Bogdanich wrote. 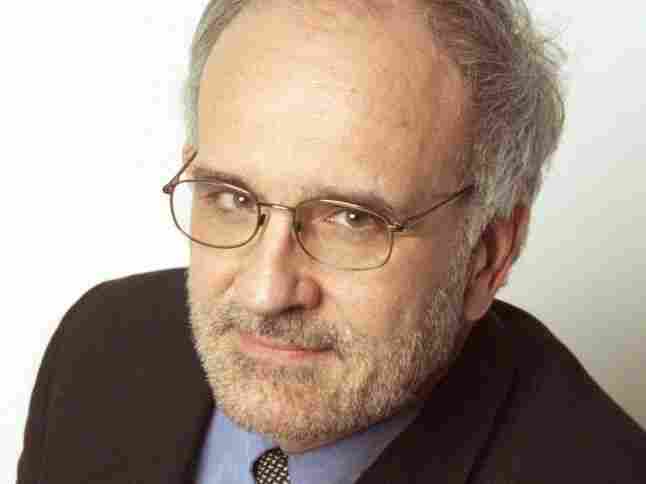 Walt Bogdanich has worked at The New York Times since 2001. He has won three Pulitzer Prizes for his reporting on faulty tests in American laboratories, fatal accidents at railway crossings and toxic substances found on products imported from China. New York Times hide caption 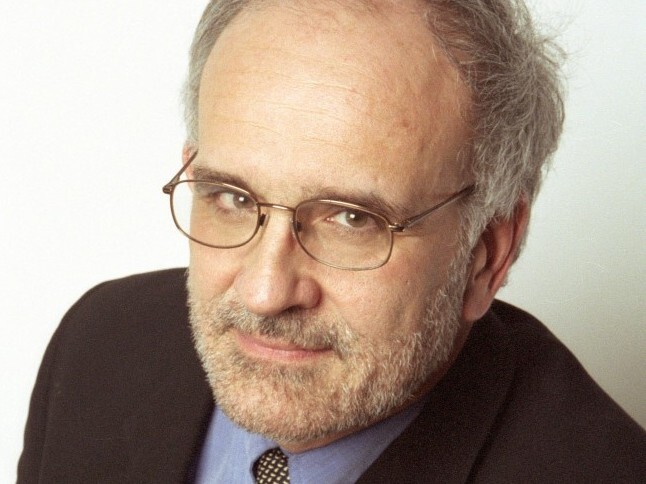 Walt Bogdanich has worked at The New York Times since 2001. He has won three Pulitzer Prizes for his reporting on faulty tests in American laboratories, fatal accidents at railway crossings and toxic substances found on products imported from China.

Bogdanich says the errors were not limited to California — they happened at other hospitals around the country. Part of the problem, he says, is that the machine's operators were not properly trained in how to use the radiation devices.

"Hospitals want more patients, and as soon as a new gee-whiz medical device comes out that is some live-saving device, every hospital wants to get them as quickly as possible, and sometimes they move too quickly," he says. "They buy them, they install them, they don't spend the kind of money necessary to properly train the staff and to develop the kind of protocols necessary to ensure that mistakes ... are minimized — and that wasn't happening."

Bogdanich also found that high levels of radiation are emitted in dental offices. Some doctors use improper developing techniques, which expose patients to radiation for longer periods of time. Others use slow film, which takes longer to develop, or use a device called the cone beam CT scan to provide patients with a 3-D image of their teeth and jaw.

Many parents are now encouraged to get a cone beam CT of their child's mouth before an orthodontic or surgical procedure. But Bogdonich says the device emits much higher levels of radiation than a typical dental X-ray.

"What struck me and merited further investigation is ... sources told me that parents are given the option of getting pictures of their child's mouth before they get braces — of having a cone beam CT scan or having their child merely have pictures taken of their mouth, regular pictures that don't use radiation," he says. "So you have an option of radiation on one hand or no radiation on the other hand. The radiation produces these incredible 3-D pictures, but dentists tell me that's not always necessary."

Children, he says, face a lifetime of radiation procedures, and many studies suggest that the adverse effects of radiation are cumulative. So limiting radiation exposure, particularly if it's not absolutely necessary, is a good idea.

"[You can ask your dentist] 'Is this imaging exam necessary? Is it necessary for me, every six months when I come in to have my teeth cleaned?" he says. "I think everyone should ask what speed film the dentist is using, and every patient should ask, 'Why are you not using digital?' And particularly for young adults who are about to have braces on, [ask] 'Is it really necessary to have this cone beam CT scan, or is there a way for you to get the images you need ... without using as much radiation?"

Similar questions can be asked at radiation oncology facilities, he says. Start with the oncologist and ask, "Is this facility accredited to do radiation therapy? ... How many procedures do you do? ... Has the operator [of the device] been properly trained and accredited? That's really all you can do, and it's really important for everyone to ask that question."