Accessibility links
College Students Navigate Financial Life For many high school and college seniors, graduation is a time of new beginnings and harsh realities. Their thoughts are turning to money — for tuition, rent and credit cards. The choices they make now about debt and finances could be with them for years to come. 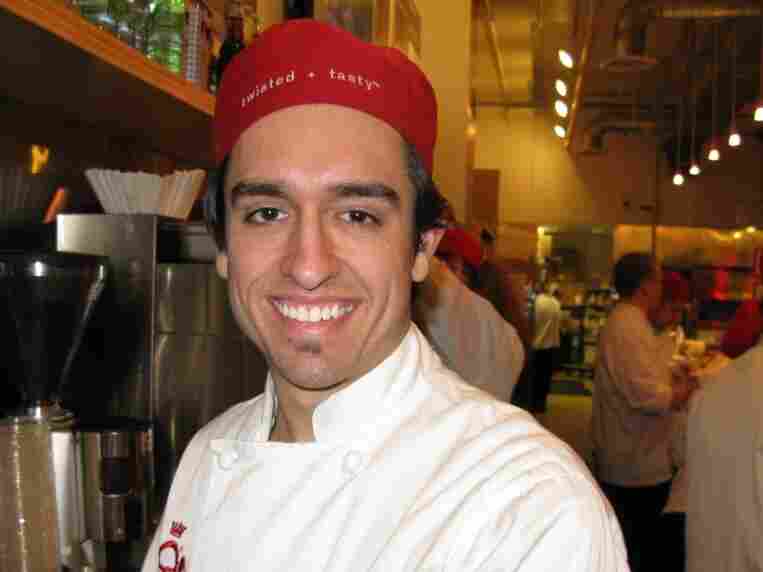 Brandon Smith is graduating from Columbia College in Chicago. He works part time at a sandwich shop downtown. Smith's college loans total $98,000, and he expects them to go higher. Cheryl Corley/NPR hide caption 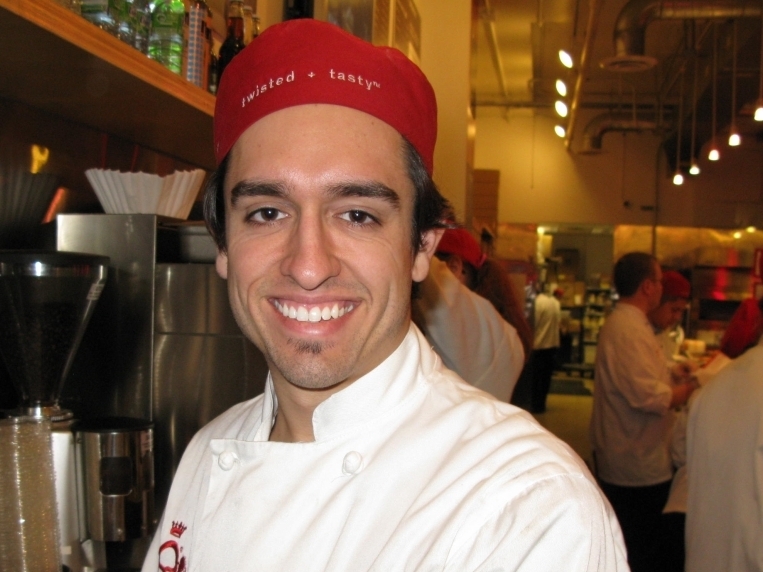 Brandon Smith is graduating from Columbia College in Chicago. He works part time at a sandwich shop downtown. Smith's college loans total $98,000, and he expects them to go higher.

For many high school and college seniors, graduation is a time of new beginnings and harsh realities. Their thoughts are turning to money — for tuition, rent and credit card bills. Three Illinois students have already made decisions about debt and finances that will be with them for years to come.

Depending On School Loans

Brandon Smith, 24, is a journalism student who started school at a community college in Ohio, transferred to a four-year state university, then moved to Chicago, where he now attends Columbia College. In all, it's meant six years in school. For the past couple of months, Smith has worked part time at a downtown Chicago sandwich shop. "I'm a barista, cashier, a prep cook, and I work in catering," he says.

Although he has worked some of the time to finance college, Smith depends mostly on government and private loans.

"I watch the interest rates on the loans I take out," he says. "But it's not like I have an option. If a student loan company wants to give me a loan at 10 percent and there isn't any other company that gives me a loan, I take it at 10 percent."

Smith says he didn't learn much in school about personal finance. At home, the emphasis was on minimizing debt. But when it came to education, the message was get the best you can, and a good job will follow — pay the loans off later. After recently checking his credit report, Smith found out he's mired in student loan debt. "It's sitting at [$98,000]," he says. "By the time I pay it off, it will be much more than that."

Smith doesn't know what it will take to pay it off. He says, "I have no idea what the future holds, and that's scary." 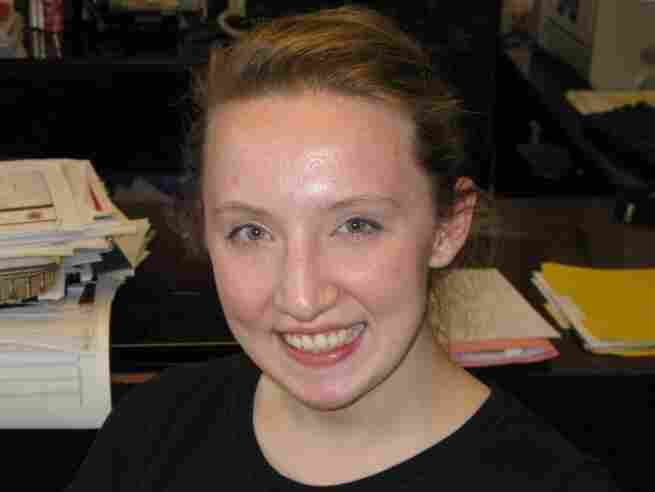 Brittany Langmeyer is a graduate of Loyola University in Chicago. She works as the productions and marketing manager for StreetWise Magazine. She and her father are splitting the cost of college. Cheryl Corley/NPR hide caption 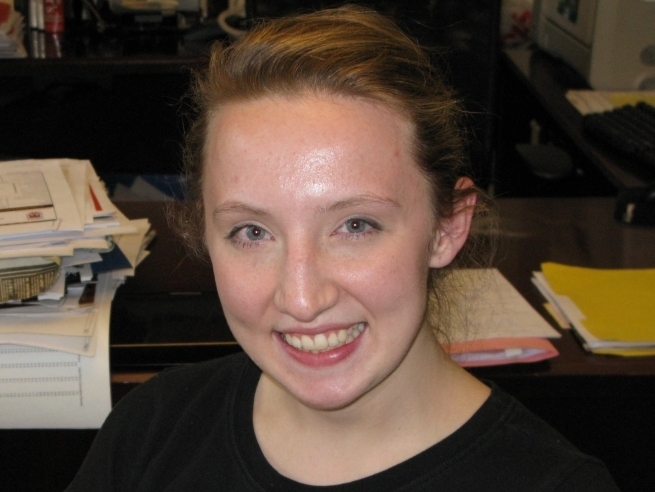 Brittany Langmeyer is a graduate of Loyola University in Chicago. She works as the productions and marketing manager for StreetWise Magazine. She and her father are splitting the cost of college.

Another student, Brittany Langmeyer of Indiana, just graduated from Loyola University in Chicago. The 23-year-old has a double major in theater and journalism and a double minor in political science and dance.

This past school year, she lived off campus with three roommates — all of them penny pinchers.

Langmeyer says she learned how to keep utility costs low after she boosted the heat during cold winter nights and was shocked by the subsequent bill. She and her roommates work to keep each other in line. "We talk about 'OK, we can't go out this weekend because we went out last weekend, and we already spent that money," she says. "Or 'let's cook pasta and share it' or 'you buy this and I'll buy that, and we'll eat that for the next two days.' "

Yet Langmeyer only recently started to budget, and she'll leave college deep in debt. Her mix of private and federal school loans totals between $60,000 and $70,000. Plus, her father took out about $50,000 in loans on her behalf.

"My mom has always said, 'You know, Brittany, paying a student loan is a way of life, just get used to it. Don't hinder yourself because of money,' " she says.

Langmeyer hasn't figured out how many years it will take to pay off her portion of the debt. She plans to work that out with her father. But she says she didn't begin thinking about the consequences of her finances until late in the game. "I feel like I started to be concerned about, 'Oh, my gosh, I need to pay these loans. How many loans do I have?' " she says. "And I don't know why I never took more interest in it early on. I think it made me nervous." 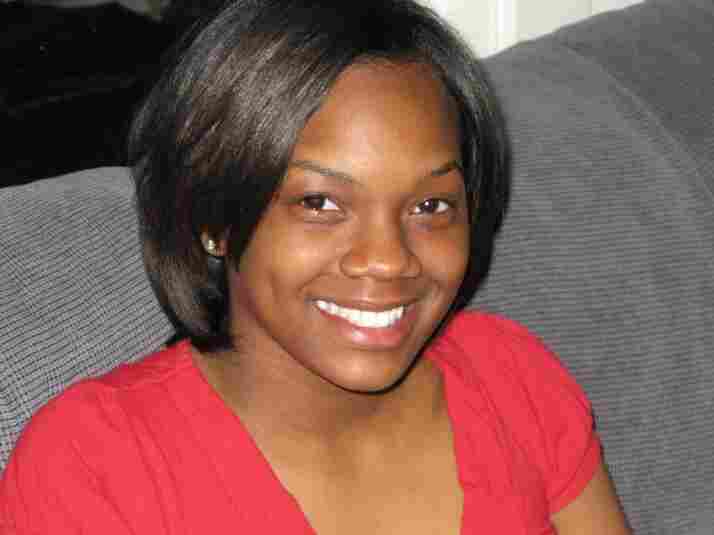 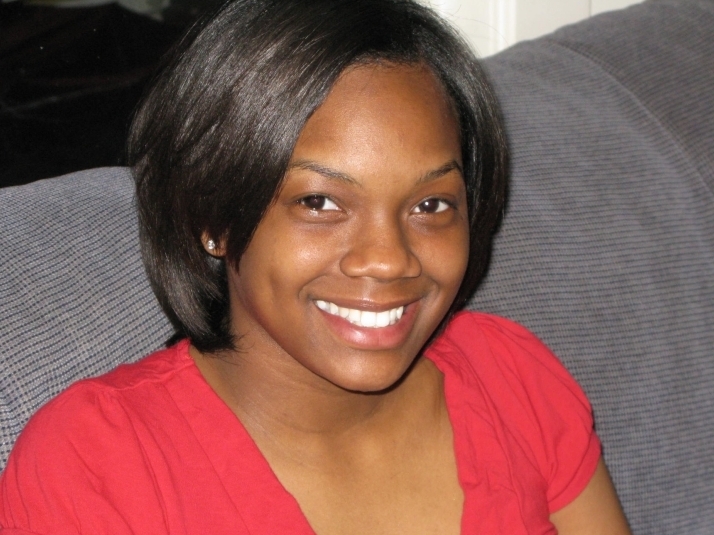 Skyy Calice attends Bradley University in Peoria, Ill. She's majoring in criminal justice and sociology. She plans to become a police officer, like her father.

At Bradley University in Peoria, Ill., 20-year-old Skyy Calice lives with three of her sorority sisters in a house off campus. She says as a freshman, she relied heavily on her parents for money.

But Calice says when she decided to move off campus her junior year, her parents said she was on her own. "I had to get my act together financially," she says.

Calice is a double major in criminal justice and sociology. She says when it comes to finances, she knows the basics. Living on her own has taught her to budget, but she has made some missteps.

"I actually got caught up spending a little too much — doing a little extra shopping when I should have been paying bills," she says. "But I've never been in any serious financial trouble. I've never had any credit cards just because, you know, I don't want to take that path."

At this point, Calice says her school loans are enough to think about. She has received $24,000 in scholarships and grants each year and funded the rest of her education through loans. Her loan debt when she graduates this December will be slightly more than $30,000.

Calice doesn't think that's so bad. "I talked to other people — their loans are that in one year," she says. "So I'm really not excited about paying them back, but I'm glad that it was such a low number."

And while dreading the loan payback, Calice says she'll manage. She has a job now at a juvenile detention center and later plans to become a police officer.