Accessibility links
Is The L.A. Food Truck Bubble Ready To Burst? With more and more entrepreneurs starting up food trucks in Los Angeles — and corporate trucks like Domino's getting into the act — some fear the once-underground foodie scene has been co-opted. And some food bloggers and trend watchers are predicting the movement's demise. 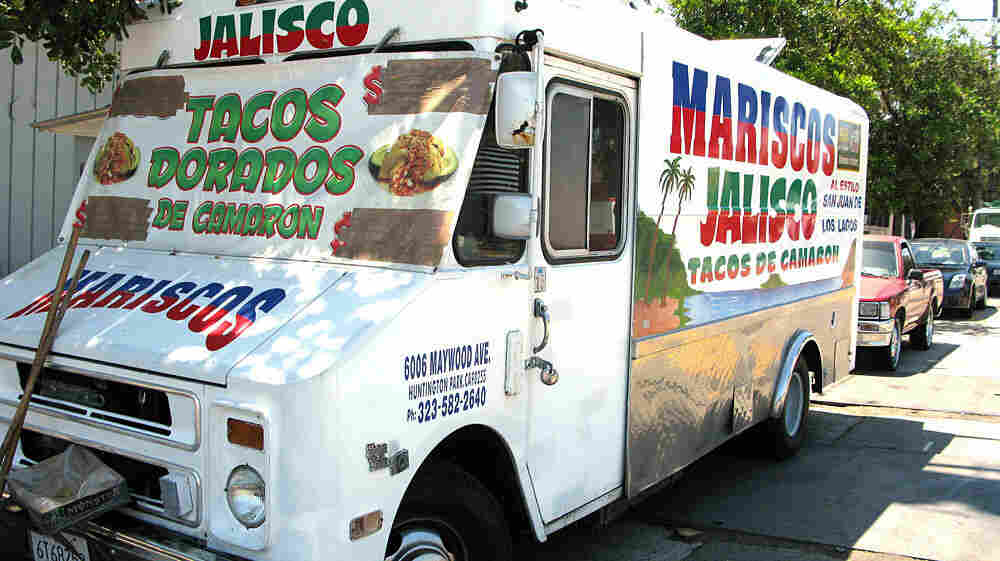 "It seems like every day, you see a new truck on Twitter," says Matt Chernus, who co-owns Grill 'em All. "It's getting to the point where you've got to wonder if this city can really hold this many trucks. Once you start seeing a copycat of every truck, you're going to see a downward spiral."

Chernus's heavy metal-themed meals-on-wheels came in first place in the reality TV show "The Great Food Truck Race" last year. He says there has been some infighting over territory and bragging rights between truck owners.

"I think everybody's cool at the end of the day, but of course there's always gonna be some smack talk going on between truck operators," Chernus says with a devilish smile. "I mean, I've definitely partaken in it."

Some food bloggers and trend watchers are predicting the movement's demise. Some sites even make merciless fun of the hipster food armada. The backlash confounds chef Roy Choi.

"Why are they hating so much?" he says.

"You're the same ones that came wide-eyed like a doe and said, 'Wow, this is like so awesome,'" Choi says of the bloggers and journalists who have turned against the food trucks. "Now all of sudden, we ain't good enough for you? If push comes to shove, I rep the streets, you know? We never started these trucks claiming to be anything more than we were."

The cat's out of the bag, and people with trucks just want to make a buck. People got in like the gold rush and a lot will fall by the wayside.

Now, it seems everyone is trying to get in on the winning formula, says Josh Hiller, co-owner of Road Stoves, which leases and promotes custom-equipped trucks to Kogi and a dozen others.

"We've had all the calls: 'We want to do Korean Mexican fusion, just like Kogi,'" says an exasperated Hiller. "You don't just knock someone off. But the cat's out of the bag, and people with trucks just want to make a buck. People sort of got in like the gold rush and a lot will fall by the wayside."

Now, corporate fast food chains like Jack in the Box and Domino's are getting in on the act, and some fear the underground spirit of the gourmet trucks is being co-opted.

"There's a lot of food trucks that are out there that we started with that have already gone out of business," says Eric Tjahyadi, co-owner of the French-Asian fusion truck and restaurant Komodo. "So now, it's kind of like survivalism. If you're gonna be a random hot dog truck vendor or whatever, you will be eaten alive by the competition. But creating a product that's compelling and unique helps." 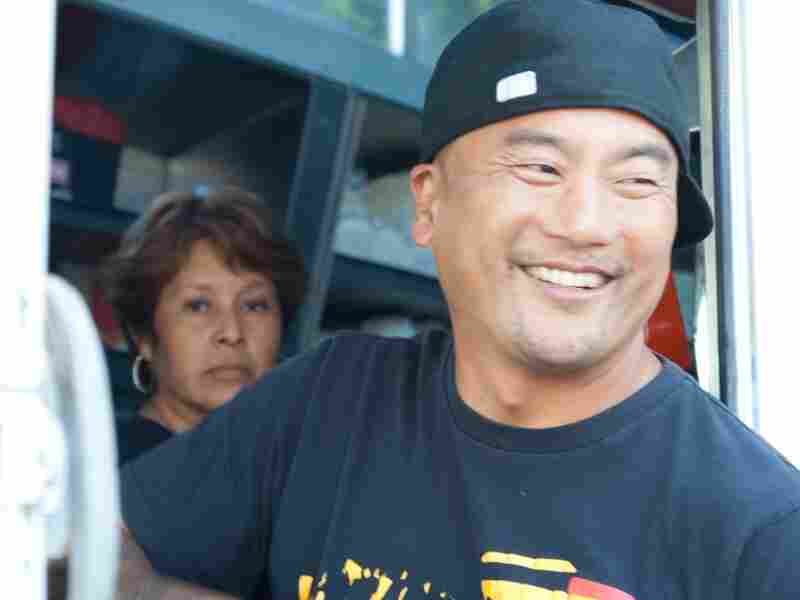 Chef Roy Choi, owner of Kogi food truck, says he's confounded by food bloggers and trend watchers predicting the food trucks' demise. "Why are they hating so much?" he says. Courtesy of Eric Shin hide caption 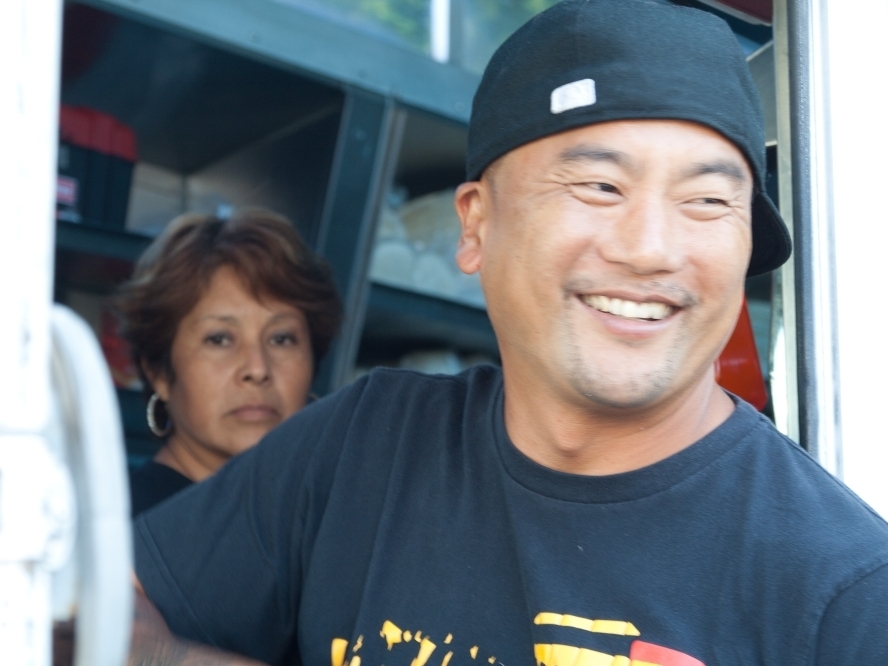 Chef Roy Choi, owner of Kogi food truck, says he's confounded by food bloggers and trend watchers predicting the food trucks' demise. "Why are they hating so much?" he says.

Ortega and others in an association called the Loncheros Unidos are upset that some of the new food trucks seem to steal business from them and from established restaurants. Ortega also worries the attention may prompt more police crackdowns and city regulations.

"They don't understand this kind of business," Ortega says of many new food truck owners. "It takes a lot, a lot of work. A lot of patience, too."

Last year, Mariscos Jalisco competed against hipster trucks at the L.A. Street Food Fest. Ortega had to tow his broken-down taco truck to the Rose Bowl location, but he ended up winning "Best in Show" and the "People's Choice Award."

"I don't consider myself gourmet," Ortega says, "but we have something good. There's a secret recipe in there. A lot of people want it. Too bad."

Ortega sits back, amused. He's been around for more than a decade and says it will be interesting to see which of the newbies remain when the food truck bubble in Los Angeles finally bursts.