Accessibility links
When The Levee Breaks: Ripples Of The Great Flood Along the mighty Mississippi River, rising waters carry musical echoes of the river's long history of floods. Many of those sonic tributaries reach back to perhaps the worst one in U.S. history: the Great Flood of 1927. Its history can be found in textbooks, but it comes to life in music. 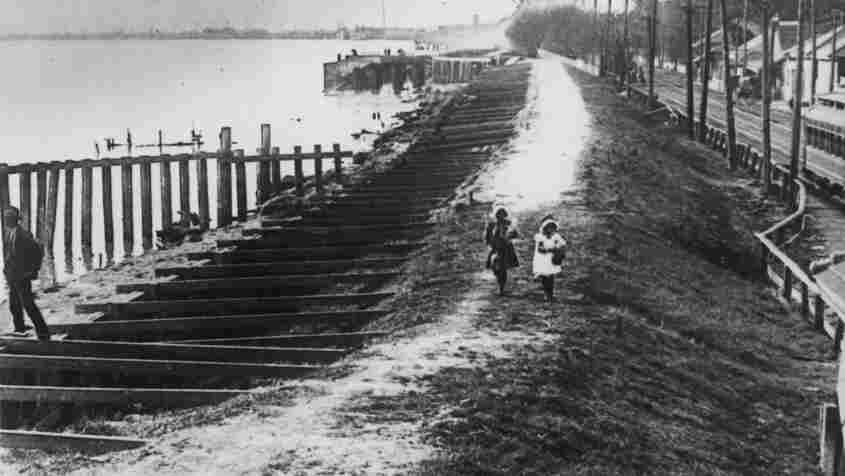 A levee on the Mississippi River in Louisiana during the Great Flood of 1927. Hulton Archives/Getty Images hide caption 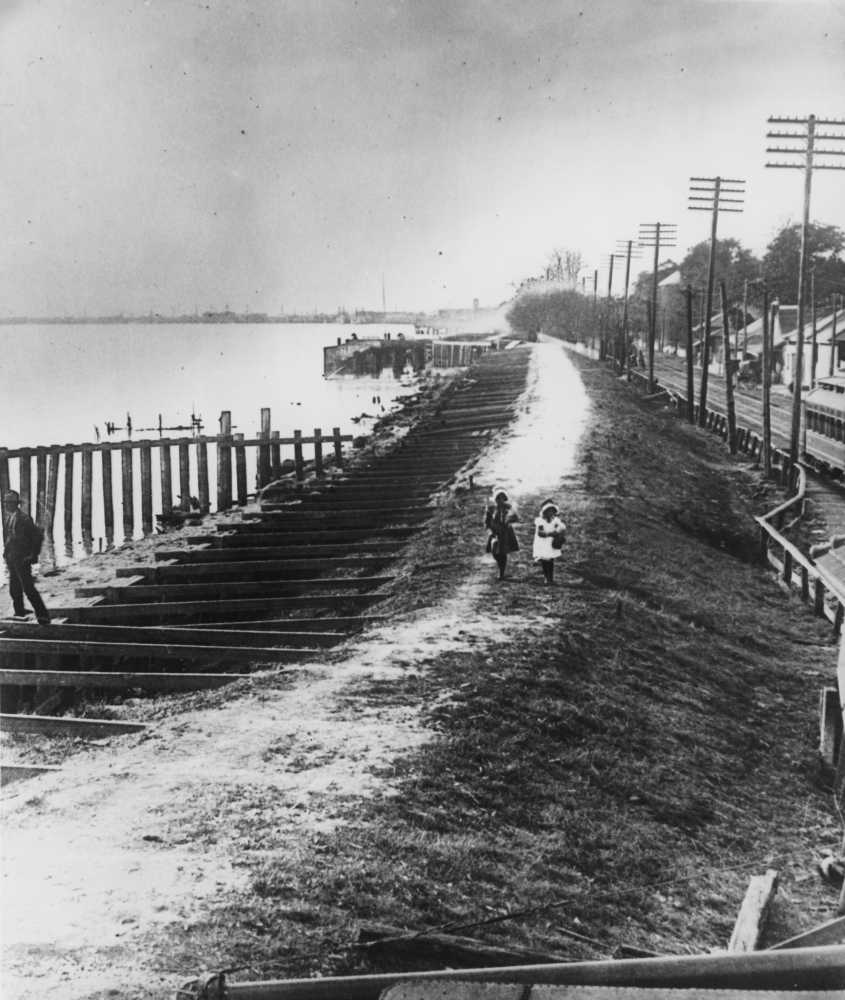 A levee on the Mississippi River in Louisiana during the Great Flood of 1927.

Along the mighty Mississippi River, rising waters carry musical echoes of the river's long history of floods. Many of those sonic tributaries reach back to perhaps the worst one in U.S. history: the Great Flood of 1927. That catastrophe shaped how future generations of farmers, families and even governments would cope with floods.

The history of the 1927 flood can be found in textbooks, but it comes to life in music. In an interview with Luther Brown, director of the Delta Center for Culture and Learning at Delta State University in Mississippi, All Things Considered host Michele Norris plays him Charley Patton's "High Water Everywhere, Part 1" from 1929.

"This song is a documentary about the flood," Brown says. "In Part 1, he includes the lyrics, 'I would go to the hill country, but they got me barred.' And the reason he says that is that he'd like to get out of the Delta and find higher ground, but he's not allowed to. Many of the African-Americans weren't allowed to leave and were forced to stay, although the white citizens were typically allowed to leave."

An Act Of God

The Great Flood meant great suffering and misery for blacks up and down the Mississippi River. But many also thought of the flood as a harbinger of hope.

"African-Americans viewed the flood as an act of God that liberated them," Brown says. "In the 1920s, the vast majority of that black population made their living by sharecropping. Everybody got by on credit. The flood made it obvious that there was not going to be a crop during that year, so they were not facing one year of barely breaking even or being able to pay off debt, but two full years. Some people turned the whole story on its head and said that the Lord had washed away the debt and liberated the black sharecroppers to move on to other employment. Many of them did. They left the Delta and participated in the Great Migration and headed north and went to Chicago or Detroit or some other metropolitan area and sought new employment."

The flood inspired not only the blues, but also other forms of roots music.

"Ethnomusicologists tell us that there were about two dozen blues songs that were written specifically about the flood in the couple years that immediately followed it," Brown says. "There was probably an equivalent number of gospel songs. And then some of those songs have been re-presented by more recent artists, so the ripples of the flood continue to be with us."

'They're Trying To Wash Us Away'

Charley Patton influenced musicians for decades to come. More than 70 years later, Patton's music about the Great Flood received a tribute from a musician who is legendary in his own right: Bob Dylan released "High Water (For Charley Patton)" in 2001. The rhythm of the music sounds like the constant churn of unrelenting water, a signature Patton sound.

Dylan paid tribute to another song from the Great Flood: 1929's "When the Levee Breaks," by Memphis Minnie and Kansas Joe McCoy. The song was also covered by Led Zeppelin in 1971 with the same words, but the band completely rebuilt the musical structure.

When these sentiments re-emerge, it's like old wine in a new bottle. When Randy Newman wrote "Louisiana 1927" in 1974, he reached back to the Great Flood.

"[Newman] says, 'They're trying to wash us away,' " Brown says. "And the reason he says that is that in 1927, the political elite decided that to save New Orleans, they would blow up the levee and basically destroy St. Bernard and Plaquemines Parish. The people who lived there who were flooded out after the levee was blown were never compensated for their loss. They were washed away. 'They're trying to wash us away.' "

For Brown, Memphis Minnie's "When the Levee Breaks" remains the ultimate flood song. He says it has a "plaintive nature to it that if it keeps on raining, the levee's gonna break; there's nothing you can do about it."