Accessibility links
Politicians And Their Wives: What's Fair Game? Political wives and their messy marriages have been at the top of the news this week — from Maria Shriver to Callista Gingrich to Cheri Daniels. It's not a new phenomenon. Says one political consultant: "There is no definition of fair game. So whatever you think it is, you can disabuse yourself of any of that notion." 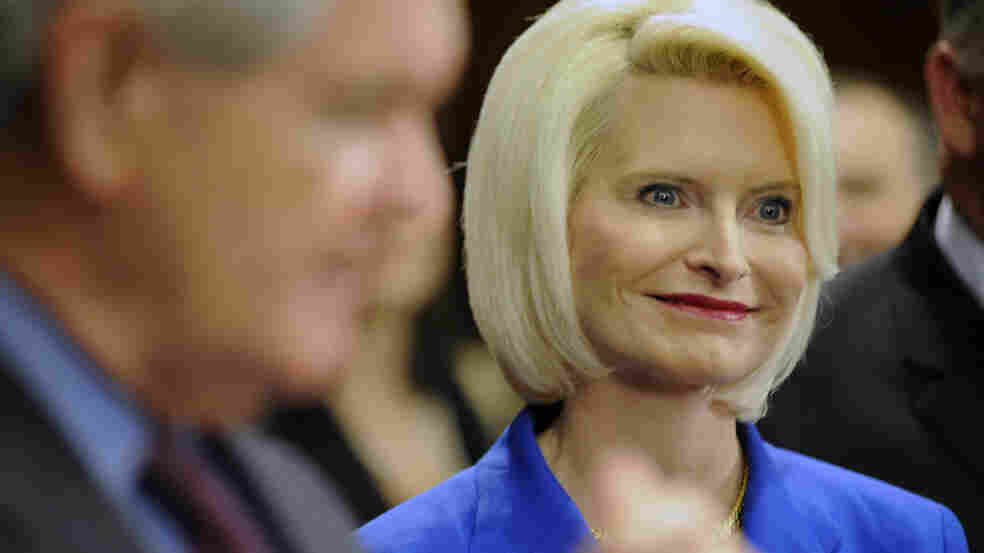 Republican presidential candidate Newt Gingrich has acknowledged having an extramarital affair with Callista (above), then a congressional aide and now his third wife, while he was married to his second wife. Mike Stewart/AP hide caption

Political wives have been at the top of the news this week.

There's Maria Shriver and her husband's infidelity; Callista Gingrich, the third wife of presidential candidate Newt Gingrich; and Cheri Daniels, the politically reluctant spouse of Indiana Gov. Mitch Daniels who, years ago, divorced her current husband, married another man, then came back.

It's striking, really, considering it wasn't so long ago that the private lives of politicians were considered off limits, and even protected by the media.

Not so today. The question is asked every election: What right to privacy does a candidate's family have — and what's fair game? 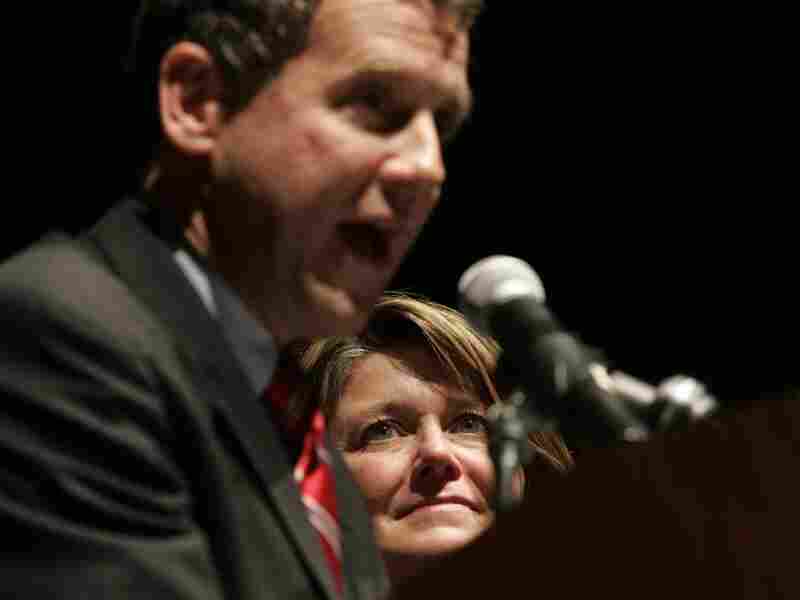 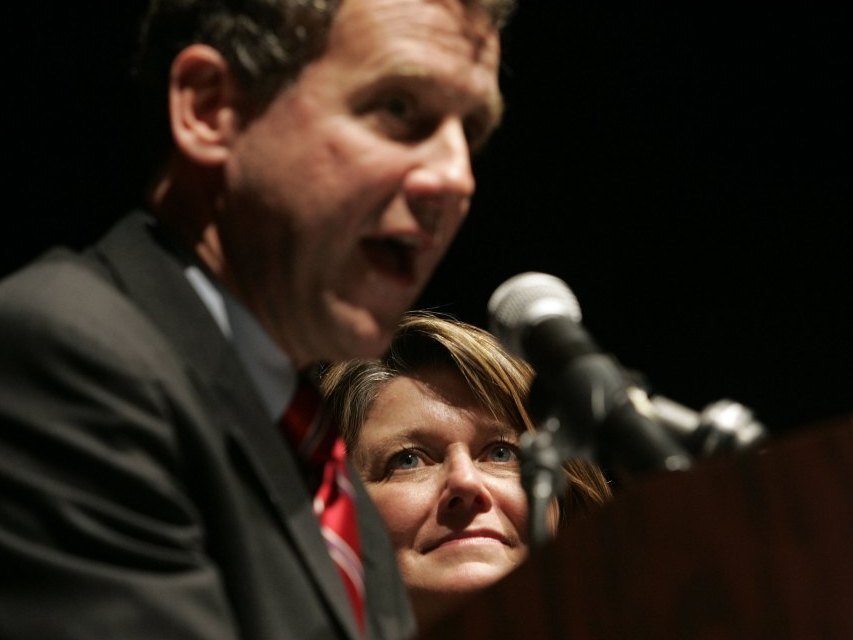 Connie Schultz, a Pulitzer Prize-winning journalist, watches as her husband, Ohio Democrat Sherrod Brown, gives his victory speech after being elected senator in 2006.

"There is no definition of 'fair game,' " says Republican political consultant Mary Matalin. "So whatever you think it is, you can disabuse yourself of any of that notion."

Matalin has worked with some of the most powerful politicians in the country. She says being the wife of a high-profile candidate — along with the accompanying media exposure and the combing through your past — is just awful.

When a nasty campaign hurts the family's children, says Matalin, even the most steeled political wife breaks down.

There is no definition of 'fair game.' So whatever you think it is, you can disabuse yourself of any of that notion.

Connie Schultz is a Pulitzer Prize-winning journalist, a columnist for the Cleveland Plain Dealer, and for the past seven years, the wife of Ohio politician Sherrod Brown.

"I was not prepared for morphing into a mere appendage of my husband's campaign," she says.

Schultz campaigned with her husband when he ran for the Senate in 2006. She says young staffers, or even just bystanders at political events, would tell her to cut her hair, wear other clothes or act differently onstage.

Schultz thinks this is, at least in part, plain old-fashioned sexism. "I wanna buy tickets to that show if anyone thinks they're going to start lining up husbands and telling them how to behave," she says.

Schultz believes that it's up to the individual candidate and spouse to set the boundaries of their privacy, and that they should then defend them vigorously. The voracious appetite for private details, she says, doesn't do anybody any good. 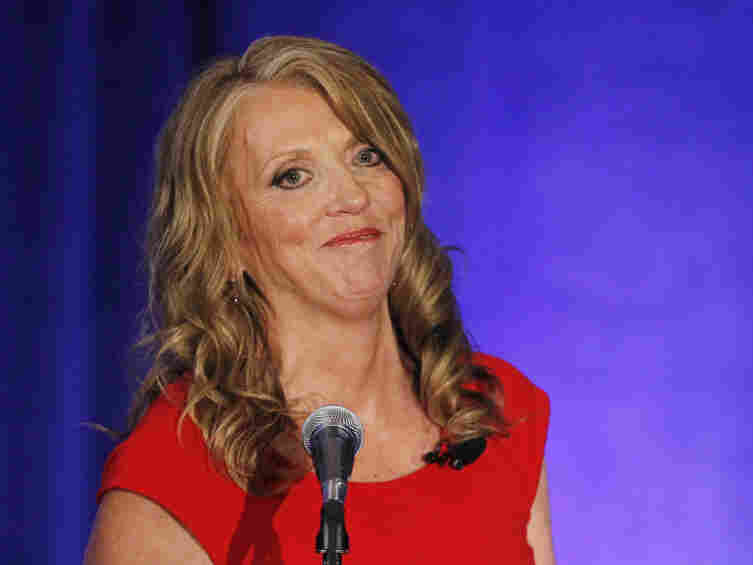 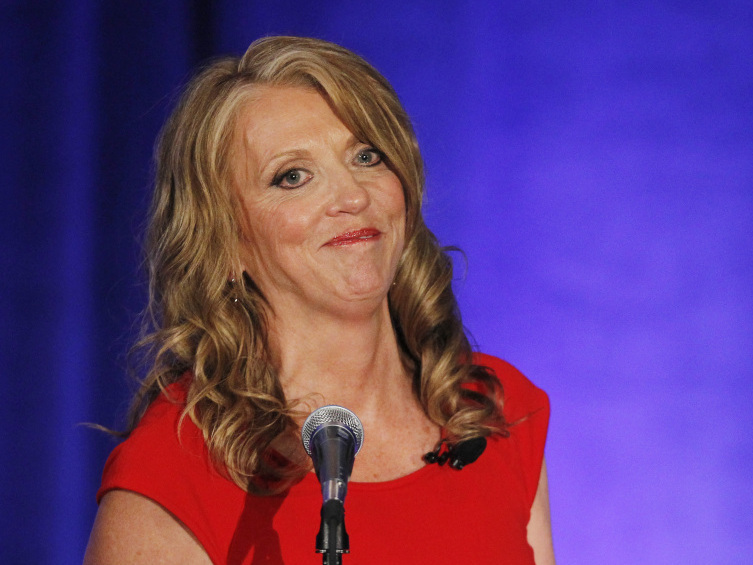 Indiana's first lady, Cheri Daniels, speaks at the state Republican Party fundraiser in Indianapolis in May.

Using It To Your Advantage

To be fair, it's not just the media and gossip bloggers digging down deeper every election. The candidates themselves often use the story of their private lives to show their strengths.

Newt Gingrich talks often about how, after two earlier marriages, his current wife, Callista, led him to his Catholic faith.

And Matalin says she would urge Indiana Gov. Mitch Daniels to tell his story of a broken family later reunited if he runs for the Republican nomination.

"I think that's a good trend," she says, "and the only way to deal with the invasion, and the voyeurism that marks our politics of today."

And perhaps, says Matalin, voters will get so used to hearing about messy lives and messy marriages, that they'll lose interest in those private details and restore some boundaries in politics.