Accessibility links
Study: Changes Of 1960s Behind Abuse Crisis Commissioned by the U.S. Conference of Catholic Bishops, the five-year study finds neither homosexuality nor celibacy at fault. Critics take issue with placing blame on what they call the "Woodstock defense," as well as the study's decision to define pedophilia as abuse only of those 10 or younger. 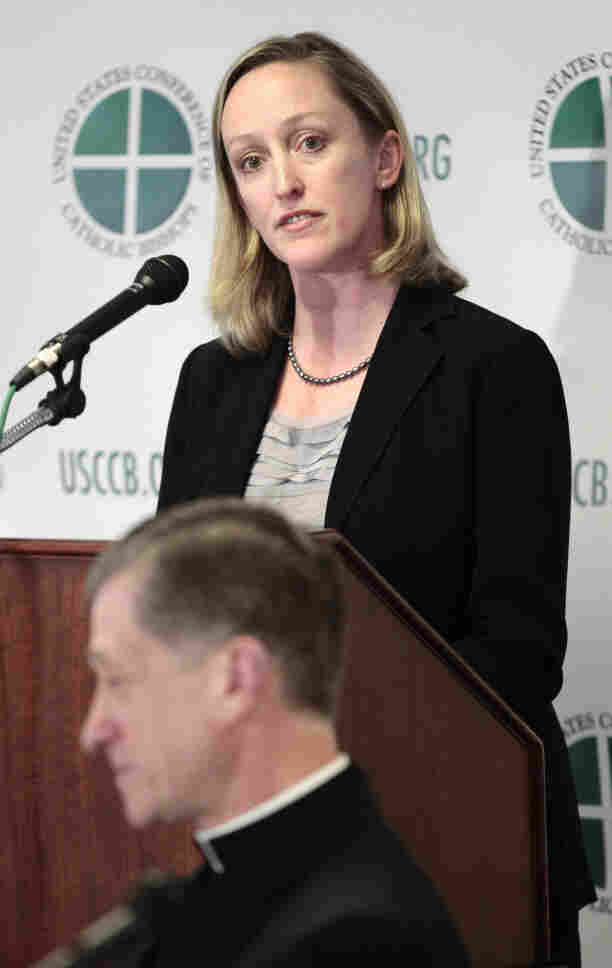 Karen Terry of the John Jay College of Criminal Justice and Bishop Blase Cupich of Spokane, Wash., are seen during a news conference by the U.S. Conference of Catholic Bishops to release the findings of a study analyzing the pattern of clergy sex abuse. Pablo Martinez Monsivais/AP hide caption 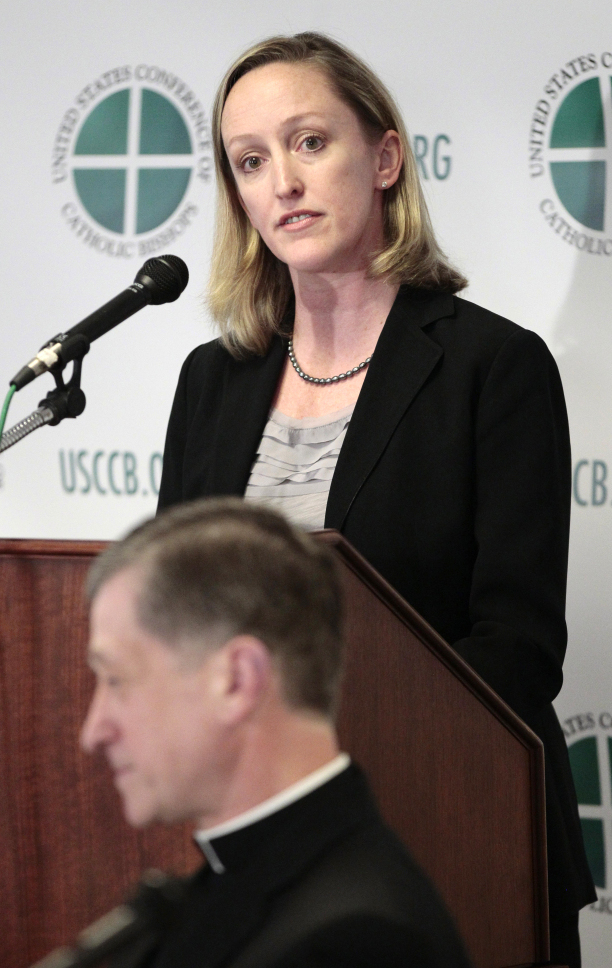 Karen Terry of the John Jay College of Criminal Justice and Bishop Blase Cupich of Spokane, Wash., are seen during a news conference by the U.S. Conference of Catholic Bishops to release the findings of a study analyzing the pattern of clergy sex abuse.

Why did the Roman Catholic Church experience a sexual abuse crisis? There are no simple answers, according to a five-year study by the John Jay College of Criminal Justice that was released on Wednesday. But the reasons suggested in the report are unlikely to satisfy critics of the church.

Karen Terry, the principal investigator of the study, wants to debunk myths about the reasons behind the crisis. First, she says, "homosexuality is not a cause of this sexual abuse crisis."

After conducting surveys, seeing files and interviewing clerics, Terry says the researchers found that men who self-described as gay were no more likely than heterosexuals to abuse children. Rather, this was a crime of opportunity — troubled priests had more access to boys than girls, particularly in the 1960s and '70s, when the number of cases spiked.

Second, Terry says: "Celibacy itself is not a cause of the abuse crisis."

In fact, Terry says that nothing — not psychological exams, intelligence tests nor developmental history — predicted which priests would become abusers.

So what does explain the rise in abuse? A major reason, she says, was the 1960s.

A lot of us went through the '60s, and very few of us reacted to the pressures of that interesting decade by sexually abusing children.

"A lot of us went through the '60s, and very few of us reacted to the pressures of that interesting decade by sexually abusing children," McKiernan says.

McKiernan heads the watchdog group BishopAccountability.org. He believes the report, which was partly paid for and overseen by the church, is flawed top to bottom. But what gets McKiernan really mad is what principal investigator Terry calls the report's central finding: that this is not a problem of pedophilia.

The researchers define pedophilia as abuse of anyone 10 or under, and by that definition, only 22 percent of the cases fall in that category. But McKiernan notes that the American Psychiatric Association puts the line at anyone under 14.

Is The Crisis Over?

However you define it, Terry says that once the church recognized the scope of the problem, it addressed it. Beginning in the early 1990s, she says, bishops set up systems to prevent abuse and to better screen problem clerics.

"The abuse crisis is over," she says. "But the response to the abuse continues, and there has to continue to be accountability and transparency from the bishops to address this problem."

She says some dioceses are better than others, but overall, they have made great progress — a claim that even some critics agree with.

But David Clohessy of the Survivors Network of Those Abused by Priests, a victims' group, wonders how it could be known that the crisis is over. It can take years for a victim to muster the courage to come forward. Moreover, he says, the bishops aren't always forthcoming about the number of abusive priests in their dioceses.

"Every single time there's an independent look at clergy sex crimes, whether it's a prosecutor or a grand jury or a governmental investigation, the percentage of accused child-molesting clerics jumps dramatically," Clohessy says.

He points to the Archdiocese of Philadelphia. Earlier this year, a grand jury report found that 37 priests who had been accused of abuse were still serving in active ministry. Soon after that, the archdiocese suspended 26 priests.

Study Finds Homosexuality, Celibacy Did Not Cause Catholic Sex Abuse Crisis May 18, 2011